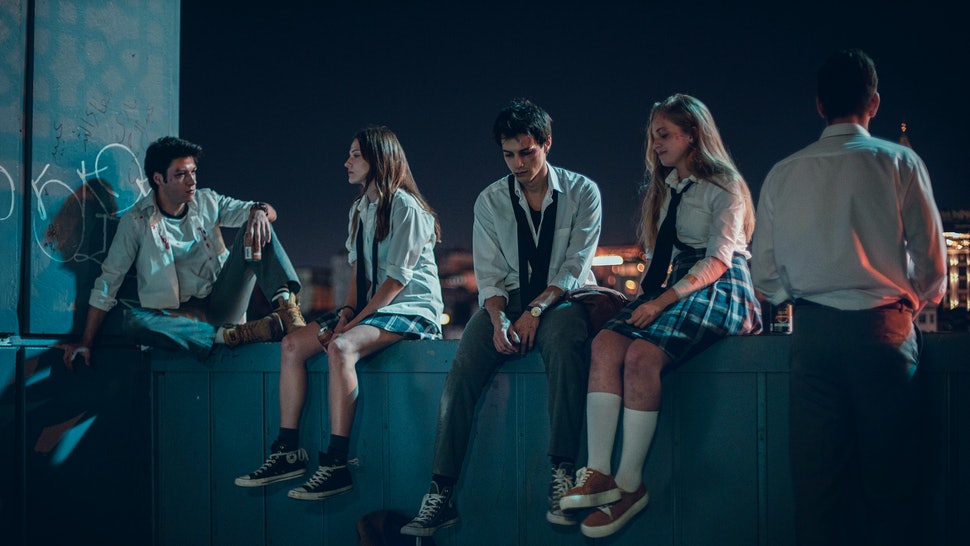 When I first started watching ‘LOVE 101’ I was under the impression that it’ll just be another quirky teen drama which barely scratches the surface of any impressionable didactic themes. I was too iffy about its generic premise, its seemingly clichèd characters, and of course, its high school setup. And knowing that there are many teenage-dramas out there floating aimlessly, I didn’t really expect much from this one. However, ‘Love 101’ has gone above and beyond my expectations. Sure, it is flawed and often collapses into exaggerated melodrama. It is still a very well crafted coming-of-age teenage show that has the right amount of fun, depth, and of course, relatable tales of teenage hi-jinks. In a nutshell, ‘Love 101’ is a fun ride, with its characters being its strongest suit.

A group of high misfits ends up in detention together. In the meantime, the school’s staff votes to decide whether they should be expelled or not. With just one vote in their favor, their expulsion gets canceled and they are allowed to stick around. However, the principal of the school seems to be too determined to get them out of there. His wish comes true when the teacher who was against their expulsion gets transferred to another school. With the threat of getting debarred lurking on their heads, the students devise a perfect plan to make that one teacher stay. And while they are at it, all of them go through a major catharsis which forces them to learn the importance of being themselves instead of conforming to the norms that the world throws at them.

The plot choices of ‘Love 101’ seem quite undemanding. As a consequence of this, many of its characters also fit into the genre’s stereotypes. But as the show progresses, it takes an unflinching look at the world of these teenagers and shows what truly lies behind their perfect laidback demeanors. Although it does take a few episodes to find its feet, ‘Love 101’ truly shines when it highlights the lives of its characters who act like real teenagers in all of their chaotic and irrational glory.

I may have tipped my hand into its amazing music choices, but, for me, its true narrative strength comes from the exploration of all the issues that its characters face as they slowly approach adulthood—dealing with insecurities, coping with peer pressure, learning to accept love, and getting over abandonment. While it explores these themes it intentionally indulges in the personal lives of these characters and portrays them getting involved in risky behaviors. Although some viewers may have a problem with this, it plays a key role in making its storyline consequential.

Speaking of the characters, they are not always likable but have an emotional genuineness and depth. While you watch them in action, you can’t help but recall something similar that you might have done or known someone who did. Out of all the young characters involved, the one that truly leaves a mark on you is Sinan, a boy who not only struggles to fit in but has also been abandoned by his own parents. And it’s his part of the story that leaves you with some very deep, touching moments underlining the hardships of a teenager beyond the life of his school. Mert Yazicioglu, the actor who plays him does an exceptional job in capturing the raw emotions and honesty of his character.

One major flaw of ‘Love 101’ is that it attempts to expand its targeted audience by blending the lives of various adult characters into its ongoing teen narratives. This, at times, makes its overarching story more poignant but also drags the show towards its end. Moreover, the narrative that involves the story of its adult characters often gets lost in its forced commentary on “the true meaning of love,” societal beauty standards, and even feminism.

Overall, ‘Love 101’ has the perfect feel-good vibe, trades in realism, avoids stereotypes, and has a simple yet moving premise. There may be a lot of stigma around coming-of-age shows these days and rightfully so. But unlike most others, ‘Love 101’ manages to be a lot more than a guilty pleasure. It is almost reminiscent of other popular teen dramas like ‘The O.C’ and ‘Skins’ that lured younger audiences back in the mid-aughts.