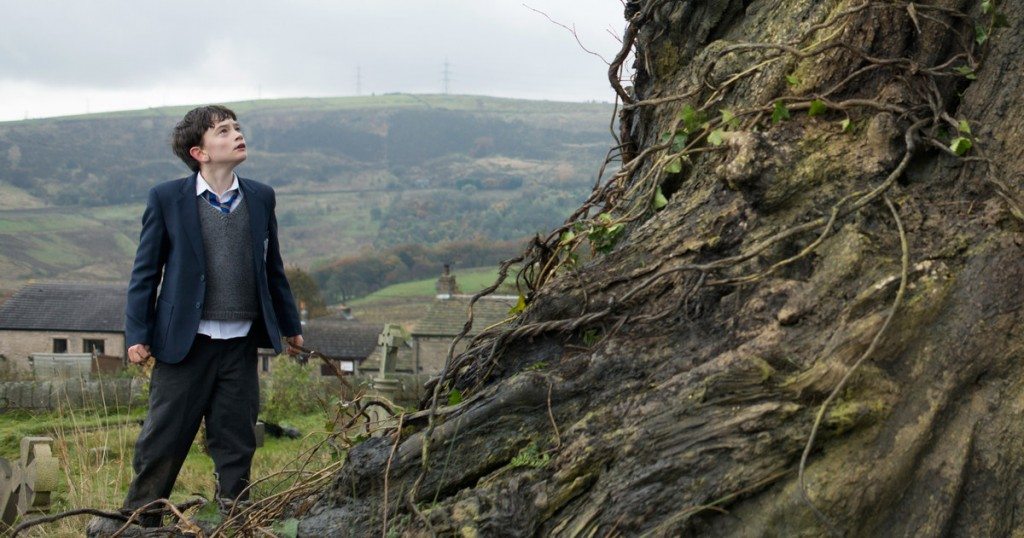 Walking into this film I did not know what quite to expect as I knew little about the work or its history. Based on the acclaimed novel by Patrick Ness, the film is a dark fantasy about a child coming to terms with impending death of his mother (Felicity Jones) and a magical tree that comes to life to aid him on his journey.

Conor (Lewis McDougall) is a deep thinking artistic little boy who is bullied relentlessly at school, struggling with the knowledge that his mother has terminal cancer and can do little, his father is not around and his relationship with his grandmother  (Sigourney Weaver) is sky at best. He feels utterly alone. Late one night a giant tree comes to life and visits Conor telling the child he will tell him three stories and when finished he expects Conor to tell him a tale of his one, filled with truth. The stories he tells will obviously help the boy on his journey to find some peace with losing his mother.

The tree is a marvel of visual effects voiced by Liam Neeson, who brings warmth to the character but also a sense of danger. With him comes darkness and destruction, both part of life be it physical or emotional.
The performances in the film are very good, young McDougall especially good as Connor grappling with things he does not yet understand (who does?) and trying to be brave in the face of something he cannot bear. His truth is greatest fear and yet something he knows he cannot live without doing. The tree helps give him the courage to do so. One gets the sense throughout the film that the tree is the spirit of his late grandfather and it is odd that in photos it is Neeson who is his grandfather.
Felicity Jones is devastating as the mother dying of cancer, carpeting a realism that must be seen to be believed. This is no noble death but a hard, terrible one that tears her body and mind to pieces before she finds peace. Directed by J.A. Bayonne, who gave us The Impossible (2012) it is a unique sort of fairy tale, one grounded in the harsh realities of life.
Rating: 3/5