‘Only the Brave’ Review: Old-Fashioned Thriller with Stunning Visual Effects 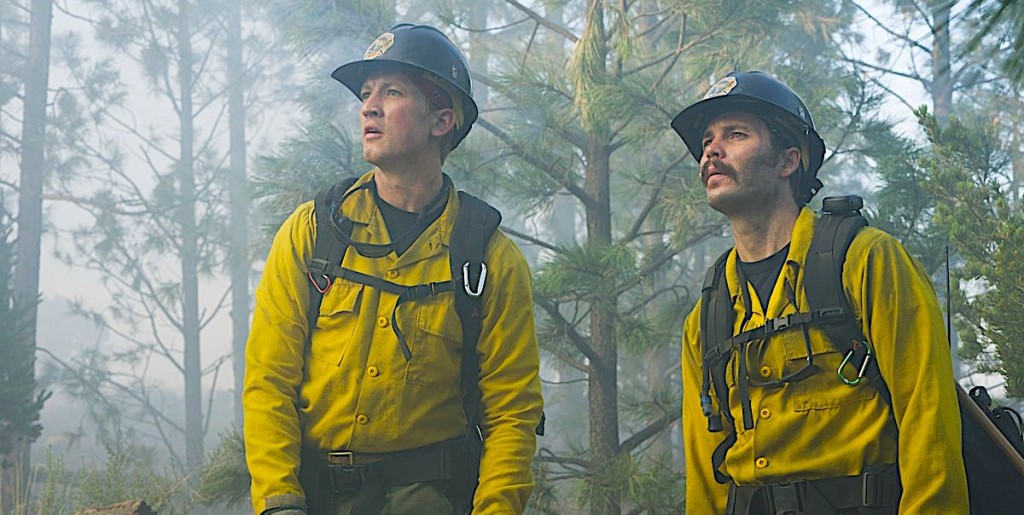 While driving on the 401 a few years ago, I witnessed two transport trucks crash and explode while in the centre lane, roped off for construction. The fireball was immense and the Heat we felt inching by was overwhelming, you could feel it through the window of the van. I at once thought of fire fighters and what they must experience walking into fire, not out. In a film called Backdraft (1991) fire is treated as a living thing, called “my animal” by the dangerous pyromaniac who plays dangerous games with it. Portrayed with frightening intensity by Donald Sutherland, the character is fascinated with his animal, even when it turns on him and badly burns him. At once mystifying and terrifying, fire is beautiful to watch but make no mistake, deadly.

No other event in recent history better displayed the courage of fire fighters than 9/11, where images of men running into the burning building became iconic. We cannot imagine the heat, the ferocity of that hellish heat they walk alongside with as flames dangerously lick near them. Whatever sort of Heat we might have experienced gets multiplied by hundreds when these men walk into flames, we cannot imagine.

This new biographical film has undertones of a John Wayne movie, Hellfighters (1968), throughout, and despite being a big, testosterone driven drama, it works, and I might add, it works beautifully largely due to the fine ensemble performance of the cast, the frightening Cinematography, the crisp clean editing and those visuals and sound. It is a big effects film, no question, but the director never loses sight of the fact he is telling an intimate story about a special brand of hero, the kind that do not even know they are such.

The director, John Kosinski, plunges us into the inferno of a raging forest fire, capturing the wild fury and intensity of an inferno on earth. The leader of the group is Chief Eric Marsh, portrayed with gritty charm, as Tommy Lee Jones would play the part by Josh Brolin in one of his finest performances. Tough, taciturn but able to see into men and know when they deserve a second chance. He fought hard to get his boys certified as specialists in containing forest fires, knowing they cannot put it out, but instead try to contain.

In 2013, the famous Yarnell Fire threatened their town, so Marsh and his boys marched bravely into the woods, never to return. Did they know they would perish in the inferno? At some point they did for sure, their instincts and training would have kicked in, which must have been horrific, knowing they were going to die but worse knowing how.
The film is filled with strong performances beyond Brolin, Miles Teller a stand out as a recovering drug addict given a second lease on life by Marsh, the vastly under appreciated James Badge Dale, and the great Jeff Bridges, all outstanding.

The film honours the men who perished in the fire, and gives extraordinary insight into the world of these men.
Only the Brave is a pleasant surprise, far better than I expected, an old-fashioned thriller with stunning, often terrifying visual effects that plunge us into the inferno of a forest fire. It might be the closest any of us ever get to hell, and it is close enough.