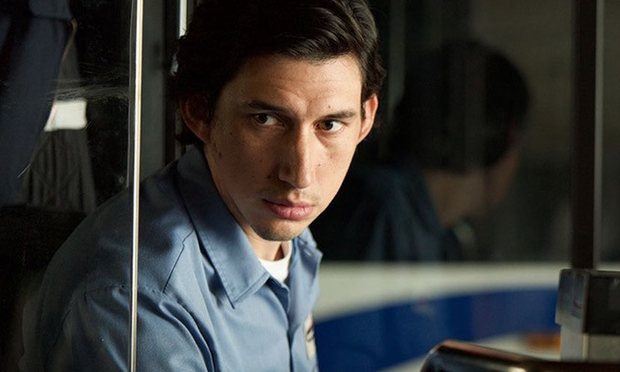 Adam Driver is one of the finest new actor in the business. He is one of those actors who possess such natural gifts, and then brings that sense of realism to the screen with seemingly effortless work. Every line out of his mouth sounds as though it was being thought of and delivered at that very moment. His breakthrough came on HBO’s Girls as the odd boyfriend of Lena Dunham and since his debut he has worked with Steven Spielberg in Lincoln and Martin Scorsese in his upcoming Silence. To say his star is on the rise is an understatement.

Working here for indie giant Jim Jarmusch, the film is like many of the director’s works in that it is ultra realistic and about real people living their lives in ordinary ways. The beauty of Jarmusch is that he has always had the ability to make ordinary seem extraordinary, and lets face it, in some way we are all extraordinary, whether it is in our art, our lives, our families or just being in love, we all possess the ability to be extraordinary.

Driver is Paterson, a bus driver in New York, his life governed by the clock he follows, 6 am to 6 pm at work, he comes home, walks his dog, maybe goes for a beer at a local bar and comes home to his artist wife, Laura (Golshifteh Farahani) whom he loves and who loves him back. They have a connection that goes deep, one of those relationships some are blessed to have (I did) where you just connect with someone and know it while it is happening, and know your life will never be complete without this person. Yes it is a love story, but also a character study. Paterson exposes his soul in his poetry and you would not expect this unassuming bus driver to possess such deep gifts and wondrous thoughts. It tells you something about life, that you just never know about the person beside you on the bus, or subway or driving in the vehicle beside you, they could be an intensely gifted person  and we pass them like ships in the night.

What I liked about the film was the depth of the love between the two characters, no reason for it other than they are a perfect match in every way. Once again Jarmusch has turned his lense onto a story that is like life unfolding before our eyes.

Driver and  Farahani are wonderful together, and we understand why they are together. We watch them listening to each other, really listening and taking in each conversation, realizing what is important to the other. They connect and fill gaps for one another. Driver’s soulful eyes allow us to see the love he has for this woman, and the manner in which he slips into his poetry with such passion. The actor brings realism to the part, like Brando in A Streetcar Named Desire (1951) or On the Waterfront (1954), he is such a presence and so present as an actor.

One of Jarmusch’s best films, bolstered by two superb performances.