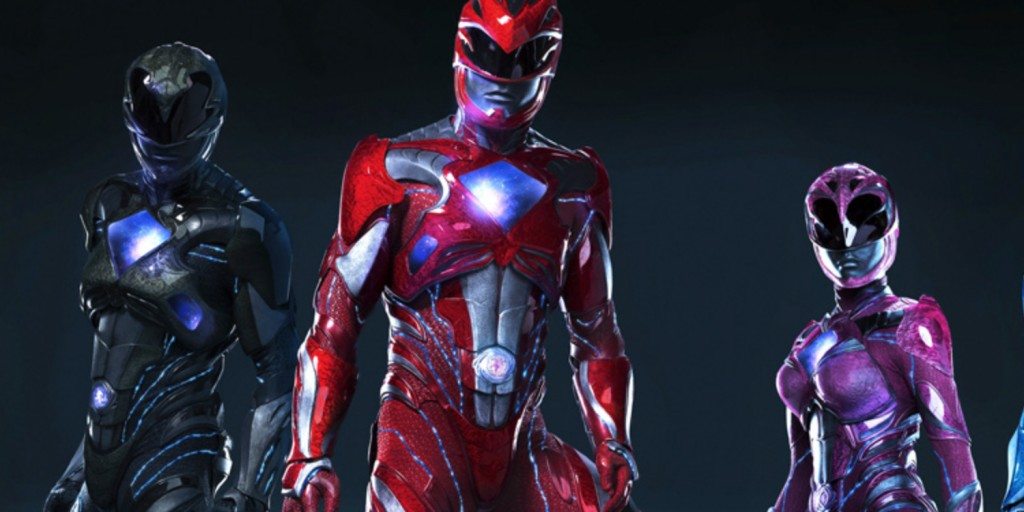 If the name of this movie means nothing to you, it most likely won’t win you over. If the name doesn’t ring a bell just stop right now. It’s not for you. If you’re a parent who has to see it with their kids, you might be pleasantly surprised. If you’re a fanboy (like me) you’re only going to walk out of the theatre disappointed if you have misguided expectations.

‘Power Rangers’ is big, colourful, dumb and cheesy. It makes no assumptions that it will break any molds and it doesn’t really try. It is self-aware enough to get lots of laughs. Some laughs are cheap but think people may be surprised at how many more laughs are genuinely earned. It’s got plenty of fan service and easter eggs for those in the know. There are some pitfalls that are not really a problem. In the end it delivers what is expected of it along with some meaty character stuff that can be rare in movies based mostly on branding. It’s divided critics but audiences seem content with the result. Like I said, you better know what you’re getting into if you see this movie ahead of time.

5 random teenagers all get detention and become friends through a remarkable series of events that force them to come together as a team to save the world. Power coins blah blah blah. Guardians of life yada yada yada. Colour coded etc… “Zordon” “Goldar” “Crystal” “Destiny”….. “But they’re just teenagers!” skip ahead skip ahead. Giant cool robots for toys sprinkled with some shameless product placement and the 3 big name actors simultaneously hamming it up AND phoning it it.  OK. You get it right? You know the deal here? Because if this is the first thing you’ve ever read on this world and its mythos, like I said GET LOST. Go watch cat videos. This movie isn’t for you.
I digress.

This movie has a lot that works; more than one may expect. Bryan Cranston does a favour for the franchise that used to cut him some extra cash (as a young actor doing voice-over) and uses his star power to give the flick some immediate credit. He does a fine job. There really isn’t a whole lot for him to do here. One day in some special effects makeup along with another day in front of a camera doing voice-over isn’t exactly flexing his muscle like Walter White did but he’s everything he needs to be. He’s also made some funny appearances on TV promoting the film like a good sport so props to him.

Elizabeth Banks is a clever and smart choice for the villain of the film. She has fun and gets to chew the scenery in a way that she’s found a niche for. Picture the wicked witch of the west on crack with a jewelry fetish. She’s fun to watch and does her best with the material. Bill Hader voices Alpha-5, the alien robot Igor to Zordon’s (Did I mention he’s a big floating head in a wall?) Dr. Frankenstein. That character was annoying as hell on the show and Bill Hader (using his own voice for once) does an admirable job of making it his own but Alpha 5 can still be annoying. The thing is, if he wasn’t annoying he wouldn’t be Alpha 5.

The young actors playing the Rangers are all well cast, each giving a solid performance and plowing through the cheesy moments while winning us over with the more thoughtful ones. And about thoughtful, this movie is more thoughtful that in ought to be. Defining 5 character personas and going through the whole team building thing in a single movie is a problem for some franchises. ‘The Avengers’ can get away with a 2.5 hour running time but this film knew it couldn’t. They establish all of that stuff pretty well and quite convincingly. The breakout star of the movie, by far is RJ Cyler as Billy Cranston/The Blue Ranger. He is a nerdy outcast who is “on the spectrum.” He’s socially awkward and doesn’t understand nuance but he is also extremely funny. Most importantly, he is funny in a way that is not mean spirited at all because of his condition. Rj Cyler steals every second of screen time he has. The film focuses on his character for story purposes in an interesting and smart way. The filmmakers must have known what their biggest selling point was. Look out for this kid.

It’s a refreshing change from the visual style of Transformers and the like. By the third act you will be grateful that the film wasn’t “Michael Bay’s Power Rangers”

What were you expecting?
Rating: 3/5