Review: ‘Rules Don’t Apply’ is Funny But a Little Uneven 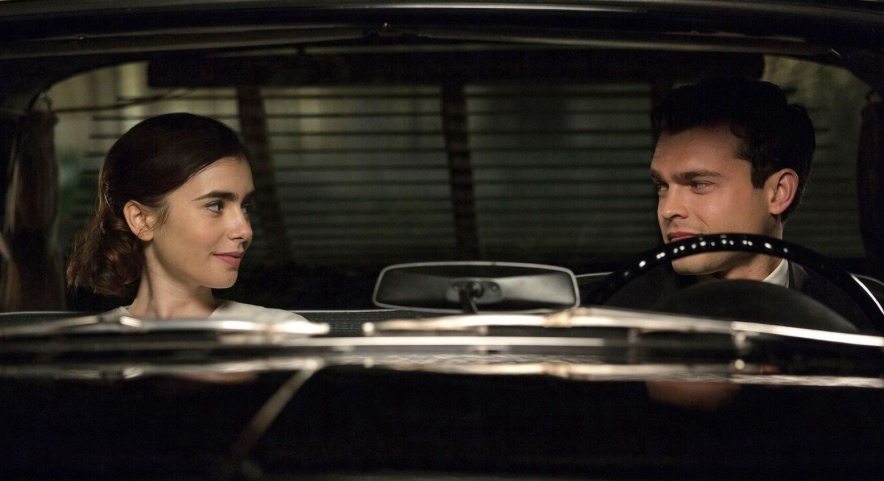 Had Warren Beatty directed more films throughout his career, he might be considered a great director in the same breath as say Clint Eastwood. As it is, Beatty is considered a brilliant man, an excellent director with an Academy Award to his credit, and an Oscar nominated actor, four times with a fifth nod that should have come for Shampoo (1975) and a sixth for Bulworth (1998). He has not directed a film for eighteen years, the last being the vicious black comedy Bulworth (1998), after which he turned to raising his family with Annette Bening. Al the while he was toiling with his Howard Hughes film, knowing he could no longer do an intense character study after The Aviator (2004), the Martin Scorsese film with Leonardo Di Caprio.

What Beatty has created with ‘Rules Don’t Apply’ is a frothy, whiz-bang screwball comedy like they used to make when Preston Sturges and George Cukor were at their peak. It is very good, often very funny, and Beatty dominates the film was a wonderful performance as Hughes, his nuttiness front and center, a look in his eyes that suggests zany, that something is not working all the way to the top. It is the kind of performance Beatty is great at, intense, terrific and totally believable. Shot in shadows, often darkly lit, Beatty haunts the film often like a goofy, nutty spectre, the puppet master pulling the strings of man of the people in the film.

He has made this sort of film before, the likable comedy Heaven Can Wait (1978) which was a remake of Here Comes Mr. Jordan (1941). The picture had a goofy goof charm, a fine love story, a meta-physical fantasy that suggests the afterlife is real, and a wonderful performance from Beatty. The film was nominated for nine Academy Awards, four for Beatty himself, the first time he pulled that off, and he did it again with Reds (1981). People forget what a fine comedic actor he can be, though his forte is drama.

Set in the late fifties, when the studios still controlled the careers of young stars, Hughes (Beatty) keeps a stable of young starlets, with personal drivers under strict instructions to have no affairs with any of them. Through the course of the film his mental illness becomes more and more front and center, but more people around him begin to take notice.

The love story in  the film does not surround Hughes, but rather a young starlet under contract to him, Marla (Lili Collins) a dead ringer for the young Audrey Hepburn and her driver, portrayed by the fast rising Alden Ehrenreich, who connect at once, but are forbidden to do so under Hughes strict rules and the eyes that watch them everywhere including Marla’s kooky religious Mom, portrayed with frantic charm by Annette Bening.

Beatty is the presence in the film we watch and when he is not on screen the film suffers, he is a reminder of what genuine movie star appeal is. He has always had it, from Splendor in the Grass (1961), his impotent Clyde Barrow who uses a gun for his manhood in Bonnie and Clyde (1967), his hair dresser George who needs nothing to replace his manhood in Shampoo (1975), his goofy charm in Heaven Can Wait (1978), the intensity of his writer following history in Reds (1981), his murderous Bugsy Siegel in the criminally under apprectaed film Bugsy (1991) and perhaps best of all Bulworth (1998) where he gave a hugely funny performance as a rapping senator who becomes popular when he tells the truth. Throughout his career he has always walked the line of movie star and artist, though those following his career (me) have always seen the artist.

His performance here is the best thing in the film, which is often very funny, sometimes goofy, moving but a little uneven. The period is recreated to perfection, and it is one Beatty must remember well, arriving in Hollywood at this time. It screams for more Hughes, as opposed to the many characters who populate the picture. Alec Baldwin, Matthew Broderick, Martin Sheen, all terrific, but being Beatty’s film, we want more Beatty. I think we always have.