TIFF Review: ‘Son of Saul’ is a Holocaust Tale Unlike Anything We Have Seen Before 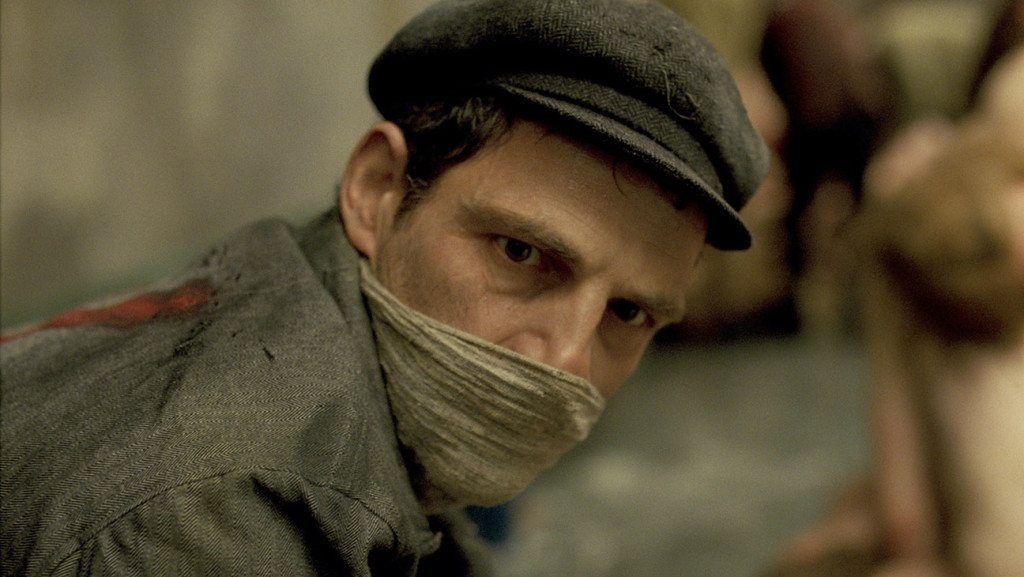 ‘Son of Saul’ is a Hungarian film that is set in a Nazi death camp during the World War II. It is a devastating and heartbreaking film unlike anything we have seen before on the subject. While we have seen stunning films on Holocaust such as Schindler’s List (1993) and dreadfully irresponsible wreck like Life is Beautiful (1998), I am not sure there has ever been anything quite like ‘Son of Saul’.

Saul is a prisoner in Auschwitz, where his job is to bring the prisoners to the gas chambers and destroy their bodies afterwards. grim work to be sure, but each day he wakes up alive is a good day for Saul for the simple reason he is still alive. His life is forever changed when one of the prisoners he leads to the chambers shows signs of life after the gassing, and then dies. This is a seven-year old boy and the experience will alter Saul for the rest of his life, for reasons best left unsaid.

From that point on his mission in life becomes getting the boy a proper burial with a rabbi, not the wisest or safest of decisions in a death camp. Yet the ferocity of his dedication to make this happen for the boy is staggering, sometimes confusing and often annoying, yet eventually deeply moving. It is a man in the worst place on earth because of what he is and refusing to let go of what he is for the sake of honoring a little boy who died not even knowing why he is being killed. Or do children that young know about hatred, I suppose some do. As the gas seeped into the chamber I am sure he thought the God he had been taught to love had abandoned him.

But Saul never does. He cajoles, lies, and tries everything at his disposal to get the child what he believes he deserves. In a startling performance of undeniable power, Geza Rohrig should become Oscar talk for Best Actor if there is any justice, and once in a while there is. He brings to the film all the heartache, profound sense of loss, and pain that must have come with being a prisoner of war among the walking dead in the death camps. More than anything else he captures that sense in his eyes, that it will not be long before he makes the walk to the chambers with another in his place doing the job he once did, guiding those to their deaths.

Though the hand-held camera can become tiresome sometimes (not often enough to worry about), it works in the sense of plunging the audience into the experience. And what an experience. A work of absolute art. I won’t be surprised if it ends up winning the Oscar for Best Foreign Language Film.