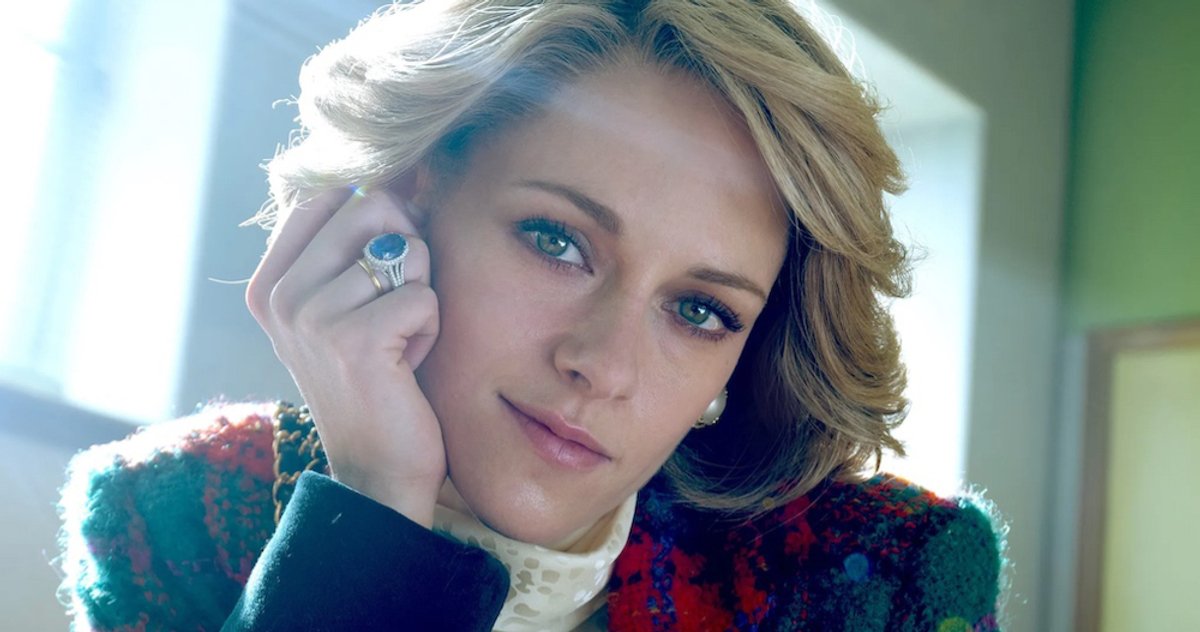 In Pablo Larraín’s Spencer, it seems like Princess Diana is always in motion. She’s moving briskly down stately hallways, creeping across lawns in the dark, and running across fields. The film shows a Diana who is desperately trying to escape the suffocating confines of the Royal Family, which feel tighter than usual due to being stuck in Sandringham Estate with the whole family for the Christmas holidays.

Spencer states that it is “a fable from a true tragedy” and Larraín and screenwriter Steven Knight reimagine a Diana who could have been. It’s December of 1991 and relations are strained between Diana and Charles, partially due to his ongoing affair with Camila Parker-Bowles and partially due to the attention that she is paid by the paparazzi and the country as a whole.

Of course, Diana’s life has been thoroughly examined lately in The Crown and even Diana: The Musical, the stage show that can be viewed on Netflix. What sets Spencer apart is how it focuses in on a few days to give the viewers a glimpse into Diana’s harried mind as she tries to navigate royal life. The Diana that we see Kristen Stewart portray is not the meek, young, preschool teacher that Charles chose as his bride, but a woman who is on the verge of unraveling after many years in the Royal Family.

The audience first sees Diana on her way to Sandringham Estate, where the family will be spending several days to celebrate Christmas. She has made the decision to drive herself and ended up lost, clearly a metaphor for how she feels within her life as a whole. Her realization that Sandringham is close to the Spencer family home where she lived as a child will haunt her over the next few days, as she cannot escape her desire to return to the house, now in disrepair, perhaps in hope that she will find something of the peace she once knew.

Stewart gives us an excellent portrayal of Diana, who is sinking into delusions that are artfully played out onscreen. Not only does Diana suffer from bulimia, but she also forms an obsession with Anne Boleyn, another royal woman whose husband had an affair. The linking of Diana to such a tragic figure, who lost her life at the hands of the Crown, further shows how trapped and vulnerable she feels.

Stewart is herself no stranger to public scrutiny, so it’s perhaps not surprising that she can deliver such a nuanced portrait of Diana. It’s mesmerizing to watch her completely disappear into the role which never feels like an imitation of Diana, but a full-fledged character of her own. Stewart is able to tell the audience so much with just her eyes, facial expressions and tone of her voice that submerge us fully into her inner world.

Diana has a much easier time connecting with the staff than with the Royal Family, some of whom provide lifelines for her. Sally Hawkins is excellent as Maggie, Diana’s Royal Dresser, who bolsters her and coddles her when she needs it. Sean Harris portrays Darren McGrady, the Royal Head Chef, who is a similarly grounding force for Diana, carefully putting her back on track in between preparing sumptuous extravagant meals.

However, Diana butts heads with Equerry Major Alistair Gregory, played by Timothy Spall, who has been hired to oversee the holiday. He’s an enigmatic character and Spall does a great job of portraying a British stiffness while also showing his shifting views on the princess.

Diana’s greatest joy in her life are her sons, William and Harry, played by Jack Nielsen and Freddie Spry respectively. Stewart has excellent chemistry with both boys, who are adorable, and the scenes with them ground this otherwise somewhat fantastical film. However, Nielsen does a great job at showing William’s anxiety lingering underneath as he has a better understanding of the situation than his younger brother due to his age. The audience sees a different side of Diana with her sons, but we are also given a glimpse at the pressure that Diana’s issues place on William in particular.

In addition to being impeccably directed, written, and acted, the craftwork in Spencer is magnificent. Jacqueline Durran’s costumes and Guy Hendrix Dyas’s production design are gorgeous and build a gilded cage for Diana’s life perfectly. The amount of lavish food in the film also builds this world of excess. The cinematography by Claire Mathon is beautiful and the occasional use of shaky handheld camera helps put us into Diana’s crumbling mind.

But it’s Jonny Greenwood’s score that truly stands out as the most exceptional work. The combination of very stately traditional music with a jazz influence creates a cognitive dissonance like Diana’s presence within the Royal Family. The music helps us understand Diana’s emotional state throughout the film.

Spencer is a haunting portrait of a woman on the brink of collapse, who is desperate to escape the stifling pressure of the Royal Family. It’s a moving tribute to Diana herself, but also an intriguing commentary on that posh, but toxic world after Prince Harry and Meghan’s departure from Royal life. Stewart gives the performance of her career, but she’s not the only draw; Spencer is truly one of the best-made films of the entire year.