Review: ‘Star Trek Beyond’ is a Must See For Star Trek Fans 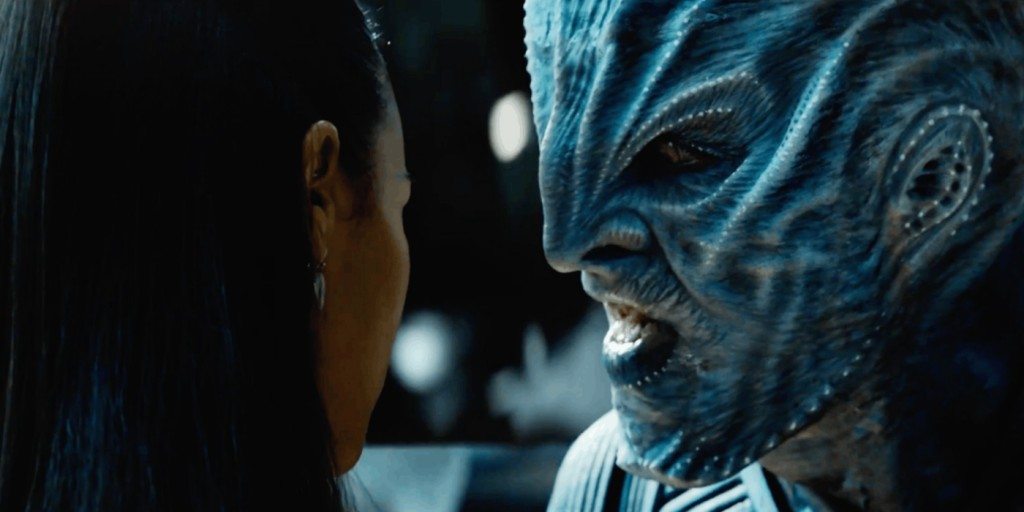 Coinciding with the 60th anniversary of Star Trek – The Original Series, Star Trek Beyond is the thirteenth Star Trek film and the third set in the “Kelvin Timeline” as established in J.J. Abrams STAR TREK (2009). This marks the first film in the rebooted series not be directed by Abrams with Justin Lin (Fast & Furious) taking the helm, albeit with Abrams still on as producer.

BEYOND starts by following the crew of the Enterprise 3 years into their 5 year mission. After visiting “Yorktown” a massive space station, the  Enterprise is dispatched on a rescue mission at a nearby nebula. The rescue mission turns into an ambush when the ship is attacked by Krall (Idris Elba) and his fleet of space ships. The onslaught leaves the crew of the ship to abandon the Enterprise and we see the ship crash land onto a planet after being reduced to just the saucer. The crew is stranded into smaller groups with Bones (Karl Urban) and Spock (Zachary Quinto) making up one group searching for survivors while Kirk (Chris Pine) and Chekov (the late Anton Yelchin) try to find the remains of the Enterprise. 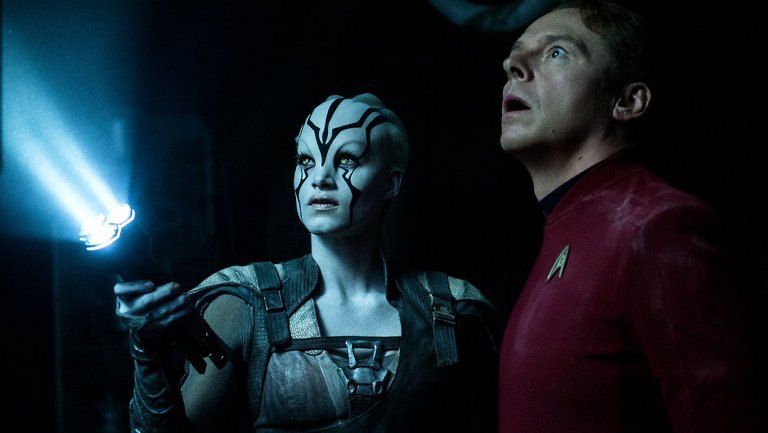 With the main cast all returning to their respective roles, BEYOND introduces us to these characters we know, no longer explaining who they are and their motivations. We already know them. Chris Pine is confident as James T. Kirk and refreshingly gets to play the straight-man to much of the action happening around him. Zachary Quinto is once again stoic and thoughtful as Mr. Spock with Karl Urban providing much comic relief and charm as Dr. McCoy (Bones). The cast all perform admirably and Idris Elba (while somewhat of a cookie-cutter villain still manages to carry the role that others might make looks silly). Justin Lin (who is no stranger to action) seamlessly takes over the helm from J.J. Abrams of the last two films. Abrams was busy with Star Wars The Force Awakens so declined to direct this film but Lin proves himself more than able to take over. The films action scenes are top-notch and what we have come to expect from the series while the films still demonstrates significant character development. Kirk and Spock are both questioning their respective positions at Starfleet. Spock is dealing with loss in more than one way.

While the stakes might not feel as high as they were in the first two films, Star Trek BEYOND is more than a satisfactory installment of the series. The death of Leonard Nimoy is handled with care and reverence while the decision to make Sulu gay is handled in the right way. Mr. Sulu is gay. He has a husband and a daughter AND? That’s it. No fuss. No muss. Kudos to the team behind Star Trek for this as it seems like a smart thing to do moving forward with the series. After the tragic death of Anton Yelchin this year, J.J. Abrams has announced that he WILL NOT be replaced in the following films. This I think is also the right thing to do. If you are a fan of Trek, I can surmise that while this film may not break any earth-shattering new ground, it is more than enough to satisfy for 2 hours. See it.