Review: Tenet is a Spy Thriller With a Time-Travel Twist 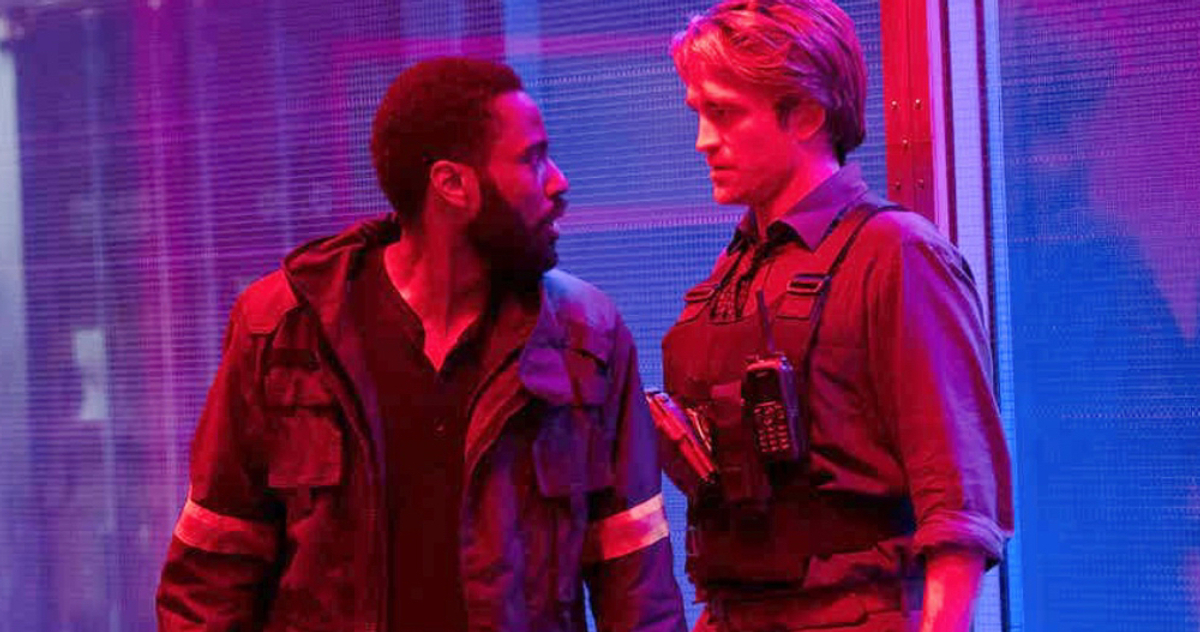 No modern Hollywood director enjoys the kind of celebrityhood that Christopher Nolan does. His films are not just films; they are like major celestial events that occur every three years. Not surprisingly, all his films since Batman Begins have been massive blockbusters — earning studios and distributors a ton of money and in the process allowing Nolan to make the films he wants to make. But such kind of fandom is a double-edged sword or more like a tightrope walk for Nolan — he has to strike the balance between meeting the massive expectations of his fans and pushing the limits of storytelling. Till now, to Nolan’s credit, he has been able to walk that tightrope successfully. But does that change with ‘Tenet’? Let’s find out.

‘Tenet’ is everything that you would expect out of a Nolan film: it’s action-packed, dense, and confusing. It, like most of his previous films, is as interested in surprising audiences as it is in telling a story. Just in terms of the structure and treatment, ‘Tenet’ feels closest to ‘Inception’ — though the two films are very different in a lot of ways. It won’t be wrong to even classify ‘Tenet’ as a spy thriller, almost like a Bond film with a time-travel twist (Nolan has expressed interest in directing a Bond film in the past.) I believe, with ‘Tenet’ he is trying to break new ground in the spy genre in the same way he completely reimagined the superhero genre when he made ‘The Dark Knight’.

It would be futile for me to get into the plot of ‘Tenet’ without spoiling too many plot points. And also, to be honest, I will need to watch the film at least a couple of times more to wrap my head around all the mind-twisting stuff. What I can reveal is that the film has an unnamed Protganist (John David Washington), a CIA agent, who gets recruited into a secret organization to carry out a mission of saving the world from complete obliteration. Then, there’s a Russian oligarch named Sator (Kenneth Branagh) hell-bent on acquiring all nine parts of an algorithm and ending this world. Sator’s wife Kat (Elizabeth Debicki) and Protganist’s handler Neil (Robert Pattinson) help Protganist in his mission of stopping Sator.

On paper, the plot might sound simple, straight out of a John Grisham novel. But ‘Tenet’ is anything but simple. To understand ‘Tenet’ fully — if that’s possible — you will have to grasp the concept at the center of the film: entropy reversal, which allows objects, including humans, to move backward in time. Yes, I know. For a normal movie-going audience that’s a big ask. But then, you just have to look at some of his previous films — Interstellar, Inception, and Memento — to know what Nolan is trying with ‘Tenet’. He doesn’t want you to watch ‘Tenet’ once and forget about it; he wants you to keep coming back to it. The more you watch the film, the better you will “get” it. That does beget the question: is it fair for Nolan to make his films purposefully dense? The answer to the question depends on what kind of viewer you are: whether you watch movies just for fun or for something more. Also, by now, most viewers know what to expect from a Christopher Nolan film. So, in that sense, ‘Tenet’ is exactly what you would expect it to be.

Whether ‘Tenet’ finds its place among the best of Nolan’s work, only time will tell. But it will surely be remembered for its breathtaking action scenes — some of which have never ever been seen in films. Knowing that all of those reverse car chases were actually filmed without any CGI makes them even more impressive. All the action set pieces are so well-crafted and so amazingly well-thought-out, that I wonder if Nolan imagined those first and then wove a story around them. And that’s one of the major issues with film too. As long as some kind of high-octane action scene is playing on-screen, you are engaged, but many of the dialogues feel overdrawn and cliched. In fact, if you leave out the cool action and its head-scratching central concept, the rest of the film feels hollow. There’s also some kind of sound-mixing issue in a few scenes where the background score is so loud, it is difficult to hear the dialogues. I also sorely missed Hans Zimmer’s score that has over the years become such an integral part of Nolan films.

My first impression of ‘Tenet’ is that it is certainly not amongst Nolan’s best works. The palindrome nature of time or multiple versions of “self” in the same time-space has been explored better in other films (‘Arrival’, ‘Primer’ etc.) I like the time-traveling aspect of ‘Interstellar’ better than ‘Tenet.’ Despite all its flaws, there’s something about ‘Tenet’ that is stopping me from calling it a failed experiment.  The kind of ideas it brings to the table is intriguing, to say the least. I also know from past experiences that sometimes it takes 2-3 viewing to fully appreciate a Nolan film. Maybe the film will grow on me. Maybe it will not. For now, I can only commend the people behind the film for attempting to do something brave, something new.