Review: The Hitman’s Bodyguard is Fun But Forgettable 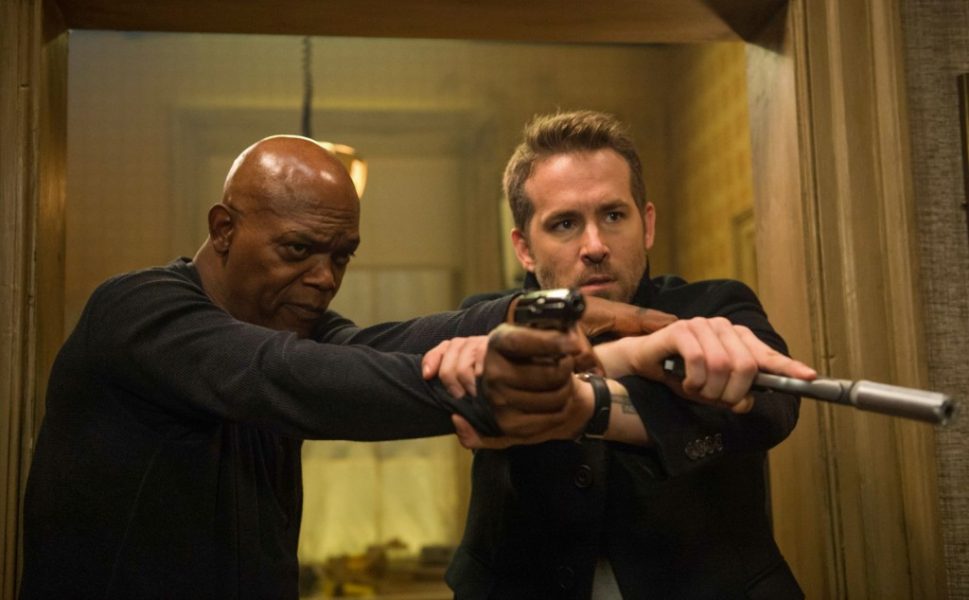 When Samuel L. Jackson came into his own as an actor in the nineties by way of Pulp Fiction (1994) he was like a force of nature. Intense, often alarming so, all eyes went to him when he was onscreen, be it his actions, that commanding voice, those blazing eyes, he pulled attention to him by sheer presence. After coming to the attention of critics for his superb performance as a manipulative junkie, Gator in Jungle Fever (1991) all paths led to Tarantino who cast him as Jules, the philosophical hitman in Pulp Fiction (1994) which earned the actor rave reviews, a loyal audience following and an Oscar nomination for supporting actor.

Boom, it was on for the actor!

At this stage in his career, Jackson is in danger of becoming a Christopher Walken, much imitated, revered by his fellow actors even when he goes crazy over the top, but getting lazy in his work, all but phoning in his performances.

In this film, he gives a paint by numbers performance we have seen many times, a confident, ultra cool hitman, Darius, who is about to testify against a dangerous Eastern European maniac, Dukhovich, portrayed with teeth gnashing glee by Gary Oldman.

When Darius is targeted by Dukhovich for extermination, the best protection agency in the world assigns Michael (Ryan Reynolds) as the bodyguard and protector of Darius. The moment the two come together, the film is on, the match is lit and we are off and running, and car chasing, shooting, typical chase and mayhem.

Again though we have seen this sort of thing far too many times, the chemistry of the actors makes it work, they bounce off one another beautifully. Reynolds is not in the same league as Jackson as an actor, but somehow it works. It is a silly premise that was written as a drama, then altered to a comedy two weeks before shooting. Reynolds has a knack for light comedy, Jackson bulldozes his way through it, forcing it to work, willing to be the blunt of most of the jokes.

Selma Hayek does some nice work but is sadly underused as Sonia, wife of Darius and none too impressed her hubby is in mortal danger most of the time. She has even less confidence in Michael as a bodyguard than Darius, and makes no bones about it.

Oldman as always gives the best performance in the film as a purely vile man who enjoys being cruel, evil and utterly vicious. It was fun to see this great actor having a good time, knowing the film was silly, aware his part was goofy, but being the trooper he is gave himself over to it.

The two leads, Jackson especially is a standout as Darius, a cold as ice hitman hiding a decent man underneath. The actor is wiry, powerful, and altogether terrific in a dumbass movie that is beneath him, but he still gives it his all. Reynolds rarely works for me, other than as Deadpool.

The film is good fun, but like cotton candy, enjoyable but quickly gone and forgotten.