Review: The Legacy of the Bones is Flawed but Gripping 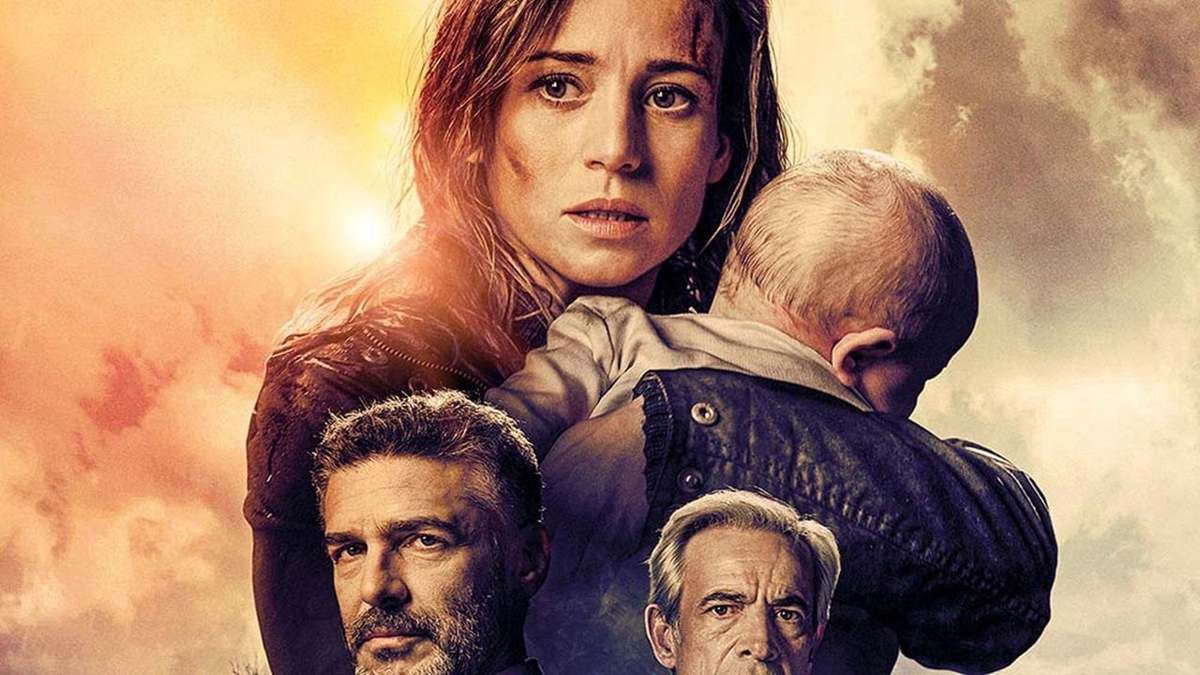 ‘The Invisible Guardian,’ which premiered back in 2017, marked the inception of the Baztan thriller trilogy. Based on Dolores Redondo’s novel series of the same name, the first movie introduced us to Amaia Salazar (Marta Etura), a female inspector in Navarra, Spain. At its very outset, the film managed to perfectly meld its mythological references with its crime drama plot. Although its overall reviews were not too optimistic, the first movie was lauded for its visual wisdom and detailed narrative.

Moreover, the film also came with a promise of further exploring Amaia Salazar’s character and her world. With ‘The Legacy of the Bones,’ it very well does that. Pretty much like its predecessor, it defies the conventions of quintessential noir, involves superlative cinematography and has a well-throughout narrative. Even so, it falls short of being brilliant in any way.

The Legacy of the Bones Plot

‘The Legacy of the Bones’ is set almost one year after Jason Medina’s arrest for assaulting his daughter. Amaia Salazar, who is now pregnant, witnessed a series of suicides and murders that grip the entire city, with Jason Medina being one of the victims. Turns out that all of these suicides have one thing in common—all the victims had a handwritten note that spelled out “Tarttalo.” With this, the dangers of her past begin to resurface and she is forced to move back to her old home in the Baztan Valley. As she nosedives into the dizzying investigation, she realizes that it’s far more complex and personal than she had initially imagined.

The Legacy of the Bones Review

What truly stood out about ‘The Invisible Guardian’ was its exotic and mysterious Basque Country setup that perfectly encapsulated the essence of all of its themes. Another aspect of the first movie that hits home only after you watch ‘The Legacy of the Bones,’ is the charismatic female protagonist, Amaia.

The trilogy of the films was initiated on a very typical note where a city is disturbed by a spate of crimes. ‘The Legacy of the Bones’ adds a whole new layer to these crimes and takes its mystery far beyond your regular fare of the genre’s tropes. Given the enigmatic scope and complexity of its storyline, ‘The Legacy of the Bones’ could have easily been a level below the first installment. However, it surprisingly creates a very smooth transition from being a typical crime drama to giving a very ambiguous purview to its subject matter.

The storyline of the movie progresses on two front—while one highlights the overarching series of suicides, revolving around the main character’s professional life; the other intends to leave an indelible impression on you through the depiction of the main character’s psychological depth, which eventually does become a major part of the investigation as well. The movie also has an undercurrent of themes revolving around Amaia’s trials and tribulations as a mother and also her strained relationship with her own mother. Although these remain to be mere sub-plots throughout its runtime, they are loosely tied up to the character’s development and the movie overarching plot in some ways. These also allow you to get a deeper understanding of her character and learn who she truly is when she’s not out there hunting down criminals.

The film plays more of a long game with its viewers and allows you to experience every bit of Amaia’s thrilling investigation. Throughout its runtime, it drops enough clues for you to decipher for that moment, without really giving away too much about its conclusion. Moreover, the involvement of mythical themes and local folklore further blends with its mise en scène and adds more intensity to its mysteries and characters. Even the whole moist, foggy high altitude setup of the movie brings realism to its story that subtly drifts more into the supernatural genre.

The movie’s strong grounding in the soil of the basque mythology is what makes it a memorable one-time watch. Even so, anyone expecting a typical game of cat-and-mouse from it will be left disappointed. Its supernatural elements have also been left undone probably for the development of the third film. Another major downer of ‘The Legacy of the Bones’ is its inconsistent pace which slows downs, drags for a bit, and eventually picks up in its closing moments. Because of this, there are moments when you find yourself losing the hang of its overall bleak tone. Not to mention, its production proves to be its strongest suit but also makes you realize how much better its narrative could have been.

Overall, ‘The Legacy of the Bones’ is not your foray into the crime fiction genre as it never completely transcends in that direction. Nonetheless, it is still quite original and gripping. One caveat though: the transition of its tone from the first movie is what makes this one mildly rewarding, so make sure that you’re at least a little familiar with what happens in ‘The Invisible Guardian.’

Read More: The Legacy of the Bones Filming Locations