Review: ‘T2 Trainspotting’ is a Disappointing Sequel to a Great Film 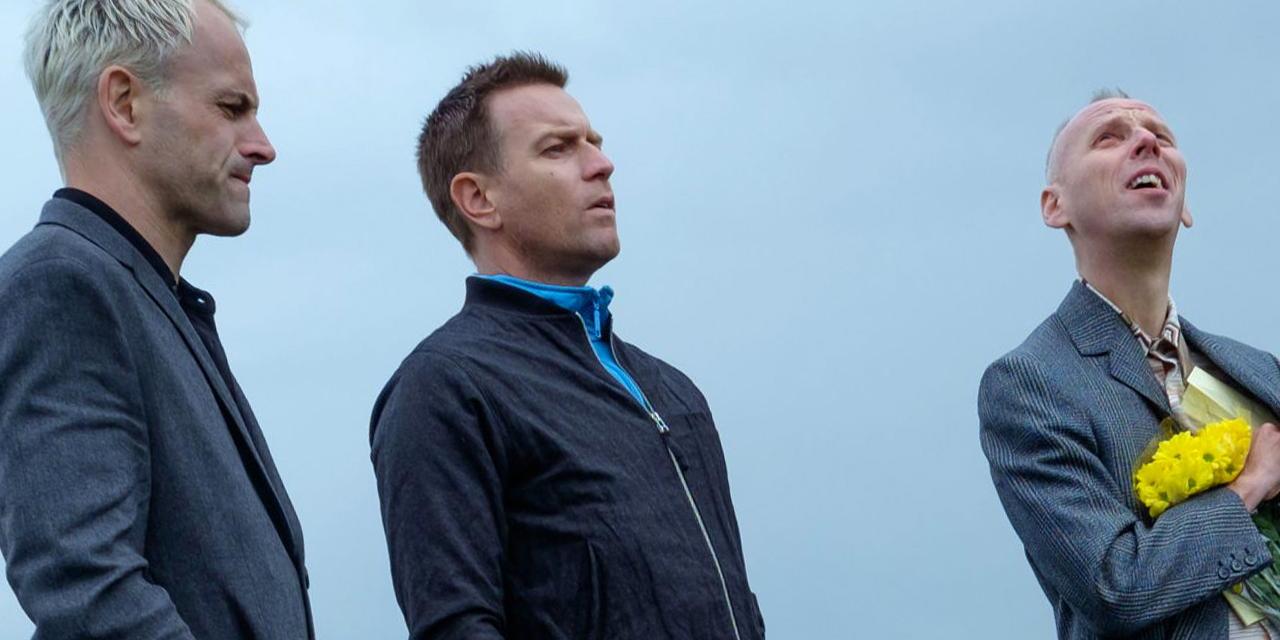 In 1996, I was invited to a press screening of a new Scottish film entitled ‘Trainspotting’, which I had heard was breaking box office records in Great Britain. Stunned by what saw, I did not discuss the film at all with my wife, but took her to see it that weekend. Like me the films infectious energy got her, she was in. When the film ended, she looked at me and said, “how about a double feature?” Asking her what she chanted to see next, she smiled and said this! She called the sitter and let her know we might be an hour later, and settled in to watch it again.

I loved ‘Trainspotting’ and named it Best Film of the year back in 1996. I remember being shocked when it was snubbed for Best Film and Best Director nods, because I saw nothing that compared to it that year, certainly not that over rated bore The English Patient (1996)! The film was a deft black comedy set in the world of heroin addiction, meaning filth and squalor but aside from a single scene made no real commentary on addiction. It was a powerful social commentary about the youth in Scotland and their disconnection from reality as they fell under the spell of heroin. There is a point of view shot inside the syringe as the drug is injected into a vein, and we see the filth go into the arm, like a toilet flushing. Director Danny Boyle explores the lives of a group of five friends in Scotland, three addicts, one jock and one violence addicted bully. When you take heroin it is a great high, when off it sucks and withdrawal is a kind of living hell acid dream come to life. There is a magnificently disgusting moment where Mark Tenton (Ren) appears to climb into a filthy toilet to retrieve a suppository he has lost and needs. Reaching in, his entire body goes under water, a dark metaphor for what an addict is willing to do to get their high.

It was a superb film, black to its very soul in its humour, yet jaunty, bouncy, fun even, with a score that felt like the pulse of the film which became a living thing.

Beautifully acted by its cast of unknowns, who became stars, Ewan McGregor shines as Ren, but one I remember clearly was Robert Carlyle’s monstrous Begbie, a tiny man who loved conflict, who was an addict himself to power and violence. Carlyle gave the film a jolt of electrifying power as Begbie, a truly terrifying character and not a person you want in your life much less as enemy. At the end of the film the group has ripped off a drug dealer for a great of money and Ren steals it, ripping off Begbie, he runs and the others are caught and go to jail.

Now twenty years later, Ren goes home to face his friends, including the dangerous Begbie who wants nothing more than to stick a knife in his one time friend. Having kicked heroin for more than twenty years, and finds his good friend Spud (Ewan Bremner) still using though he wants off the stuff. Sick Boy (Johnny Lee Miller) is still angry at Ren but conflicted because he is happy to see his friend. It is Begbie who is the problem, escaped from prison, now aware the man who betrayed him is back home; he wants Ren dead, and he wants to do the deed, which makes Ren being in Scotland difficult.

The film is really about Spud (Bremner), the much put upon character who is still addicted, but is writing about his experiences, all their experiences as a way of exercising his own personal demons. Bremner brought jolts of hilarity to the first film, that spectacular job interview where he is on speed, the terrible morning after when he has had a severe accident in his girlfriends bed and proceed to accidentally decorate their kitchen with his waste. He did not however carry the film, nor does he carry this, because he does have that sort of presence.

For me the film relies too heavily on flashbacks and recreating some of the same moments from the first film. Twenty years have slipped past, a lifetime, show us that! Or maybe the issue is that the actors, Ewan McGregor in particular have become to well-known to be accepted as Ren again, though this is the part that made him famous. He just plays the part forced, gone is the natural beauty he brought to the part two decades ago.

Had they focused the film entirely on the dangerous Begbie we might have a very different movie. As portrayed by Robert Carlyle, this is a truly dangerous man. He gives each scene a charge of visceral power, but there is simply not enough of him. The actor have been nominated for an Oscar for the first film, not this time, though he is exciting to watch twenty years later.

Did we need to go re-visit these guys?

Or if we did they should have given them a stronger story. Hugely disappointing.