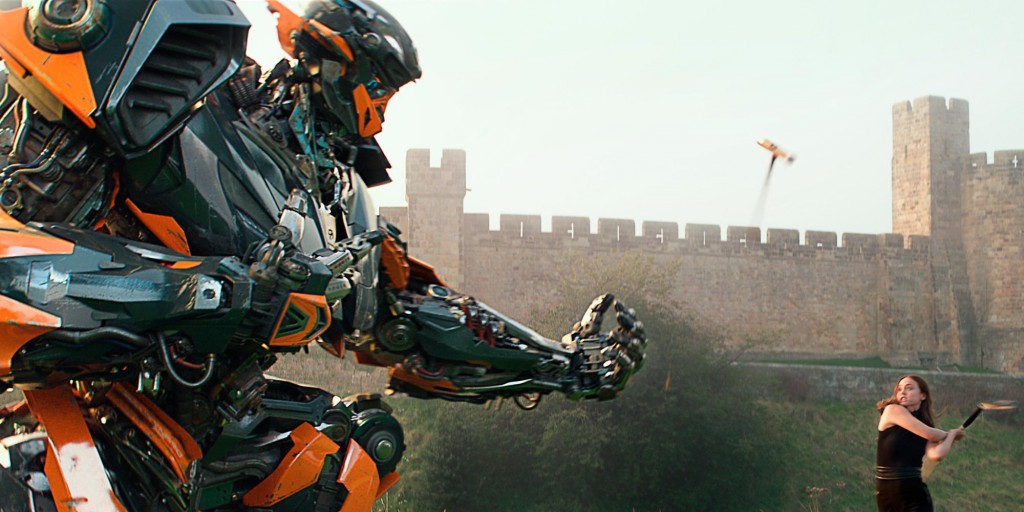 Michael Bay’s festering wound on the wall of the modern blockbuster continues to spill new blood despite being met with as much damning vitriol by critics and patrons as is humanly possible. Earlier today I sat through all 150 minutes of Transformers: The Last Knight and am whole-heartedly convinced that even die-hard fans will have a hard time finding anything to like in this stinking sewer of cinematic garbage.

Even Bay’s signature knack for pouring all of his focus into action sequences is lost in this slimy excuse for popular entertainment, taking a back seat and letting his animation team cover that ground themselves. Promos talking about state-of-the-art CG technology do give us some impressive scenes in which the scale and depth of the world is utterly believable — but any effect this innovation might have is utterly lost on the sinking ship the film dubs its plot — festooned with as many cultural contrivances as Inferno last year without a hint of the directorial prowess as the Bayhem accelerates to such a mind-numbing extent that you can genuinely get lost in it mid-scene. The geography of each lavishly rendered environment the man throws more money at is realized to such a poor extend you’d wonder if the editors had enough coverage to work with — inadvertently coming off as some early Eisensteinian montage in which disconnected fragments of space and time are catapulted at the audience; complete with the series’ trademark cacophonous sound effects. 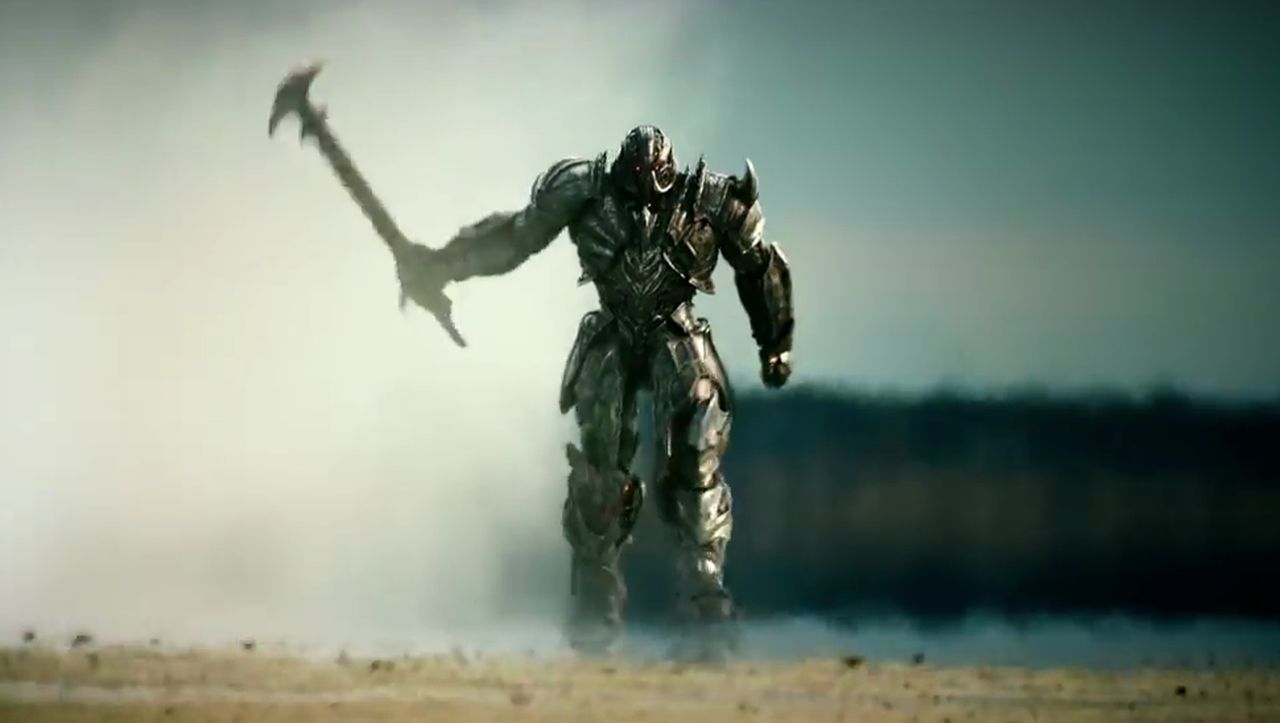 Not only can he not maintain the thread mid-scene, but Bay loses track of crucial characters for entire hour-long stretches: Optimus Prime being dumped with the laziest villain the series right up until the climax, as well as a duo of paper-thin heroic female characters chucked in to check the political correctness quota (despite still being exploited for sex-appeal as the ape-man behind this monstrosity takes two steps back with each one forward) who are often left in limbo by the script. The story itself a singular stretch of time without a pause for breath, tracking from set-piece to more expensive set-piece until one final agonizing assault which feels like an eternity and hits with all the weight of Bay’s countless explosions.

Antony Hopkins attempts to give vague direction to the sniveling mess by linking it in with Dark-Age legends, racing through history in an attempt to lend gravitas to the situation. Bay picks landmarks off of the map at will for the sake of exploiting them for his story- much the same was as Revenge of the Fallen pitted Autobots against Decepticons amidst the Valley of the Kings. The Last Knight actually makes the unforgivable second entry into the series look good and, dare-I-say cohesive: A cleaner, better paced and better told ‘story’ with far more compelling direction to its action. Here, however, the only thing to find is sloop. Offal. Intestinal fluid leaked out by the bluntest minds in the writers’ cage that fails not only as a story — but an action blockbuster. 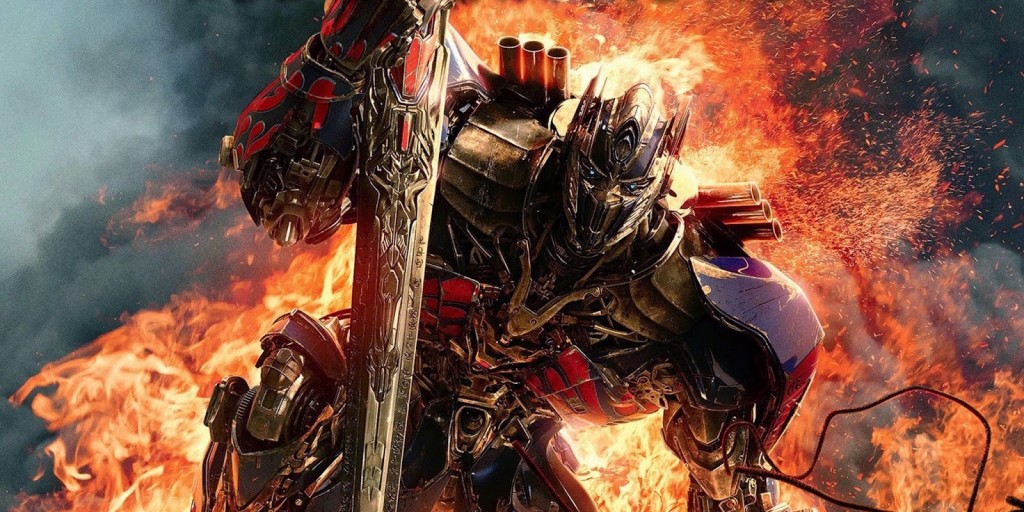 Because despite its lax plotting, The Last Knight does not have it as an afterthought to fuel more action a-la Civil War. Instead, the interesting action sequences are sparsely populated and very rarely even deliver. Bullets fly and endless extras are claimed by the merciless reaper’s scythe that drags its way through the franchise but not a single causality is felt. None of the scars of warfare show on the face of The Last Knight– only the money and manpower behind them. Even Revenge of the Fallen had Optimus pitted against three deadly Deceptions and brutally (if temporarily) murdered in a blaze of glory. Here he turns up and is evil for all of 5 minutes before being turned to riotousness again and treated as a messianic figure who quite literally solves the world-ending problem that has been driving the plot without breaking an oil-slicked sweat. Bay’s characters are no-longer challenged, functioning as some kind of Commando-esque immortals immune to pain and just there to get the job done as tediously as possible. There are rarely any shots of people screaming in slow motion for god’s sake!

There is no catharsis to any of this. No grand triumph over the enemy- even a cohesive conclusion spoiled by an abysmally handled sequel-hook. It picks up elements of each previous entry and cobbles them together into a barely functional machine bent on cashing as many cheques as possible before plummeting into the earth with its titular hero- utterly devoid of any bankability after over a decade of being milked into oblivion. This has become a day job. A monotonous slog for Bay and the team behind it without any of the drive or genuine thought that fueled the first miserable entries. This time, Michael Bay can barely be bothered to make the commute. Transformers: The Last Knight is the worst film of the year- and it makes me want to hurt myself until I forget what day it is.