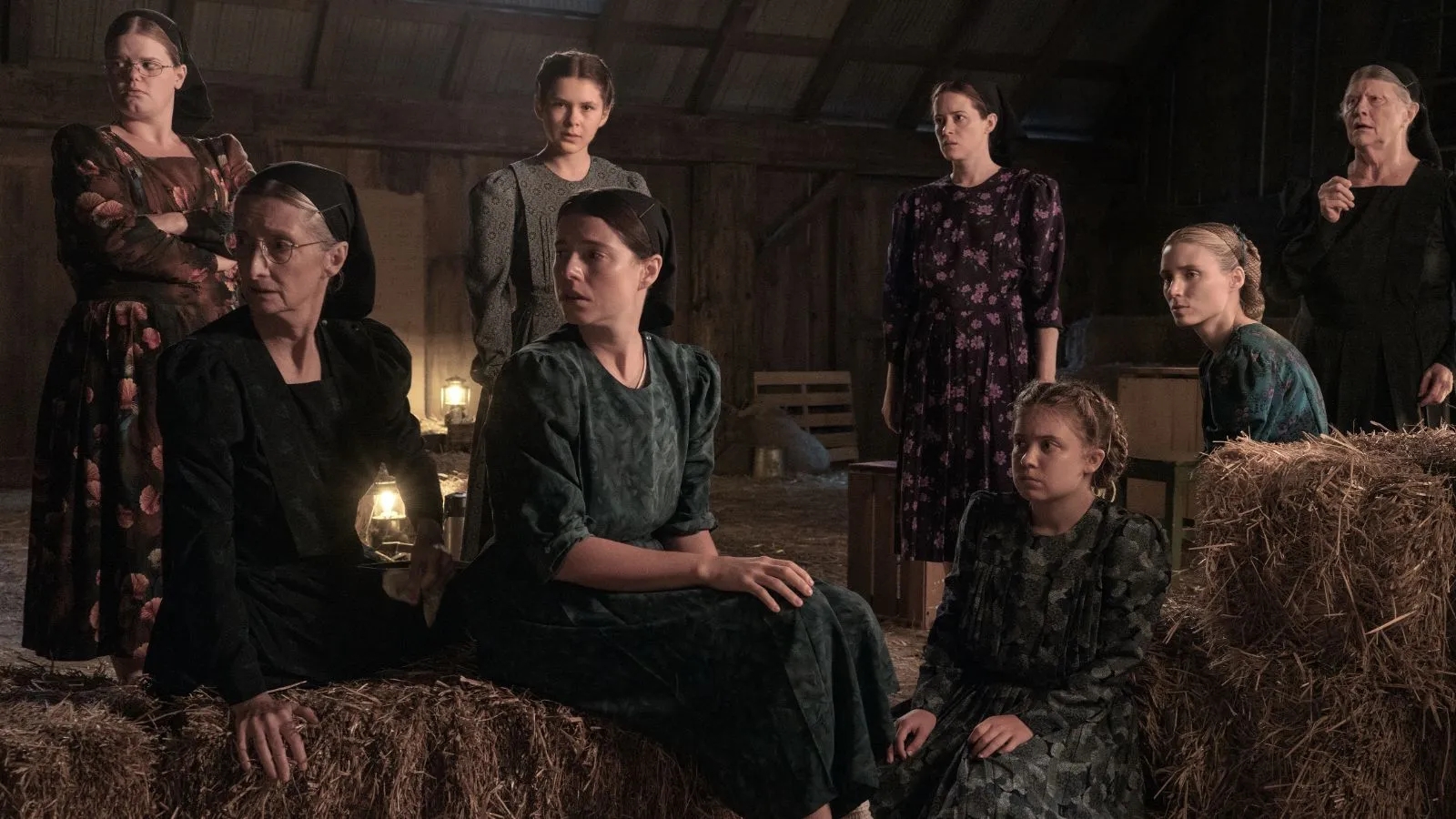 Let’s start with stating something fairly obvious but it still needs to be said: Sarah Polley is a great talent. Whether she is acting or directing, I have always admired her work. In fact, Stories We Tell is one of my favorite documentaries of all time. Speaking of documentaries, one subject matter that has been explored in several recently released non-fiction shows and movies is of women escaping cults (The Vow, Escaping the NXIVM Cult, Keep Sweet: Pray and Obey, and John of God, to name a few.) If you watched those documentaries and listened to the harrowing stories of women escaping cults, you would know how unrealistic Women Talking is. Despite Polley’s good intentions, the film feels stagey and inauthentic. Everything — from the setup to the dialogues — has an air of pretension.

So why does Women Talking feel so artificial? To understand that, we need to first talk about the setup of the story. Most of the film is set up inside a hayloft, where a group of women have gathered to discuss how to respond after multiple counts of rape and sexual abuse are uncovered within their community. The women narrow their options down to three: do nothing, stay and fight, or leave. In the end, after several passionate back-and-forth arguments and vigorous discussion, they all decide to leave.

My first problem with the whole setup is how inconceivable it is. It might work as a theatrical play or a thought experiment, but as a film, the idea of all the men (except one) of a patriarchal religious colony being away while women contemplate and discuss what to do next feels phony from the get-go. The way men in religious cults exert power is by controlling every aspect of women’s lives. So it is unimaginable that men would leave a bunch of women in such a tightly controlled environment alone to discuss how they can escape. Going back to documentaries, one of the main elements that stood out is how women who eventually escaped planned their runs. It required meticulous planning for months, and in most cases, they were only able to do so after some outside help. If getting out of a violent cult was as easy as shown in the film, a lot more women would have escaped cults. But the truth is, very few do.

My second main issue with the film is that women who have spent their entire lives in captivity don’t sound as erudite and sophisticated as the main characters in this film. Think about the kind of controlled lives these women have lived. They never had any kind of education (this is very clear in one scene, where one of the characters doesn’t know which direction is where.) These women also never had any interaction with the outside world. With such a kind of exposure, or lack thereof, how can these women make such well-phrased philosophical and moral arguments? At times, it seemed to me that I was not watching a group of women in a cult planning their next course of action but rather a bunch of philosophy students arguing in a role-play group discussion.

I know I am probably being too technical about the details. It is apparent Polley was more interested in exploring the mental aspect of escaping a cult than the physical one. Still, Polley’s lack of interest in creating a believable cult is one of the main reasons why the film fails to bring together all the ideas in a coherent way. She is more interested in the message than the nitty-gritty of the escape. And if that means creating an artificial world where the characters are used as blow horns, then so be it.

I don’t want to trivialize the issues that the film is trying to highlight. I am very aware how important and topical they are — that’s why I have not missed a single documentary made on the subject in the last few years. But as we all know, noble intent doesn’t guarantee a good film. Women Talking might have a purpose, but it has no soul.