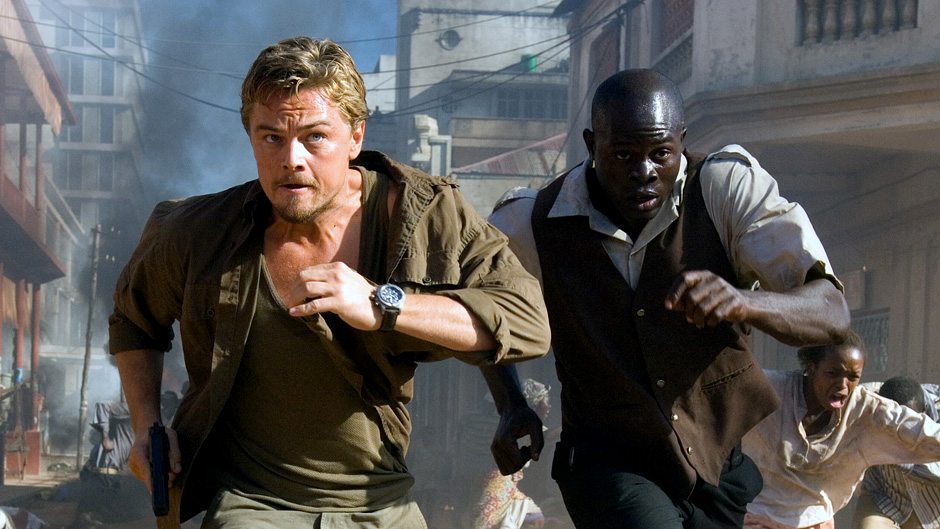 From all the choices we get, action films are far from little, as there are countless thrills and adventures made to enjoy, and certainly many more to come. These stories never cease to entertain, with their extraordinary chases, obstacles and perils that keep our heart beating fast and our eyes wide open. Wether they take place in an exotic and unknown faraway land, in a futuristic dystopian world or in the metropolitan streets we walk through everyday, we stick to the protagonist’s goal and always hope for the best. From classics to recent innovations, here’s the list of top rewatchable action movies ever that we never get tired of watching. 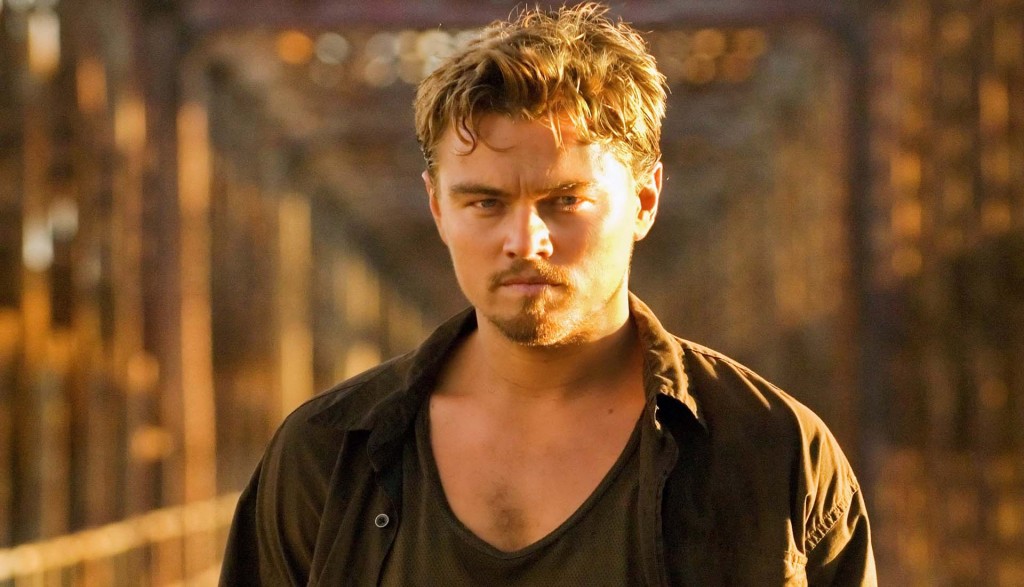 Set during the Sierra Leone Civil War occurred from the 90’s to the early 2000’s, “Blood Diamond” is a true gem in depicting the brutality of this war between the country’s rivaling forces and the atrocity and violent chaos that changed the lives of many and destroyed the future of many more. With Leonardo DiCaprio, Djimon Hounsou and Jennifer Connelly starring in a story centred around the possession of a rare diamond, expect a turbine of action that will leave you stuck to your chair gasping for air. Their great performances are perhaps the main aspect that makes this a great movie, however let’s not forget the immensity of the real-life problem that gives these blood diamonds their name. 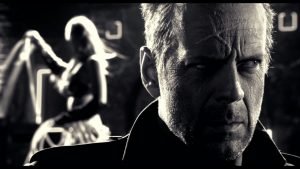 “Sin City” isn’t a film like any other. The style and techniques which it goes for give us a total visual change from the millions of films strolling in front of our eyes everyday. With its neo-noir  genre and black and white palette (for the exception of a few objects which contain bright colour) it truly empowers the concept of its several crime stories, derived from the Frank Miller’s graphic novel of the same name. With action leading the way, we find actors such as Jessica Alba, Benicio Del Toro, Brittany Murphy and Bruce Willis present in the most brutal and sexy forms ever. And there’s more if enjoyed, as it contains a sequel released in 2014 which prolongs this one-of-a-kind mood and atmosphere into another set of stories. 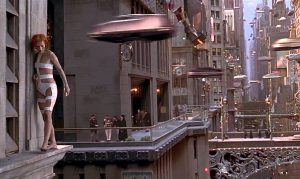 From French modern father of action Luc Besson, “The Fifth Element” is a story with imagination, determination and result. Set in a futuristic world more than 200 years from now, it revolves around the salvation of planet Earth against evil, where 5 elements (4 stones and one human) play a big part in this adventurous pursuit who’s destiny mix up with the path of a taxi driver played by Bruce Willis. Colourfully exciting, it contains the director’s signature style and cinematography combined with amazing costumes designed by Jean Paul Gaultier. An eye-grabbing action venture for everyone’s taste. 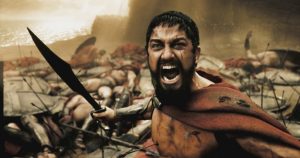 Another comic book adaptation of the works of Frank Miller! “300” tells the story of the Battle of Thermopylae, one that was fought between the Spartans and the Persians in 480 BC. It relates how King Leonidas (Gerald Butler) sent 300 of his best Spartan soldiers into war against the 300,000 army of Persian king Xerxes. Reaching a huge success at the box office, it nevertheless received mixed opinions that lead to some controversy for the portrayal of the Persians. However, one thing’s for sure, it is a visual accomplishment that will feed you with violence, brutality and action over and over, through a great cast of actors and a memorable line known by all : “This is Sparta!”. 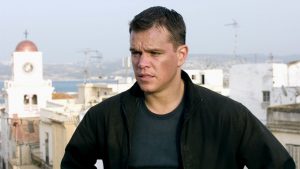 Somehow, Matt Damon always feels like the right choice for an action thriller and it is often the case, as it is with this film, the third in the Jason Bourne series. In continuity with the previous sequels, his character Jason Bourne, a former CIA assassin with a memory loss condition, continues the important pursuit of his true identity while being hunted at the same time by the people that hired him in the first place. An intelligent thrilling action film with a great lead performance that will meticulously drive you into the special agents and operations world with all the suspense and force you deserve. 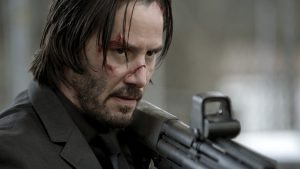 Keanu Reeves is a master at action films and this one is a stylish, exciting and thrilling film that proves it once more. John Wick is a retired hitman who’s wife has just passed away, leaving him with an adorable puppy to console his suffering. After this one is killed and his vintage car is stolen in a midnight home-assault, he decides to get back on track and find the mobsters who have taken everything he cherished away from him. A fast-moving and well-choreographed picture that adapts the neo-noir style into a greatly engineered martial-arts-inspired fight film. 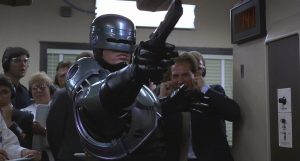 This one is another classic of the action science-fiction genre that has won over the world with its multiple societal themes and which influence subsequently developed into a whole franchise in the years following its release. It follows the story of a Detroit police officer who is cold-bloodedly murdered by a gang of criminals and following that, resuscitated into a quasi-indestructible cyborg by the name of “Robocop”. Excellently manoeuvred, it is a certified pleasure for the crime thrilling movie-lovers who crave for a futuristic dystopian setting at its best. 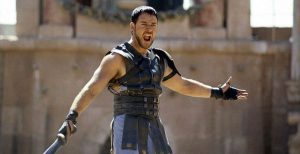 The legendary battles of blood and sweat endured by the great Maximus Decimus Meridius in “Gladiator” are part of those scenes one simply can not forget. This multi-million dollar film directed by the famous Ridley Scott had a huge success at its release and continues to impress with its heavy set and costume design that brings our contemporary actors and actresses into the past heat of AD 180 Rome. Action through skin-to-skin violence, escapades and revenging duels is what the characters must face in this amazing 5 Oscar-winning masterpiece. 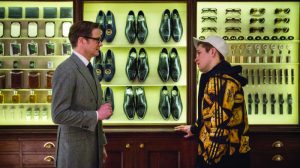 This film is just one of those awesome action comedies one doesn’t have to think twice before pressing play. “Kingsman” being a British secret intelligence service, we know we’ll be dealing with amazingly ingenious spy gadgets one simply cannot get enough of and hilarious black humour coming from its members. With great stylised action and adventure, get ready to follow the highly entertaining training programme Eggsy is introduced to by Harry Hart (Colin Firth) and which he must go through in order to become part of the spy organisation and later defeat a wealthy maniac played by Samuel L. Jackson. 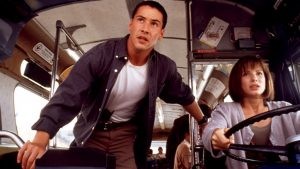 This film is as exhilarating and energetic as its title conveys. A true example of how a simple storyline can create so much tension and anxiety that will keep the audience’s attention from start to finish. “Speed” is an amazing action movie that clearly understood the essence of bringing the audience into the story and successfully achieved this with all the cinematic aspects of its construction. When it is declared that a Los Angeles public bus is under threat by a bomb attached to it which will detonate if the bus drives under 50 mph, police officer Jack (played by Keanu Reeves) must take the matters into his hand and try saving the civilians on the speeding vehicle. A true never-ending thrill. 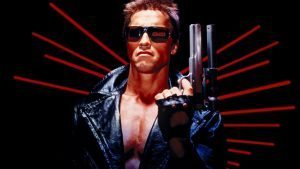 A legend. This box-office hit launched the career of praised movie director James Cameron and the star of the picture Arnold Schwarzenegger into an endless career which we are well aware of nowadays. Iconic in all its forms, there’s nothing better than watching this influential and terrific science-fiction action masterpiece and follow the attempts of The Terminator, a cyborg assassin sent from the far future of the year 2029, to kill the 1984 pregnant Sarah Connor. Why? I guess you’ll have to find out. 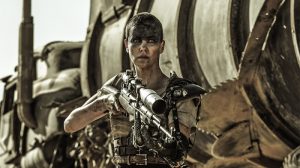 By many considered one of the best action movies of all time, wether one agrees or not, one thing is certain : it is a great film in this genre with an even greater cinematography. Thumbs up to the incredible Art Direction that brought the story to a feverish and scorching reality, one that will take longer than usual to get out of once the film is finished. In a post-apocalyptic desert reigns the tyrannical army of Immortan Joe. When Imperator Furiosa (played by incredible Charlize Theron) flees the Citadel with the leader’s five wives in an armoured truck, a heavy and violent pursuit begins on this car chase battle hit. 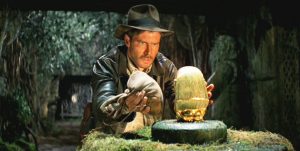 Who could be better at action than the one and only Indiana Jones on his perils and adventures around the globe? One simply cannot get enough of this legendary character who has marvelled an infinite audience throughout the years and who’s name has definitely been carved in cinema’s history-long list of memorable characters. Spielberg must be an extremely lucky man for directing this top-grossing Academy Award winning film, that recounts the first ever expedition of the beloved archaeologist to Egypt on a quest to find the Ark of the Covenant, before the Nazis do it first. 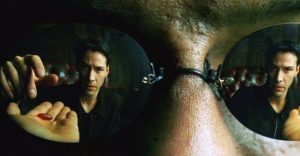 The Matrix series are known by all for its mind-blowing plot that seriously puts your world into question by turning it upside down and giving it all sorts of twist and hypothesis. Alongside its philosophical and science-fictional nature, it embodies a hell of a lot of amazing action scenes delivered through stylised, impressive and innovative cinematography techniques. I mean, one must mention the “bullet time” effect as it’s name and popularity was indeed introduced through this iconic masterpiece. Remember how Neo dodges the bullets on the rooftop of a building? Simply genius.

Obviously “The Dark Knight” had to be on this list, what would it be without it? Christopher Nolan’s massive hit has stagnated in history as one of the best superhero films of all time, and rightfully so due to its incredible direction, production design, special effects and especially the posthumous Award-winning performance of the amazingly talented Heath Ledger in the role of the “Joker”. One will never forget the emblematic dark and complex character who has made his words heard and who has become the most iconic villain in the comic world. If it’s time for superheroes, then it’s time for the raw, powerful and emblematic version of Batman we are offered to devour right here.