‘Rich in Love’ is a Brazilian romantic comedy that looks at the transformation of Teto through his romantic encounter with Paula. The film is filled with ‘on the edge’ situations wherein Teto has to continually keep up with the image he has created for himself in front of Paula. The romance is a colorful build up in the city of Rio de Janeiro.

Teto is the son of a wealthy businessman who owns a tomato products factory. Having been raised in the lap of luxury, he is quite the playboy bedding different eager women each day. His friend Igor, the son of the house help, always supports him in his various endeavors. Teto’s life suddenly sees a change when his father cuts off his funds by asking him to step up by working in his company. The same day, which is also his birthday, he meets Paula, a final year medical student.

Teto is smitten by Paula and moves to Rio de Janeiro to be close to her. However, he is trapped in the lie he told her that he is poor. He then wins over Paula by also trying to earn some merit working in a trainee program in his father’s company in the city. Although he does it by switching his identities with Igor, he soon sees things spiral out of control. Nonetheless, he is able to get the girl and be his own person through his new business venture.

The night of the big business meeting between Teto and his father’s business partners is the same night, Paula ends up learning the truth behind Teto’s lies. While Teto gets accidentally drugged by her friend, he worsens the situation by stepping into a campfire. Though he manages to put it off, he is seen by Ana, one of his former flings and Paula’s best friend’s cousin. Ana tells Paula everything. Paula then confronts Teto telling him that she has learned the truth of his identity through Ana.

In a fit of anger at learning the truth behind Teto’s identity, she also confronts Victor, the doctor who constantly flirts with her. She declines the opportunity of residency under him in the hospital and walks off. Things take a dramatic turn for Teto when his father, along with the rest of the company, learns about the truth of Igor’s and Teto’s real identities, as Teto was announced the winner of the traineeship program in front of his father.

This causes an additional rift in the budding romance of Igor and Alana. Alana, the head of the traineeship program, had fallen in love with Igor thinking he was Teto. She was even more surprised to learn that in reality, Igor and Teto had duped her into believing that their hotel’s receptionist was the head of Trancoso Tomatoes, in other words, her company’s owner and Teto’s father. Alana, who is already deep in love with Igor by then brushes off this fact and is thankful that she met him. Monique, who was also kept from much of the truth, demands that she gets Teto’s car, the reward of her help to get Teto to win. This is contested by Igor, who actually won. 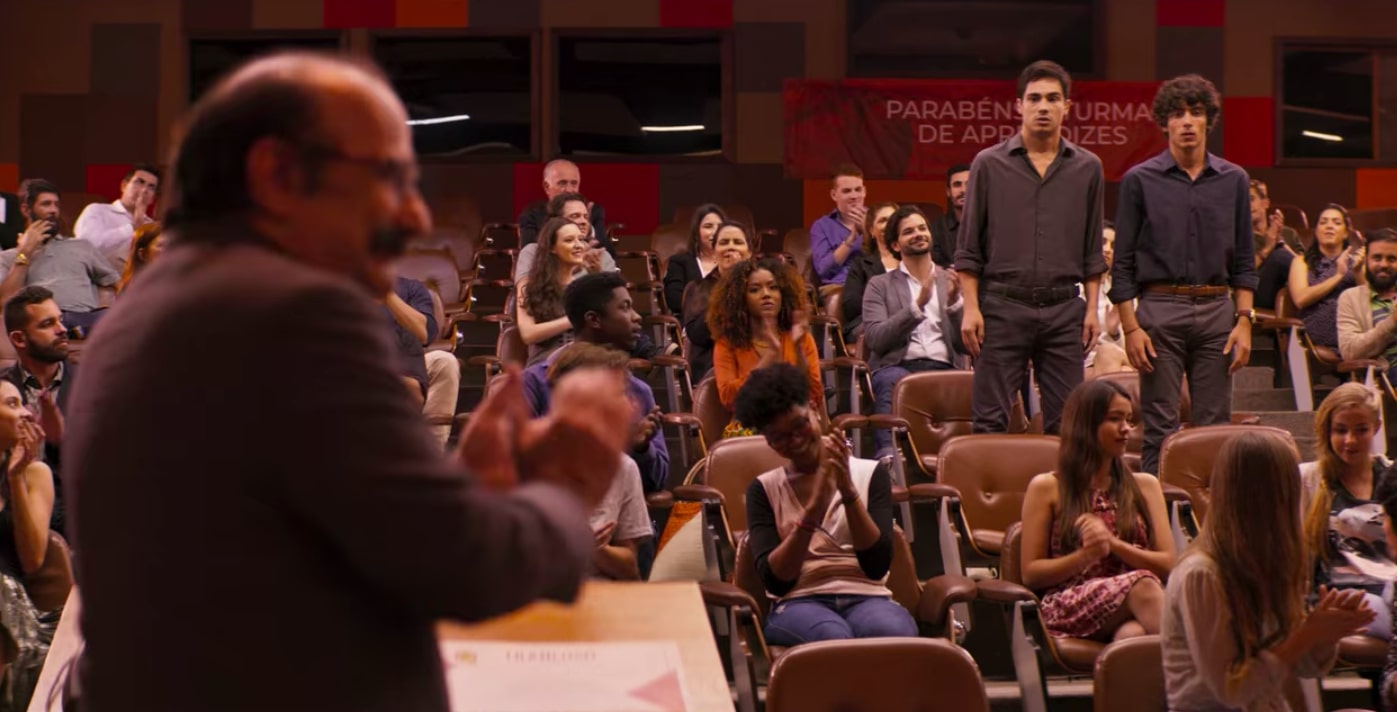 Though this situation can seem a bit confusing, it is easy to untangle. Teto had promised Igor his brand new expensive car if he agreed to swap identities with him for the traineeship program, working hard to win the position of an employee. This would then mean that Teto would bag the job with Igor doing all the hard work. Later, however, Teto grows jealous of the fact that Igor was actually doing well, while Teto as Igor was being scolded for his amateur mistakes. As a result, he seeks help from Monique to train him, promising her that he would give her the car if she helped him win. In the end, Teto won in name, whose identity is now shared between two people: the real Teto and Igor in disguise as Teto. Hence, to break up the fight, Teto comes up with an idea to split the car amongst all of them.

Fast forward, one year later, the truth behind how Teto managed to do that is shown. Teto, Monique, Igor, and Alana go into business together. They have a rooftop tomato farm whose products they sell. The film, now forwarded by one year in time, shows us that Teto’s business has really flourished, urging Teto’s father to invest in it because it’s profitable. During this time, Igor and Alana get married. We are also able to see that Monique seems well off than before.

The last bit focuses on Paula coming back to Teto. She had left him one year before learning that he had lied to her. She then left the city to go work in the Amazon as a volunteer physician. She comes back and forgives Teto, and reunites with him. Thus, all personal goals are achieved by the characters.

Read More: Is Rich in Love a True Story?