Roylynn Rides Horse Murder: How Did She Die? Who Killed Her? 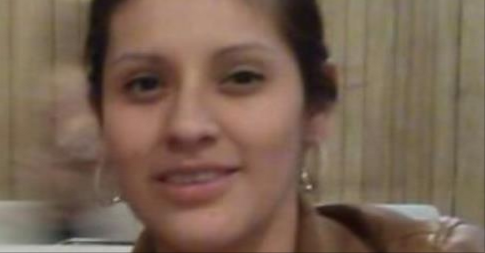 Investigation Discovery is the nation’s biggest true-crime network, broadcasting an extensive menu of series which retell infamous crime cases from around the country. ‘Dead Silent’ brings to the screen stories of true crime from desolate locations. The viewers are transported to the depths of spine-chilling, mysterious dark murders through each 40-50 minutes episode. In the fourth season of the series, the gruesome death of Roylynn Rides Horse has been chronicled. The brutal death caused an uprising in the minority Crow community. We found out all there is to know about this baffling and horrendous crime.

How Did Roylynn Rides Horse Die?

Roylynn Rides Horse’s naked and burnt body was first discovered by a rancher on April 17, 2016. The rancher stopped his truck on Castle Rock Road on the Crow Indian Reservation when he spotted a naked person lying on the ground. She was badly beaten, frostbitten, and very severely burned. Rides Horse was subjected to emergency treatment at Crow Agency Hospital and was immediately transferred to the University of Utah Hospital Burn Center thereafter. Doctors informed Ride Horse’s family that before collapsing on the ground, she had walked for 3 miles after being set on fire.

A majority of Ride Horse’s body was covered in burns. Roylynn Rides Horse succumbed to her injuries and died a little after 4 a.m. on June 28, 2016, after fighting her battle for two months. Rides Horse had been beaten to unconsciousness on April 17, 2016, doused in gasoline and set on fire, and left to die in a field. She suffered from third-degree burns that covered more than 45 percent of her body. Rides Horse was at a bar with her boyfriend when they got into an argument. At that time, another girl named Angelica Whiteman agreed to give Rides Horse a ride home.

She called another man Dimarzio Swade Sanchez, for assistance, following which Rides Horse’s boyfriend left them alone. While in the car, Whiteman and Rides Horse got into an argument, which turned violent very soon. It escalated to Whiteman aggressively beating and trying to strangle Rides Horse to death. Sanchez, along with his brother, Frank, and Whiteman then drenched Rides Horse in gasoline and set her on fire. Whiteman was arrested on May 11, 2016, followed by the arrest of the Sanchez brothers on June 22, 2016, by federal authorities.