The Story of Sally Field 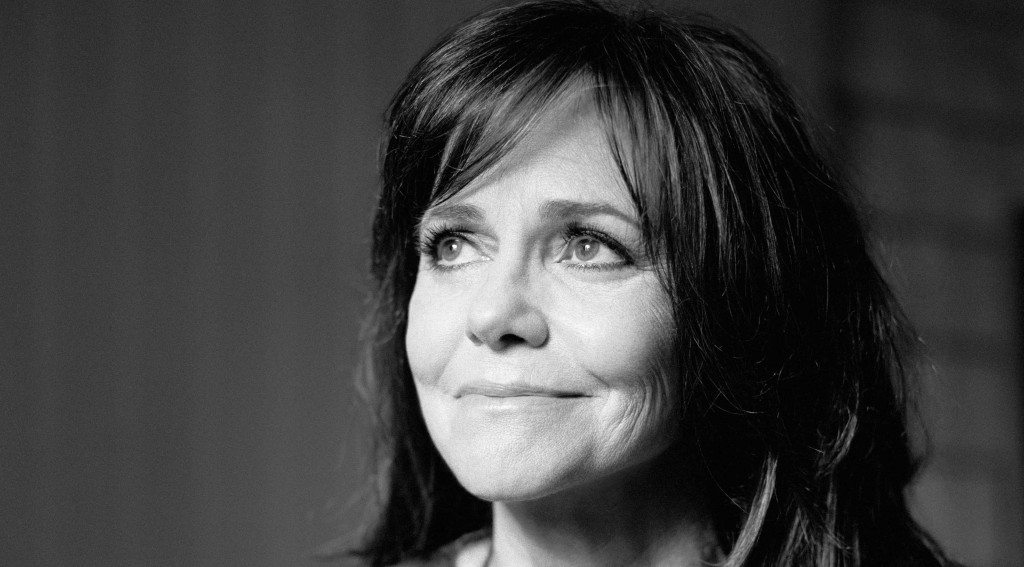 In the mid-seventies, she was best known for her television work as Gidget or the goofy ESP show The Girl with Something Extra, no one thought of Sally Field as a movie star. Hanging around her neck was the albatross The Flying Nun, a sixties comedy show in which she portrayed a tiny nun who could fly (no kidding) and was always dropping in saving the day. Popular, though stupid, it caused many an executive not to take the actress seriously. Big mistake. By the end of the seventies she had become a major actress, an Oscar winner for Best Actress, earning awards also from the Los Angeles Film Critics Association, the National Society of Film Critics and the New New York Film Critics Circle, making hers one of the most acclaimed performances in movie history. The film was Norma Rae (1979) in which she portrayed a union organizer in the deep south, and no one ever thought of Sally Field the same again.

It is however fair to say that her road to being recognized started on television when she was cast as a woman with several personalities in Sybil (1978), in which she was remarkable. Tired of sitcoms, she fought for and got a few strong movie roles before Sybil (1978) and once cast she was astounding, winning an Emmy for her performance. While co-starring in a series of movies with Burt Reynolds, with whom she was involved romantically, her box office status rose by association with the actor in movies such as Smokey and the Bandit (1977) and The End (1978). Sent the script Norma Rae, she asked Reynolds to read it and he complied, telling her if she did the film, and she did, that she would win the Academy Award. Her time as the Actors Studio had done her well, and she had eliminated the cute factor that made her popular on TV, replacing it with a determined grittiness and won over audiences and director. Her performance in Norma Rae (1979) was a revelation, a fearless performance that rocked critics back on their heels, leaving them falling over themselves for superlatives for the tiny actress. You could see the character learning, taking it all in, and growing as a person. It was, is, one of the screens greatest performances.

She followed Norma Rae (1979) with a strong performances in Back Roads (1980) as a foul mouthed hooker, and then opposite Paul Newman in Absence of Malice (1981) as a reporter who writes an expose that could ruin him, then falls in love with him. The romantic film Kiss Me Goodbye (1982) with James Caan was a colossal flop, no chemistry between the two stars at all, leading the film to failure. Yet back she came with a vengeance in Places in the Heart (1984) as a plucky widow in Texas during the depression who hires a black man and blind man to help her save the cotton farm when her husband is accidentally shot and killed. Based on the grandmother of director Robert Benton, Field was again superb in the film, fiercely protecting her children and land, equally protective of her hired hands, never seeming to see the color of Moses’ skin.

The movie was one of three that dealt indirectly with the farm plight in America at the time, Country (1984) and The River (1984) being the other two and all three actresses from the films were nominated for Oscars. However it was Field, just five years after winning her first Oscar holding her second and exclaiming with pure unabashed joy, “You like me!! You really like me!!” which led to parody and some ridicule for those who missed the point.

And then incredibly, with two Academy Awards, her career faltered. She made films that were weak, that did not matter and in some cases were terribly manipulative. Ten years after winning her second Oscar she was films most famous mother in Forrest Gump (1994), giving a fine gentle performance as a mother dedicated to her mentally challenged son. Despite rave reviews, she was snubbed for a supporting actress nomination and watched the film roll to enormous success at the box office and then win several Oscars including Best Picture. It would be eighteen years before she would make another great film and when she did she had to fight to remain part of the cast when the lead actor walked away. Hand picked by Steven Spielberg to portray Mary Todd Lincoln in his film Lincoln (2012) Field was rattled when Liam Neeson walked off the project, feeling too much time had passed and he was now too old to play the part. Replaced by Daniel Day-Lewis, one of her greatest actors in the English language. Spielberg was prepared to let Field go, citing her being now too old to play the part. She fought his decision, demanded a screen test with Day-Lewis which was permitted, and a few hours later a humble Spielberg called her and told her she was forever his Mary Todd.

Lincoln (2012) was a magnificent work, superbly written, directed with precision by Spielberg but it is the acting that carries the day. Day-Lewis leaves you believing you have met Lincoln, heard his voice, watched him in the White House with a performance for the ages. He won his third, record setting Academy Award for Best Actor as well as his fifth award from the New York Film Critics Circle, his fourth for Best Actor.

Field too won the New York Film Critics Award for Best Supporting Actress and found herself a nominee for supporting actress come Oscar time. With twelve nominations, Lincoln (2012) was the favorite to take home the lions share of the awards, but would win just two, for Best Actor and Best Art Direction.

Hello! My Name is Doris (2016) could offer Field another shot for Best Actress, as her lovely comedic/ dramatic performance is just luminous, one of the best performances I have seen in the last five years. As a spinster who has looked after her mother all of her life, she is set free when her mother finally dies after an illness. Taking a job to keep busy, she suddenly finds herself surrounded by much younger people, and falls hard for a much younger man working with her. He is a nice guy, truly, he genuinely likes her and enjoys her company, but knowing Doris as we do, can she manage a relationship this late in her life? And with a much younger man?

It s a bold performance, one that could have gone horribly wrong, but the actress grounds it in such reality it is nothing but perfect. She just is. This is a lonely woman who has dedicated her life to her mother and without that she is finally free to live her own life, to find that love she is so deserving of. Field never tries to play cute, but manages to be endearing, wearing a crashing of colors to an event that allows her to stand out from the rest, and find acceptance from the people there.  People like her, because she is worth liking, she s terrific, just older. And it is getting past that small thing that we watch happen. Should age matter? IS it not relative? It happens, the heart wants what the heart wants and there is nothing we can do about it.