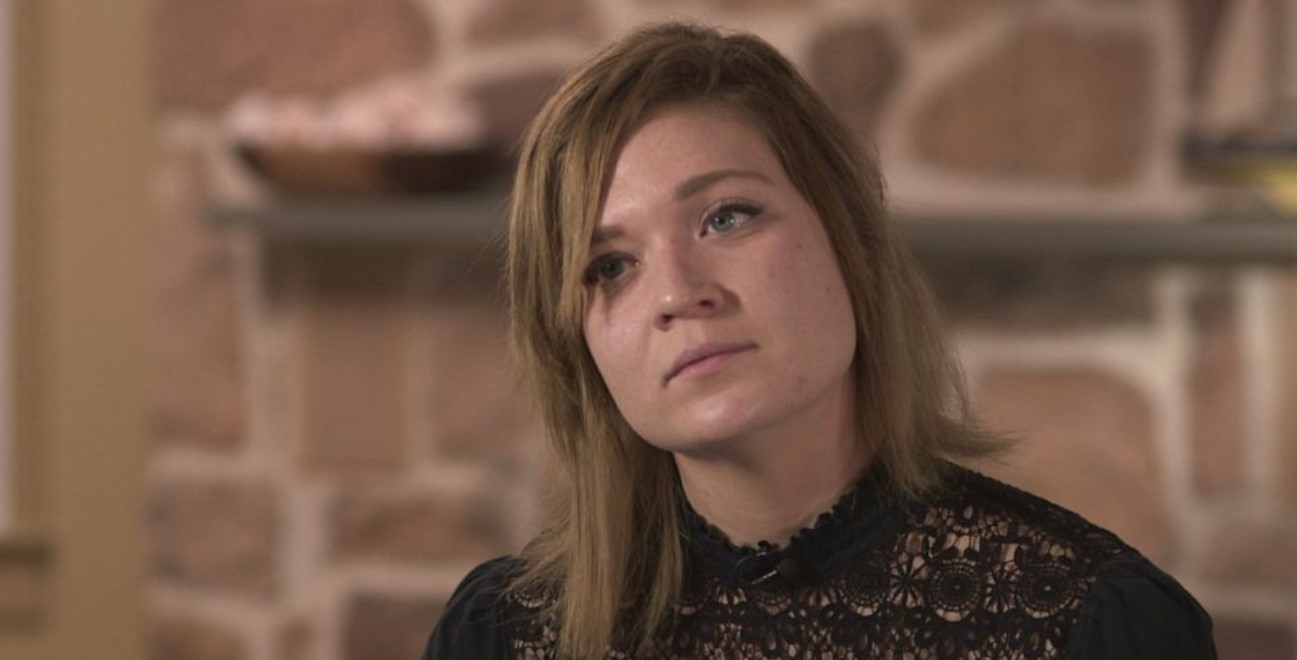 In the third episode of Netflix’s ‘Web of Make Believe: Death, Lies and the Internet,’ the viewers learn more about the growing white supremacist movement in the country and how one such supremacist drove a car into a group of people in August 2017 in Charlottesville, Virginia. The episode also features an interview with Samantha, a former member of Identity Evropa, a neo-nazi organization. So, if you’re curious to find out more, we’ve got you covered.

Samantha grew up in the suburbs of New Jersey in a middle-class family. On the show, she talked about having an alcoholic father and a workaholic mom. While growing up, Samantha and her brother were left to themselves, and there weren’t a lot of rules. She moved to Florida halfway through high school but didn’t make the adjustment well; she kept skipping classes. Eventually, Samantha moved to South Carolina for a job.

There, Samantha met someone in 2014 and began dating him. By 2016, though, things began to change. She said, “He started saying strange things to me that didn’t make any sense. He would call me a degenerate… He started saying phrases like he couldn’t defend me on the Day of the Rope.” The Day of the Rope is a reference from a 1978 novel titled ‘The Turner Diaries’ that refers to the hanging of anyone perceived as non-white or with disabilities.

Samantha then began reading about it, initially hoping to convince herself that her boyfriend was not racist. However, the propaganda slowly took hold of her, and she joined Identity Evropa, an organization that believed in white supremacy, in December 2016. For most of the following year, Samantha served as the women’s and membership coordinator, interviewing at least a hundred potential members. When she was interviewed as a prospective member, Samantha mentioned being asked about her views on anti-semitism and later stated many of the members talked about exterminating Jewish people.

While being part of the group, Samantha talked about how women were supposed to behave, adding, “I wanted to be more feminine, I wanted to be more desirable, I wanted to be more appreciated, I wanted to feel smart. So I just played into these roles. And the standards for how women are treated in there are pretty low, so I was able to lean into that and make that work for me.” But after the Charlottesville incident in 2017, Samantha realized she had to get out. By then, she said that within Identity Evropa, “there was a promotion of a peaceful ethnic cleansing.”

In November 2021, Samantha testified during a civil trial and revealed even more disturbing details regarding the group. She mentioned that Discord, a messaging app, was used by Identity Evropa in general in addition to organizing the Unite the Right rally in Charlottesville. Not just that, she was in a relationship with Elliot Kline, reported as the main organizer of the rally, between May and November 2017.

According to Samantha, Elliot worked at a pest control company and talked about wanting to exterminate “Jews instead of cockroaches.” Samantha also testified regarding Richard Spencer, another white nationalist. She had a sexual relationship with Richard in May 2017, and that led to an invitation to a party with other leaders having similar views. There, Samantha claimed people discussed the legality of ramming counter-protesters with a car.

Samantha’s testimony also included how the members of the groups used derogatory terms for black and Jewish people and references to the Race Holy War. This was described as a “physical violent confrontation between white people and every other race.” The members were also asked not to use racial slurs while out in public, with Samantha adding, “They wanted to look presentable, they wanted… I would say that it was like being wolves in sheep’s clothing.”

Where is Samantha Today?

Samantha completely quit being a part of Identity Evropa by December 2017, including the chat rooms. After that, she lived in a remote cabin out in the woods for a while. Samantha chose not to reveal her last name to protect herself and her family from possible retribution. After quitting, she also talked about receiving threats from her ex-boyfriend. Later, Samantha joined Life After Hate, a non-profit organization that aids people in leaving far-right hate groups.

Samantha’s story was also featured in journalist Andrew Marantz’s book about online extremism. Regarding speaking out about her past, she said, “I learned from this, and I really hope that I can help people understand how this happens and how they too can get out, and how maybe you can even stop someone from starting.” While Samantha worked several jobs and moved around a lot after leaving Identity Evropa, she chose not to divulge her current location for her safety. It’s unclear where she currently lives, with her last known residence being in Virginia.