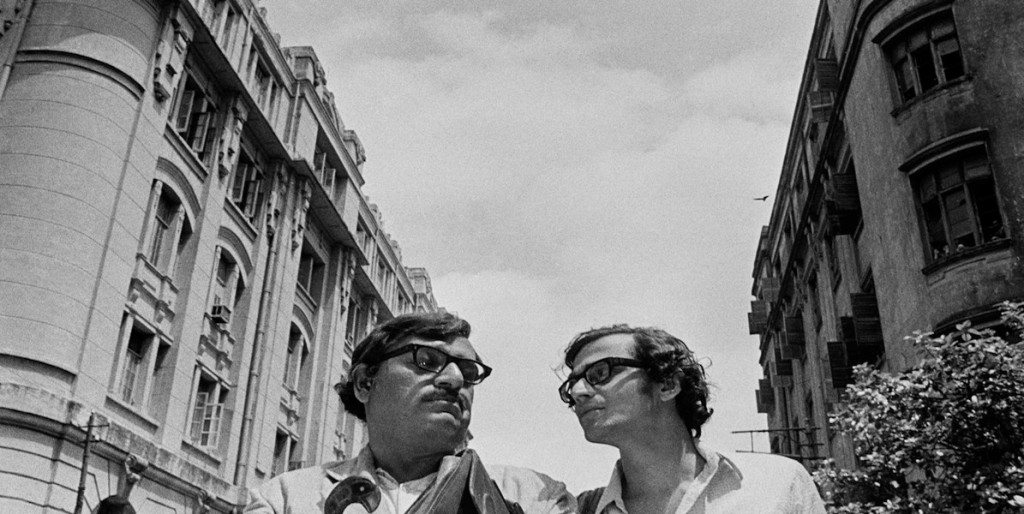 Upon its release in 1955, ‘Pather Pachali’ forced the world to sit up and regard Indian cinema with a newfound reverence. The credit, by a long margin, lay with the sheer genius of the perennial Calcutta man Satyajit Ray. Inspired by the likes of Vittorio De Sica and Jean Renoir, Satyajit Ray brought about the much talked about and revered concept of neo-realism in Indian cinema. The result was impeccable, with ‘Pather Pachali’ being regarded as a milestone in parallel cinema. He followed it up with two sequels to this story, ‘Aparajito – The Unvanquished’ in 1956, regarded as a finer work than its predecessor, and ‘Apur Sangshar – The World of Apu’ in 1959. This trio of movies, fondly known as ‘The Apu Trilogy’, is considered to be the best set of movies ever made on humanism. Ray managed to explore the depth of the characters and play with the emotional fiddle while keeping to the tune of neo-realism. After a spate of films, including Ray’s personal favorite ‘Charulata – The Lonely Wife’ in 1964, there came three films which had a profound impact on urban neo-realism, addressing the society and the citizens of the hallowed city of Calcutta. In what is known today as ‘The Calcutta Trilogy’, Satyajit Ray, in his own composing way, brought about the perks of living in the city, the tumultuous life and the love which holds the city together.

Unlike the ‘The Apu Trilogy’, ‘The Calcutta Trilogy’ doesn’t follow a single character or a particular storyline. Rather it sticks to the streets of the City of Joy and the emotions that unfurl in the lanes and by-lanes throughout time. The Trilogy begins with ‘Pratidwandi – The Adversary’ an adaptation of Sunil Gangopadhyay’s novel. Set in the background of the economic stagnation in Calcutta, it tells the story of a highly educated and intelligent young man, Siddharta Bose as he struggles to find a job in the city after dropping out of medical college post his father’s death. Following the construct of a circular storyline, something which would be widely adapted in future, Ray brings to life the frustration of the middle class youth and the nonchalance of those perched just above the berth. The protagonist Siddharta is the epitomic representative of the struggling, educated and intelligent class who is shepherded along with the rest into searching for jobs below his skillset in order to support his family. Ego and temperament prevent him from acquiring a job in the city he loves and feels a mystic bond with. Ray asks a pertinent question through the life of Siddharta – who is the actual adversary? He faces that unknown rival throughout – in the form of the economic condition, the other applicants who have queued up for the same job, his fate which saw the ill-timed demise of his father, his family where his sister is the sole bread-winner and the upper-class society with its airs who look down on the strugglers with contempt.

‘Semmabadha – Company Limited’ in 1971, is a complete opposite of its predecessor. Adapted from Mani Shankar Mukherjee’s novel, the film explores the posh life and ruthlessness of ambitious sales manager of an electronics firm, Shyamalendu Chatterjee. Adapting the high class British life, Shyamalendu enjoys a successful life with his wife. Ray uses ambition like a Shakespearean tragedy, beating down his protagonist’s image in front of himself and his revered sister-in-law who comes for a visit. Even though, he was rewarded for his efforts, the path he had followed in his quest for glory, trapped (Bengali: Seemabaddha) him in his own guilt, limiting him in an emotional niche and never giving him the joy he craved for. This irony in life was craftily brought about by the master director, using the economic and civil unrest in the city as a launching pad to highlight the difference between the classes and comments on the level a upper-class person is forced to stoop to, in order to bow down before ambition. In the end, the struggling class may be limited in their means, but scores a moral victory over the ruling class who limited by their ambition, never achieves the moral high-ground.

The final part of this trilogy came with another adaptation of Mani Shankar’s novel in 1976. ‘Jana Aranya – The Middleman’ spoke about the things the urban youth were forced to do in order to earn a living. The concept of a middle-man (dalal) generally irks the educated Bengali and to become one is considered criminal. However that’s what the protagonist Somnath Sarkar has to do in order to stand on his feet and earn respect among his family, friends and society. He becomes captivated by the lure of easy money and transforms from a humble youth to an ambitious one. His surge takes a hit finally when he comes face to face with conscience in the form of his friend’s sister whom he was ‘gifting’ to a client for a deal to be finalized. Like its predecessor, this film to culminate in a financial victory for Somnath but comes at the heavy cost of guilt and loss of self-respect. This too is set in the background of Calcutta’s political unrest and depicts the helplessness of the educated youth of the city. Using the lives of Somnath and his best friend’s sister Kauna, an honest portrayal of survival is shown. The term ‘middleman’ shrugs past the literal and transcends into symbolic. Somnath is the middleman, caught between his ideals and his will to survive in the harsh world, ends up sacrificing the former to the latter. His father is trapped between two time lines, one where honesty was revered and the present where corruption is accepted as normal behavior. The society too is in the middle of a transformation, undergoing the turbulence in order to become better. The affected middle class always face the brunt of the axe as they are always in the middle of any battle that goes on –political, ideological or economical.

Satyajit Ray’s urban neo-realism is solely responsible for making the stories into profound human and society documentaries and bringing about a meaning through each of the stories. Ray merges us into the city in shambles. The opening scene of ‘Pratidwandi’ is an example of such. He takes us through the intersecting tram lines and the electric wires that crisscrosses the entire city. We enter a crammed double decker bus, filled with people, all having different purposes. In a De Sica like moment, he shows us the city from the vantage point of the bus, connecting us to the crowd of Calcutta. He brilliantly repeated this concept in the sequels, mapping us to the soul of the city through the lives of the strugglers and the successful people. Another impeccable innovation was the use of flashbacks in negative film used primarily in ‘Pratidwandi’ to symbolize the blurred, incomprehensible past. For ‘Seemabadha’ and ‘Jana Aranya’, Ray dispersed still moments in the cine reel, highlighting the stagnant life of the youth and the city to great effect.  Ray played with symbolism, using minute moments to classify something much deeper and meaningful. In ‘Seemabadha’, Shyamalendu’s alighting of the stairs in his building symbolized the struggle to get to the top, something he had forgotten in his position on top of the ladder. Siddharta’s obsession with a bird’s call and his inability to find it in the city was symbolic of his failure to find peace and stability amidst the chaos. He finds it ultimately, miles away from Calcutta, during his new job and know he can be at peace now.  The trilogy as a whole is one profound example in lucid storytelling and brilliant filmmaking, something which only an auteur like Satyajit Ray can manifest.

As some other filmmakers of the neo-realist era like Gilo Pontecorvo (The Battle of Algiers), Satyajit Ray chose to compose his own music for the trilogy. The effect was magnificent, adding the extra dollop needed to complete the connection with the city. He went for the street sounds to highlight the city’s soul and used his fusion music with the sitar and tabla to portray the human emotions. The choice of cast was immaculate with little known Dhritiman Chatterjee, Barun Chandra and Prabir Mukherjee as the protagonists of the movies in their order. The flawless English diction of Dhritiman as Siddharta, the suave class of Barun as Shyamalendu and the eerie calmness of Prabir as Somnath were harmonic to the feel of the film. The iron support cast led by Haradhan Bandopadhyay, Santosh Dutta, Dipankar De and Sharmila Tagore added stability to the side roles and anchored the film perfectly.

‘The Calcutta Trilogy’ was way ahead of its time, depicting the eternal class struggle without being fatally communist. With the City of Joy is facing a similar trouble now, due to the lack of jobs forcing the young generation to leave the state, re-watching this series wouldn’t be an entirely bad idea. It is astounding how little we hear about this triumvirate. Even many Bengalis are unaware of this treasure trove. A classic example of flawless filmmaking, its time the modern directors open up their notebooks and take a lesson or two. Maybe then, we can expect films with meaning in this era dominated by mediocrity.

Read More: ‘Pather Pachali’ – Everything That Cinema Aspires to be