In April 2011, the sudden disappearance of a teenager had the authorities scrambling for leads. But they soon learned of a disturbing development, leading to a grim discovery. The newest episode of Lifetime’s ‘Sleeping With a Killer’ delves into what happened to Seath Jackson in Florida and the cold-blooded plot to murder him at a house. So, if you’re wondering what happened, we’ve got you covered.

How Did Seath Jackson Die?

Seath Jackson was born in January 1996 to Sonia and Scott Jackson and had two brothers. He was described as a kindhearted kid who dreamed of becoming a UFC fighter. Seath loved hanging out with his many friends and enjoyed four-wheeling with his family, in addition to being an animal lover. At the time of the incident, Seath had broken up with his then-teenage girlfriend, Amber Wright.

Seath’s parents reported him missing on April 18, 2011, after not hearing back from him. Then, the authorities received a tip the following day that marked a grim conclusion to the search. They found Seath’s burned remains in paint buckets weighed down with cinder blocks at a flooded quarry in Ocala, Florida. Partial remains were located in a burn pit at a house in Summerfield, Florida. The investigators concluded that Seath had been beaten and shot in the head with a .22-caliber firearm before his body was burned.

Seath Jackson and Amber Wright had begun a relationship sometime in December 2010 but broke up in March 2011. In the time leading up to the incident, they had been publicly feuding on Facebook. The investigation revealed that Amber, then 15, began dating a then 18-year-old Michael Bargo. One of Seath’s friends, William, Samalot, later stated that Michael incorrectly thought Seath had abused Amber. So, there was animosity between the two teenagers. 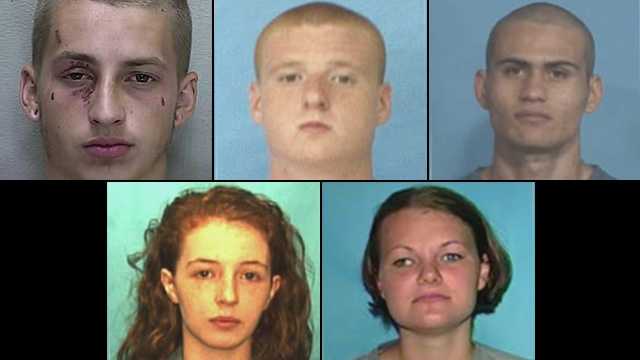 At the time, Michael lived at Charlie Ely’s house along with Kyle Hooper (then 16) and Justin Soto (then 20). Amber, Kyle’s sister, stayed over often. The authorities learned from Kyle and Amber’s mother on April 19, 2011, that Seath was killed at Charlie’s house; Kyle had told her about it. So, the police quickly rushed to that house and hoped to understand who was responsible for Seath’s death.

The investigation revealed that Michael had threatened to kill Seath a week before the murder. Kyle was also angry with Seath because he found Seath in bed with a girl he liked. Court documents indicated that Kyle messaged that girl about killing Seath. On April 17, Michael talked to Kyle and the others about killing Seath and devised a plan. Amber would lure Seath to the house, and Justin, Michael, and Kyle would attack him.

William Samalot stated that on April 17, he and Seath were at a friend’s place but parted ways around 9:15 PM when Seath was headed toward Charlie’s house. Text messages between Amber and Seath from that night showed that she asked him to come over under the pretext of working things out and getting back together. Seath met Amber and Charlie, and the three walked to Charlie’s home.

Then, it was revealed that Kyle had struck Seath in the head with a blunt object, and Michael shot him with a .22-caliber firearm. An injured Seath ran out of the house while Amber and Charlie hid in another room. Then, Justin tackled Seath in the front yard, where Michael fired at the 15-year-old again. The three men carried Seath back into the house and put him in the bathtub.

Seath’s kneecaps were shattered so he could fit in a sleeping bag. Upon realizing he was still alive, Michael assaulted and shot Seath several more times, including firing in his face. The body was then placed in a firepit and burned. The following morning, Michael and Justin went to a quarry in Ocala; they were driven there by James Havens, Amber and Kyle’s stepdad. Seath’s remains, filled in paint buckets, were dropped into the water and weighed down with cinderblocks.

DNA analysis of the remains found at the quarry and the firepit led to the conclusion they came from the same person. Then, it was confirmed that the remains belonged to the biological son of Sonia and Scott. Furthermore, Michael had told several people varying versions regarding getting into a fight and killing a kid before burning the body. He claimed to have done it because the kid raped his sister, and in another version of the story, the kid raped his girlfriend.

Where is Amber Wright Today?

The authorities promptly arrested all five, and they faced varying sentences for their involvement. In June 2012, Amber and Kyle were both found guilty of first-degree murder. However, Amber appeared for a retrial in early 2016, also ending with the same verdict. She was then sentenced to serve life in prison. Charlie and Justin also received life sentences, but the former’s conviction was vacated in 2020, leading to a guilty plea to a lesser charge and eventual release. Michael received a death sentence for being the mastermind. Prison records indicate that Amber remains incarcerated at Homestead Correctional Institution in Miami-Dade County, Florida.