Where Is Selling the Big Easy Filmed? 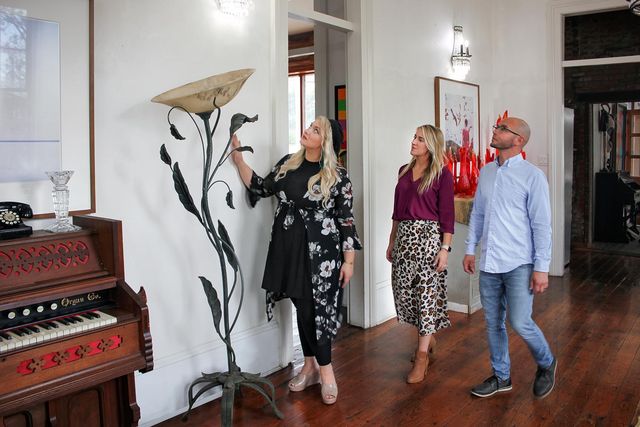 Selling the Big Easy is a home improvement docuseries, which follows real-estate superstar Brittany Picolo-Ramos and her team as they take us through the vibrant housing market of New Orleans. As we all know, NOLA’s architecture is a reflection of the city’s rich history and multicultural heritage. We have everything in this locale — from Creole cottages and staggering mansions on St. Charles Avenue to the French Quarter and Moorish revival churches. Hence, it is the ideal location for the series. And as it happens, Brittany is also a native of this very place.

So, as it’s already apparent, Selling the Big Easy is shot in New Orleans, Louisiana. But below, let’s visit some of the exact locations where the series has been filmed. Read on! But before you proceed, have a look at some of these behind the scenes photos — with one featuring a luxe home with a chandelier!

The French Quarter aka Vieux Carré and Barrio Francés, is one of the oldest communities in New Orleans. In fact, following the founding of New Orleans in 1718, the development of the city took place in and around Vieux Carré. Currently called the French Quarter, many of the historic mansions here trace back their roots to the 18th century. One of the episodes takes us to this historic location where we are shown the only existing, singular, and free-standing condo in the Quarter.

Covington, the parish seat of St. Tammany Parish in Louisiana is another hotspot for luxurious properties in NOLA. And the show makes it a point to visit this place as well. Brittany posted a picture of one of the estates featured in Selling the Big Easy.

New Orleans is a real-estate paradise and a hotspot for property investors. It has a melange of various architectural styles — from Baroque to Modern buildings. And each mansion has a story to tell. Since this city draws influences from French, Spanish and Caribbean cultures, the same is apparent in the cityscape as well. And Selling the Big Easy does a marvelous job in throwing the limelight on this culturally vibrant community.

Read More: Where is Who Wants To Be A Millionaire Filmed?