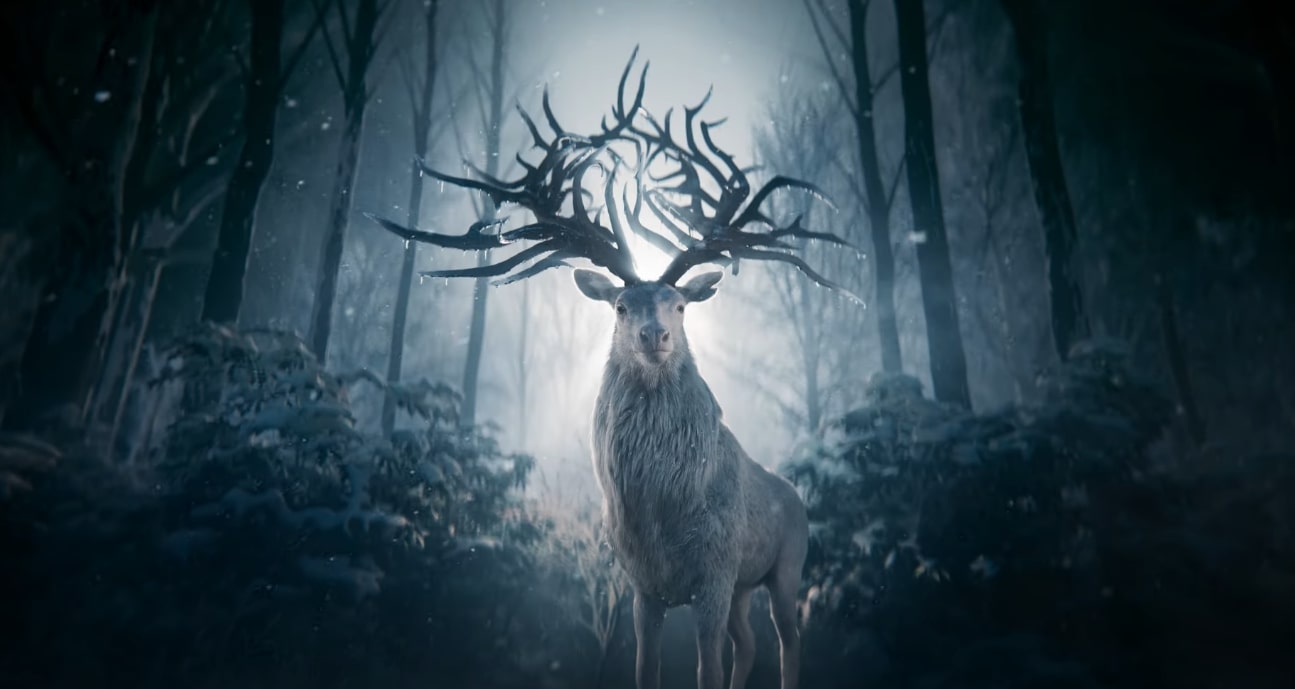 Unlike most fantasy TV or web shows that have come out before it, Netflix’s ‘Shadow and Bone’ is made for the modern and cosmopolitan audience. It depicts a culturally and racially diverse world, populated by main characters representing a variety of socio-economic backgrounds. ‘Shadow and Bone’ combines the ‘Grisha’ trilogy and ‘Six of Crows’ duology by Israeli-American author Leigh Bardugo, creating a story that is both unique and faithful to the source material. Like ‘Game of Thrones,’ the show has been named after the first book of the Grishaverse and Bardugo’s debut novel. If you are curious about the geography, culture, politics, and real-life inspirations behind various countries and people in ‘Shadow and Bone,’ we have got you covered.

The Kingdom of Ravka

Most of the inaugural season of ‘Shadow and Bone’ takes place in Ravka, a kingdom inspired by 19th century tsarist Russia. The capital is Os Alta, from where the Ravkan royal family rules over the country. At the start of the Netflix show, the Ravkan King is Pyotr (David Verrey). The country is located between two other kingdoms, Fjerda in the north and Shu Han in the south. Ravka has been involved in wars with both nations for several generations.

Following the appearance of the Fold a few hundred years earlier, Ravka was split in two. Since then, the country, especially the eastern part, has suffered greatly, as Os Alta has maintained strenuous control over the port cities on the True Sea, all of which are located on the other side of the Fold. Some of the other important Ravkan cities are Kribirsk and Novokribirsk, located on two sides of the Fold, Os Kervo, one of the most important ports in West Ravka, and Ryevost, a thriving town situated by a river.

The Ravkan military has two subsections, the First Army, comprising ordinary soldiers, and the Second Army, made up of the Grisha and led by General Kirigan (Ben Barnes). Until a few hundred years ago, the Ravkans viewed the Grisha with the same suspicion and distrust as their neighbors. That has changed since Kirigan has shown the country how effective the Grisha can be in war. 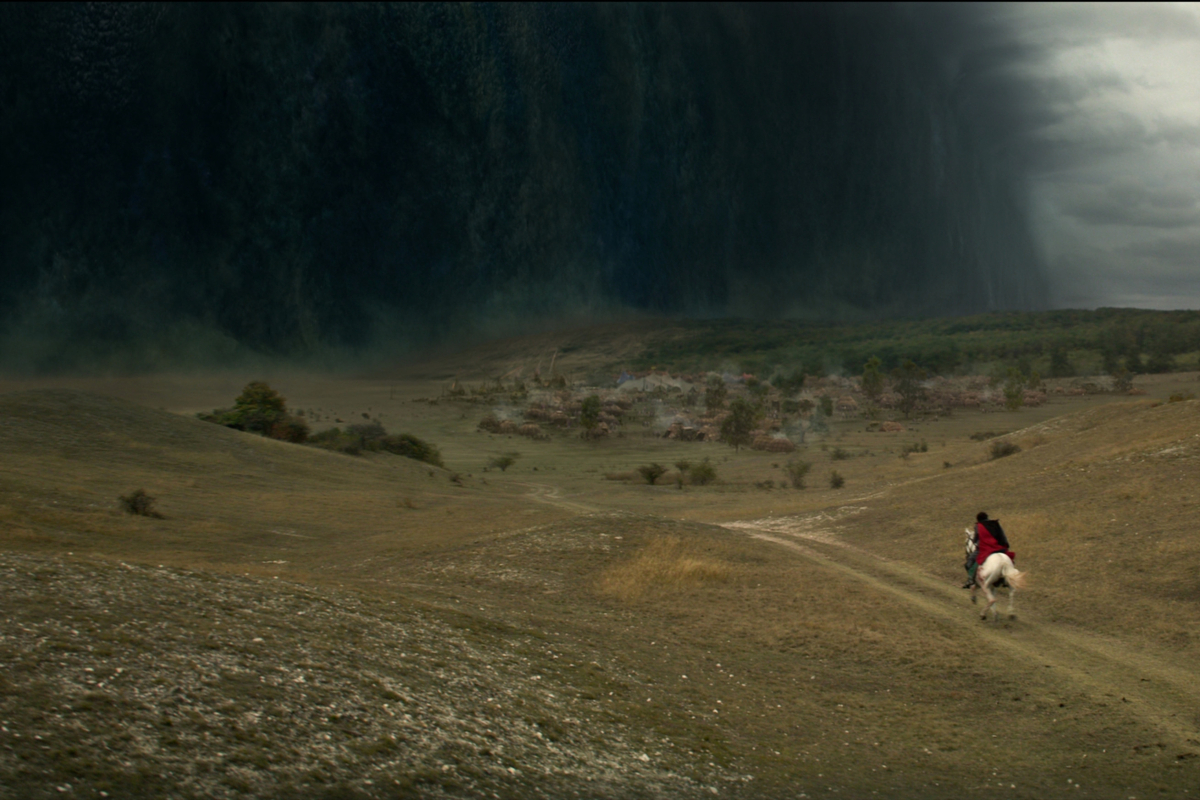 The majority of the Ravkan population has a pale complexion and light eyes. A considerable number of traditionally nomadic Suli people also call Ravka home. In the regions towards the border that Ravka shares with Shu Han, Ravkan citizens with Shu and mixed features can be found. For instance, the protagonist, Alina Starkov (Jessie Mei Li), is half Shu due to her mother and has endured prejudice from other Ravkan citizens because of it. The Ravkan religion has several traits in common with the Russian Orthodox Church.

Inspired by Scandinavia, Fjerda is a mountainous country located in the north of Ravka. Its capital is Djerholm, which is a port city. The primary seat of power in Fjerda is the Ice Court, which is used both in militaristic and administrative capacities. It is divided into three sections: the prison, the Drüskelle, and the embassy. The country’s population is made up of numerous ethnic groups, including the Hedjut people, who live in northern Fjerda around the Stelge River.

On the country’s shorelines, a sea-dwelling humanoid race known as the Sildroher can be found. Some of the other prominent Fjerdan locations are Gäfvalle, Avfalle, and Engelsberg.Fjerda is a scientifically advanced country. According to Bohdan, Fjerda’s technological prowess is progressively making its soldiers equal to the Ravkan Grisha. Fjerda has steam engines, machine guns, and even mechanized aircrafts. Despite all these scientific advancements, the Fjerdans have a very puritanical view of the Grisha.

The Drüskelle are often sent into the Ravkan territories to capture members of the Grisha and bring them to the Ice Court, where they face sham trials before being burned to death. In the show, Matthias Helvar (Calahan Skogman) is a Fjerdan. On Fjerda’s border with Ravka, there is a region where the soil remains under ice throughout the year.

The Kingdom of Shu Han

In the south of Ravka lies Shu Han. Its capital is Ahmrat Jen, located at the center of the country. The Sikurzoi mountain range separates Shu Hun from Ravka. Its southern regions have lush forests, plains, and plateaus. The island nation of Kerch is located on the west of Shu Han. Its indigenous Shu people have black hair and golden eyes.

Bardugo drew inspiration from Mongolia and China while creating the nation for her work. Shu Han has a matriarchal monarchy, with the current ruling house being the Taban family. The country seems to have its own Grisha-hunting unit, the Khergud. The Shu people are also scientifically advanced and are known for performing abhorrent experiments on the captured Grisha.

The Island Nation of Kerch

Kerch is a plutocracy, governed by merchants. Its capital is Ketterdam. Apparently, the inspiration for Kerch was the Dutch Republic of the 1700s, along with New York (New Amsterdam), Las Vegas, and Victorian London. Arguably the most important hub of commerce in the world, Kerch is a truly cosmopolitan country.

Kaz Brekker (Freddy Carter) and his crew reside in Kerch. For the people of the island, the most important thing is trade. While the Ravkan religion has found quite a few devotees in Kerch, including Inej (Amita Suman), the population mainly worship a deity associated with industry and commerce, Ghezen.

As mentioned above, the Suli are traditionally nomadic people, many of whom live in Ravka. Bardugo likely drew inspiration from the Romani people and their connection to the Indian subcontinent while creating the Suli, who have a brown complexion, dark and brown eyes, and dark hair. As is often the case with nomadic tribes, many of the Suli people are fortune tellers and carnival performers. Some even work in the Second Army under Kirigan. In the show, both Inej and Zoya (Sujaya Dasgupta) are Suli.

Novyi Zem is a nation separated from Ravka by the True Sea. Flanked by Kerchan Southern Colonies in the south and the Wandering Isle in the north, the country is the home of the Zemini people, who have a dark complexion, dark and brown eyes, and dark hair. Jesper (Kit Young) is half-Zemini. Bardugo was likely influenced by the American colonies and Australia (and some other locations) while creating Novyi Zem.

Located in the True Sea, the Wandering Isle is inhabited by the Kaelish people. They have a pale complexion and red hair. Pekka Rollins is Kaelish. Apparently, the author modeled the Wandering Isle after Ireland. According to the Kaelish, the Grisha blood has healing properties, so the residents of Wandering Isle sometimes consume it. The nation is a military dictatorship, with its highest-ranking general leading the government.

Read More: What Is Small Science in Shadow and Bone? What Is Merzost?