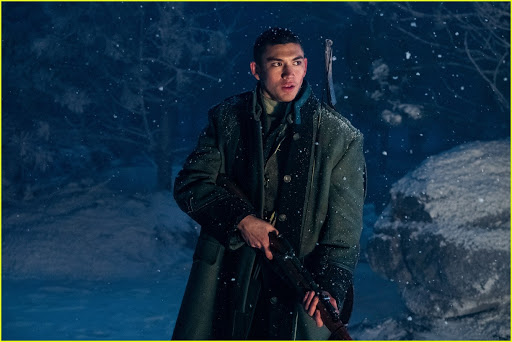 Created by Eric Heisserer (‘Arrival’) for Netflix, ‘Shadow and Bone’ is a gunpowder fantasy adventure series. The story is predominantly set in the Kingdom of Ravka, where several hundred years earlier, a long strip of pure darkness called the Fold appeared, splitting the country in two. Since then, the Ravkan people have suffered greatly. Alina, the protagonist, has grown up enduring prejudice and hate because of her mixed parentage.

Her life changes when she is revealed to be the Sun Summoner, an extremely rare and powerful Grisha who can potentially destroy the Fold. In episode 4, titled ‘Otkazat’sya,’ Alina (Jessie Mei Li) finally gains some control over her power, Kaz (Freddy Carter) organizes a successful heist, and Mal (Archie Renaux) and his friends hunt for a mythical stag. Here is everything you need to know about the episode’s ending. SPOILERS AHEAD.

The episode begins with Mal writing to Alina about his unit’s new mission in Chernast, where the Fjerdans have been attacking in the nighttime. He learns that General Kirigan (Ben Barnes) has issued an open assignment to find Morozova’s Stag. Mal recognizes that Alina made the drawing sent to their unit. He volunteers, and his friends Mikhael (Angus Castle-Doughty) and Dubrov (Andy Burse) join him in the search.

While tracking a deer herd, the three of them enter into the Fjerdan territory. They get ambushed by Fjerdan soldiers who open fire on them with a machine gun. Mikhael and Dubrov are killed, but Mal manages to kill the remaining enemy soldiers. As the episode ends, the Morozova Stag appears before him. At the Little Palace, Alina continues her training, but her progress is considerably slow. Baghra (Zoë Wanamaker) proves to be a harsh teacher as she tries to bring out the summoning power within Alina. 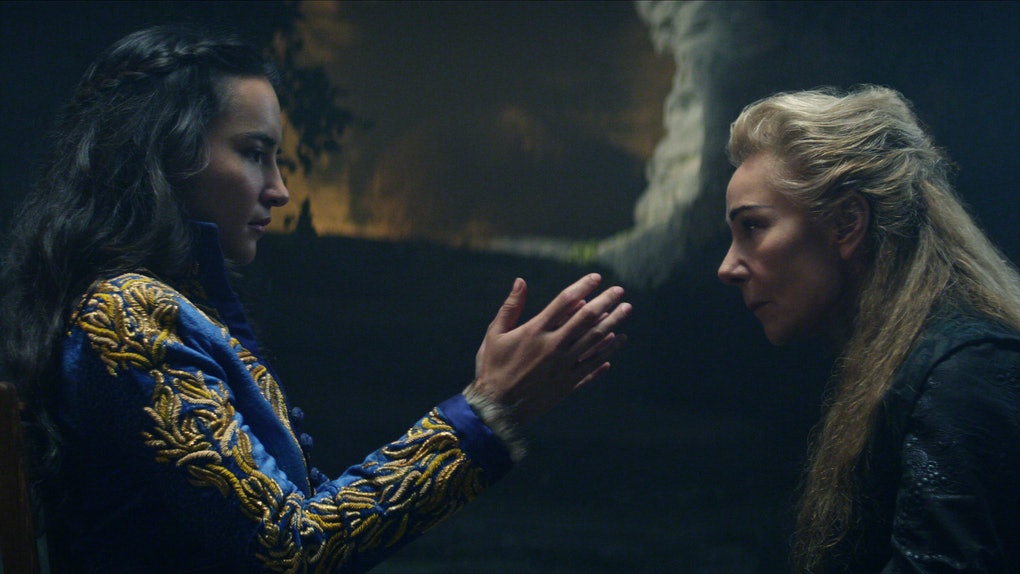 General Kirigan (Ben Barnes) tells Alina that the Black Heretic was his ancestor, and he has carried that stigma all his life, both as the Grisha and the Black Heretic’s descendant. Mal and Alina try to communicate through letters, but neither’s letters seem to be reaching the other. Alina comes to believe that she needs to embrace who she is for her power to work.

Kaz (Freddy Carter), Inej (Amita Suman), and Jesper (Kit Young) break into the Kribrisk Archives to steal the Little Palace blueprints but discover that the fortified mansion is truly impenetrable. This is when the Conductor or Arken (Howard Charles) reveals that he has made a contingency plan. He introduces Kaz and the others to Marko, the leader of the Pomdrakon Players.

The troupe is slated to perform at the upcoming winter fete. Inej and Jesper impress Marko and his crew with their acrobatics and shooting skills, respectively. Nina (Danielle Galligan) develops an antagonistic relationship with one of her captors, Matthias (Calahan Skogman). The latter is ordered to kill the Grisha during a massive sea storm that threatens to destroy the ship. For the first time in his life, Matthias starts to question the morality and laws of Fjerda.

Shadow and Bone Season 1 Episode 4 Ending: What is Morozova’s Stag? Why Is General Kirigan Looking for It? 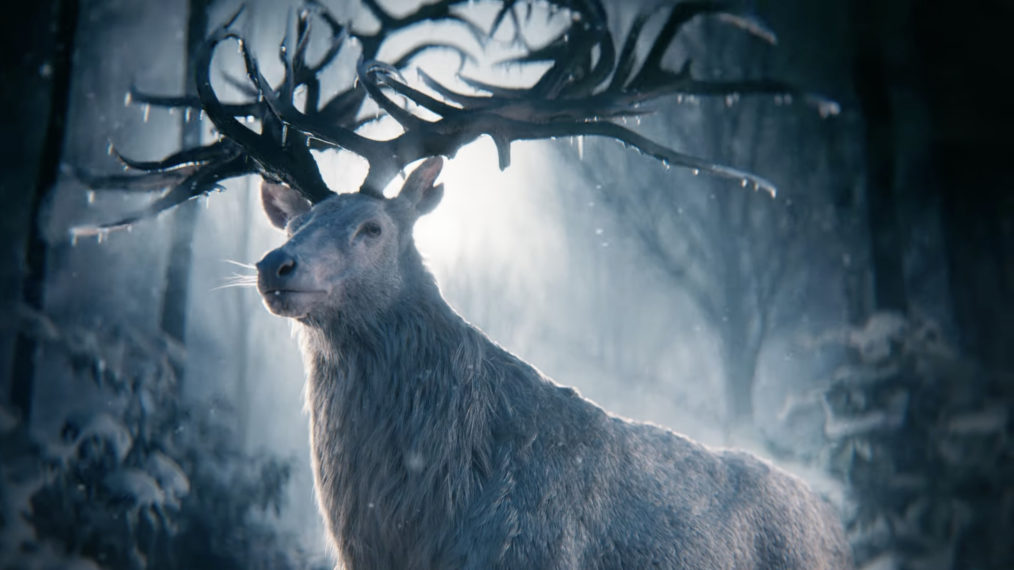 Morozova was the Grisha known as the Bonesmith. He is first mentioned in episode 3 when the Apparat tells Alina about the lore of the stag. Knowing that the Grisha will always be persecuted, Morozova created these animals out of his own bones, infusing them with Grisha abilities. To access the power, a Grisha must kill the animal and then meld a part of it into their body. Kirigan most likely knows about Alina’s recurring dreams and must have figured out that there is a deeper connection between her and the stag. He likely thinks that Alina has to make a piece of the stag a part of her body to enhance her powers before attempting to destroy the Fold significantly.

What is a Shadow Summoner?

A Shadow Summoner is the complete opposite of the Sun Summoner. As the name of the group suggests, they are the Etherealki that can manipulate darkness. Kirigan, also known as the Darkling, is a Shadow Summoner, so was his apparent ancestor. The Black Heretic was an ambitious man and wanted to replicate the science of Morozova’s creations when the kingdom turned against him and the Grisha. However, he failed and ended up creating the Fold that killed him and countless others.

What Really Happened at the Orphanage on the Test Day?

The first few episodes lead us to believe that Alina never took the test. But we learn in episode 4 that she did take the test, but right before she spoke to the Grisha representatives, she injured her hand, making the test pointless. The Grisha never realized, so her power remained hidden until the fateful journey through the Fold. Alina did this because she desperately didn’t want to be separated from Mal. As Mal couldn’t take the test because of his own injuries, he had no choice but to stay in the orphanage.

Alina knew that if it were proven that she had Grisha abilities, she would have to go to the Little Palace, leaving Mal behind, which she was not prepared to do yet. For both of them, the injury mark in her hand represents what they mean to each other. Later, Mal acquires an identical mark. In episode 4, Alina asks Genya (Daisy Head) to erase her mark with her tailoring abilities, indicating that she is ready to embrace her life as a Grisha and, by extension, her destiny.