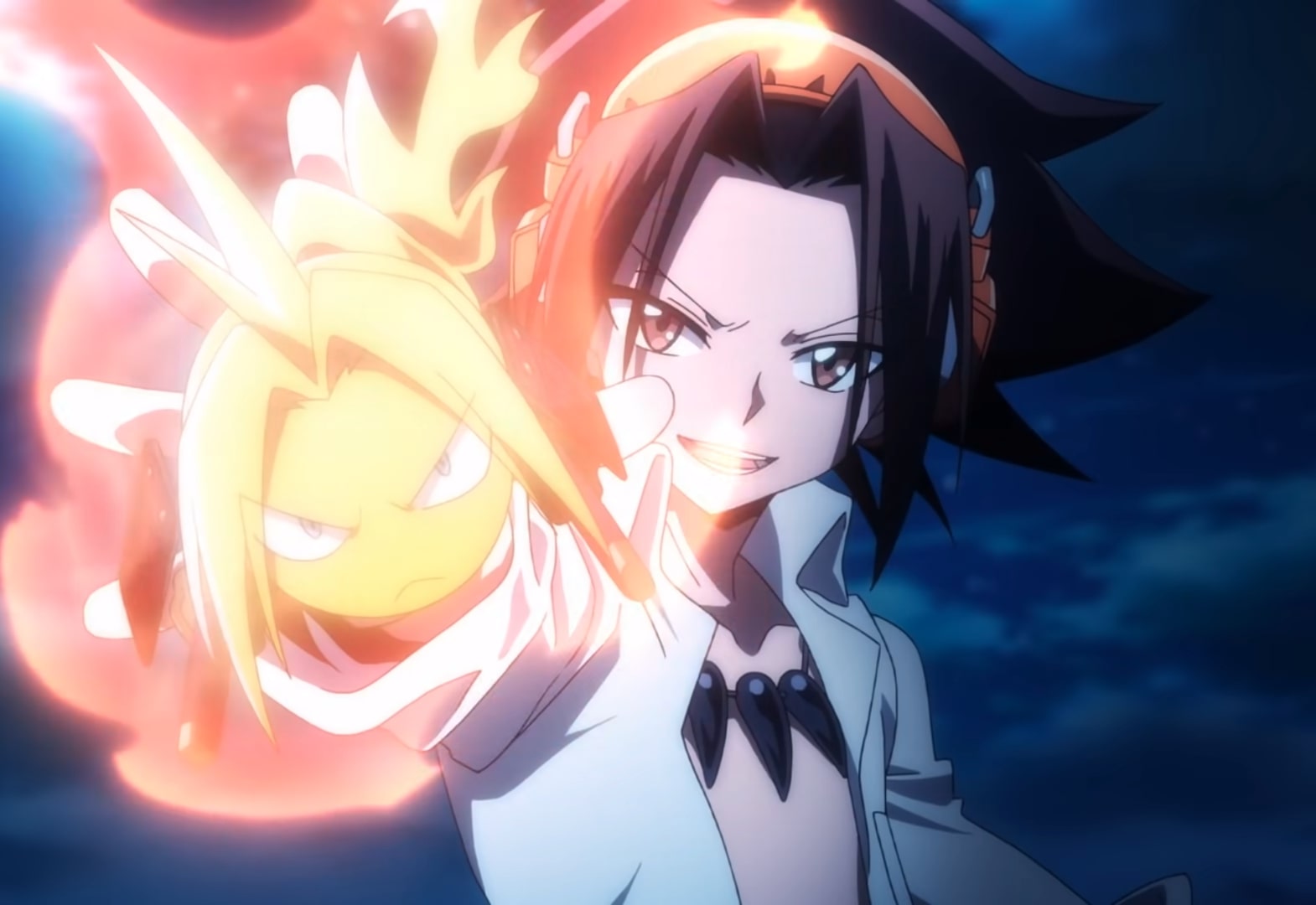 At their cores, Shounen anime shows are about inspiring young adults with messages of friendship, personal growth, courage, and hard work. ‘Shaman King,’ based on the manga series written and illustrated by Hiroyuki Takei, perfectly represents each of these themes in its exquisitely crafted urban fantasy world. The story follows carefree and laidback Yoh Asakura, who decides to compete in a grand tournament to become the Shaman King, a powerful medium who has the ability to control the Great Spirit. Helping him in his journey are his fiancée, Anna; his guardian ghost Amidamaru; his friends Manta, Ryu, and others. Here is everything you need to know about the ending of ‘Shaman King’ season 1. SPOILERS AHEAD.

One Night in Tokyo, while taking a shortcut through a graveyard, bookish Manta meets Yoh and has his first-ever paranormal experience as ghosts start manifesting around them. The following day, he discovers that Yoh is the new student in his class. Charismatic, considerate, and kind, Yoh offers Manta his friendship. He knows that the other boy can see ghosts and ardently believes that people with that ability can’t be evil. Yoh befriends Amidamaru, a legendary samurai who passed away 600 years earlier. Amidamaru becomes Yoh’s guardian ghost or spirit partner, and together, they punish local delinquent Ryu and his gang for beating up Manta and breaking Amidamaru’s tombstone.

Since he was a child, Yoh has garnered much criticism for his laidback attitude, but it’s who he is, and he has no desire to change that part of himself. He even wants to become Shaman King to have a happy and carefree life with the Great Spirit’s help. However, with Anna’s arrival, Yoh has to temporarily forego that laidback life as she puts him through rigorous and brutal training to prepare him for the Shaman Fight. As the season progresses, Yoh learns the use of Over Soul, the ultimate technique of mana control in ‘Shaman King.’ 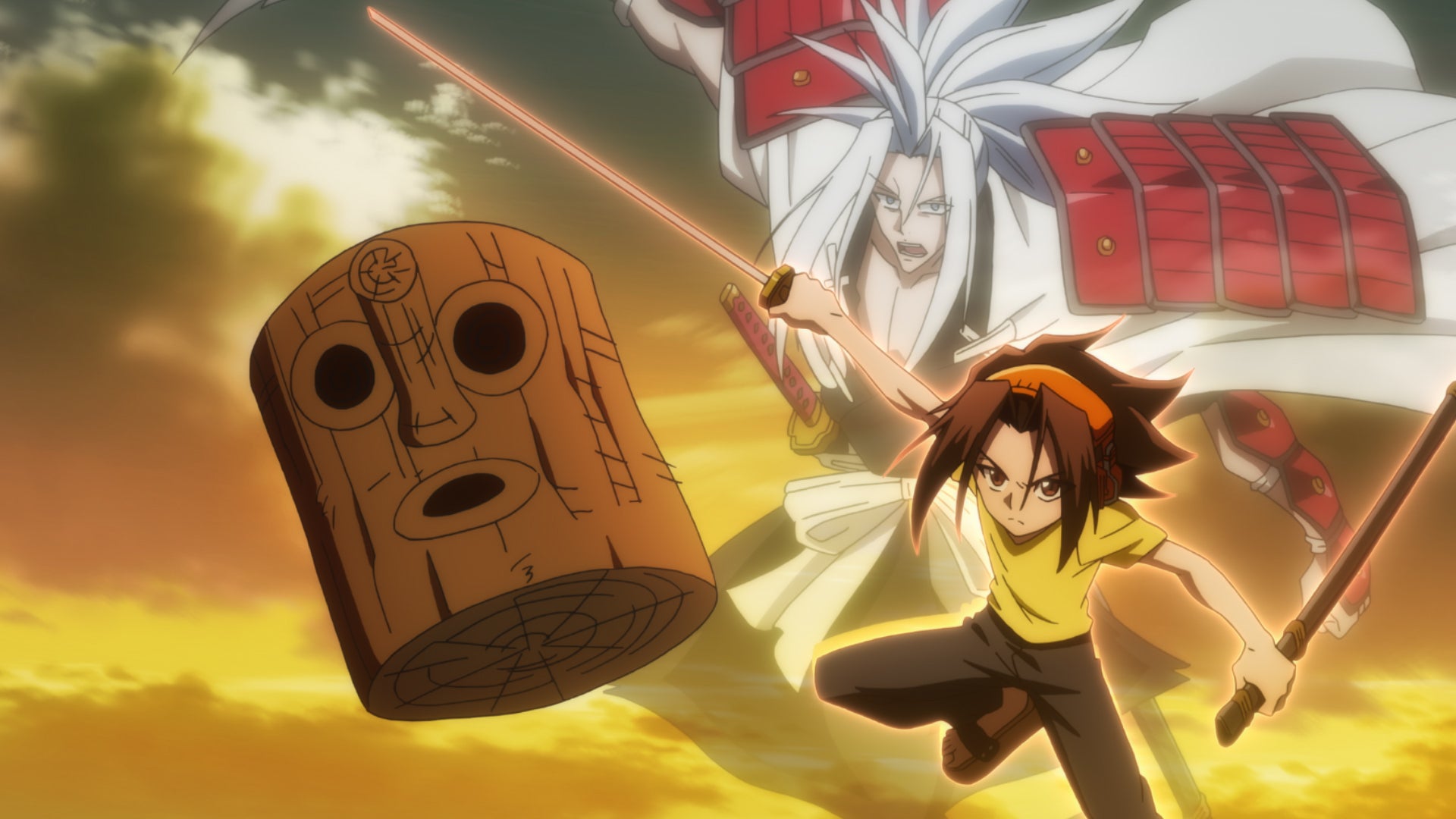 The first time he meets Tao Ren is when the latter unsuccessfully challenges him for Amidamaru. They later become each other’s respected rivals and valued friends. Yoh then meets Silva of the Patch Tribe. The patch is a Native American tribe, the members of which serve as overseers of the Shaman Fight. Yoh passes Silva’s test to become a contestant in the tournament.

In the first round, Yoh has to win two of his three matches. He wins against Usui Horokeu or Horohoro of the Ainu Tribe; loses against Johann Faust VIII, the necromancer; and draws his match with Ren. Ultimately, the Great Spirit lets both him and Ren progress to the next round. In the season finale, Yoh and Anna spend a night together before he heads to America, where the competition will be held. Tokyo was only a gathering place. While waiting at a military base before their journey, Yoh, Horohoro, Ren, and Ryu encounter Hao and his team. Hao demonstrates his immense shamanic abilities with the control he has over his guardian ghost, the Spirit of Fire itself, which is one of the five grand elemental spirits.

Shaman King Season 1 Ending: Who Is Hao? Why Is He Interested in Yoh?

The series begins 13 years before the current events. Yoh’s grandfather, Youmei Asakura, declares that someone is coming. In the comics, that entity is revealed to be the spirit of Hao Asakura, an ancestor of Yoh who was a powerful Shaman. He served as the divinator for the emperor himself. After learning about the Shaman Fight, he became interested in it. However, he apparently lost his sanity and wanted to use the Great Spirit to exterminate all ordinary humans so that shamans like him would only inhabit the world. Other members of Asakura put a stop to his schemes by killing him. However, by then, Hao had mastered a ritual called Taizan Fukun, which allowed him to reincarnate. 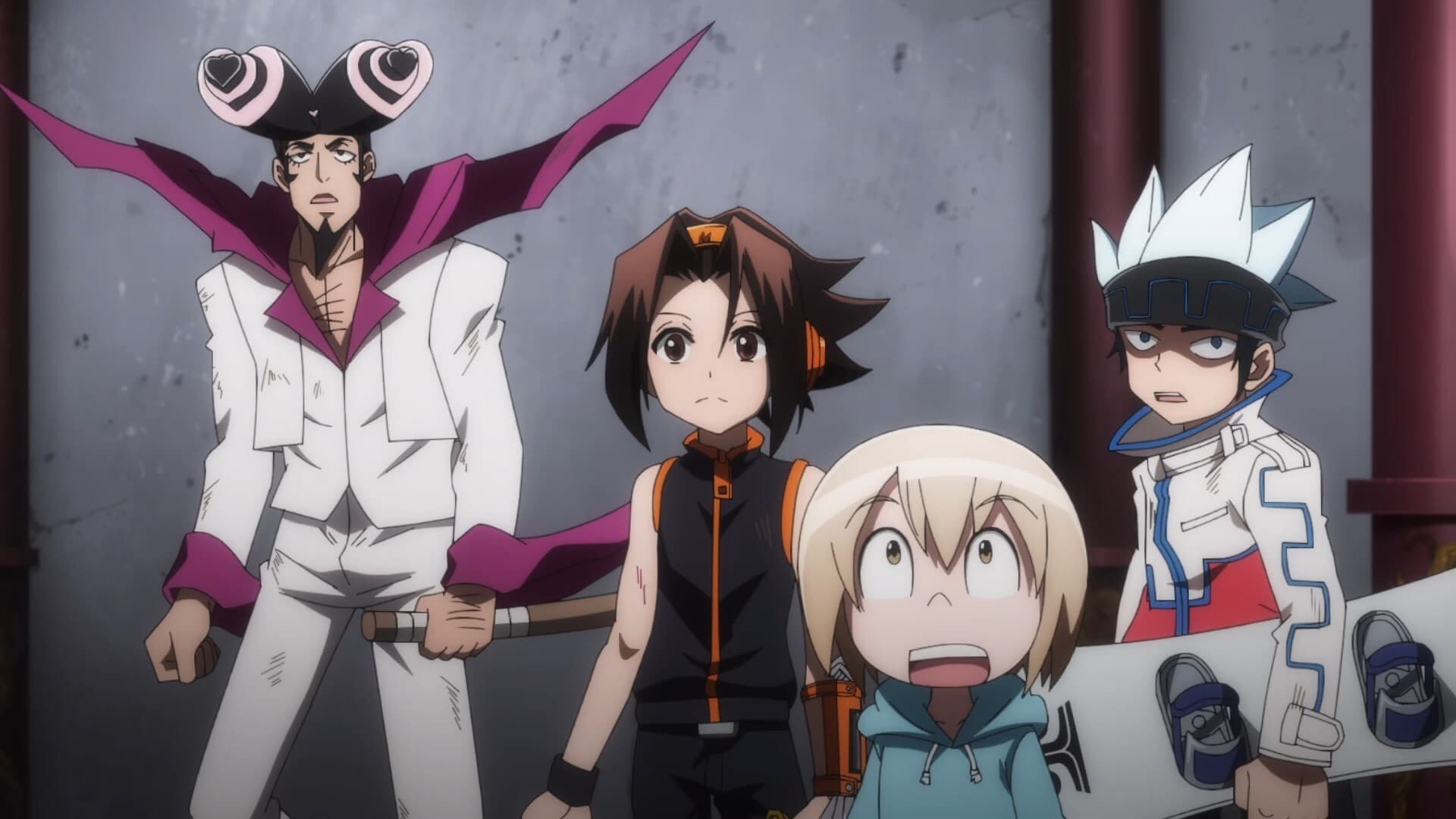 Hao reincarnated about 500 years before the current events as a member of the Patch Tribe and later established his control over the Spirit of Fire. The pilot episode depicts Hao’s reincarnation into his original line as one of the twin sons of Keiko and Mikihisa Asakura. Youmei tries to kill the child at the moment of his birth, but Hao uses the Spirit of Fire to thwart all the attempts. At the time, Yoh is still in his mother’s womb. Before he leaves, Hao declares that the child’s body his soul possesses will want to become the Shaman King one day. That day, he will return to claim the other half and become even more powerful.

Here, he is referring to Yoh. After all, they are twins, and Yoh likely has been born with the same natural abilities as his brother. What sets them apart is Hao’s awareness of who he truly is, which gives him access to the powers of all previous reincarnations dating back to the original Hao Asakura. But because Yoh possesses the same inherent abilities as his brother, he is the only person who can potentially stop Hao. This is why Hao actively seeks Yoh out.

Is Lilirara Dead? What Is the Significance of the Post-Credits Scene?

Yes, Lilirara is dead. After Yoh and his friends’ departure, Hao appears before her and kills her. Yoh and the others meet Lilirara outside the library they visit to find information about the location of the Patch Tribe. The only thing they learn is that another tribe, the Seminoa, has mentioned the word “Patch” in their “Song of Destruction,” which describes Patch as a demon. 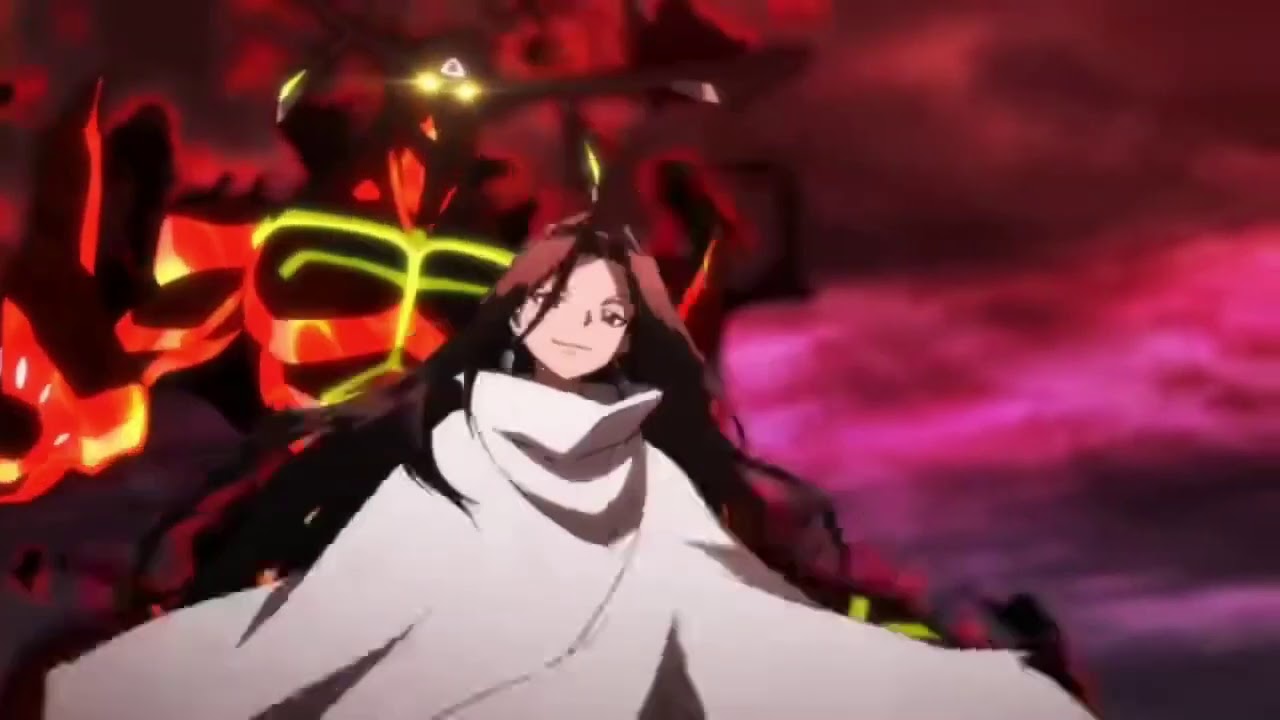 It is revealed that Lilirara is a Seminoa who has been sending contestants back to their homes. She claims that the Shaman King tournament is part of a grand conspiracy by the Patch and shows them the deaths of four Seminoa warriors at the hands of Hao Patch 500 years earlier. According to Lilirara, the Patch’s true intention was to destroy humankind so that only the shamans would remain.

Even when she learns that the Patch she is speaking about is actually Hao, who has already reincarnated and joined the Shaman Fight, she refuses to let Yoh and his friends proceed, claiming that it is her life’s purpose. Only when Horohoro declares his dream of creating a field of fuki plants after becoming the Shaman King does she realize that the boys are not pursuing power for power’s sake. She gives them the information they need, and they depart.

In the post-credits scene, as Lilirara plans to tell every contestant about Hao, the latter appears and destroys Lilirara’s four warrior Over Souls. He claims himself to be the future Shaman King and reveals to her that the only reason he was born into the Patch Tribe 500 years ago was to gain the Spirit of Fire. It was only him that was evil, not the entire Patch Tribe. He then proceeds to destroy Lilirara’s body and soul with the Spirit of Fire.