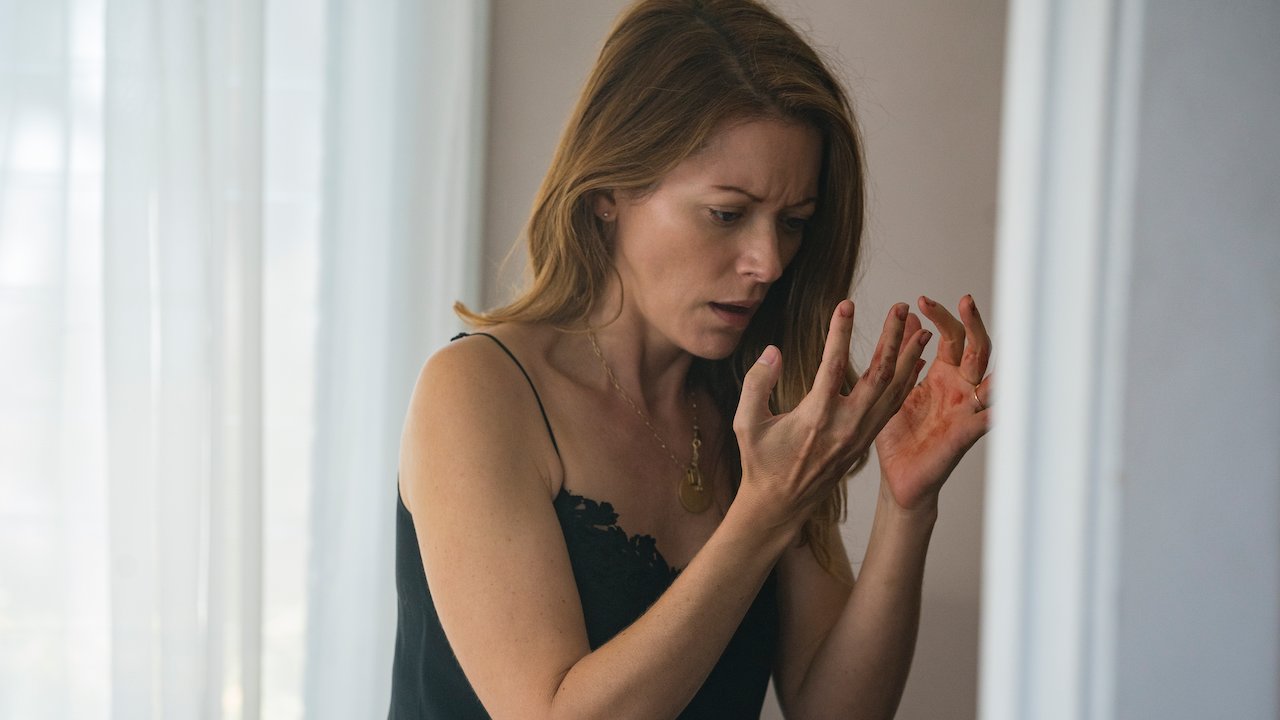 Thrillers have always been one of the favorite genres for film fans. If we look at the history of films, we can see that some of the greatest movies of all time have been thrillers. Writer-director Chris Sivertson’s project ‘Shattered Memories’ is also a thriller that has been produced by Cut 4 Productions and MarVista Entertainment.

The story of ‘Shattered Memories’ begins with a woman waking up on a bed where she finds her former lover right beside her, having been killed by a butcher knife. The woman in question, Holly, has no idea regarding how she has landed here in the first place.

As Holly panics and tries to find her way out of this mess, the film shifts back and forth in time to reveal to us the way Holly has managed to find herself in this mess. We realize that there was a party the night before, and it is from there that the entire situation has escalated. To add more excitement to the story, we are made aware of the fact that Holly has a husband and a son who are presently out on a camping trip.

The leading character of the film, Holly, is played with great panache by Elizabeth Bogush. A veteran in the television industry, Bogush has been a part of TV shows like ‘How I Met Your Mother’, ‘The Big Bang Theory’, ‘The Mentalist’, ‘NCIS: Los Angeles’, ‘The Young and the Restless’, and so on. She is easily the best part of this film. Her screen presence, performance, and the intensity with which she brings to the table are really appreciable.

The former lover whom we find dead in the first scene itself, Ray, is portrayed by Brad Schmidt. The TV shows ‘Here And Now’, ‘Versus’, and ‘Combat’ report are the projects on which Schmidt has worked extensively. Philip Boyd has played the character of Glenn, Holly’s husband, in this film. His earlier work includes performances in the show ‘The Haves And The Have Nots’, the TV movie ‘Anniversary Nightmare’, and others. Besides these three actors, other important parts in the film have been played by Eddie Kaye Thomas, Sarah Lind, Victoria Barabas, Mark Famiglietti, and others.

For a small-budget TV movie like ‘Shattered Memories’, the location of shoot is extremely important. Such films are made on tight budgets and the producers simply cannot afford moving the entire cast and crew from one country to another, something we are quite used to seeing in the big-budget productions. These films are thus generally shot indoors or in places like certain parts of Canada where authorities offer film production units certain tax benefits.

Unfortunately, filming locations for ‘Shattered Memories’ have not been revealed by the producers of the film. The only concrete information available is the fact that casting calls were made for local actors in Philadelphia. This suggests that most parts of the film must have been shot in Philly itself.

‘Shattered Memories’ is a film with some solid performances and an engaging plot. Such films show us the potential of up-and-coming artists who might turn out to be huge stars tomorrow. Film fans should make it a point to check out their work.