She Season 2 Ending, Explained: Why Does Bhumi Kill Nayak? 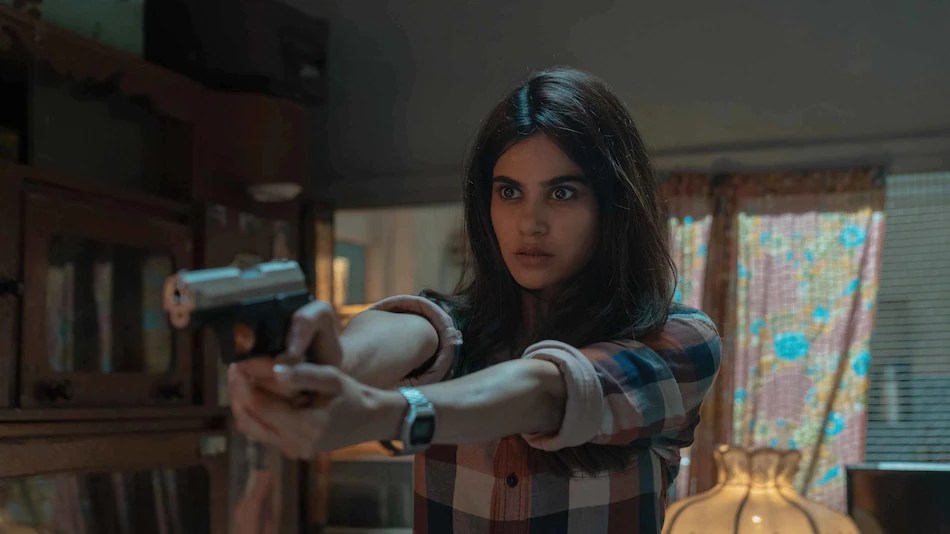 ‘She’ comes back with an explosive season 2 that finds the intrepid Bhumika Pardeshi (Bhumi) continuing to walk the razor’s edge. Completely entangled with the sinister drug lord Nayak, the police constable turned undercover agent struggles to choose a side. Threats from unlikely dark corners and the despicable husband continue to tug at Bhumi as well, but she might just have the grit to come out stronger than before. One thing’s for sure — things are never going back to the way they were. A lot goes down in ‘She’ season 2, so let’s dive in and take a closer look. SPOILERS AHEAD.

Season 2 opens with a glimpse into Nayak’s bloody childhood, where we see him turn into a murderous criminal mastermind at a young age. Back in the present, ACP Jason Fernandez gets a rude shock when Bhumi’s mission is taken from his purview and put under another intelligence team. The intrepid undercover agent continues her torrid romance with her target, Nayak, but also faces a threat from a eunuch named Durga. After abducting Bhumi, Durga reveals plans to kill Nayak but is shot in a scuffle. Shaken at committing her first kill, Bhumi begins to wonder who she is becoming. 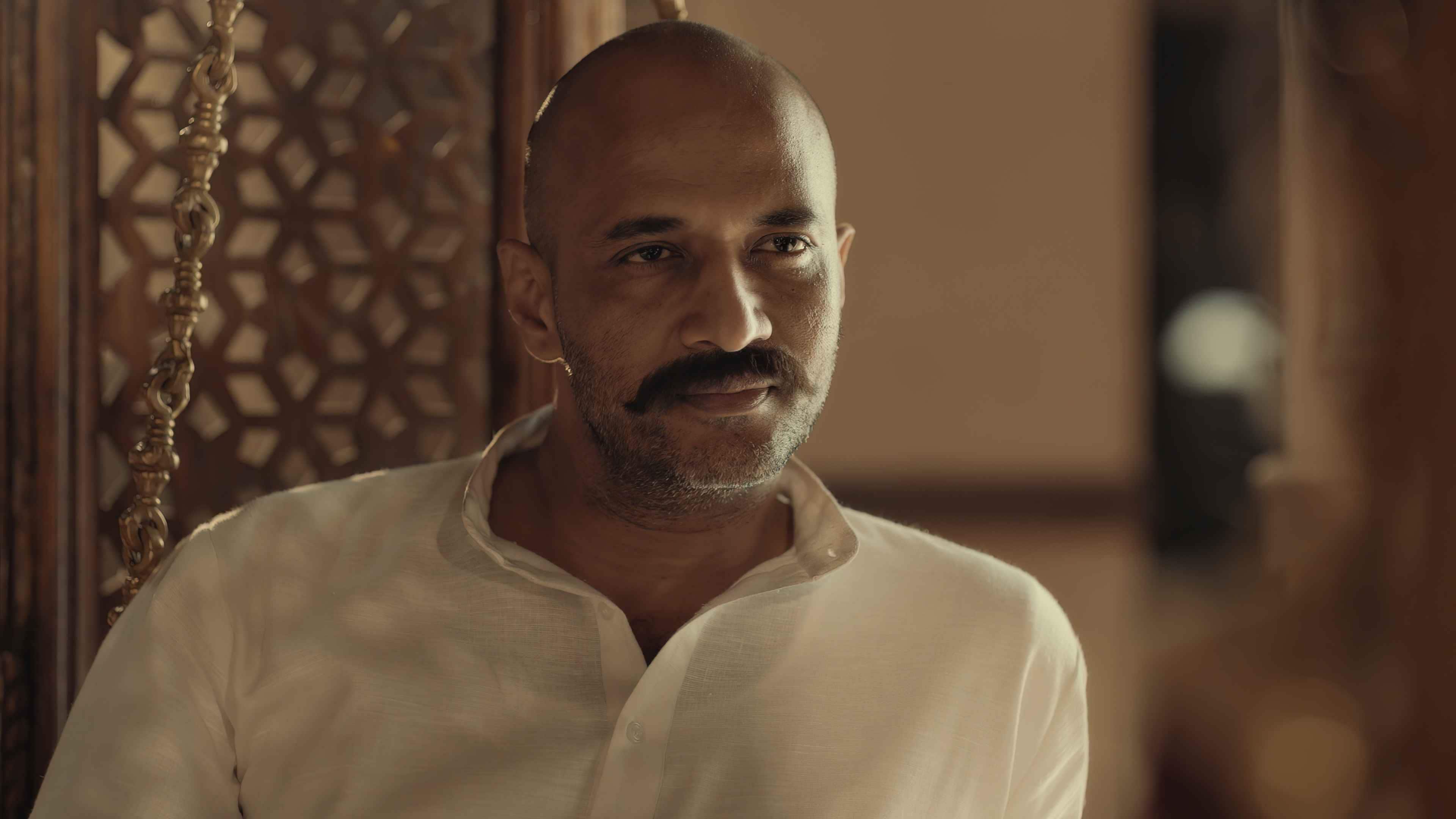 Nayak continues to try and mold Bhumi into a cold-blooded killer by tasking her with carrying out kills. When she fails, he gives her the stunning task of killing her own sister. He also tells her to set up a drug distribution network for his product, and Bhumi enthusiastically takes on the challenge. She employs the women she knows from her time as an undercover prostitute and soon forms a fledgling drug distribution empire for Nayak.

Despite Jason’s suspicions of Bhumi’s loyalty, she continues to give the police tidbits of information. However, she stops just short of leading them to Nayak. At one point, she misleads the police by misidentifying a dead body, claiming it to be the criminal mastermind. In another instance, she tells Jason and her superiors that there are many men named Nayak in the drug syndicate, and any of them could be the “real Nayak.”

She Season 2 Ending: Does Nayak Die?

The season finale, episode 7, opens five years on, where Jason, now expelled from the police force for insubordination, visits Bhumi, who rules over a small drug empire. They talk about the fateful night when the police, having finally deciphered Nayak’s operations, mount an all-out raid of his hideouts. In an extended flashback, we see Jason, still enlisted, planning the mission. Bhumi’s whereabouts during the raid are unknown, reigniting Jason’s lingering suspicions about her. 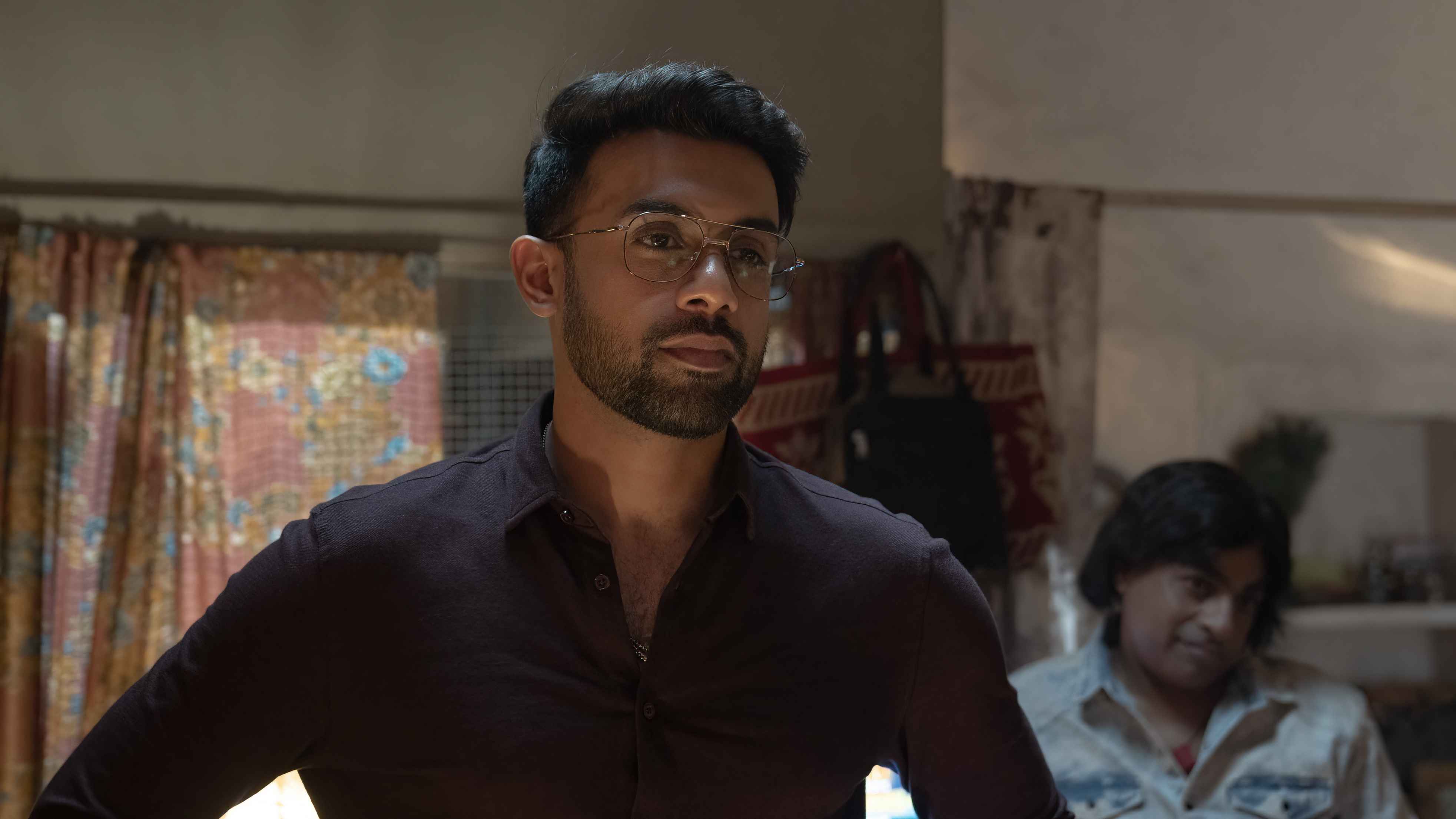 As his bases get raided, the blissfully unaware Nayak meets Bhumi at a secluded spot. She reveals that she has betrayed him and that his operations have been uncovered by the police. Realizing she’s right and seething with anger, Nayak thinks of killing her but then changes his mind. The two embrace, seemingly to make love for one last time, and Bhumi fires a concealed gun, shooting Nayak in the abdomen. Back in the present, a coolly intimidating Bhumi tells Jason not to try and contact her again, and the former police officer leaves Bhumi’s lair, walking past her female soldiers armed with machine guns.

In the end, it looks like Bhumi does kill her mentor and lover, Nayak. Her bullet turns out to be fatal, and the seemingly elusive criminal is killed. We get a brief glimpse of his body being disposed of at sea, proving that he is dead without a doubt. Unlike the time when a lookalike is killed, and the real Nayak survives, this time, Bhumi is the one that pulls the trigger, and it is the one and only Nayak who is killed.

Considering Nayak has been the faceless leader of a vast drug syndicate, it is fitting that he is killed even as the rest of his organization is taken down. This is also likely why Bhumi is able to find Nayak in a situation where he is not surrounded by his men (as is usually the case). In other circumstances, it would have been impossible for her to shoot him and get away with it. However, with the rest of his underlings occupied with the operation, Nayak is briefly alone, and Bhumi uses that instance to kill him.

Why Does Bhumi Kill Nayak?

Interestingly, it isn’t clear exactly when Bhumi decides to kill Nayak, and it is possible that she decides to do it in the spur of the moment. When she reveals to Nayak that his crime syndicate has been raided by the police, the crime lord almost kills her. Even though he stops himself, he reveals that he will eventually kill Bhumi once he has restored his criminal operation. Possibly realizing that her time with Nayak, including their fiery romance, is likely over, Bhumi understands that their future only holds death.

Thus, in the end, Bhumi kills Nayak out of self-preservation. Irrespective of whether it is a split-second decision or a planned killing, she realizes that one of them must die and kills her criminal lover. This shocking move by Bhumi is also foreshadowed through the side narrative of her sister, Rupa, who gets addicted to drugs even as Nayak talks to Bhumi about his plans for hooking new users onto his product. Rupa overdoses and ends up in the hospital, which likely gives the protagonist a slight motive to kill the man responsible for the spread of drugs.

However, it looks like Bhumi finally decides to kill Nayak when he tells her that she must murder her sister. Though she remains in shock after the criminal mastermind puts forward the idea, it looks like Bhumi begins to plan his demise soon after that. Throughout season 2, under Nayak’s mentorship, Bhumi struggles with her changing identity from a police officer to a cold-blooded criminal. However, when Nayak asks her to kill her own sister, Bhumi seems to finally see him for the monster he is and decides that she must put an end to Nayak.

What Happens to Nayak’s Crime Syndicate?

Over 70% of Nayak’s drug stocks are apprehended by the police, meaning that, combined with his death, his drug syndicate is essentially destroyed. As an added poetic touch, Nayak’s remaining drug stocks find their way to Bhumi. Though it is a fraction of the total, the shipment that falls into Bhumi’s lap is a colossal quantity of drugs and enough to run a minor drug empire. Thus, at the end of season 2, Nayak’s criminal empire crumbles while Bhumi seems to be on her way up. But does she embrace a life of crime?

Is Bhumi Still Working for the Police?

Despite the show centering on Bhumi’s transformation from a timid police constable to a force to be reckoned with, her final persona comes as a surprise. Finding herself in possession of a large quantity of drugs after Nayak’s death, it looks like Bhumi gives up her career with the police and turns to a life of crime. Interestingly, her sister (Rupa) getting addicted to drugs doesn’t dissuade our intrepid protagonist from continuing to grow her own fledgling drug empire.

From her conversation with Jason, it also becomes clear that despite multiple inquiries into her actions, no incriminating proof against Bhumi is uncovered. Thus, she seems to have left the police on her own accord in order to run her predominantly female drug ring. It is also fitting that after being overshadowed by men for most of her life, including in the police ranks, Bhumi is now surrounded by a small army of fierce women who look up to her.