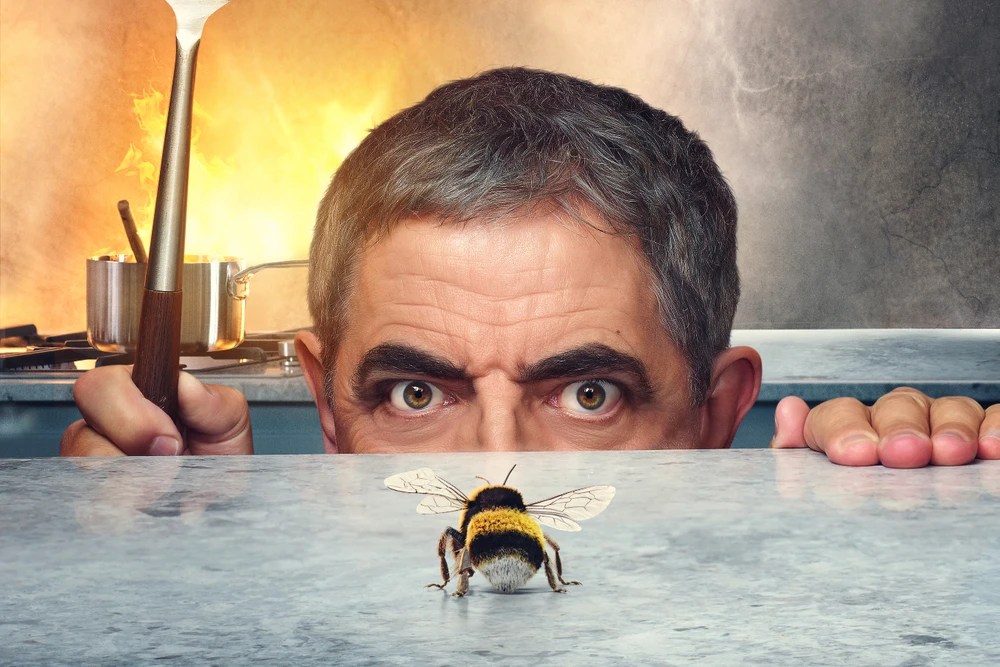 ‘Man vs. Bee’ follows the story of a simple man and father who finds himself housesitting an opulent mansion. The comedy series really picks up steam when the man in question is confronted by a seemingly regular bee. The hysterically comedic battle of wits between the titular duo that ensues gets increasingly outrageous, causing some series damage to the luxurious residence where the story is set.

The show sees funnyman Rowan Atkinson in top form, doing what he does best. The laughably simple premise is turned into an ongoing comedic narrative seeded with slapstick humor. If you can’t get enough of the gutwrenching laughs that shows like this provide, we’ve dug around and got some great recommendations for you! You can find most of these TV shows similar to ‘Man vs. Bee’ on Netflix, Hulu, or Amazon Prime. 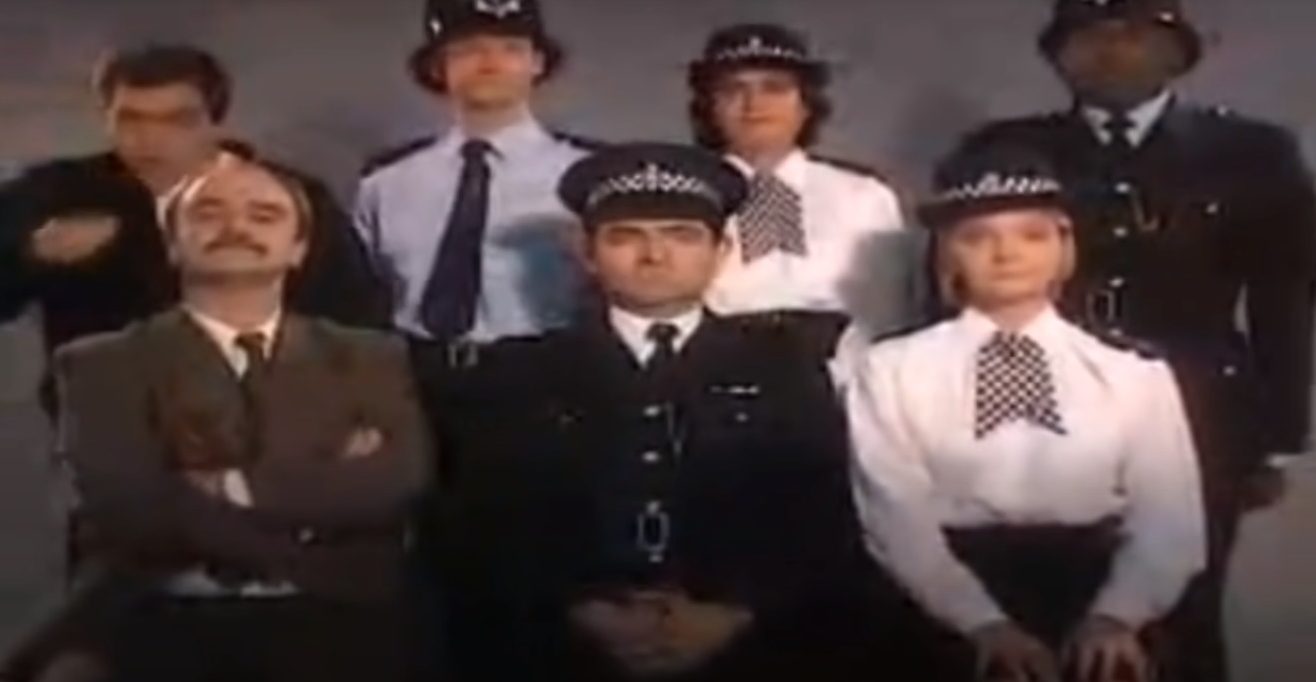 It goes without saying that Rowan Atkinson is going to appear a few times on this list (you’re welcome!), so let’s kick things off with this short-lived but worthy show. ‘The Thin Blue Line’ is set in a fictional British town and sees the chief of police (Atkinson) regularly lock horns with the head of the CID. After getting middling reviews initially, this show has since gained “classic” status and features some of the comedic actor’s best early work. Like ‘Man vs. Bee,’ this show also features a central duo that is constantly in contention with the other, leading to a seemingly unending supply of comedy. 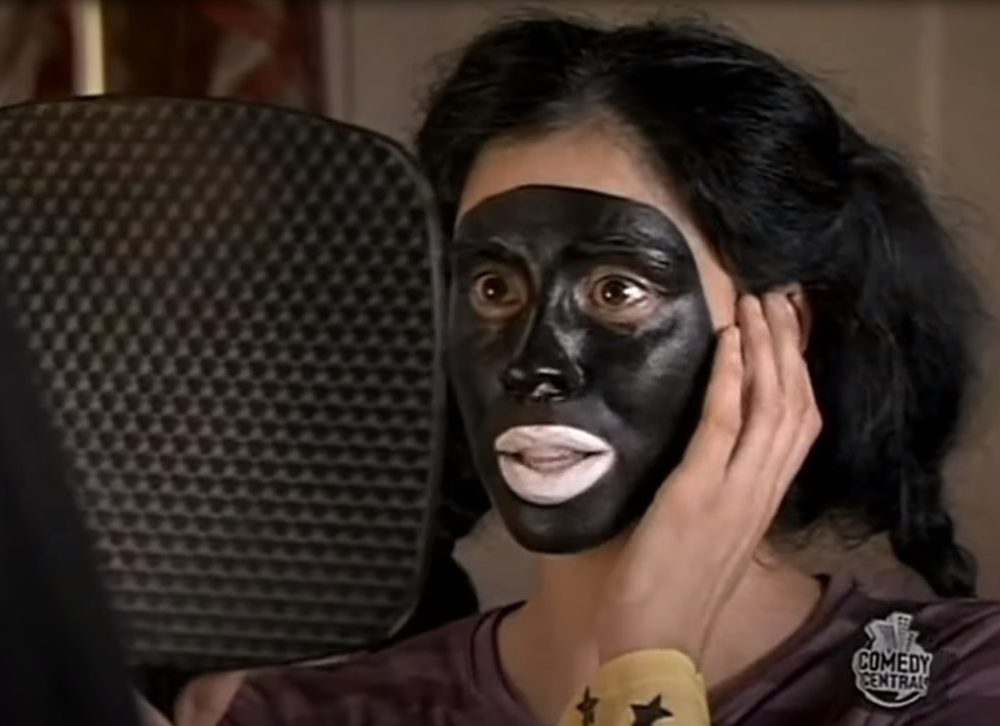 Another comedic genius with a well-deserved show indeed, funny woman Sarah Silverman plays a fictional version of herself in ‘The Sarah Silverman Program.’ Once again, the premise is simple, and the show follows Silverman in her absurd daily life, characterized by her uncaring self-absorption. Through various anecdotes, hilarious interactions, and cheeky songs, the central character jumps from one awkward situation to the next. Just like ‘Man vs. Bee,’ this show also centers on the comedic genius of a multi-talented actress who singlehandedly provides continuous laughs. 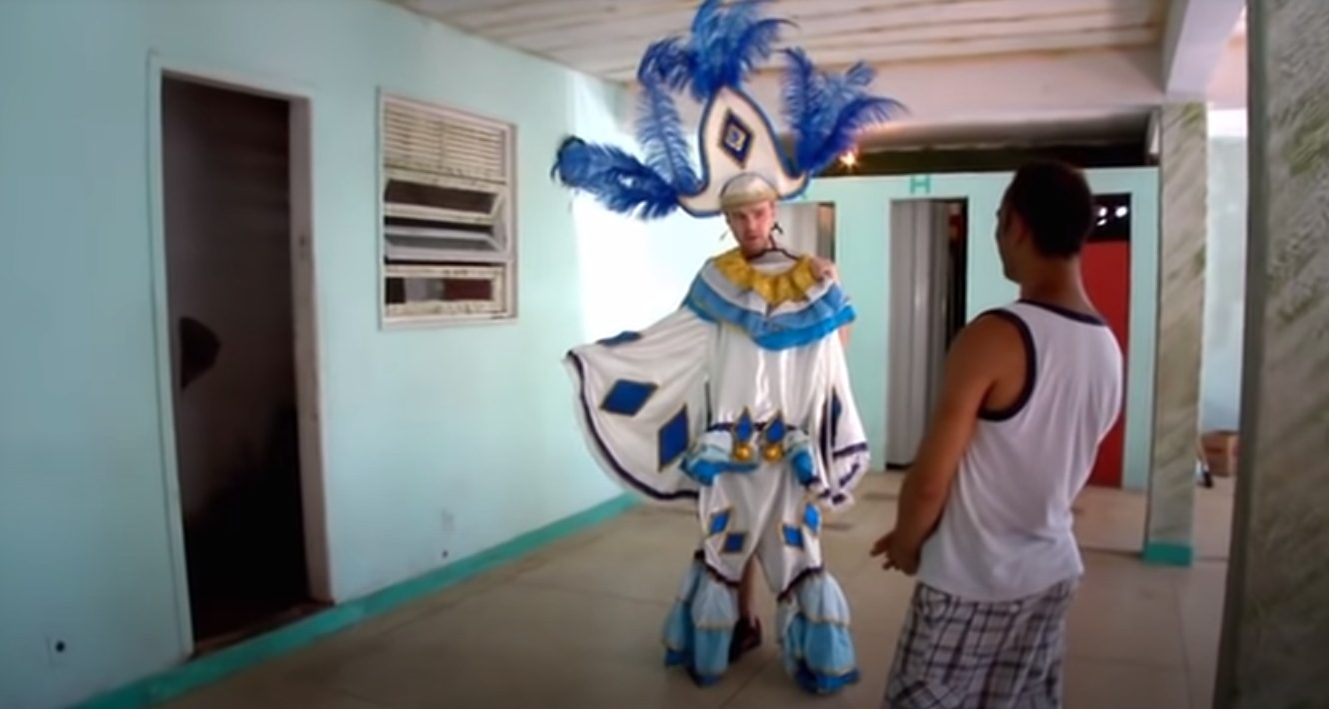 Ricky Gervais and Stephen Merchant, the duo that brought us the original version of ‘The Office,’ are behind ‘An Idiot Abroad.’ The show’s setup involves two friends taking their close-minded third friend, Karl Pilkington, on a world tour to visit the Seven Wonders. The comedy here comes from all three central characters, who are perpetually at opposing ends. While Gervais and Merchant’s characters push Pilkington to soak up the local culture, the latter has his reservations, leading to some hilarious outcomes. Once again, if you enjoyed the “fish-out-of-water” comedy of ‘Man vs. Bee,’ you will love watching Pilkington’s struggles in foreign lands. 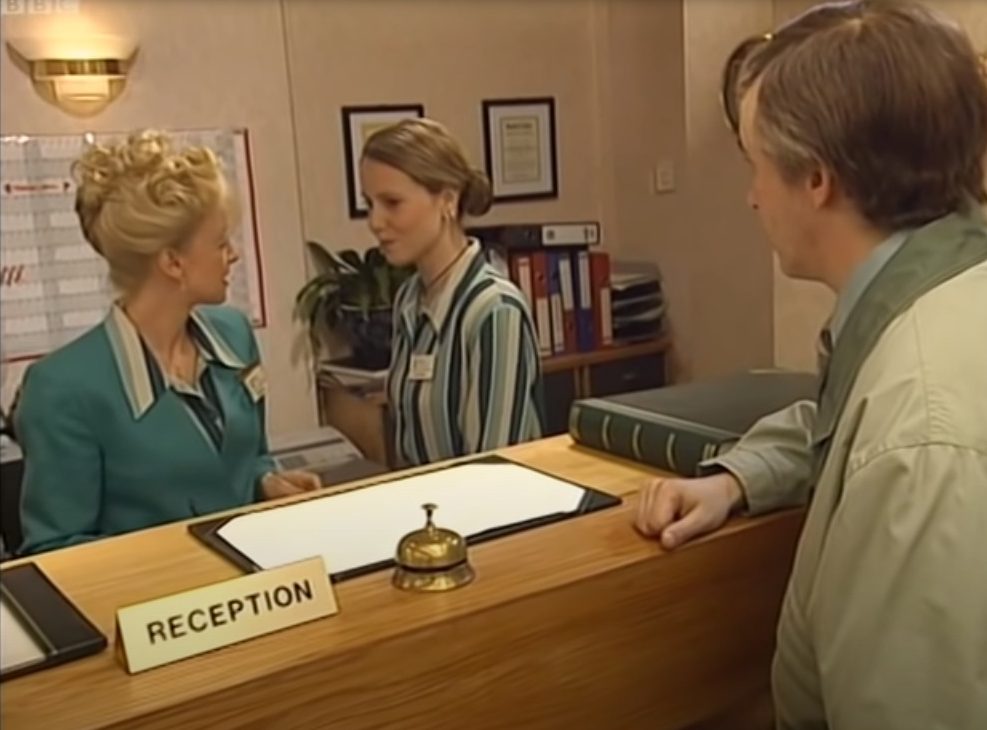 Continuing our foray into British comedies, ‘I’m Alan Partridge’ follows the titular failed DJ and television presenter who is abandoned by his wife and let go by the BBC. Desperate for a respectable gig, Partridge bides his time presenting a late night local radio show as he comes up with pitches for new shows. The relatively simple setup, which leaves a lot of room for comedy, will fill that ‘Man vs. Bee’ shaped hole in your heart. 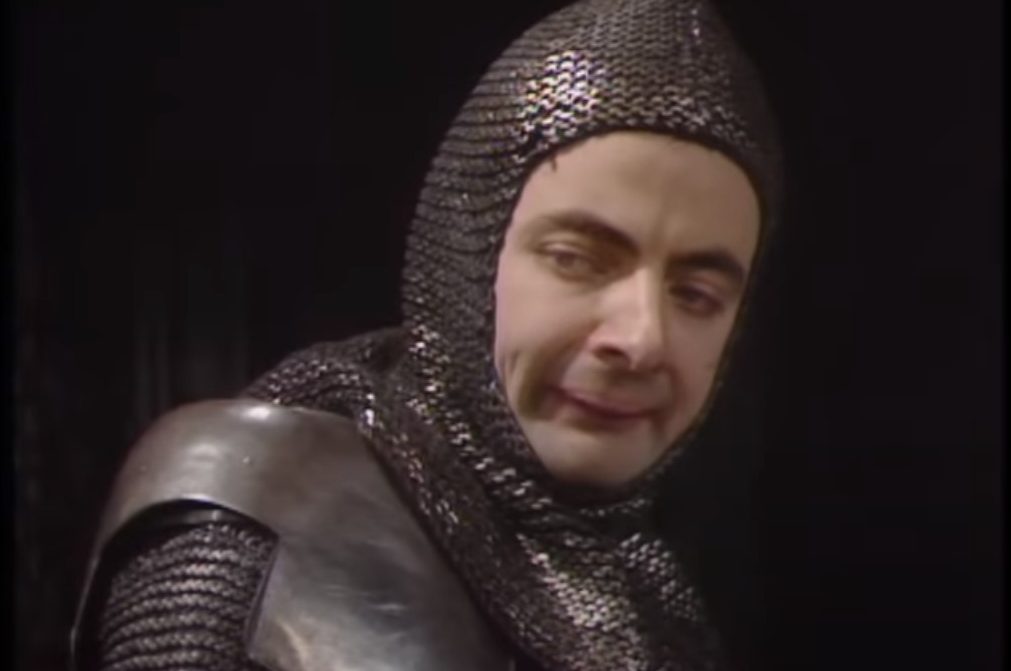 A return to one of Rowan Atkinson’s most recognized early roles, ‘The Blackadder’ is actually the first in a series of sitcoms centered around the titular character, who is essayed by the comic actor. Set in the British Middle Ages, the story has a convoluted backstory that bends history to find Edmund (who gives himself the title of ‘The Black Adder) as the Duke of Edinburgh. The show’s comedy lies in Edmund’s various attempts to impress his father and eventually overthrow him. If you enjoyed Atkinson’s antics in ‘Man vs. Bee,’ you will love seeing his younger self get up to some outlandish comedy in ‘The Black Adder.’ 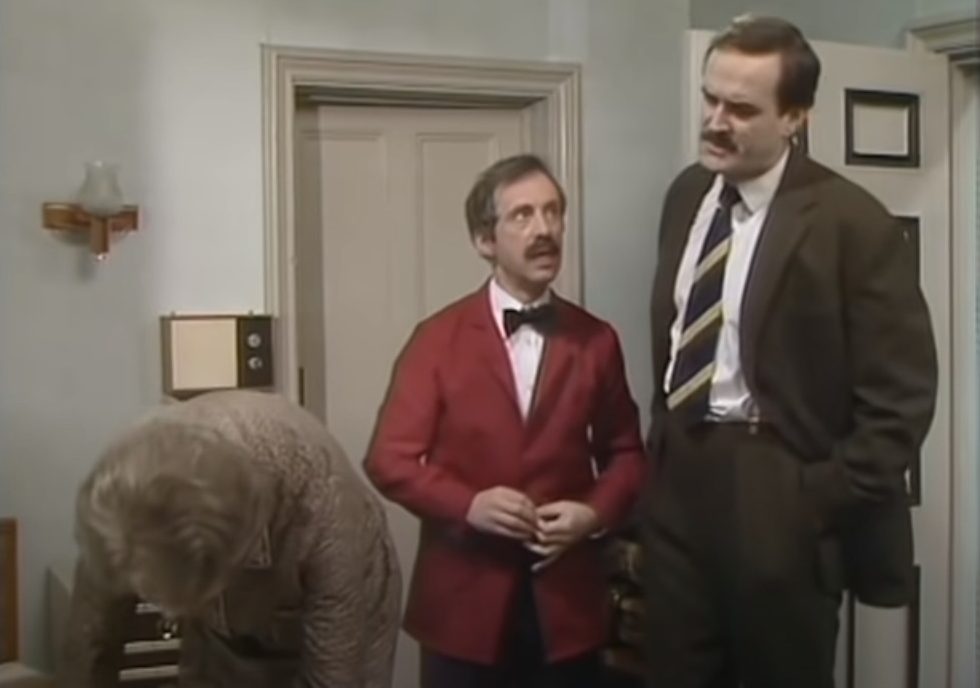 An absolute classic that is often considered one of the best comedy shows of all time, ‘Fawlty Towers’ is set in a fictional hotel run by Basil Fawlty (essayed by the unmistakable John Cleese). Other characters include his bossy wife Sybill, the sensible maid Polly, and the chaotic, generally lost Spanish waiter Manuel. The story revolves around the day-to-day running of the hotel, which is a rich area for comedy given the eccentric characters.

The laughs here are continuos and stem from a perfect blend of slapstick and farcical comedy. This show is a good followup to any comedy series, but if you loved the slapstick humor of ‘Man vs. Bee,’ you will find the annals of ‘Fawlty Towers’ equally chaotic and hilarious. 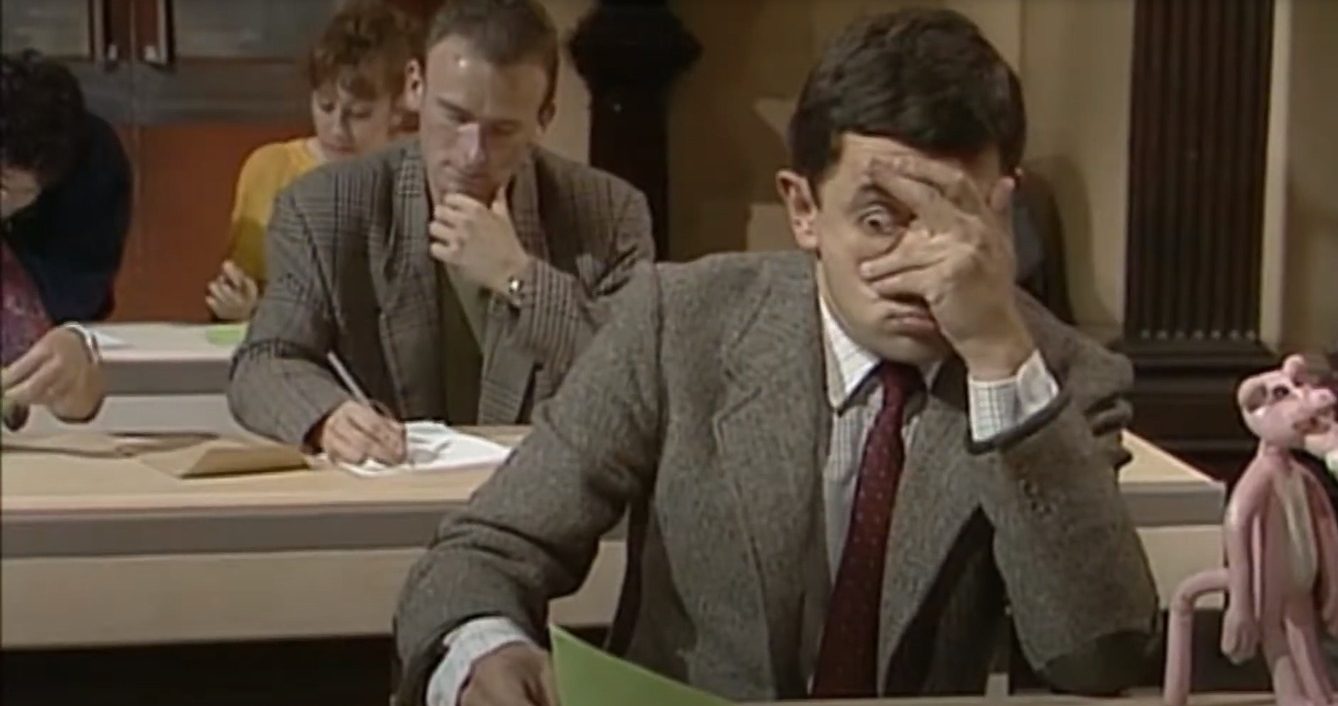 A top choice that is so obvious, it’s almost an anticlimax. If you’re one of the few comedy lovers that haven’t watched ‘Mr. Bean,’ we suggest you get to it as soon as you finish reading this piece. Rowan Atkinson, possibly his most iconic role, essays the hapless titular character. What makes ‘Mr. Bean’ so special is that you will be perpetually confused as to whether the central character is mind-numbingly foolish or a veritable genius.

The titular character going about his daily activities turns into a slapstick adventure with more comedy than most other shows and movies have in their entirety. Imagine laughing through an entire episode where Mr. Bean merely attempts to get a clear signal on his television set. This show is legendary for a reason, and if you’re a recent Rowan Atkinson fan from watching ‘Man vs. Bee,’ you have a lot to look forward to in ‘Mr. Bean.’