Significant Other Ending, Explained: Are Harry and Ruth Dead? 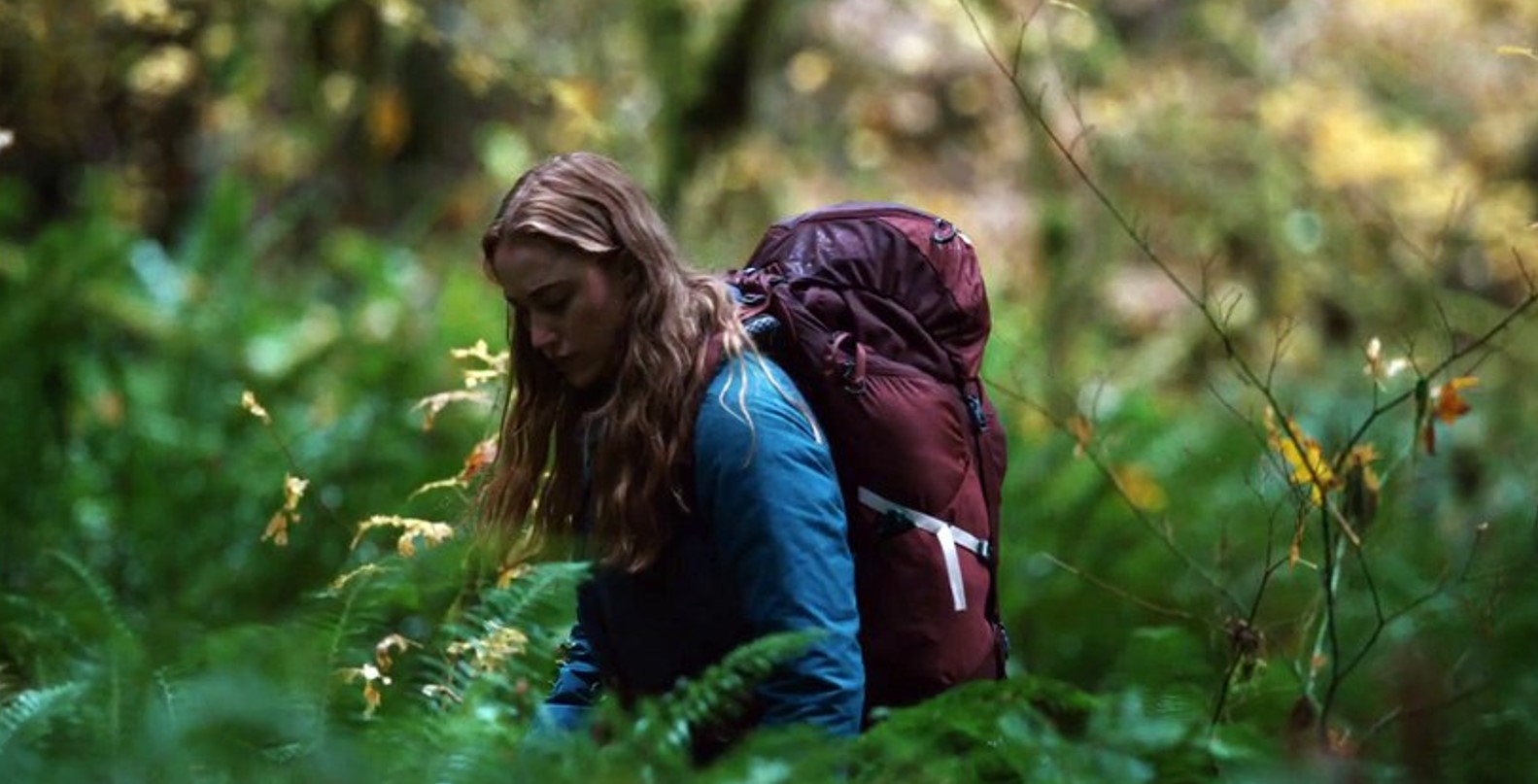 Written and directed by Robert Olsen and Dan Berk, ‘Significant Other’ is a Paramount+ sci-fi horror film. It revolves around a couple, Harry (Jake Lacy) and Ruth (Maika Monroe), who encounters a sinister force while backpacking through a remote trail in the Pacific Northwest. Hidden in the thick forest, the malevolent entity seeks to harm them. Moreover, it is revealed that the entity is nigh invincible and can change its shape to any human or animal. Here is everything you need to know about the ending of ‘Significant Other.’ SPOILERS AHEAD.

The film begins with a seemingly ordinary meteor falling to Earth. However, the very next scene proves that it is no ordinary meteor. A dark substance that has apparently come out of the meteor attacks a stag with one of its horns broken. The camera pans away right them, but we hear the animal’s scream. The next shot is of Harry and Ruth as they make their way to Red Ridge Trail in Portland. By all indications, they appear happy, though Ruth seems to have reservations about the trail. Harry assures her that everything will be alright, claiming that it’s less dangerous than surfing, an activity that Ruth loves.

It later becomes apparent that Harry has an ulterior motive for bringing his girlfriend to the picturesque location. He takes Ruth to a cliff overlooking the Pacific Ocean and asks her to marry him. In response, she has a major panic attack. She proceeds to say no, but that part has become somewhat redundant after her reaction. I realize that surprising one’s partner is a thing, but there has to be at least a conversation about it beforehand.

While it seems that Ruth and Harry did have that conversation, it has been a while since then, and Harry seems to have presumed that Ruth has changed her opinion on the matter. However, that is not the case, though Ruth clearly loves Harry. The latter believes that the rejection stems from Ruth’s experience with her parents’ marriage, which was apparently quite volatile. Although Ruth vehemently refutes this, Harry is later proven to be right. Ruth later tries to call her therapist but cuts the line before she speaks with them. 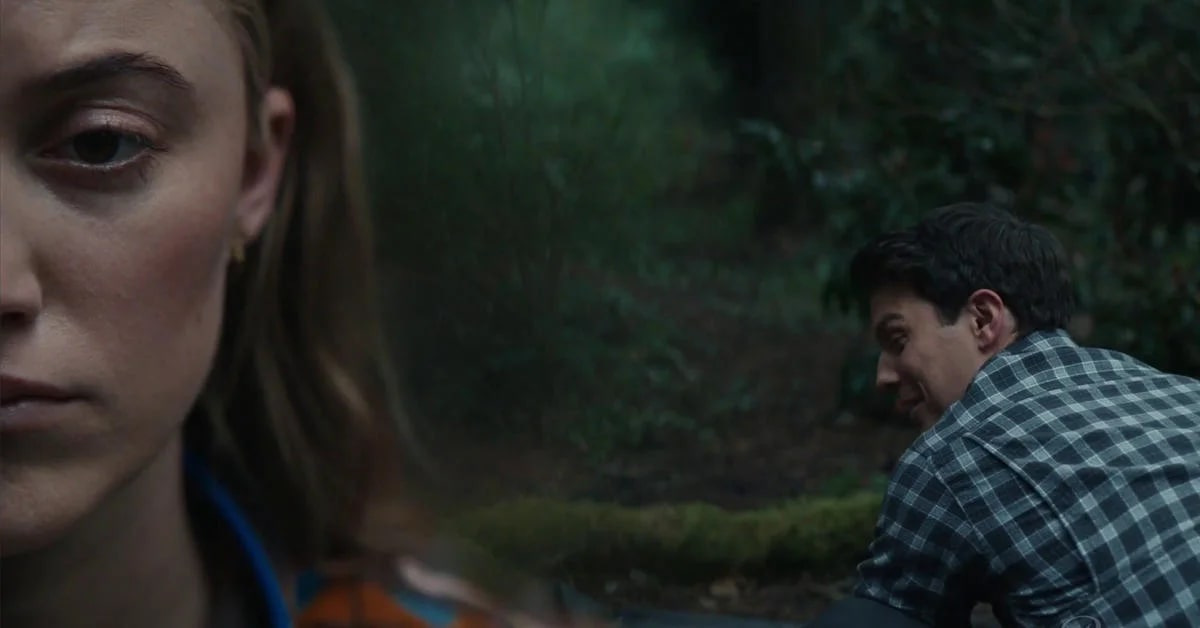 Things suddenly become complicated between them after the failed proposal. They have an argument over how much the separation of her parents has impacted Ruth, as well as her commitment issues. By the time morning arrives, the emotions have simmered down, and Harry and Ruth now converse a lot more cordially. Ruth goes to relieve herself but finds something that makes her scream. When she returns, something seems to be off about her. She suddenly tells Harry she made a mistake by not accepting his proposal and asks him to propose to her again.

Harry and Ruth return to the same spot as before, and when Harry proposes this time, Ruth accepts. However, just as they are about to embrace, Ruth pushes Harry off the cliff, and the latter falls at least a hundred meters below his apparent death. Ruth subsequently tries to put some distance between herself and Harry’s corpse but suffers an injury to the head after tripping on a log.

Significant Other Ending: Are Harry and Ruth Dead?

When the two main characters decided to backpack in the Pacific Northwest, it’s safe to assume that they didn’t think that an alien entity would stalk them. Although it initially appears that it has replicated Ruth, especially when she pushes Harry off the cliff, it is later revealed that the opposite is true. After she trips on the log and injures herself, Ruth is found by an older couple, who realizes that the young woman is in trouble and brings her to their campsite. Suddenly, Harry shows up without a single scratch on him. He kills the older couple with a metallic claw-like appendage protruding out of his index finger.

The real Harry was killed by this replica. Ruth found his body when she went to relieve herself. She then sought the chance to kill the replica, and the proposal provided the perfect opportunity. What she didn’t know was that the entity was unkillable. 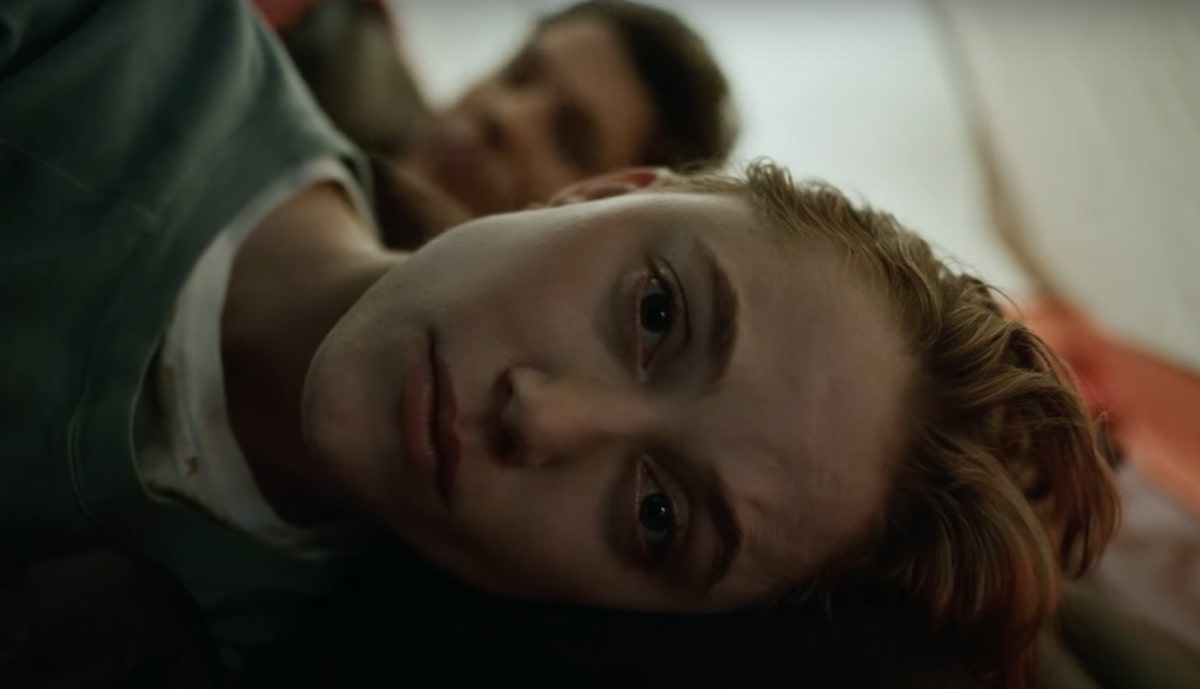 Interestingly, when the entity tries to kill Ruth, it discovers that it can’t. It has copied Harry down to his DNA and thoughts. Harry loved Ruth, and the entity inherited those feelings when he killed and copied Harry. Love is an unknown experience for the entity. Although it initially seems baffled by the experience, it soon discovers that it wants more of it. The alien guides Ruth to the beach where it has left its spaceship and invites her to come along with it, offering her to show other stars and planets.

In response, Ruth stabs the replica and rushes to the ocean. The alien tries to capture her, and its bleeding wound draws the attention of the sharks in the water. However, being attacked by a shark doesn’t kill the entity either. It captures Ruth again, and this time, it chooses to transform into her. Unfortunately for the entity, when it shapeshifts into another being, it receives all its powers and weaknesses. In Ruth’s case, the entity receives her anxiety. Ruth realizes this and uses the knowledge to defeat the extra-terrestrial creature.

Is the Alien Dead?

No, the alien isn’t dead. Ruth gains the upper hand on it by forcing it to have a panic attack. It tries to find Ruth’s pills, but she has already taken the last one. As Ruth’s torrential emotions overwhelm the entity, it begs for mercy. So, Ruth proceeds to bash its head in. She subsequently finds her way back to the car. As she drives away from the forest, the radio suddenly changes from playing David Bowie to the voice of the entity. When Ruth left the cave, the entity’s injuries had already started mending. By now, it is completely healed. It warns a despairing Ruth that she can’t run from it or from what’s coming.

Why Is There a Meteor Shower at the End?

As Ruth tries to get as far away as possible from the mountain, what seems like a meteor shower takes place in the background. Earlier in the film, the entity tells Ruth that it is a scout, so we can assume that it is part of a larger force. The ending reinforces that these entities have come to Earth as invaders. This is what the original alien likely implies when it warns Ruth of what is coming. 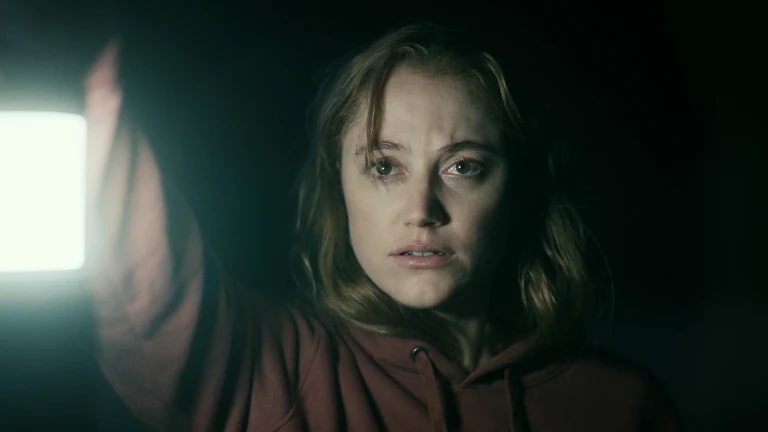 Given how nearly indestructible and undetectable they are, the future of humanity seems bleak. Ruth tries three different ways to kill the alien, but none of them succeeds. In contrast, the entity kills humans fairly easily. So it seems an apocalyptic future lies ahead for the world. As for Ruth herself, her struggle will include a personal enmity against one of these aliens.