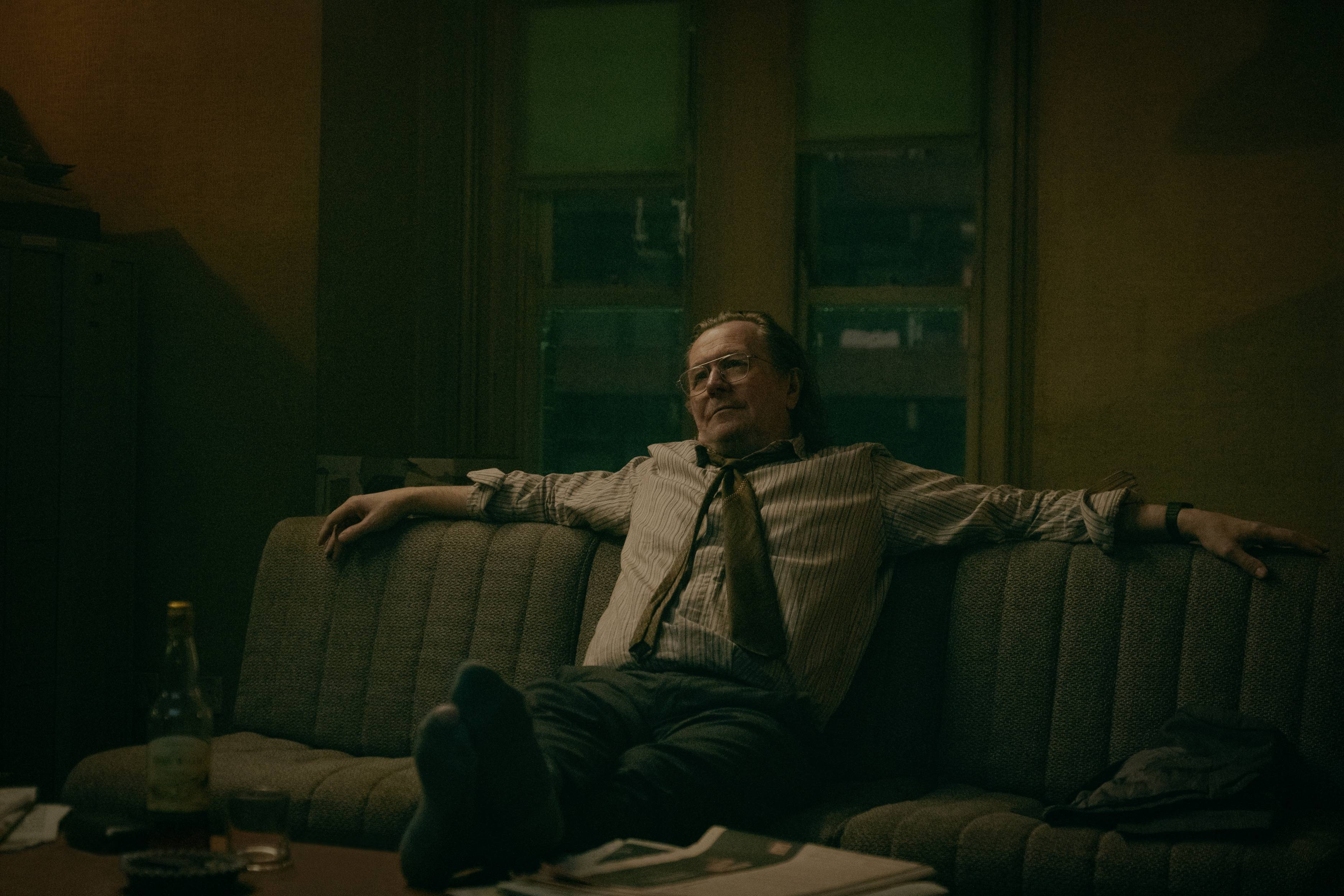 ‘Slow Horses’ season 1 closes in a flurry of twists and reveals in episode 6, aptly titled ‘Follies.’ The kidnapping of Hassan Ahmed still has the Slow Horses and MI5 on their toes, but bigger schemes are also at play. A shocking revelation about the connection between Jackson Lamb and Catherine Standish gives us a tantalizing look at their backstories and also keeps the story going till the final moments of the season finale. Let’s see if we’ve picked up all the details from ‘Slow Horses’ episode 6. SPOILERS AHEAD.

The episode opens with Jackson and River being released by the MI5 after they successfully blackmail Diana Taverner with some incriminating proof. The MI5 head subsequently confronts the right-wing politician Peter Judd and threatens to reveal his multiple affairs and connections to unscrupulous groups. In exchange for her silence, she asks Peter to give her information on Hassan Ahmed’s kidnappers. 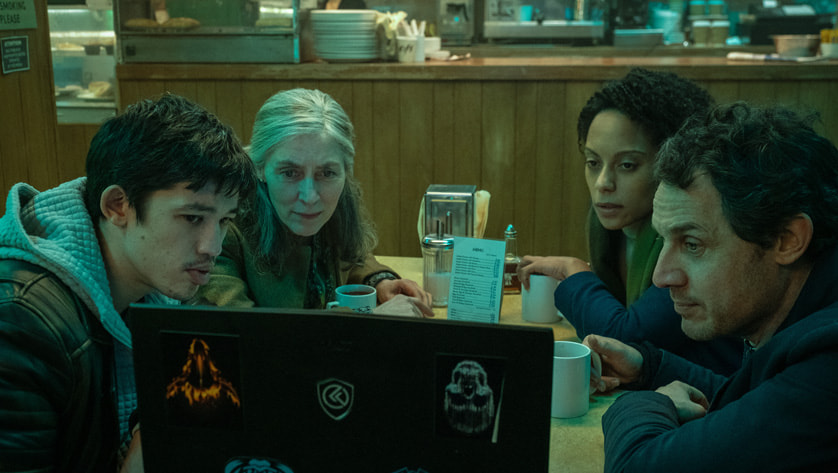 The kidnappers, now down to just Curly and Larry after Zeppo’s death in episode 5, continue toward a secret site to carry out Hassan’s murder and film it. Upon arriving, Larry helps Hassan escape and drives off in their van, leaving Curly behind. Unfortunately for Larry, the MI5 have tracked the kidnappers’ car and soon find him, killing Larry on the spot. Meanwhile, Curly finds Hassan and takes him hostage once again.

Following Roddy’s intel from the hacked MI5 servers, the Slow Horses arrive near Curly and Hassan’s location, and River ultimately locates the kidnapper and his hostage. As Curly tries to fend River off, Hassan knocks the kidnapper out. The MI5 agents then try to kill off Curly in order to “neatly tie up” the whole operation but are stopped by River, Min, and Louisa.

With Hassan Ahmed rescued, Diana Taverner and her boss, Ingrid Tearney, begin to cover their own tracks. Diana is sternly told to erase all files connecting the MI5 to Alan Black. Predictably, the Slow Horses are not given any credit for rescuing Hassan, but Jackson Lamb gets back Catherine Standish’s personal file from Diana. 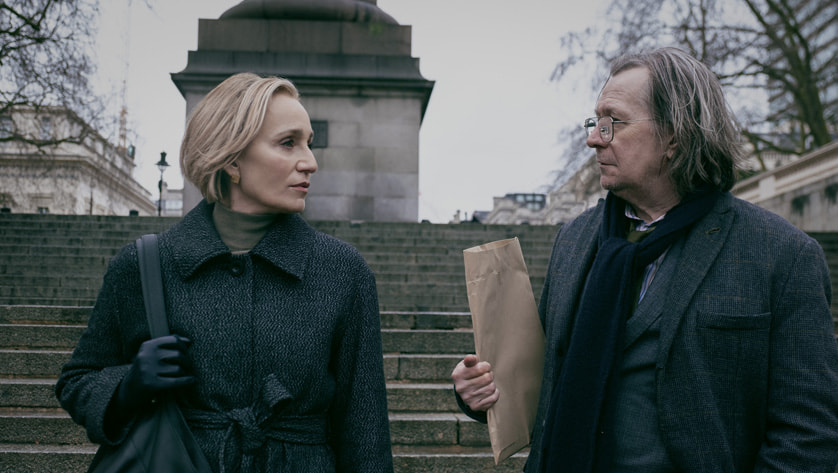 The final moments of ‘Slow Horses’ season 1 delve into Jackson Lamb’s mysterious history with Catherine Standish. The personal file he gets from Diana has confidential pages about Catherine, her late husband Charles, and Jackson, hinting that there is a connection between them. The episode closes with the shocking reveal that it is actually Jackson who killed Catherine’s husband and made it look like a suicide.

But with the many twists that the season 1 finale throws at us, let’s take a look at the central mystery. Hassan Ahmed is finally rescued by River Cartwright and the Slow Horses and survives the traumatic kidnapping. Things get pretty close, and Curly is stopped right in the nick of time before he murders the young student. Hassan then has to fight the urge to kill Curly himself, which he ultimately doesn’t.

Hassan is safe, but the MI5 are keeping a close eye on him. The former kidnapping victim is one of the few people that know about the involvement of an MI5 agent, Alan Black, in the kidnapping. Thus, it is imperative for Diana that Hassan stays silent. In this regard, the young student’s university debts are wiped clean, and his comedy club also gets a secret donation, courtesy of the MI5. From his brief press conference, it appears like Hassan is not particularly keen on revealing anything and getting further embroiled in a CIA conspiracy.

What Happens to Diana Taverner?

Diana Taverner’s plans essentially fall apart when the Slow Horses beat her to find Hassan first. Not only does she miss reaching the hostage first, but she also misses the chance to kill and permanently silence Curly. The kidnapper, like Hassan, also knows that an MI5 agent was involved in the kidnapping — a secret that could make Diana’s life very uncomfortable if it ever came out. 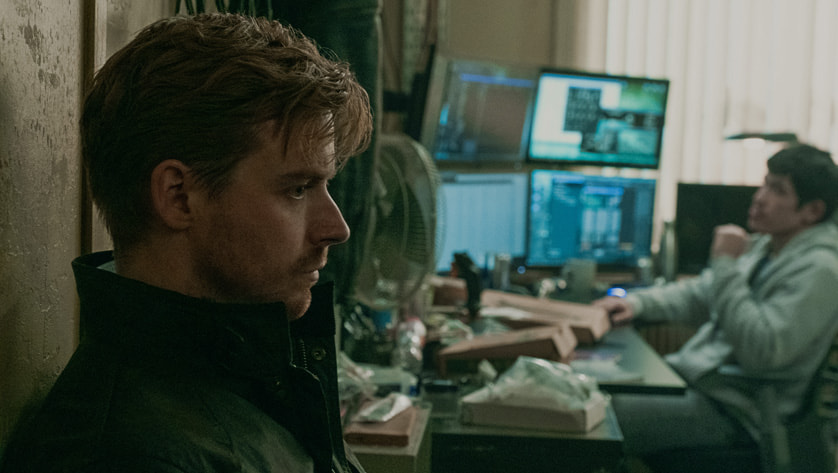 However, like a well-seasoned power player, Diana comes out ahead of the situation, and she and her boss, Ingrid Tearney, are credited with Hassan’s dramatic rescue. However, she still needs to ensure that her connection to Alan Black remains a secret. She also has to give up Catherine Standish’s personal file to Jackson Lamb to ensure his silence in the matter.

What is the Connection Between Jackson Lamb and Catherine Standish?

The season-ender gives us some glimpses of an intriguing past connection between Jackson Lamb and Catherine Standish. There is obviously a lot that the former is hiding from the latter, and when confronted, Jackson finally reveals that he supplied the gun that Catherine’s husband, Charles, used to kill himself. As shocked as Catherine is with the revelation, the truth is seemingly stranger.

The closing scenes of the season finale reveal that Jackson actually killed Charles Partner. It also looks like River’s grandfather, David Cartwright, is involved in the murder. However, their motives are not revealed. However, it is obvious from their mannerism that killing Charles is not a part of any official MI5 mission. Additionally, Jackson is also desperate to keep the killing under wraps, which is why he lies to Catherine. Killing Charles Partner seems to be Jackson Lamb’s big secret and might even be the reason he is at Slough House.