Are Snooki and Jionni From Jersey Shore Still Together?

Nicole “Snooki” Polizzi rose to fame after she joined the cast of the popular American reality television series, ‘Jersey Shore.’ The cast members’ lifestyle, wherein they indulged in partying and drinking almost every other night, garnered immense followers along with vehement criticism. Within the house sheltering eight friends, on-and-off relationships became a regular affair, and so, unintentionally, numerous hookups became the central theme of the show.

Snooki met Jionni at a bar during the filming, and surprisingly, the two turned it into a meaningful relationship. After setting up his family with the reality TV star, Jionni stepped away from the limelight to continue running his business. As they slam all rumors of separation, the adorable couple has proved to the world that their love is sure to make it to the end of the line!

The ‘How Far is Tattoo Far’ host is not too proud of how she came across the greatest love of her life, Jionni LaValle. As confessed to Larry King in an interview, the pair met in 2010 during the MTV reality show’s third season. They hooked-up at Karma, their favorite club in New Jersey, and went their separate ways as it was only meant to be a one-night stand. It was a drunken episode, the one that Snooki wanted to forget. Somehow, they soon developed feelings for each other and started dating. 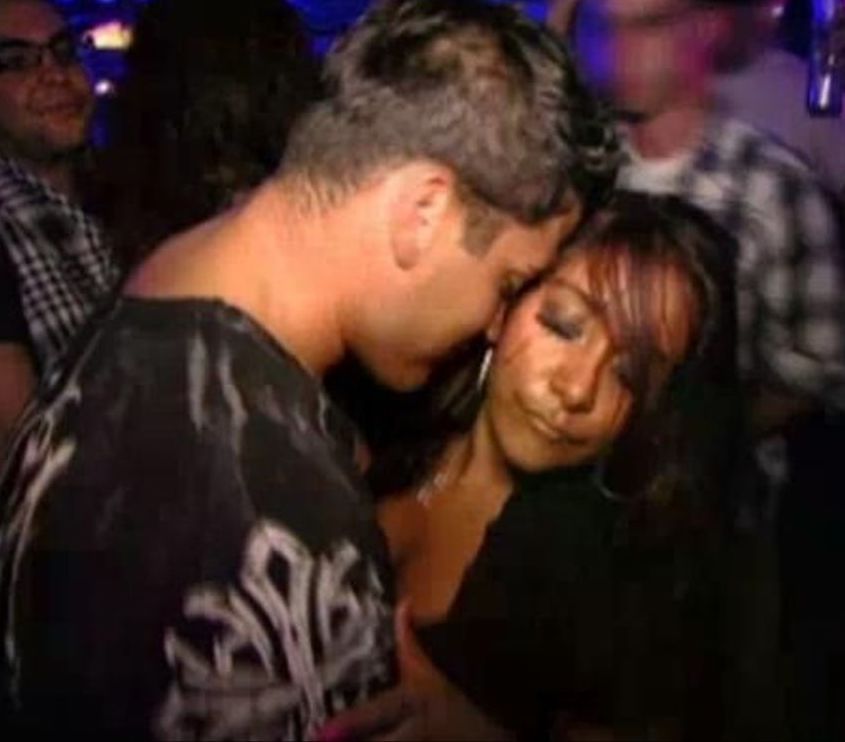 In September 2011, she started filming in Italy for season 4 of ‘Jersey Shore’ during which a heated argument between the pair led to a nasty fight. In an attempt to cope with her feelings, Snooki ended up sleeping with a fellow cast member, Vinny Guadagnino. Their fans were heartbroken and assumed that this was an end of a beautiful love story.

Well, to everyone’s surprise, the couple bounced back together in February 2012. Given Snooki’s history of dating a string of men and acting like a “hot mess,” some viewers speculated her relationship with Jionni to be a temporary phase. However, there were also others who rooted for them both, and it looks like their prayers have been answered!

Are Snooki and Jionni Still Together?

With time, Snooki’s fans saw her growing into a completely different person. She went from sloppily dancing with strangers to becoming a responsible mother. The ‘Confessions of a Guidette’ author acknowledges that none of that would have been possible without the unwavering love and support of her now-husband. In March 2012, she announced her engagement to the love of her life, and on August 26 of the same year, they welcomed their first son, Lorenzo Dominic LaValle.

The reality TV star had her first daughter, Giovanna Marie LaValle, on September 26, 2014. The same year, second-time parents tied the knot on November 29 and celebrated their union with 500 guests at a lavish, ‘Great Gatsby’-themed reception at the Venetian in Garfield, New Jersey. The newlyweds enjoyed companionship for four years before they announced that they were expecting their second son. The couple got outnumbered after Snooki gave birth to Angelo James LaValle on May 30, 2019.

The couple’s journey has not been without its highs and lows. But the fans can heave a sigh of relief as it can assuredly be claimed that there is no trouble in their paradise. Jionni has made a conscious choice to stay away from the spotlight while his wife continues her journey as a reality TV star. The distinct career paths do not hint at their failing marriage.

In fact, Jionni cleared the same by posting a personal note on his Instagram account on January 10, 2018. Snooki has always supported her husband’s decision to live a private life. They divide their time between Toms River and Florham Park, New Jersey, as they happily parent their three kids while enjoying marital bliss.

Read More: What is Snooki’s Net Worth?