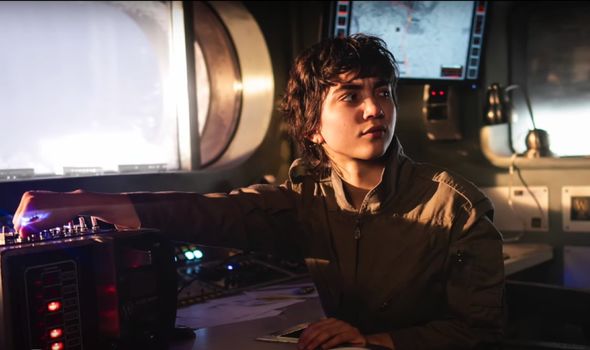 ‘Snowpiercer’ season 2 introduces us to Mr. Wilford and the elaborate scheme that helps him survive the Freeze. Mr. Wilford is aboard Big Alice, a supply train with ample resources that can be beneficial to Snowpiercer. Alexandra, Melanie’s daughter, is alive and is seemingly under the control of Mr. Wilford. Melanie and Alexandra’s interaction takes a distasteful turn as Alexandra is miffed with her mother for leaving her.

Meanwhile, Layton has imposed martial law on Snowpiercer as he needs to establish a structure on the train and, at the same time, deal with the threat of Mr. Wilford. Clever planning by Melanie conjoins Big Alice and Snowpiercer together, and the residents of both the trains have to figure out a way to survive together. Episode 2 takes this narrative forward as we see Mr. Wilford and Layton finally come face to face. SPOILERS AHEAD.

Layton and Roche interrogate Kevin, whom they have taken captive from Big Alice. They entice Kevin with food, and he gives out important details. He reveals that there are about a hundred people on Big Alice facing an acute food shortage. Sometime later, Mr. Wilford agrees to trade Melanie in exchange for Kevin. Melanie leaves her daughter with Mr. Wilford and comes back on Snowpiercer. The fledgling democracy in Snowpiercer is under duress as residents of Snowpiercer are yet to accept the new order. 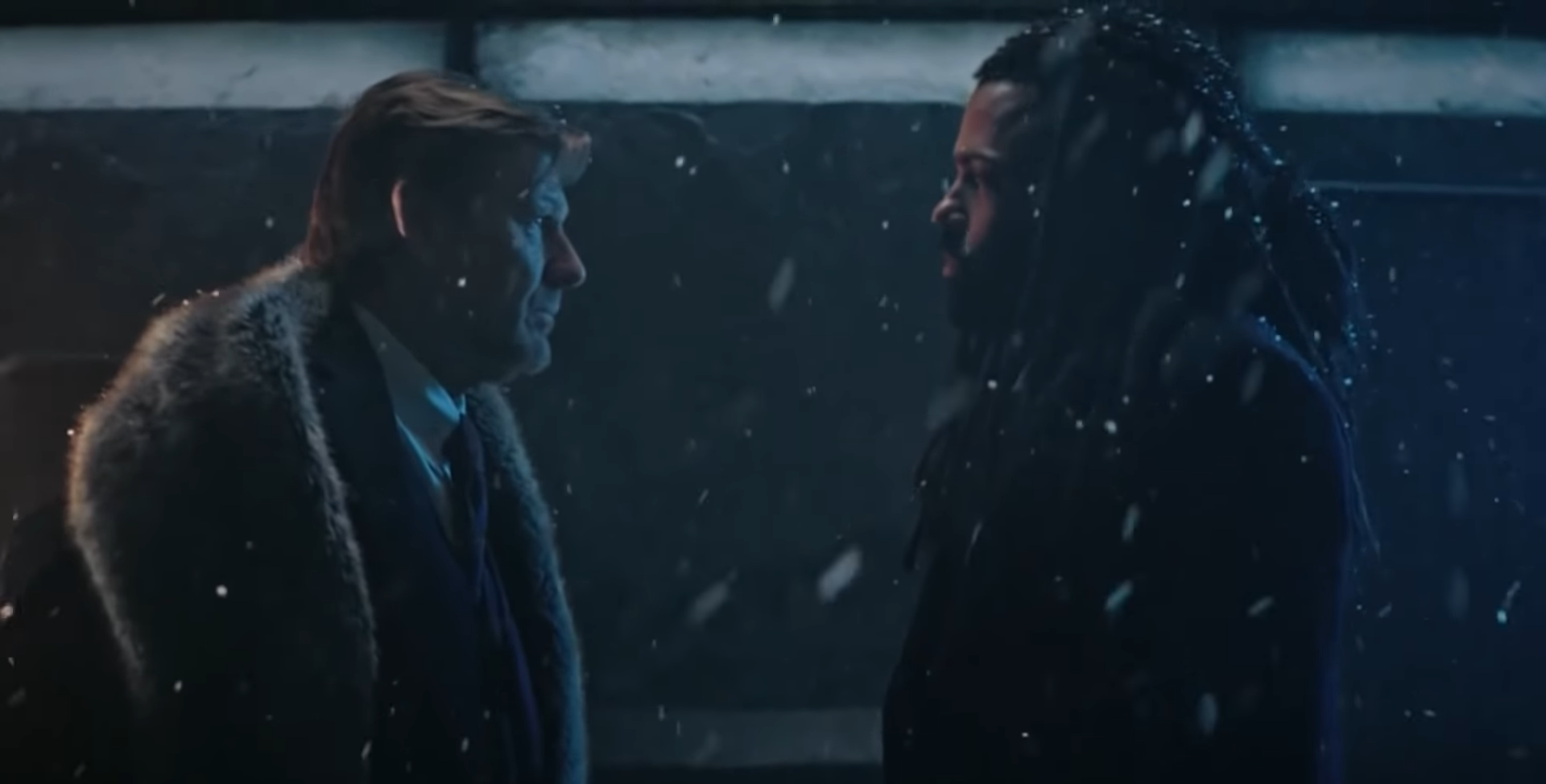 Lights is attacked by assailants who amputate her two fingers, which prompts Layton to appoint Till as the train detective to investigate the attack. During her investigations, she converses with Miss Audrey and Pastor Logan. Mr. Wilford is unhappy with Kevin because the divulgence of Big Alice’s truth makes him vulnerable. He persuades Kevin to commit suicide. Meanwhile, Melanie discloses that the Earth is probably warming up, as evident from the snow that she collects.

Big Alice’s scientific resources provide analytical details that support Melanie’s theory. They decide to hold a scientific summit in the First Class in Mr. Wilford’s presence. Melanie discloses her theory to the public but is vehemently refuted by Mr. Wilford. Finally, Mr. Wilford agrees with Melanie after receiving confirmation from his own scientists. Melanie lays out a plan to recolonize Earth, which can perhaps endanger her life. On the other hand, Zarah discovers a huge secret that can cause a rift in her relationship with Layton.

Zarah finds out that Josie has somehow survived the events that supposedly killed her. Josie is in the infirmary, severely frostbitten and comatose. Zarah identifies her and plans to eliminate her by tampering with the IV. She changes her mind and decides to inform Layton of her discovery. Layton frantically rushes to Josie’s side as she slowly gains consciousness. Throughout the series, Zarah has been depicted as a fragile individual trying to find her way into a semblance of comfort. Her relationship with Layton is strained, but they manage to hold together in the face of parenthood.

Zarah’s encounter with Josie provides a perfect opportunity to ensure a smooth life with Layton. She contemplates killing Josie but backs down at the last moment. Miss Audrey tells her to protect her life at all costs, and despite the bit of wisdom, she informs Layton of Josie. Zarah knows that this situation can perhaps jeopardize her situation, but she doesn’t want to keep the weight of murder on herself. Her pregnancy has perhaps changed her disposition, which makes her an empathetic individual. Although, it remains to be seen how Josie recuperates from her situation and affects Zarah’s and Layton’s life.

The Enigma of Mr. Wilford

Mr. Wilford’s megalomaniac ways are in a glorious display in the second season. His schemes have always kept him one step ahead of the others. He presents himself as a messianic figure who can save the masses from extinction. Mr. Wilford can manipulate people efficiently, which is evident in the scene where he persuades Kevin to take his own life. He draws a bath for Kevin, enters his space of comfort, and breaks his morale through his cunning ways. 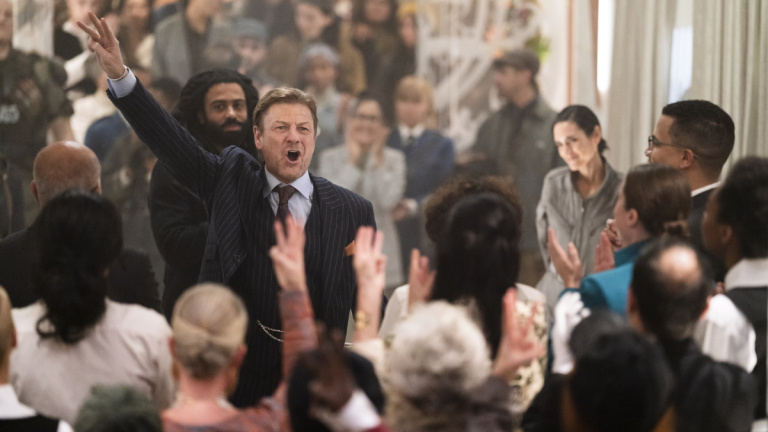 Mr. Wilford also has a band of supporters in Snowpiercer as well. Lights’ finger is amputated in such a way that it resembles Mr. Wilford’s three-fingered salute. This implies that Mr. Wilford doesn’t take disobedience very kindly and can go to any extent to establish his supremacy. Mr. Wilford has utter disregard for humanity and yet manages to maintain a mythical persona that poses a threat to Layton’s role in Snowpiercer.

He even sends Alex to assassinate Layton, which depicts the extent of his control over Melanie’s daughter. He knows that Alex is Melanie’s Achilles heel, which provides him with much-needed leverage to oust Melanie when the situation suits him. Mr. Wilford is greeted with cheers as he comes to Snowpiercer and finds devotees in the face of Ruth and LJ Folger. His enigma is intact, as people believe that their savior has finally arrived.

A Glimmer of Hope

Despite the socio-political upheaval in the unified train, a glimmer of hope is visible in the scientific summit. The world is thawing as the compound responsible for the Freeze has started to disintegrate in the atmosphere. Melanie has to spend a month in a weather station to do the requisite analysis to recolonize Earth. Alexandra is in awe of her mother’s abilities but can’t seem to diffuse the anger and hatred planted by Mr. Wilford. 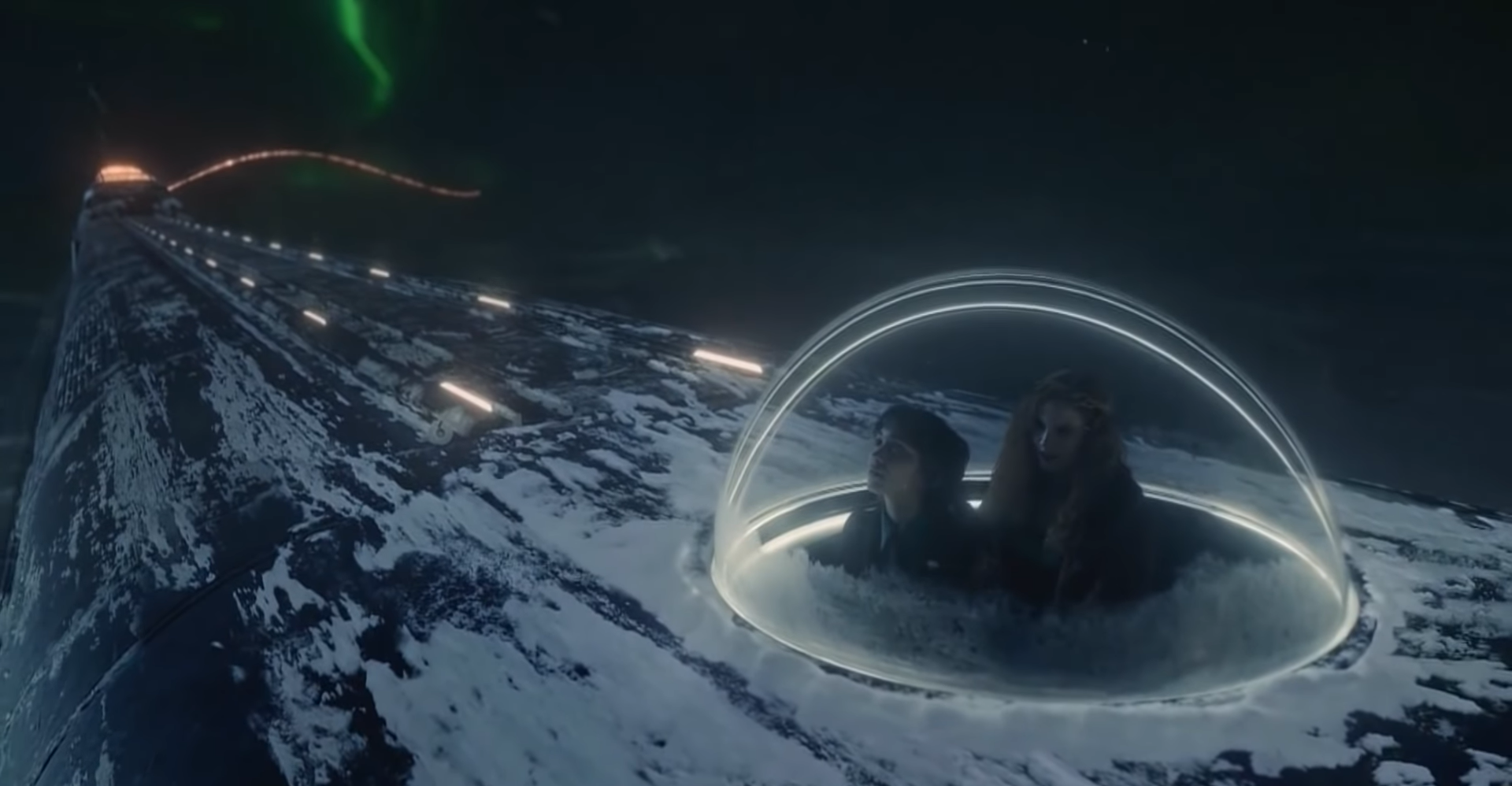 Melanie says that her choice is for humankind’s greater good: a silver lining that cannot be left untapped in dire circumstances. Episode 2 is essentially about the choices that people make that leads to a path of salvation. Zarah’s, Layton’s, and Melanie’s characters are hinged upon their choices that drive ‘Snowpiercer’s explosive narrative.