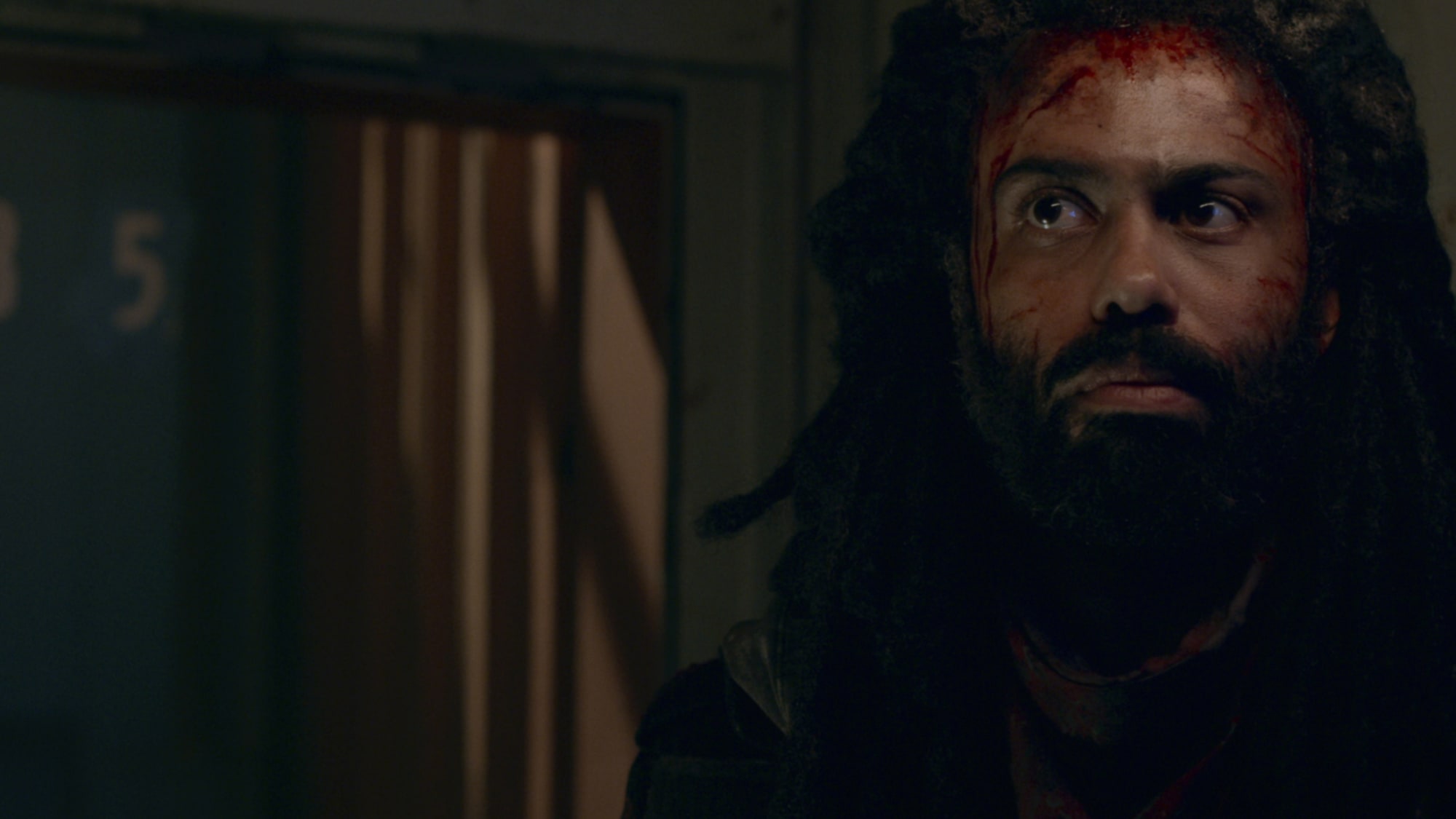 ‘Snowpiercer’ has reached deep into treacherous territory resulting from the conflict between Layton and Wilford. Melanie’s quest to map the climate data takes a heavy toll on her. Melanie has to survive the onslaught of nature while people aboard Snowpiercer have to face the political upheaval. Wilford’s cunning machinations are slowly coming into fruition, and it becomes clear that he wants to take back control of the entire train. He has been waiting for this moment for the past seven years and measures his every move before its execution. Loyalties are tested in the seventh episode of ‘Snowpiercer’ season 2 as the last remnants of humanity await a change in leadership. Let us delve into the details of this tense episode. SPOILERS AHEAD.

Till investigates the attack on the breachmen that left seven of them dead. She doggedly pursues the investigation and finds a W button near one of the dead bodies that leads her to a woman in the First Class. Ruth informs Andre about Audrey’s decision to stay back with Wilford. Andre speaks with Audrey over the intercom, wherein she says that she doesn’t want to come back as of yet. Meanwhile, the last surviving breachman thinks that the tailies are behind his comrades’ death and attacks them. The growing rift between the Third Class and the tailies threaten to blow out into a huge conflict. Layton announces that Wilford has been trying to create a rift in Snowpiercer’s society. 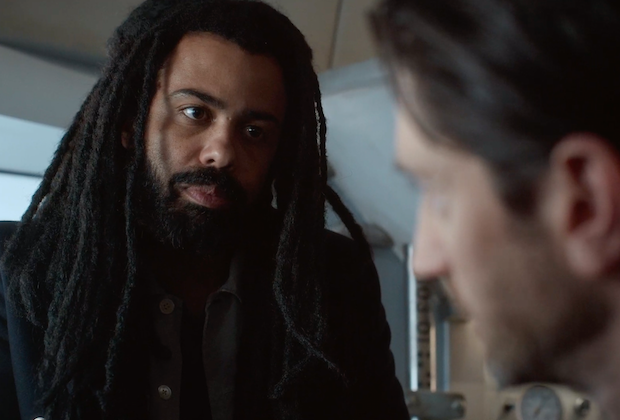 Audrey is asked to prove her loyalty to Wilford. He asks her to heal Kevin, who is revealed to be alive but in a deranged condition. Kevin’s condition reminds Audrey of her own past, but she reprograms Kevin into Wilford’s loyalist. Alex is miffed at Wilford’s changing disposition as he also questions her loyalty. In the Snowpiercer, Till finally finds out the truth as the tail descends into chaos. Ruth has to face the consequence of her own actions but comes at the right time to save Layton and Pike from the people’s wrath. In the end, ominous imagery foretells that people aboard Snowpiercer are longing for a change in leadership. Wilford ultimately prepares for his final action.

Snowpiercer Season 2 Episode 7 Ending: What Do the Red Lights Signify?

At the end, when Snowpiercer passes through the spiral path, the train compartments are clearly visible. Many windows have a red tint at their window, hinting at their desire for Wilford’s leadership. Most of them are unaware of Wilford or haven’t seen him, but despite this fact, they long for his enigma. Moreover, the current unrest in Snowpiercer has tired the people on Snowpiercer who don’t want another conflict. They are searching for order, and Wilford has given them ample scope to expect stability. 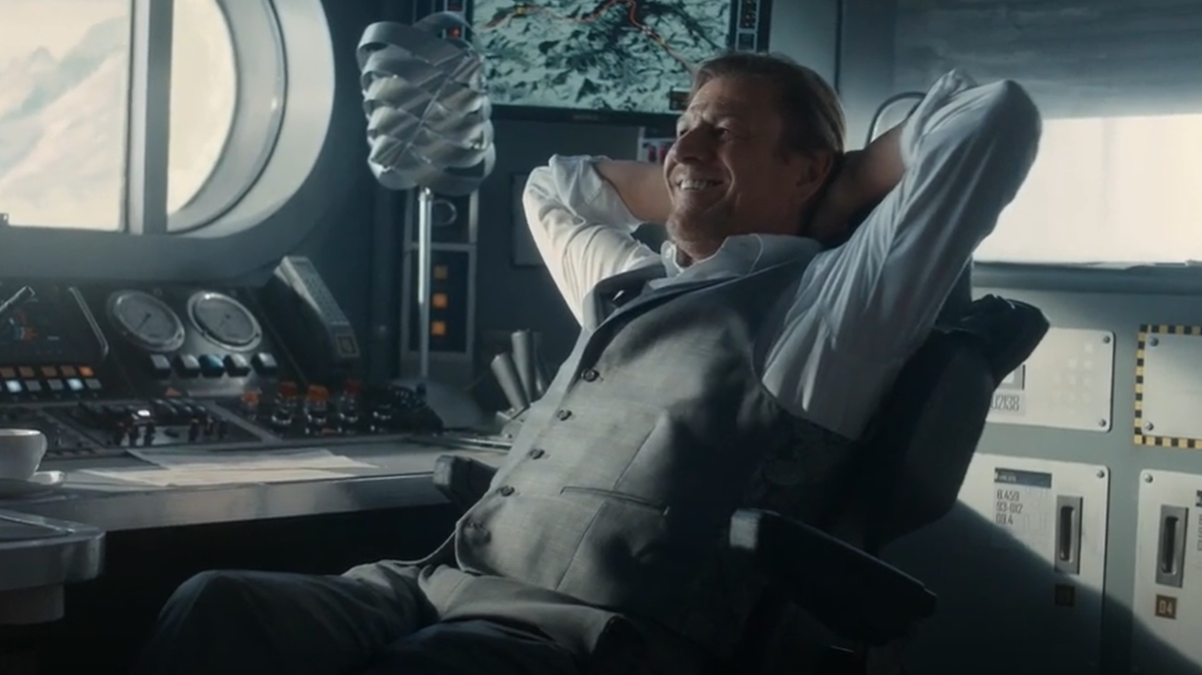 We finally get to know that Pastor Logan is the coordinator behind Wilford’s plans aboard Snowpiercer. He believes that there needs to be an order in the train, and the best person to do so is Wilford. Essentially, by eliminating the breachmen, Wilford has created a rift between the Third Class and the tailies — the point from where the revolution began in the first place.

He perhaps knows that Layton’s grip over the train is contingent on loyalty and exploits the weakness step by step. Layton’s main goal has been to establish democracy but this venture has seen a fair share of political dissonances. The innumerable red lights indicate that the people want to escape the chaos, which has been turned into an opportunity by Wilford. The billionaire knows how to use his pawns to create a power vacuum and then pounce on it at the right time.

A Test of Loyalty

Audrey decides to stay back with Wilford as she believes that her plan has been compromised. Rightfully so, she couldn’t evade the gleaming eyes of Wilford. He pushes her to prove her loyalty by “fixing” Kevin, whom we thought to be dead after the second episode of the second season. As it turns out, Wilford didn’t let Kevin die and left him in a broken state.

Essentially, Kevin’s condition mirrors Audrey’s past, where she took a blade to her wrist at the behest of Wilford. She tells Kevin that Wilford’s love is manifested in a way that demands loyalty. His love is unparalleled, and it can’t be replicated. Audrey reprograms Kevin’s mind into servitude as he willingly licks Wilford’s slipper. 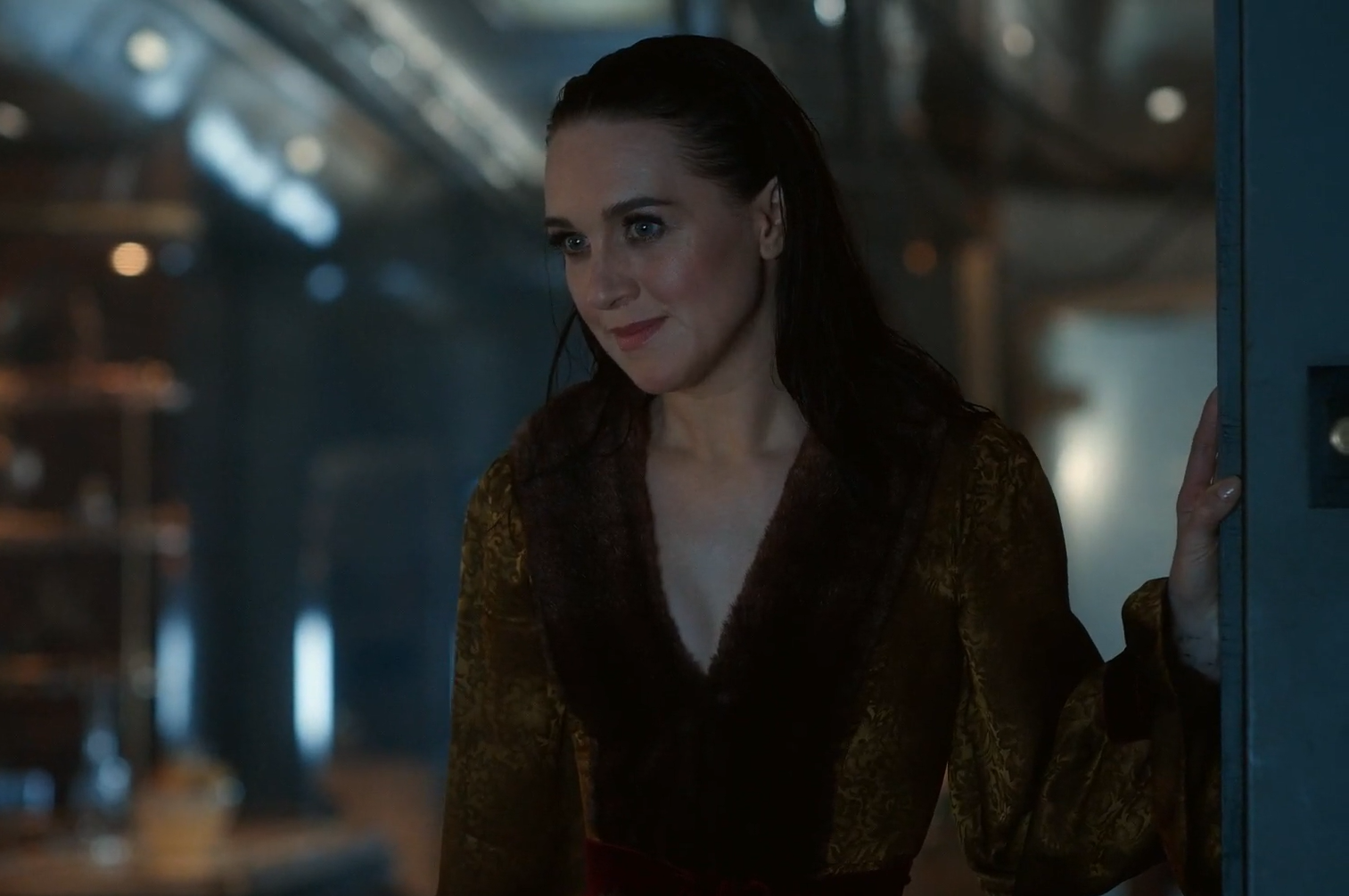 Audrey turns the Nightcar’s chamber of hedonism into a healing spot where she could reach the depths of grief and pull a person from its effects. Her own past enables her to do so, and it is indicative of her triumph over her trauma. By changing Kevin, she proves her loyalty, but at the same time, she entraps herself in the whims and fancies of Wilford. However, there is a subtle hint that Audrey is the weak spot of Wilford, as he needs her to be around him to satisfy his strange pleasures and ego.

Why Does Ruth Save Layton?

When the tailies corner Pike, Layton offers himself to protect him. Ruth intervenes and says that violent ways are not the means to remove any leader. Her loyalty resided with Wilford, but after the events that led to Layton’s rise, she has found her true calling — selfless service to Snowpiercer. Moreover, her interaction with Winnie reminded her of the flaws in her judgment. Ruth seems to introspect at every juncture and is driven by a desire for peace and stability. It will be safe to assume that she saves Layton to protect Snowpiercer from descending into all-out chaos, and with Icy Bob on his way, it definitely buys some time for them to prepare for an onslaught.