Since Disney acquired Star Wars Universe, Star Wars fans were curious to see how Disney would make a movie dealing with the origins of one of Star Wars most beloved characters – Han Solo. Since all the Star Wars fans have been so accustomed to seeing Harrison Ford playing the iconic character for four films, we all were very curious to see how little-known Alden Ehrenreich would fare as the titular character. Now, unlike the previous Star Wars films which are known for its twists and turns, this film’s plot is relatively straightforward as we already know so much about Han Solo from the original trilogy. Here we find out what Han Solo did before he became a smuggler, how he became friends with the loyal Chewbacca, his first encounter with Lando Calrissian and how the Millennium Falcon gets to be in Han’s possession. We see how he goes from being an orphan in the dirty industrial streets of Corellia to serve in the Imperial infantry, to meeting Tobias Beckett – a criminal posing as Imperial soldiers who sets him on a path to becoming a famous smuggler legend. Here are some important plot points which will make the ending of this movie very clear:

The Role of Enfys Nest and Her Cloud Riders 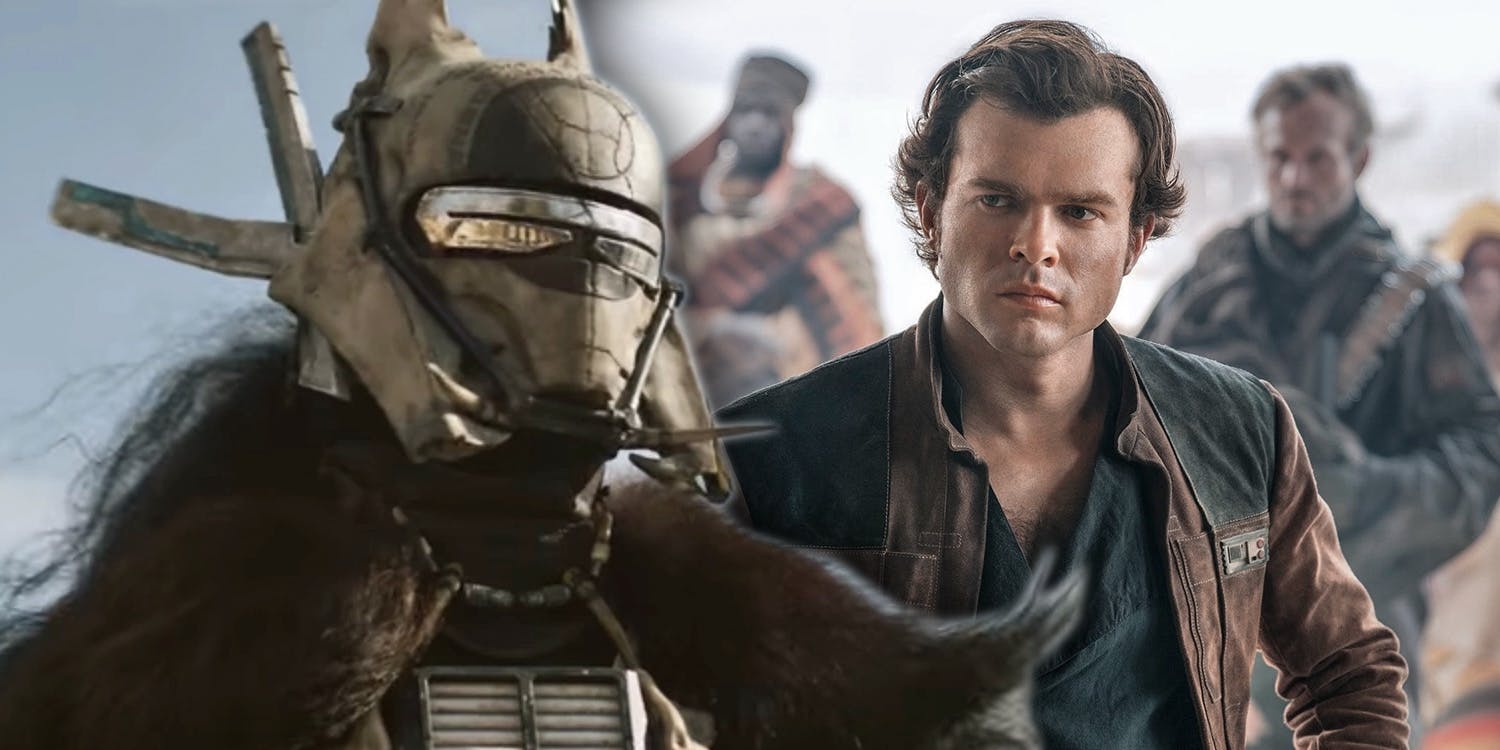 It is revealed to us that Enfys Nest and her Cloud Riders, the marauders who have been chasing Beckett’s crew throughout the movie are actually not pirates but rebels who are trying to prevent the syndicates and the Empire from gaining power across the galaxy. We learn that her intentions are to get hold of the stolen coaxium from Kessel so that she can use to further the rebels’ cause and possibly make bombs out of the highly unstable coaxium.

Tobias Beckett Deceives us All 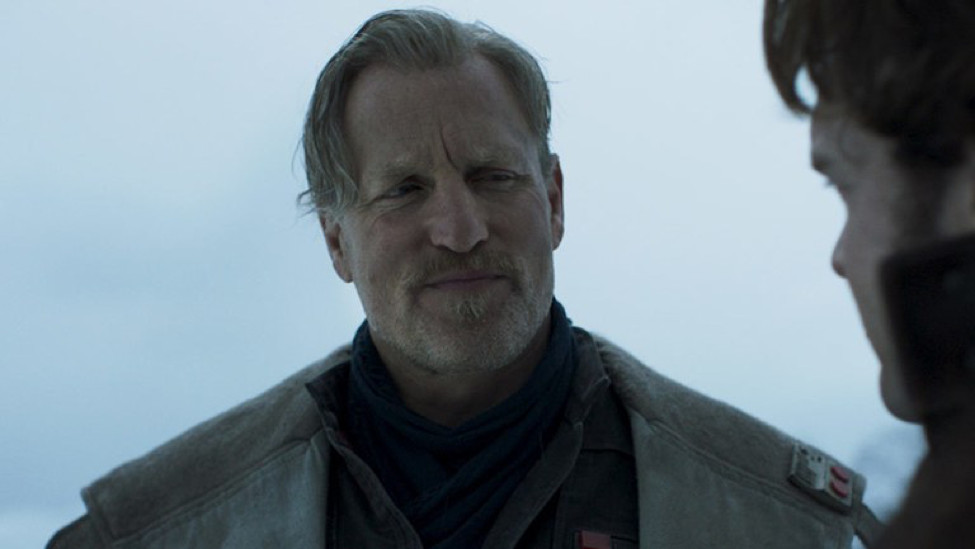 While many of us had suspicions about Qi’ra and her involvement with the Crimson Dawn, in a rather twist and turn of events we find out that it is Beckett who betrays Han by escaping with the stolen coaxium and taking Chewie as the hostage. When we are first introduced to his character, we learn that he is an “honest” smuggler and a captain who cares for his crew and that he teaches Han a valuable lesson – not to trust anyone. It’s Beckett who alerts Dryden Vos of Han’s intention to double-cross him with the fake coaxium. Later after Han catches up with Beckett, in a classic Mexican standoff, Beckett reveals he’d rather get a good pay day than allowing the Cloud Riders to get hold of that coaxium. Before Beckett draws is gun, Han shoots him first and with his dying words tells Han that he made the right choice.

After Han reveals that he knew Beckett was not to be trusted, we find out that the coaxium being stolen is real and that Han didn’t intend to steal it so as to sell it to the Cloud Riders. Han and Qi’ra fight Vos with Qi’ra overpowering Vos and stabbing him in his heart with his own blade. After Han leaves to save Chewie, we then learn that Qi’ra takes Vos’ Crimson Dawn Ring and uses it to contact a shadowy figure who turns out to be Darth Maul. Now, this might confuse some Star Wars fans as we know from the first prequel ‘The Phantom Menace (1999)’ that in that he was cut in half by Obi-Wan and he fell down a reactor shaft. Also, this movie takes place roughly two decades after ‘The Phantom Menace’ and around 11-14 years before ‘Episode IV: A New Hope’.

Now many of you might be wondering as to how is this possible but it is revealed in the ‘Clone Wars TV Animated Series’ that Maul SURVIVED his injuries inflicted by Obi Wan by using his rage and using the dark side of the force and was being dropped off by a ship into a junkyard planet where he had gone completely insane. He was given a robotic lower half in order to continue functioning. He then slowly rose to power once again, fueled by his thirst for revenge against Darth Sidious who abandoned him and Obi-Wan Kenobi who almost killed him. At the height of his power during the Clone Wars, Maul had become a crime lord running something called the Shadow Collective, which includes groups named Pyke Syndicate, Black Sun, Hutt Clan, and apparently, Qi’ra’s crew: Crimson Dawn. Though Maul is only there in the movie for a minute or two, we learn that he gives Qi’ra a mysterious new assignment which she accepts by taking command of the Crimson Dawn flying to some unknown place.

How the film connects to A New Hope?

Earlier in the film, Beckett mentions that there is a gangster on the Planet of Tatooine with a very big job –  which obviously refers to Jabba the Hutt, which we first encounter in ‘A New Hope’.

How Han Solo’s character is developed? 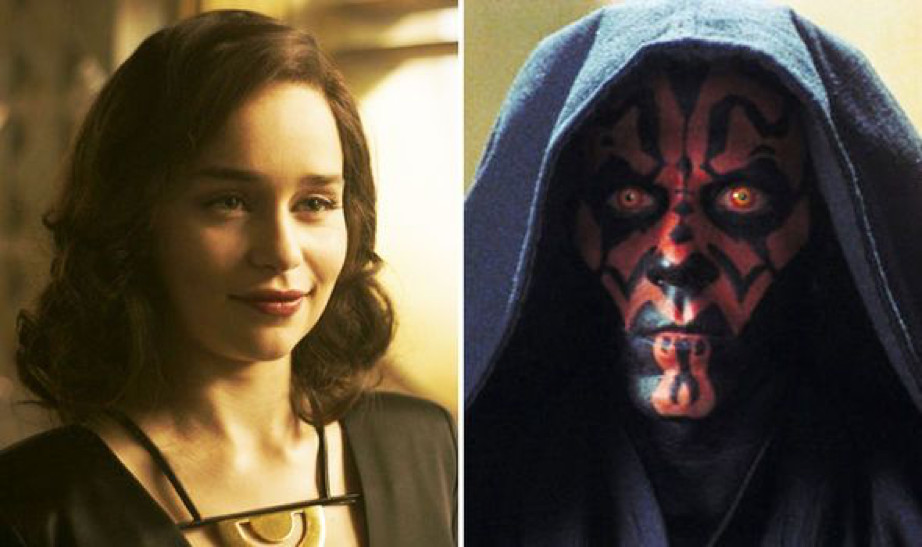 At the beginning of the film, Han aspires to escape from Corellia and become the best pilot in the galaxy. But later, when Enfys offers him a chance to join the rebellion in their battle against the Empire, he mentions he isn’t much into the rebellions. This is quite a pleasing factor to watch as the Han Solo we know from the beginning of the original trilogy that he was a smuggler who only cared about earning rewards and didn’t care much for the rebellion’s cause in their battle against the Empire, which fits his character arc quite perfectly. 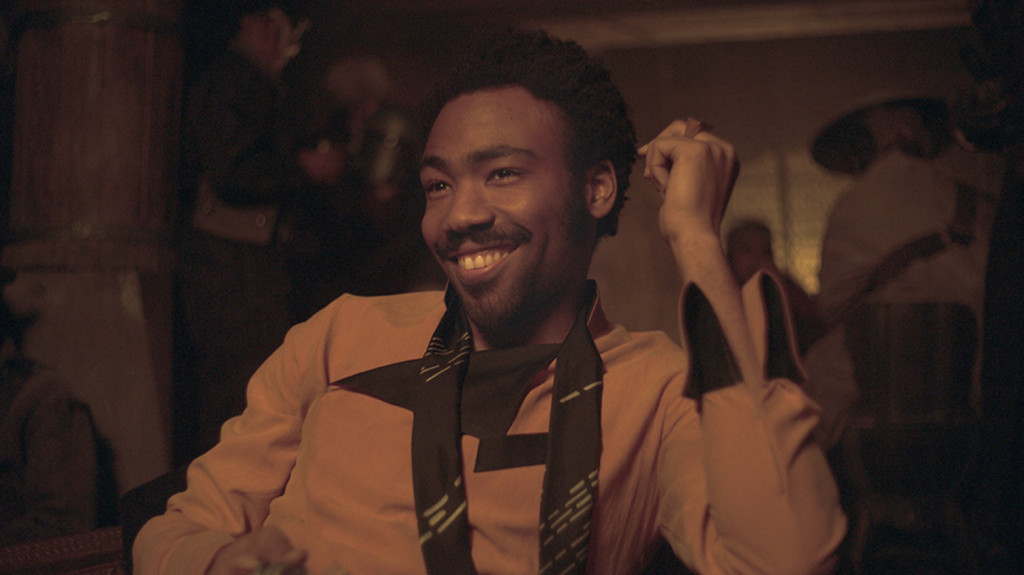 We know from ‘The Empire Strikes Back’ that Solo won his prized possession from Lando Calrissian in a gambling game with him. At the end of the film, we get to see how Han after being beaten by Lando challenges him again to one last game of Sabacc for the Falcon. This time, he notices the device on Lando’s wrist that slips him cards and manages to steal the secret playing card that Lando keeps under his sleeves. This leaves Lando with an advantage and hence Han gets his keys to the Falcon. We already know that from here, Han and Chewbacca go off to many of their smuggling adventures aboard the Falcon.