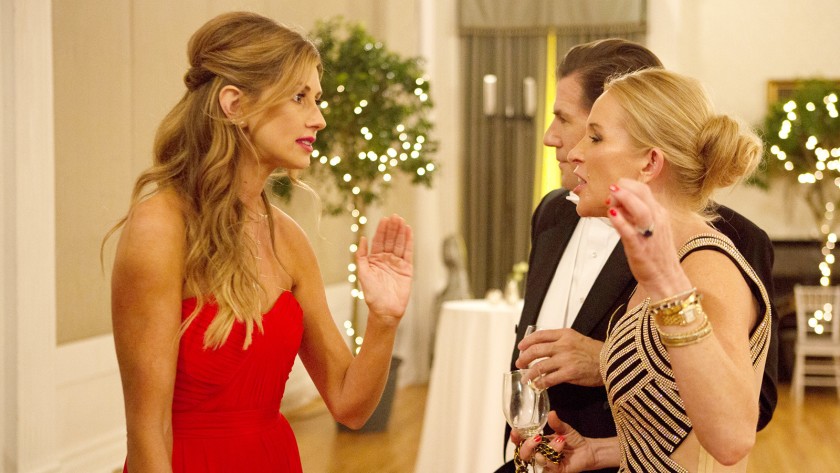 After what seemed like almost an eternity, ‘Southern Charm’ finally returned with its seventh edition on October 29, 2020 — and with some major cast shake-ups. Kathryn Dennis, Craig Conover, Shep Rose, and Austen Kroll have all made a comeback. But sadly, we won’t be seeing Cameran Eubanks, Naomie Olindo, and Chelsea Meissner this season. On an exciting note, Leva Bonaparte, Madison LeCroy, and John Pringle have joined the Charleston scene as series regulars. Among the ‘friends’, we have Danni Baird, Whitney Sudler-Smith, and Patricia Altschul.

To give a bit of a background on the newcomers, Leva and her husband, Lamar, are well-known in the Charleston nightlife and hospitality scene. We had already met hairstylist Madison in season 6 when she started an on-again-off-again romance with Austen. John happens to be Shep’s fraternity brother from their days at the University of Georgia.

The seventh edition promises to be an eventful one since it was filmed from February to July 2020 — and hence, had faced the full force of the COVID-19 pandemic. There are episodes that have been entirely self-shot during the quarantine. Additionally, we also witness how the fight for racial justice in the country affects the elite in South Carolina.

Yes, we have an interesting season ahead, waiting to unravel in the following weeks. To help you stay updated, let us now check out the details of ‘Southern Charm’s next episode.

‘Southern Charm’ season 7 episode 2 releases on November 5, 2020, on Bravo at 9 pm ET/PT and 8 pm CT. New episodes drop every Thursday at the same time slot. For a sneak peek into the upcoming episode, you can check out its promo here.

Cable subscribers can easily catch up on the latest episodes of ‘Southern Charm’ season 7 at 9 pm ET on Bravo every Thursday night. With the help of a cable package, you can additionally catch the season on-demand or online at Bravo’s official website. If you are a cord-cutter, you can resort to the multiple live TV streaming services, namely, Hulu With Live TV, Sling TV, YouTube TV, Fubo TV, and AT&T TV Now. Hulu + Live TV also offers a one-week free trial and it contains Bravo as a part of its package. Additionally, already released episodes can be rented or bought on Amazon Prime Video. Finally, you can stream the series on Peacock TV.

The premiere episode starts off by giving us a glimpse of Austen’s quaint new house. Craig is currently staying with Austen since a pipe broke in the former’s home and there is asbestos everywhere. We also learn that Craig is doing pretty well in his business. Austen and Madison have managed to patch up (for now) after the messy relationship drama in season 6. As for Kathryn and Thomas, they have split custody.

Shep invites Patricia to an event, which has a theme of ‘life is good’. He also says that Madison will be coming as well – much to Patricia’s annoyance. Craig and Kathryn grab a drink while Shep is seen to be in a better place with his girlfriend Taylor. Kathryn reveals that Cameran’s husband Jason is having an affair. This makes Craig uncomfortable and he asserts that the news must be wrong.

At the party, things kick off on a smooth note between Shep and Madison. Patricia is angry that there is not enough food. Cameran texts Kathryn about the rumors she has spreading about her husband. She is livid that Kathryn had chosen to disclose the matter before cameras. Well, this explains why Cameran chose to quit the show and won’t be making an appearance for the rest of the season.