Batman Vs. Spider-Man: Who Will Win? 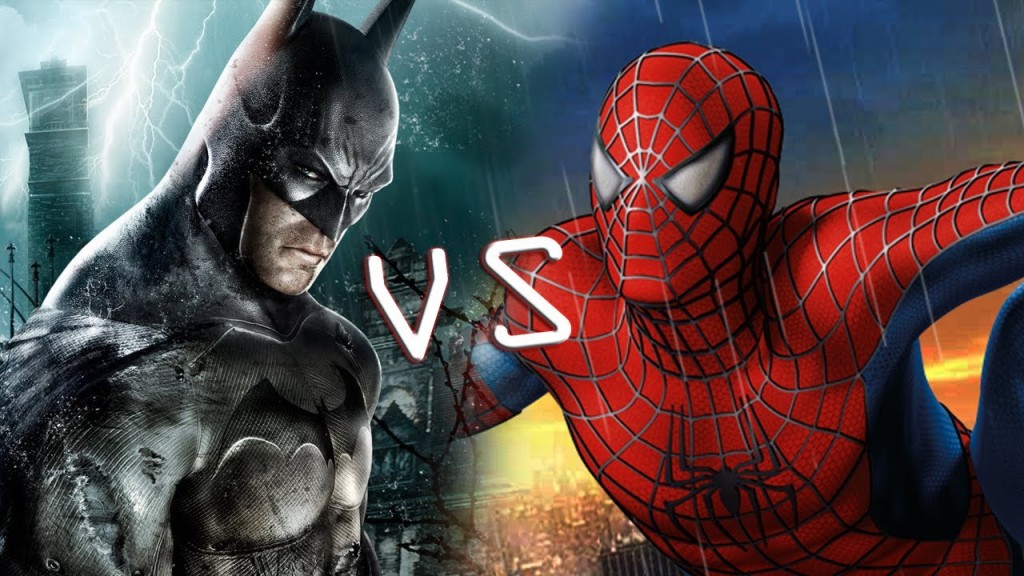 Today we are talking about two of the Big Three of comic book superheroes – Batman and Spiderman. On the black side is the savior of Gotham and on the red side the vigilante of New York. If you talk about the popularity of these two, nobody is less than the other. But here we are talking about a match of strength. We want to know who will survive in a mano-a-mano battle. Even though these characters lie with entirely different franchises and as such there is no probable chance of them ever facing each other in a clash to death; it is our duty as fans to think of scenarios which interest us. So here we are. If you want to know who would win in a match between these two legendary warriors, read on. 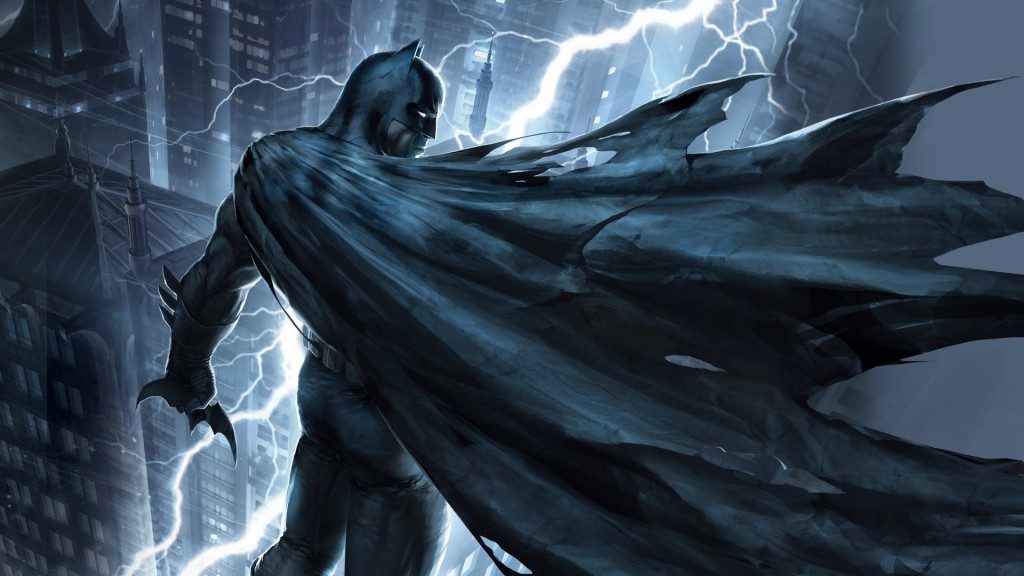 The Dark Knight, World’s Greatest Detective, the master schemer, and much more. Batman is not just a character. It is a symbol of hope, redemption, revival, and perseverance for a lot of kids as well as adults around the globe. Personally, when I would read Batman’s comics in my childhood, I would get this sense of purpose, a sense of belonging. That in this world of whiners and false laughter I -a silent introvert- has got a shot. Not only in comics or movies but in life too, Batman serves as a reminder that there is both dark and light inside us. It is our choice which one we allow to nourish and which one we use in our quest for survival. 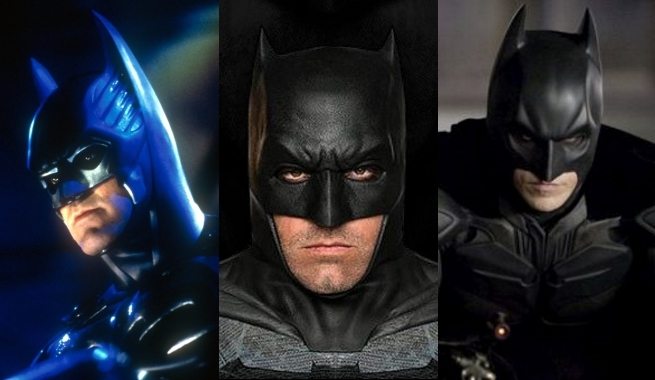 People might say Ben Affleck doesn’t do justice to the character of Batman. In reality, no one actor can display the diverse qualities that Batman possesses at the same time. Whether it be Val Kilmer or Michael Keaton, they end up portraying only a part of his personality. Christian Bale aptly portrayed the never-say-die attitude and the raw genius that the character of Barman possesses. Ben Affleck, on the other hand, personifies the brooding part that exists within him; the dark side which came after the death of Bruce’s parents and never really left. Ben Affleck’s version also shows how ruthless and merciless Batman can be when he wants to achieve something. In his endless trial to achieve harmony and control over his environment, Batman prepares without any halt for anything that could and hence would go wrong. 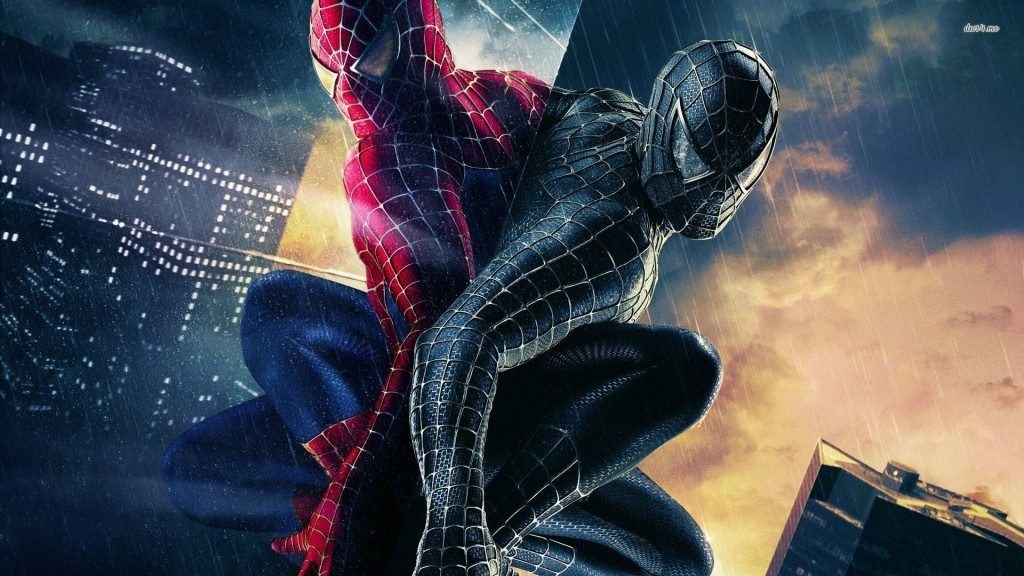 “The web of lies have returned. Watch in our next episode, as your favorite superhero gets away with the murder of his best friend, Mary Jane Watson. Will Spidey ever pay for his crimes?”

Sorry, just checking if you’re paying attention. Unlike Batman, Spider-Man is a symbol of every problem that an average teenager goes through the most challenging years of his childhood. The time when we wish somebody would just explain what we are doing and why we’re doing it. Peter Parker has almost everything that a boy in his position could hope for. He has a caring family, a hot girl who loves him, and a power unprecedented and uncharted. Spider-Man knows pain yes. Not like Batman but pain nonetheless. He lost his parents when he was quite young, and with a genius level intellect struggles to fit in a world which gasps at brilliance but basks in its mediocrity. Afraid that no one might understand him Spidey ventures on a solo mission to invest his powers in helping people less fortunate than him. Make no mistake; Peter Parker is fortunate than most of the people around him. Still, he chooses to live a life of solitude and reckless endangerment, so as to make sure that justice prevails in the face of evil. In this regard, he is quite similar to Batman if you ask me.

A Different Kind of Genius 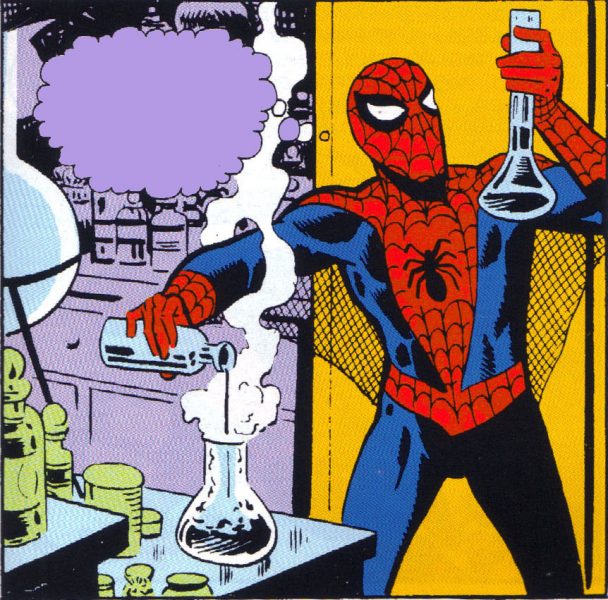 Spider-Man, as mentioned, has a more studious intellect. Peter had been attending a science convention when he was accidentally bitten by a radioactive spider which ultimately gave him all the powers he possesses. From a young age, Peter had been quite interested and apt in scientific experiments, which is proven by the fact that he developed the secret formula for his webbings and designed the web-shooter himself. And all that when he’s just in his teens. How’s that for a first impression? 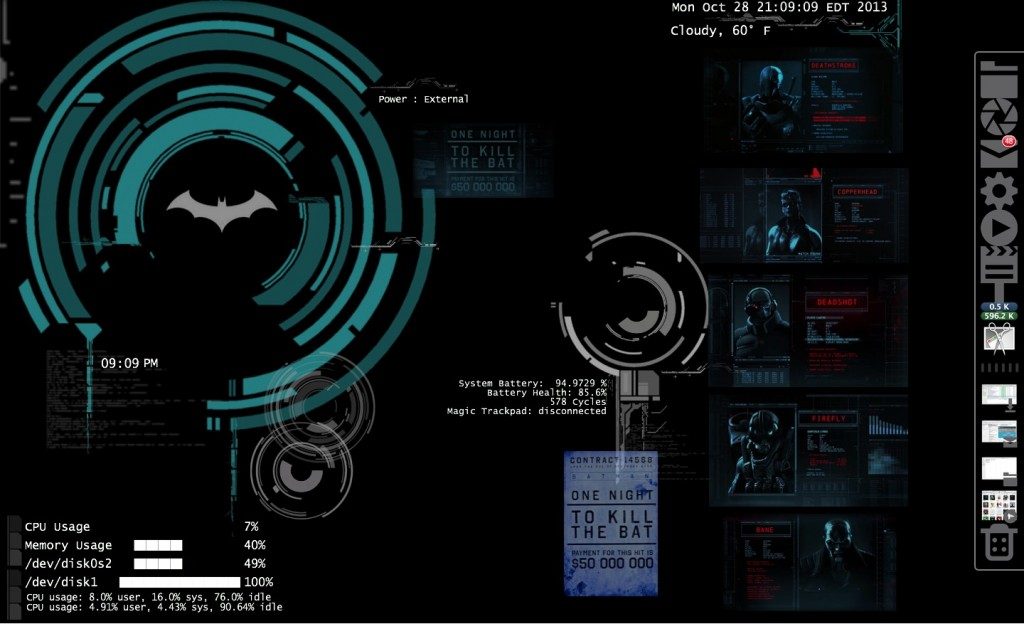 On the other hand, being a polymath, Batman can approach any problem with a unique perspective and solve it in the best possible way. Through the years, Bruce has used his immense wealth and influence to garner a plethora of technologies and weapons that otherwise would be impossible to assemble. And using his knowledge he mends and bends those tools to fit his purpose. After losing his parents, Bruce became lost and went in search of redemption and peace. On the way, he assimilated training in various fighting styles including an extensive tutelage under the great Ra’s Al Ghul and the League of Assassins. Batman studies psychology and is an expert in intimidating people. He plays minds games with his enemies and makes them fear him. He doesn’t just do the hard work; he does the smart work. 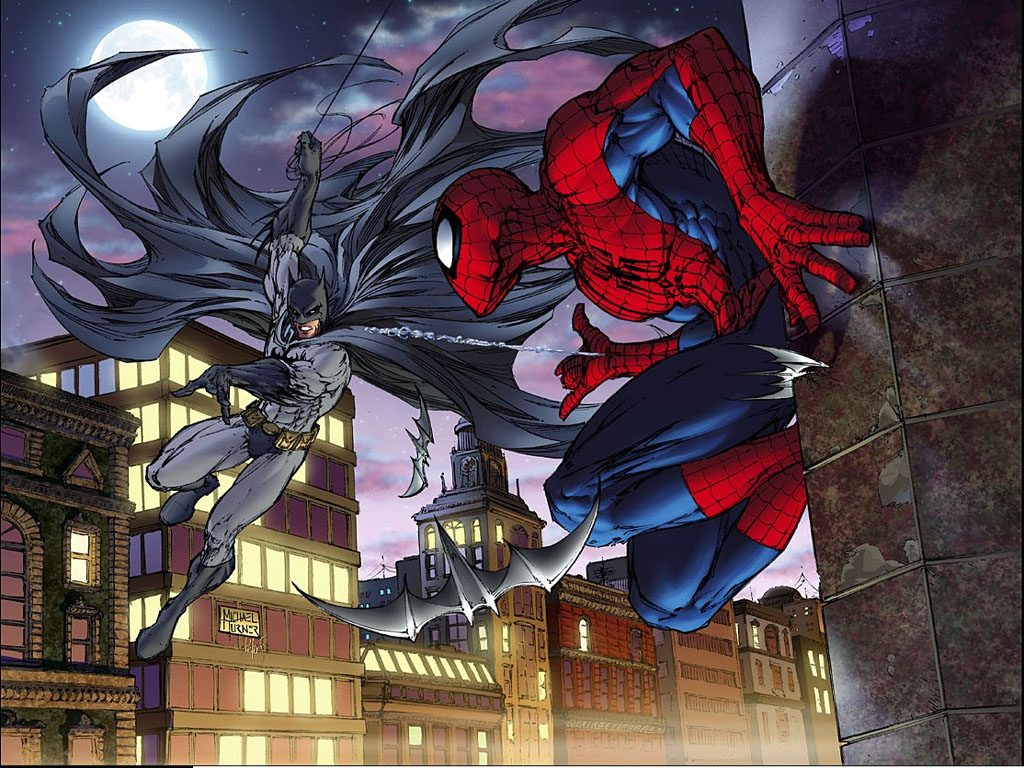 All in all, Peter Parker and Bruce Wayne have a genius level intellect which separates them from the crowd even when they’re not wearing their animal-themed costumes. But is their intelligence similar? Hard to say. One is a scientist expert in Physics, Biology, and Chemistry. And the other is the World’s Greatest Detective. Can’t compare oranges to apples right? So let’s not. Let us call it what it is. It is not a battle of wits. It’s a battle of will.

Battle Of the Century 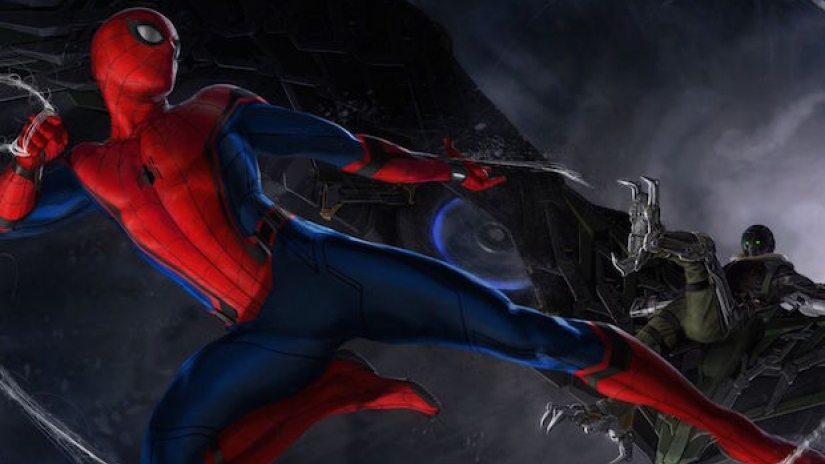 However much the two superheroes are similar, there is a substantial difference which makes them quite different. Batman and Spider-Man may have similar beginnings or vested interest, but their modus operandi is totally conflicting in nature. Where Batman hides behind the shadows making the dark his ally, Spider-man tries to let go of the desolation under a shroud of humor and dark satire. Spider-Man enjoys a good laugh and taunting his enemies in spite of his immense strength and uncharted power. Batman, on the other hand, is almost always serious and dedicated to the work he does. He takes his crime-fighting, research, and detective work so seriously even when he’s not wearing the cape that one might argue Bruce Wayne is the real mask that he dons. And to top all that it is a rare sight to see Batman smiling. Spider-Man is all heart. And Batman is all brain, no emotions. At least not on the surface. 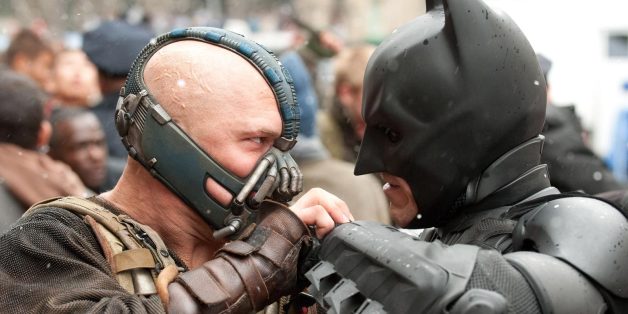 When it comes to fighting style, Spider-Man more often than not comes up with a plan to outsmart his opponent in a skull to skull battle. Spider Man’s is more an improvisational thinker and prefers to think on his feet. But Batman is all about training and planning before the fight even begins. Batman is the one who has got fail safes for every member of the Justice League, in case they lose their way. He once famously came up with carefully planned steps to take down any and every member of the Justice League including himself, should the need arise. Can you top all that? Evidently not. 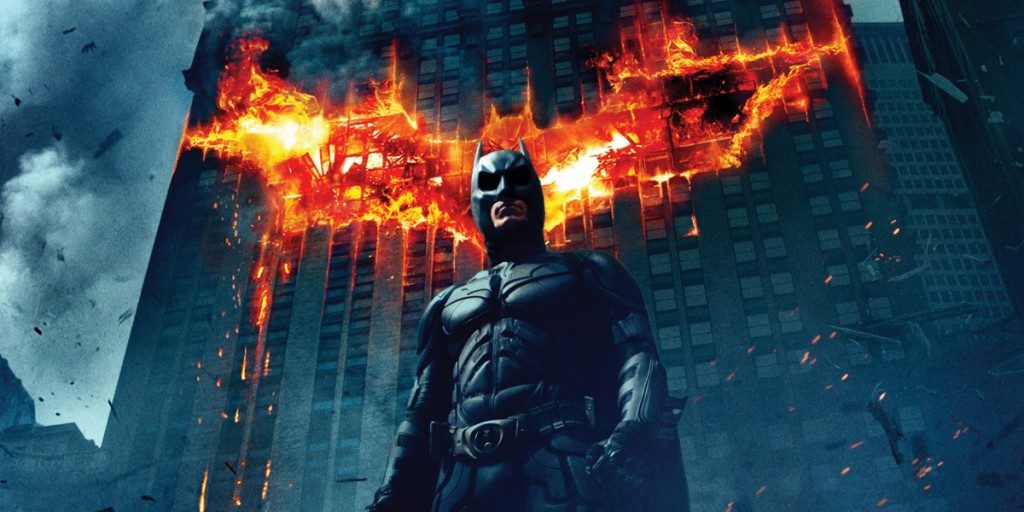 Batman has clearly got the upper hand when it comes to a face to face battle. Spider-Man might have the raw strength, but the Dark Knight will know where his pain points are and what can take him down. If you think about it, it’s not quite difficult to take Spider-Man down, especially for someone like Batman who can anticipate and neutralize any threat coming his way. The sharp strategic mind and the ruthlessness that Batman possesses gives him a tactical advantage which would overpower someone like Spider-Man easily. Don’t get me wrong. Spidey is easily one of the strongest and most popular superheroes ever created. But so is Superman. And Batman has defeated Superman on more than one occasion, sometimes without Kryptonite. A man who can take down a supervillain of galactic levels like Darkseid with little more than a few words can surely take down nerdy Peter Parker any day of the week and twice on Sunday. If you don’t agree, give a call to Batman. He might be able to put some sense into your brain.