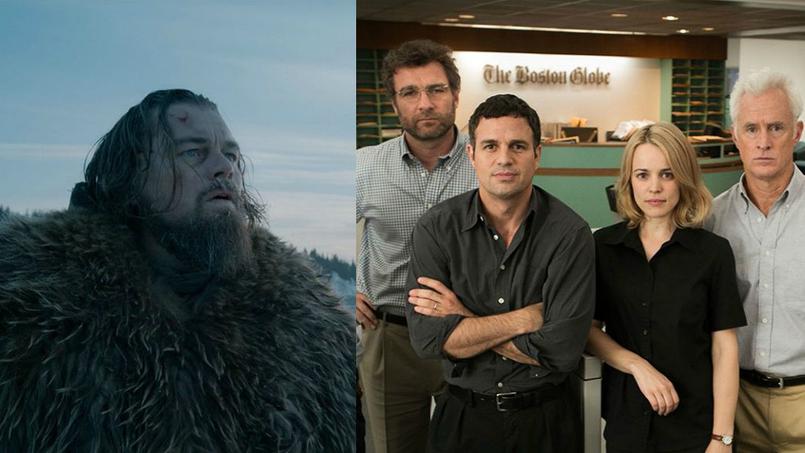 Readers who follow our website know that we were predicting ‘The Revenant’ to win Best Picture (even though, we did mention that ‘Spotlight’ could win). But we were not the only ones predicting The Revenant to win Best Picture. All the leading publications like THR, Vox, NYTimes were predicting the same (A tiny minority like Variety were predicting ‘The Big Short’). As random or guessing-game Oscar predictions might seem, the truth is there is method behind the madness. More often than not, the industry guilds give a good indication as to what’s going to win Best Picture. This, unfortunately, wasn’t one of those years because the three most important guild awards (SAG, DGA, PGA) went to three different films. Still, I was sure the fight was between ‘The Revenant’ and ‘Spotlight’ — and not ‘The Big Short’. Here’s what I had written a couple of weeks back, when Alejandro G. Iñárritu won Directors Guild of America for Best Director:

“Where does that leave us ? Can ‘The Revenant’ win ? To be honest, I don’t know yet. But I do know the Best Picture winner will be between ‘The Revenant’ and ‘Spotlight’. The biggest obstacle against ‘The Revenant’ is Inarritu’s last year’s Oscar win for ‘Birdman’. If he wins Best Picture again this year, he will be the first director ever in Oscars history to win back-to-back Best Picture prizes. Whether the Academy members give this historical achievement any consideration while picking the winner or not, we will have to wait and see.”

In the above quote, lies the first reason why ‘The Revenant’ lost. No director has ever won back-to-back Best Pictures in Oscars history. That’s a big mountain to climb for Iñárritu from the start. Having said that, this wasn’t the only reason why ‘Spotlight’ won over ‘The Revenant’. In fact, this wasn’t even the most important reason. Spotlight’s win came largely because of the voting system that the Academy follows to select Best Picture: The Preferential Balloting (We explain the process here).

It was clear from the get go that if ‘The Revenant’ had to win Best Picture, it would require a lot of No.1 votes — a fact that I had re-iterated several times before. Now, the mistake that I did was that I presumed ‘The Revenant’ would manage to get a lot of No.1 votes, in effect, allowing it to lead ‘Spotlight’ by a large margin at the end of first round of counting. A huge lead would have made it nearly impossible for ‘Spotlight’ to catch up in later rounds when re-distribution of votes happened. Of course, as it turns out, ‘The Revenant’ wasn’t as popular as I had initially thought. Though, I am pretty sure it got the most number of No.1 votes — partly evident from Iñárritu winning Best Director, which is selected using normal balloting. And if you understand preferential balloting, you would know, having most number of No.1 votes doesn’t guarantee a Best Picture win. A film with a higher number of No.2 and No.3 votes can quickly catch up in the subsequent rounds of counting and redistribution. And my guess is, that’s exactly what happened.

‘The Revenant’, in all likelihood, ended round 1 with most number of first-place votes. But, two things it seems like it DIDN’T have : 1. A wide margin of lead over the second-finished film and 2. Enough number of No.2 and No.3 votes.

While most of the people had love/hate relationship with ‘The Revenant’, ‘Spotlight’ was a more universally liked film. Basically, in terms of votes that translates to a lot of No.1 and No.7, No.8 votes for ‘The Revenant’, whereas a lot of No.2, No.3 votes for ‘Spotlight’. And in the end, it seems like, Spotlight benefited hugely from the preferential balloting and trounced ‘The Revenant’ by getting the redistributed votes from the movies that got eliminated (again to understand this process, read this).

Going forward, I will take this year as a huge lesson learnt in terms of Oscar predicting. Unless a movie has extreme passion behind it, usually the more universally well-liked — in other words, the least offending — movie will win the Oscar.

With that said, let me acknowledge the great time I had predicting Oscars for this year. Hopefully, I will have as much fun for the next year as well. I can’t wait !