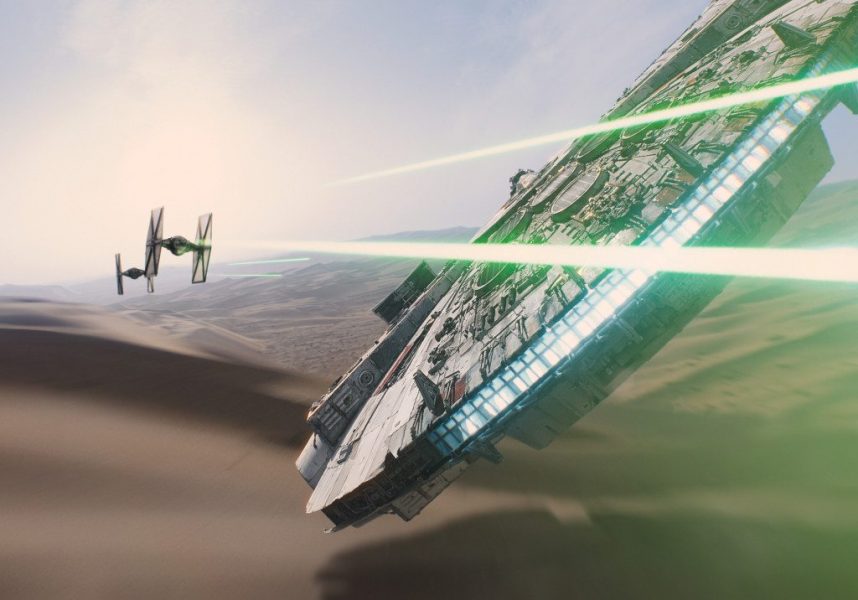 Yes! You read it right. ‘The Force Awakens’ has broken all records and has become biggest opener of all time. With an estimated $238 million in its first three days in US and $279 internationally, TFA has not only broken the previous record set by ‘Jurassic World’ but also broke the record for the largest Friday opening at $120.5 million beating ‘The Hobbit: An Expected Journey’ by a difference of about $36 million.

The film now holds the following US records:

* While TFA screenings began at 12.01AM Thursday in International market and 7 PM on Thursday in US, Harry Potter and the Deathly Hallows – Part 2 record included midnight only screenings.
** Holiday is defined as the first Friday in November through New Year’s week or weekend.
Source: Box Office Mojo

Sadly, it fell short of breaking the Saturday and Sunday sales record there are a lot of record the movie can still break like the fastest $300M, $500M etc. and the highest domestic grossing currently held by ‘Avatar’ in the US market.

Though, Internationally ‘The Force Awakens’ fell short of ‘Jurassic World’s’ international opening weekend record ($316.1 million) as well as its global opening record of $524.9 million but I am estimating that the final numbers are still to come in and this record can be broken.

The big thing to note here is that the movie is yet to open in big markets like China and India. Disney has done a huge marketing push in China and the movie’s India release was delayed due to release of two very big Bollywood movies Dilwale starring Shahrukh Khan and Bajirao-Mastani.

It is exciting to see what will be the final figure of ‘The Force Awakens’. I am estimating it to be around $1.3-1.4 Billion, considering all digital, DVD and Blu-ray rights.

What do you think?