Who is Steven Rinella Married To? Does He Have Kids? 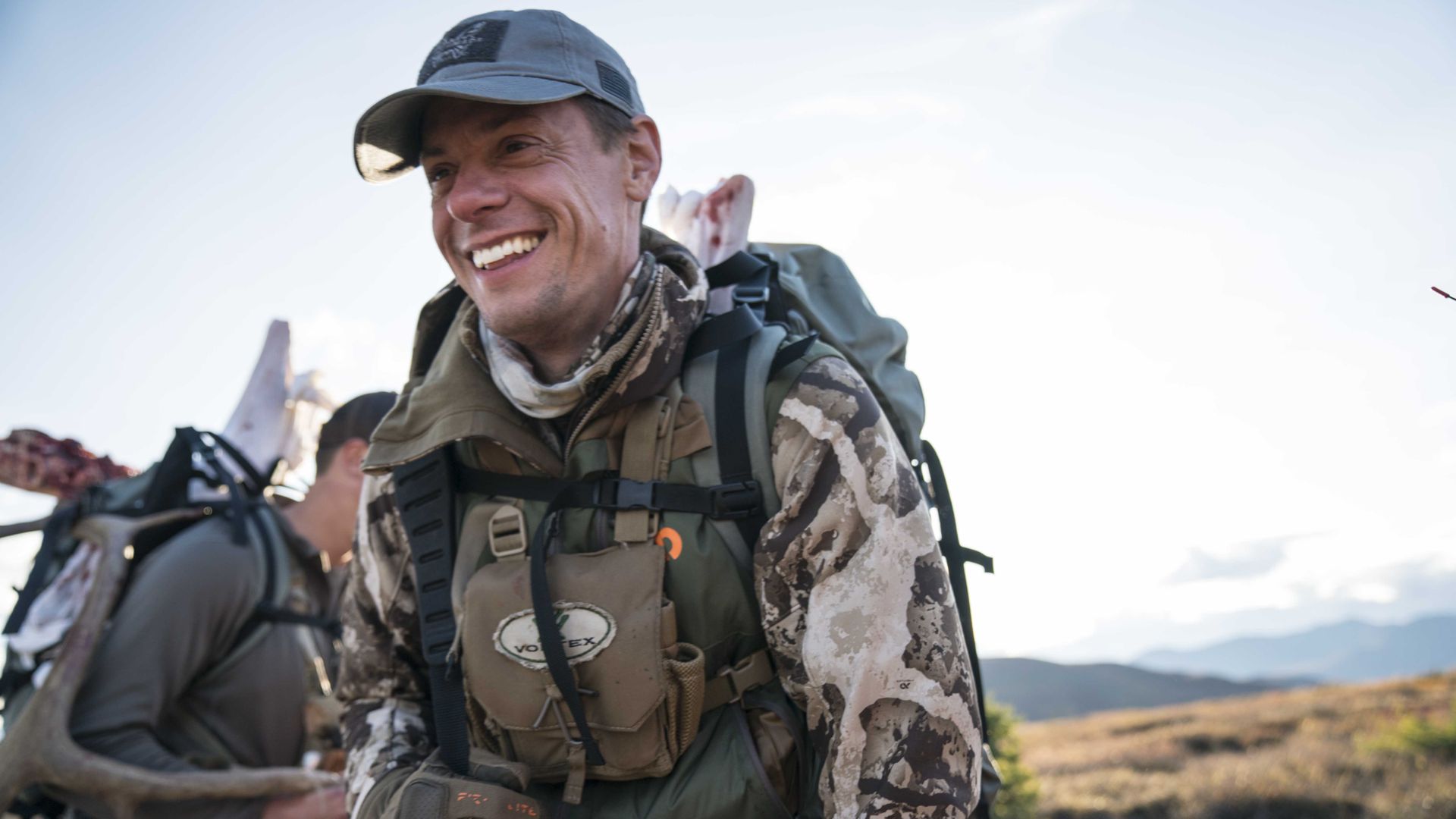 Steven Rinella is a well-known hunter, author, wildlife conservationist, and a reality TV star. He is best known as the adventurous outdoorsman on Netflix’s ‘MeatEater’ who hunts, skins, and slices up wild game so good while also showing us simple recipes to cook meat. Steven Rinella is majorly responsible for bringing the fishing and hunting lifestyle to mainstream entertainment with his long-running Netflix show. ‘MeatEater’ has been a huge hit with adventure junkies, nature enthusiasts, and meat lovers, ever since its inception in 2012.

Of course, the series (and Rinella) gets a lot of flack for hunting animals. But as a conservationist and hunter, Steven advocates that he is a protector of the wild and has done more than most people to conserve species that are on the brink of extinction. If you want to know more about this modern-day hunter-gatherer and his family, we’ve got you covered

Steven Rinella Nationality: Where is He From?

Steven was born in February 1974 in Twin Lake, Michigan. His parents are Rosemary Johnson and the late Frank J. Rinella. He was raised on outdoor adventures, growing up with two older brothers (Daniel and Matthew). Their father taught them how to hunt and fish from a very young age.

Apparently, Steven was only three years old when he learned to fish. After his father passed away, his mother married his stepdad, Paul R. Johnson. Steven graduated from Grand Valley State University in Allendale, Michigan, and received a Master of Fine Arts in creative writing from the University of Montana.

As a young man, Steven believed he had a type. He thought he could only like outdoorsy, nature-loving, hunting rifle-wielding girls whose interests were identical to his. He spent years of his youth in pursuit of such a girl, but when he couldn’t find a suitable partner, Steven started changing his girlfriends to fit his mold. While initially curious about his nomadic lifestyle, the string of early girlfriends would soon lose interest in hiking a long way just to hear coyotes howling in the night.
When he had all but given up on true love, cupid struck.

When Steven published his first book, ‘The Complete Guide to Hunting, Butchering, and Cooking Wild Game,’ he met the new Director of Publicity at his publisher’s firm, Catherine ‘Katie’ Finch, in New York. From the moment he set eyes on her, he knew she was special. Katie claims that her only impression of him in that first meeting was that he had brusque mannerisms. Soon after, faster than he realized, Steven had fallen for a woman very much his opposite – a Jimmy Choo-wearing New York City gal.

The seemingly star-crossed couple somehow made it work, even getting an apartment together in Brooklyn and shuffling between there and Steven’s remote cabin in Alaska. Katie accepted Steven’s lifestyle without changing her own, and she made him feel secure enough to go do his own thing in the wild whenever he needed to. And that’s why he decided to marry someone so different from him. Steven and Katie tied the knot on July 12, 2008, in Fennville, Michigan.

Steven and Katie are parents to three kids – two boys and a girl. As his father taught him, Steven has taught his kids how to hunt and fish from a pretty young age. Steven and Katie like to keep their kids away from the public eye, and therefore, not much is known about the kids. Even in his social media photos, Steven always makes sure that his kids’ faces are turned away or hidden (often behind the large game they’d helped their father hunt).

Read More: Where Is MeatEater Filmed?