Streets of Rage 4: Everything We Know 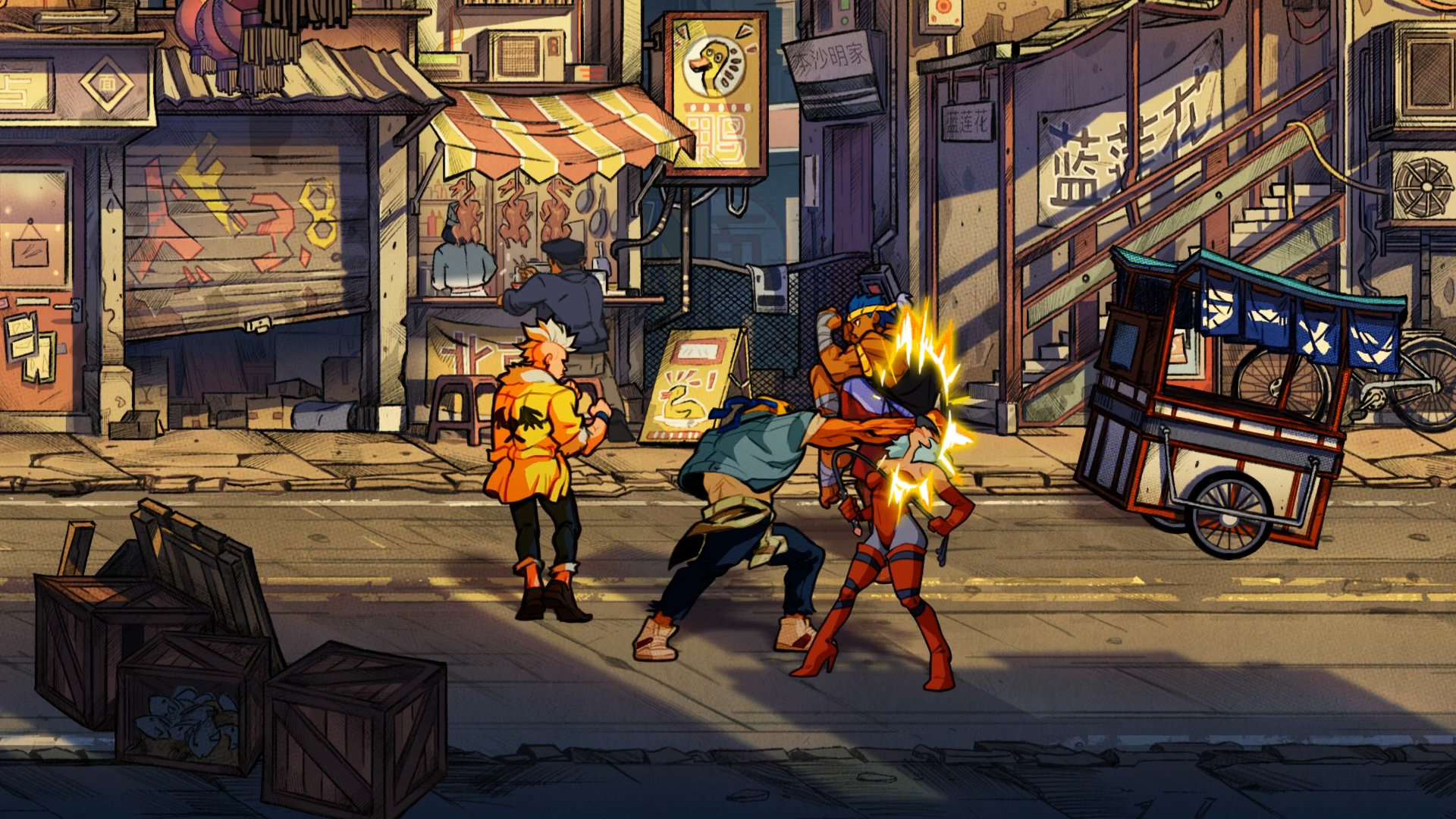 The ‘Streets of Rage’ franchise saw a flurry of releases starting from 1991 to 1994 for the Sega Mega Drive/Genesis that were loved by many for their unique visual style and classic brawler gameplay. However, the beat ‘em up genre has seen a stark decline in popularity since the early to mid 1990s and the announcement of a ‘Streets of Rage 4’ video game in 2018 came as something of a surprise to many, who were left asking the question – What can we expect from ‘Streets of Rage 4’? Read on to find out everything we know.

The first game in the series was 1991’s ‘Streets of Rage’ follows three ex-police officers Adam Hunter, Axel Stone and Blaze Fielding in their quest to rid their city of a crime Syndicate and its enigmatic leader Mr. X. Adam is an expert boxer, Axel is a proficient martial artist while Blaze is the Judo master. The game featured two possible endings, one in which you could become the new head of the crime Syndicate yourself.

‘Streets of Rage’ is a side scrolling beat ‘em up video game presented from a 2D perspective. The player moves along a mostly linear path from left to right across the screen, engaging with multiple enemies along the way to progress to the next level. Each level concludes with a signature boss fight. The combat primarily consists of melee attacks supplemented by various deadly items you can pick up including knives, bottles, drainpipes, etc. You also get a Special attack every level.

The sequel ‘Streets of Rage 2’ arrived barely a year later after the first game. The nefarious Mr. X and his criminal syndicate are back, and this time they kidnap Adam Hunter too. Axel Stone, now a part-time bodyguard, and Blaze Fielding, part-time dance teacher, get back together to beat back Mr. X’s thugs and rescue Adam. They are joined by Adam’s younger brother Eddie “Skate” Hunter and Adam and Axel’s old friend Max Thunder, a professional wrestler.

The band of heroes travel all the way to Mr. X’s hideout in a deserted island, where they face up against his bodyguard Shiva. ‘Streets of Rage 2’ introduced the Blitz Attack for the first time in the series. It also featured the local competitive multiplayer Duel mode.

The third game in the series titled ‘Streets of Rage 3’ came out not much later in 1994. Mr. X is back again, this time under cover of his new research company RoboCy Corporation. He enlists the help of Robotics expert Dr. Dahm to create an army of realistic robots to take over the city by replacing key authority figures.

The original trio of Blaze Fielding, Axel Stone and Adam Hunter reunite to take down Mr. X’s crime Syndicate once and for all. Adam’s younger brother, Eddie “Skate” Hunter also makes his return. The game introduces a new character to the roster -Dr. Zan, who can turn any weapons he picks up into a ball of energy. Depending on the difficulty level you play at and the time taken to beat certain levels, ‘Streets of Rage 3’ features four distinct endings.

What Can We Expect From Streets of Rage 4?

After over 25 years since the last game in the franchise, it appears that ‘Streets of Rage 4’ is finally about to become a reality. Naturally, given how much time has passed, the new game is likely to feature a whole bunch of new features and mechanics. The most immediately noticeable changes are visual; ‘Streets of Rage 4’ features a resplendent hand drawn, Saturday morning cartoon like art style that is a delight to behold. The all new animations combined with a much higher framerate gives it a level of responsiveness and clarity unmatched by any other game in the franchise. The level backgrounds are also more dynamic this time around, with buzzing flies and falling cherry blossoms.

The Steam page for the game describes it as follows: “An iconic series like Streets of Rage got its iconic characters: Axel, Blaze and other veterans reunited to clean up the streets. With some brand-new moves and kickass tracks to take a listen, our heroes are ready to dish out beatdowns to a fledgling group of ill-advised criminals in full force.”

The combat controls are very reminiscent of the older games, with a basic attack button, a jump button and a third Special attack button. The Specials now use up a certain amount of your health every time you use them. Health is also replenishable now by performing a chain of uninterrupted follow-up attacks after a landing a successful Special. The all new environmental hazards add yet another dimension to the combat system including electricity, acid and fire.

Streets of Rage 4 Developers: Who Are The People Behind It?

‘Streets of Rage 4’ is a collaboration project between three video game developers – Paris based developer Lizardcube is creating the artwork, Guard Crush Games is responsible for the programming, while Dotemu is aiding in game design and publishing.

The music and soundtrack are provided by a star-studded cast consisting of Motohiro Kawashima and Yuzo Koshiro among others. Both Kawashima and Koshiro worked on the soundtrack of the original game, and are legendary for their contribution to chiptune and video game music over the decades. They are joined by ‘Jet Set Radio’ composer Hideki Naganuma, Keji Yamagishi (best known for composing the ‘Ninja Gaiden’ soundtrack) and Yoko Shimomura, who is famed for her work on the ‘Kingdom Hearts’ series and ‘Legend of Mana’.

Streets of Rage 4 Release Date: When And Where Can I Play It?

‘Streets of Rage 4’ was initially announced in August of 2018 and is widely expected to release sometime in 2020. It will be available to play on PC, PlayStation 4, Xbox One and the Nintendo Switch.

You can watch the reveal trailer for ‘Streets of Rage 4’ right here: