Where is Sugar Rush Christmas Filmed? 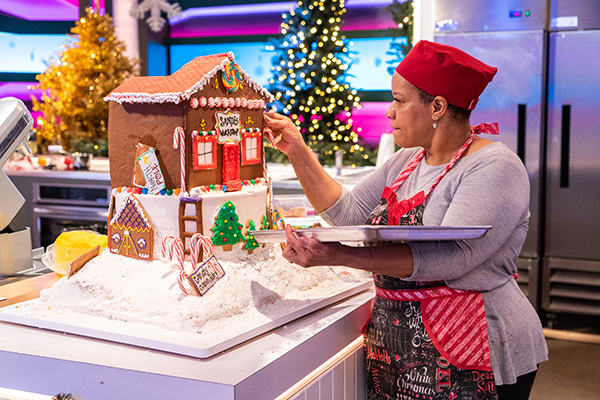 Netflix’s ‘Sugar Rush Christmas’ is the holiday-special edition of the ‘Sugar Rush’ franchise – where four teams of expert bakers participate in three timebound challenges and battle it out to make it to the top. The winner takes home a cash prize of $10,000. The Christmas iteration also follows the same format as the original show, with the only difference being in the challenges, which are festival-themed.

Featuring sweet nothings, an energetic host (Hunter March), and two super-talented judges (Candace Nelson and Adriano Zumbo), this feel-good baking competition is an apt leisurely watch to enhance the holiday spirit. That being said, if you have already binged the show, you might have noticed that ‘Sugar Rush Christmas’ showcases an equally colorful set – to match the festive occasion. That brings us to the question: where is the show filmed? Which production team is behind it? Let’s dive right into the details.

‘Sugar Rush Christmas’ is helmed by Magical Elves as the production company. Like most other shows produced by them, even this Netflix original is filmed in Hollywood, Los Angeles. The lavish set is located at Sunset Bronson Studio – where a majority of Netflix reality TV content is created. To cater to the Christmas spirit, the studio for ‘Sugar Rush Christmas’ is decked with all sorts of festive souvenirs. 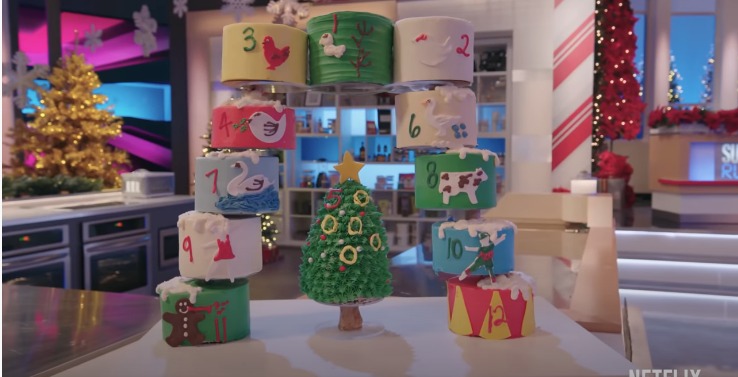 The extravagant set is segmented into four sprawling tables for the bakers to have ample space while curating delicious desserts. There is an additional judges’ table as well. What’s more? The fully equipped kitchen has an unending supply of goodies. After all, since the bakers work within time limits, all the ingredients have to be handy! In fact, almost all of the sets in Los Angeles can be customized to meet the requirements of the shows that are filmed in the city. 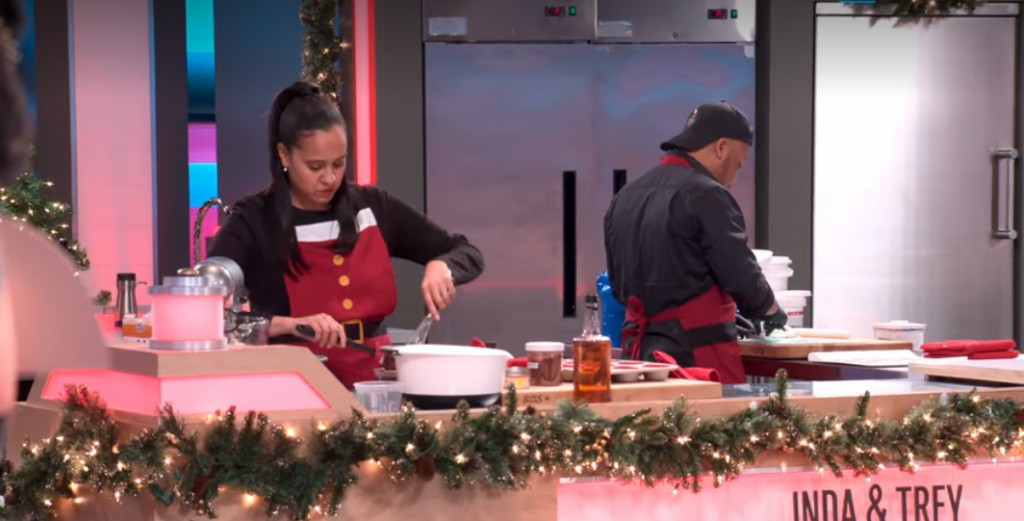 Therefore, LA was the no-brainer choice for Magical Elves since they needed a studio with glamorous production designs to film the reality show. As for Magical Elves, they are one of the leading producers of award-winning, non-fiction content. They are known for superhits like Bravo’s Emmy Award-winning reality series, ‘Top Chef,’ as well as ‘Top Chef: Last Chance Kitchen.’ They are also the team behind the Peabody Award-winning show, ‘Project Runway.’ One of their fan-favorite baking competitions on Netflix is the ‘Nailed It!’ franchise, which has spawned multiple spin-offs to date.

Read More: Where is Nailed It! Mexico Filmed?