Sundance Review: When You Finish Saving the World is a Sequential Takedown of White-Privilege 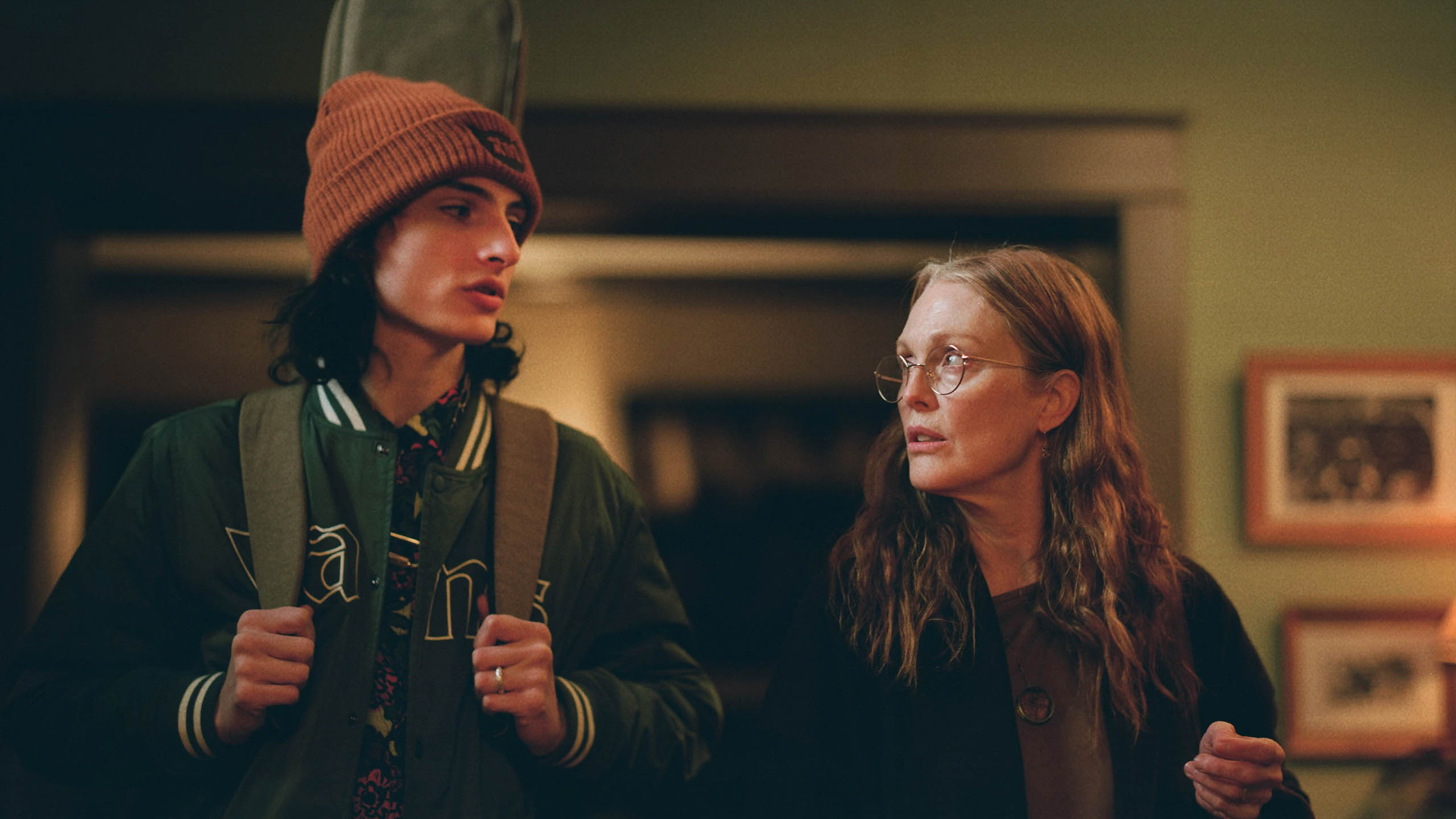 Sundance is like a second home for Jesse Eisenberg. Two of his most acclaimed indie-hits as an actor The Squid and the Whale (2005) and The Double (2013) premiered at the festival and are still considered some of the most interesting independent films in the past decade. So, it is only obvious to have his filmmaking debut at the festival with a rather understated, and anxious look at white privilege and the desperation to be liked. When You Finish Saving the World is essentially a tale about a mother and son who are failing to understand the void they are feeling, while also trying to make sense of what meaning it holds in the grandness of things.

Starring Julianne Moore as Evelyn and Finn Wolfhard as Ziggy (Wolfhard also voiced Eisenberg’s audible that the film is adapted from), the film opens in a domestic abuse shelter that is run by Evelyn. From the opening itself, we see a very layered approach to Moore’s character. She is obviously a very successful and intelligent woman, but when she ‘congratulates’ a coworker on her birthday instead of wishing her, we understand that she is one of those people who don’t know how to articulate what they are feeling.

Back home, her son Ziggy is one of those internet-obsessed, over-styled rich American kids who believe that fame is everything in life. He is trying to be a folk-singer for the modern age, and basically live-streams self-realized ramblings to his ‘20000+ followers’ that he is extremely proud of, and boasts about every chance he gets. At school, he crushes over a girl who is into politics. And while he doesn’t know jack shit about it, he often barges in with little to no response.

The father is left out of focus mostly, but when he is on screen, he is either too self-absorbed or too uneager to engage with either his son or his wife. His feelings are reciprocated in a household that basically defines textbook narcissism. The mother wants Ziggy to be a son who occasionally helps around with the basic repair work at the shelter, while the son wants Evelyn to ‘give him a shortcut’ into understanding politics, intellectual revolutionary zings, and why his singing to his Asian followers isn’t good enough for this girl to like him.

The conflicts mostly arise when a mother-son duo who are survivors of domestic abuse, arrive at the shelter. Evelyn, who fails to acknowledge her own son for what he is, sort of falls hard (in a son-crush kind of way) for the woman’s son. The void she has been feeling in her life slowly starts to fill up, as this new kid is just the kind of ideal son she wants to be around. However, without her realizing its consequences, she is only aggravating the problems even further.

When You Finish Saving the World stems out of this conflict. At its surface it’s the tale of a mother and son – both discreetly good at their own work, failing to accept who the other person is. Evelyn likes classical music and thinks Ziggy’s songs are too lovey-dovey for her taste. Ziggy wants his mom to be supportive and understanding, but for him, her work is not internet-friendly. Basically, this is a film about the shallow mindset of a rich, American household that has a faux and opaque worldview.

In a sequential takedown of white privilege, Jesse Eisenberg uses his visibly anxious energy to squash into the dysfunctionality at the center of this family that basically avoids everything until it all becomes baggage that they can’t handle anymore. Also, at its core, it is a coming-of-age tale where acceptance becomes supreme. Additionally, it is about a mother who wants to shoulder her own disappointments onto her son but is not able to understand why he did not turn the way she wanted him to.

As far as Eisenberg’s writing and directing are concerned, he chooses a very simplistic visual pursuit here. There are no flashy camera movements, no trick framing, and no intense cuts to replicate the anxiety-ridden energy that he himself carries. Instead, he puts his focus on writing these sort of unlikeable characters who are pretty complex in their own accord. Taking some really lofty themes within its folds, When You Finish Saving the World is ‘lift’ as hell, and while it may take a week or so for those affirmations to take over you, it will leave you having experienced something truly unique.