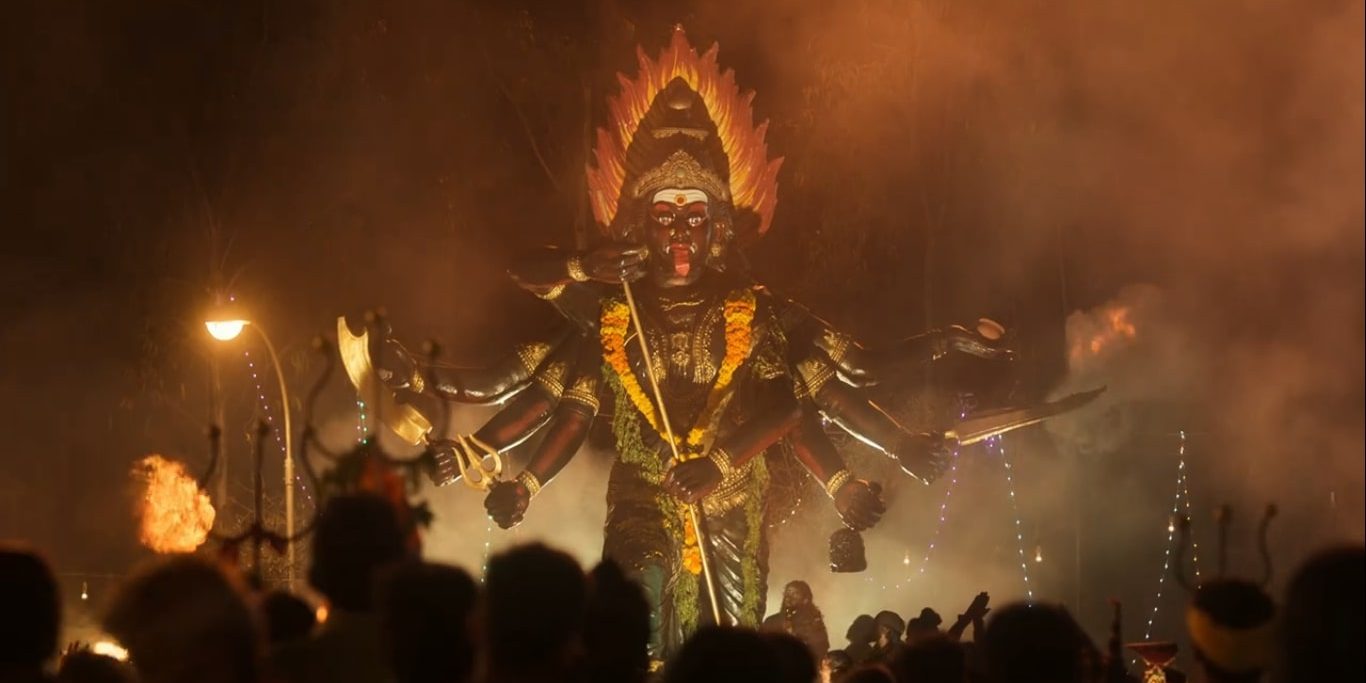 Developed for Prime Video by Pushkar–Gayathri, ‘Suzhal the Vortex’ is a gripping Tamil-original thriller series that always keeps the viewers on their toes. In a cement factory, the police unleash hell on the protesting workers at the sleight of hand of Mr. Trilok. As the narrative gets lost in a vortex of lies and digression, a whodunit brews in the small fictional town of Sambaloor. Meanwhile, some more secrets are waiting to come out in the open. The finale does justice to the flabbergasting and convoluted mystery as it draws a parallel to the end of the festivities of Mayana Kollai. If you are willing to dissect the ending further, let us head to the bottom of the lake. SPOILERS AHEAD.

In the inaugural scene, the workers are protesting in a cement factory, which makes up for most of the business of Sambaloor. They threaten Mr. Trilok, the owner of the factory, with arson. Per the orders of Mr. Trilok, the police unleash brutality on the workers. Deputy Inspector Regina Thomas Vadivelu and Inspector Sakkarai lead the suppression effort. After a good beating, Shanmugan, the workers’ union leader, returns home to find that his younger daughter, Nila, has flunked most subjects in her board exams, including Tamil. Shanmugan blames it on the music and dancing, while Nila gets a beating. 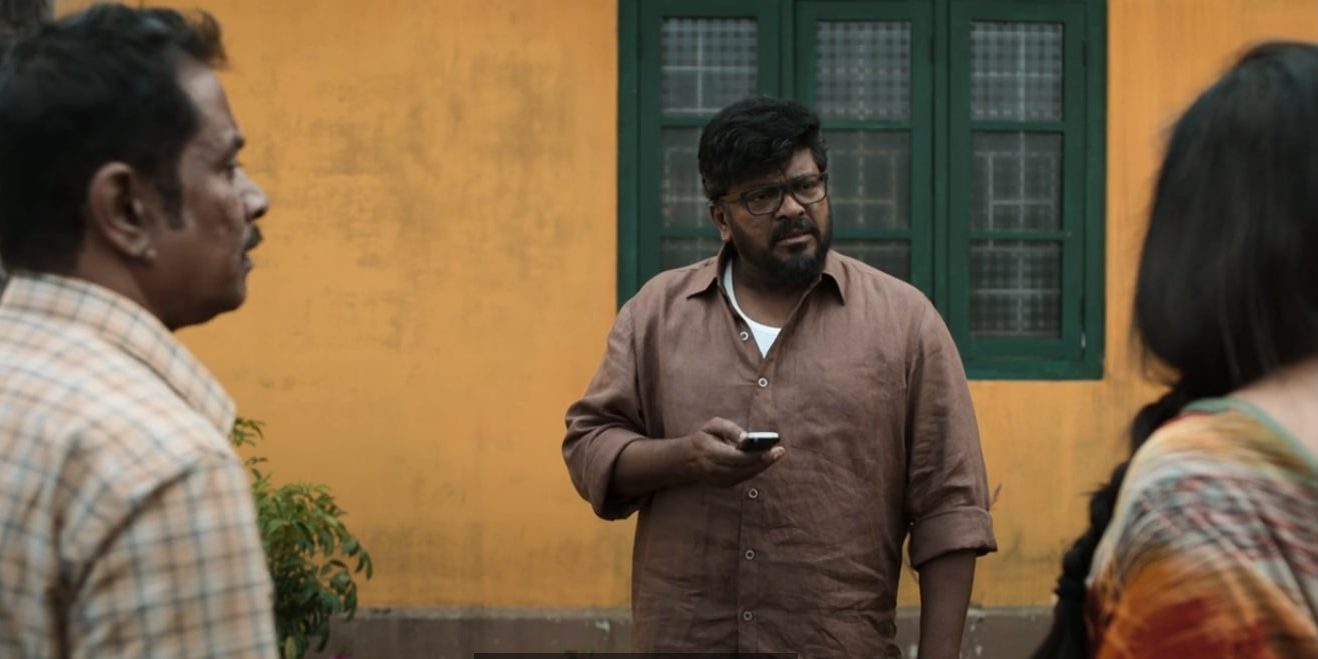 Meanwhile, Sakkarai is getting married to a doe-eyed nurse named Lakshmmi, and the town is celebrating. Leading the celebration are Regina’s son Adhisayam and his friends. In the evening, Regina, Sakkarai, and Sundaram sample the bribed alcohol from Mr. Trilok. After drinking too much, Regina is not in a state to walk, but her son Adhisayam helps her reach the doors. On returning from Regina’s dropping off, Sakkarai sees the burning factory. Shanmugan is the first to arrive, and he shows bravery by rescuing the gatekeeper from burning debris. Then, the tank bursts, and the impact throws people off their feet. Medical teams and fire brigades bring the fire under control, but the event causes a ripple through people’s lives in a small town where everyone knows everyone.

The following morning, Shanmugan realizes his daughter, Nila, is missing. His wife, Devi, returns from her ashrama life. Nandini, his elder daughter, also returns from Coimbatore. Meanwhile, based on suspicion of Mr. Trilok, the police arrest Shanmugan, but they do not have much evidence to bind him to the case. When Nandini makes a stir at the police station, they must let Shanmugan go. The police initially think Nila has fled the town, but reviewing security footage reveals a discovery. Sakkarai sees a van abducting Nila at around 10:28. Near the place of abduction is the house of the village councilor, who seems hostile at the outset. Nila’s best friend, Malar, happens to be the councilor’s daughter.

The investigation begins at the coaching center of nervous teacher Pushparaj. The teacher leads Sakkarai to a pack of punk kids, discussing a mysterious creep who followed Nila. Shortly after Sakkarai goes to the house for investigation, the village councilor takes his son and daughter elsewhere. Sakkarai follows with his bike, and Sundaram trails with Nandini on her scooter. They manage to stop the car, and Malar cryingly acknowledges that the creep who followed Nila was Adhisayam, Regina’s son. It becomes apparent that Adhisayam kidnapped Nila.

Regina is unsettled to know of the secret. After a moment of indecision, Sakkarai and Nandini separately head to Munnar to hunt down Adhisayam. While the inspector’s son is not there, he has left his phone. From Mani and other friends of Adhisayam, Sakkarai and Nandini get to know that Adhisayam and Nila were in love. Since their families were at loggerheads, Adhisayam acted like a creep to keep the relationship low-key. While Mani and others say that Adhisayam and Nila headed towards Mumbai, further investigation suggests that they booked a ticket for Guwahati. However, Nandini learns from the ticket examiner that nobody boarded the train on that day, apart from an elderly couple.

Then, the police discover the bodies of Nila and Adhisayam in the lake by the town. Although the forensic team initially suspects suicide, cleaning up the bodies reveals that their throats are cut with a sharp object. The tragic love story turns into a murder mystery, while a pregnancy kit from Nila’s purse divulges that she was pregnant. The police later arrive at the conclusion that the child is not Adhisayam’s, which indicates Nila was subjected to sexual abuse. On that day, Adhisayam and Nila went to Eswaran with two lakhs, asking him to commit a murder. But what went down after?

Suzhal the Vortex Ending: Who Killed Adhisayam and Nila?

After much probing, Sakkarai learns that Nila had a sexual abuser who was torturing Nila for quite a few months. Nila and Adhisayam went to confront the guy who killed them in cold blood. The enigma of Mr. Trilok grabs the attention of Sakkarai. He is perhaps a bit too close to the girls of his kho-kho team. He treats them with ice creams and candies, and according to Malar, some girls even have crushes on Trilok. Sakkarai presents his theory to Regina and Shanmugan decides to take the law into their hands. On cue, Sakkarai learns from the eunuch that Trilok is gay. 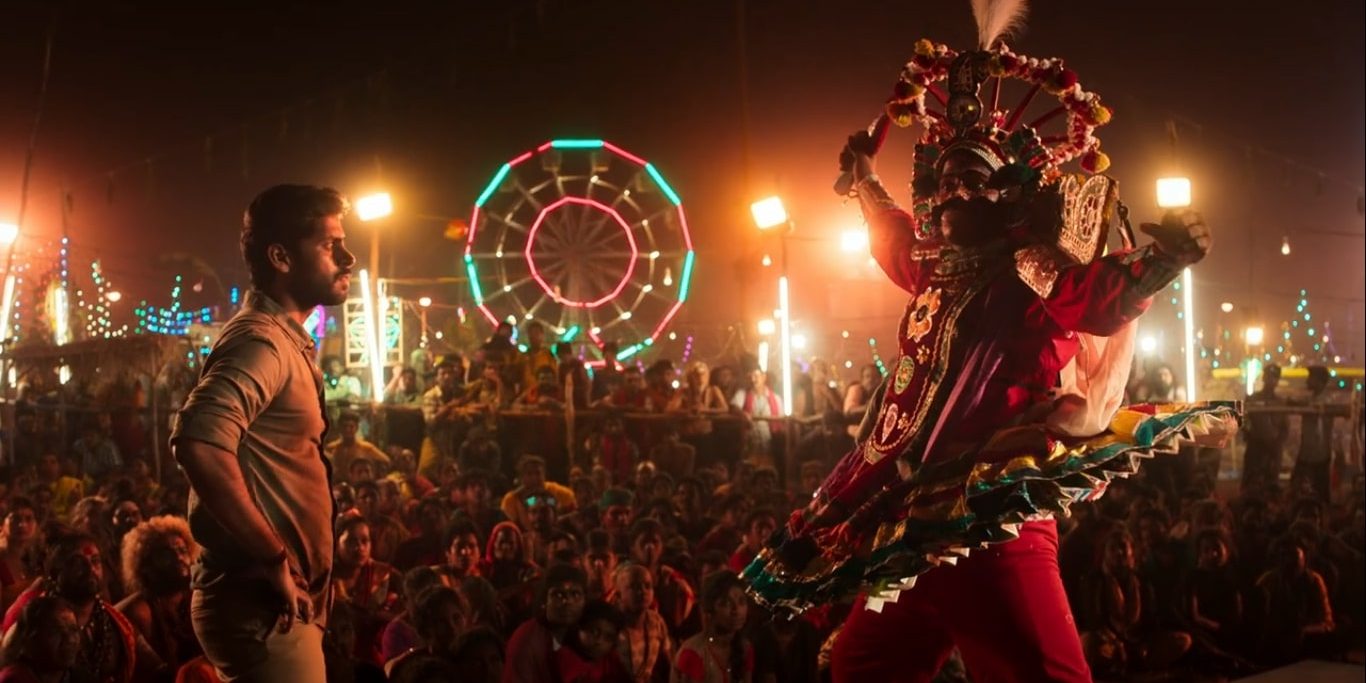 Sakkarai can only intervene moments before Regina and Shanmugan are about to burn Trilok alive. However, after the beating, Trilok heads to a hospital, while Regina and Shanmugan surrender to the DSP for their heinous act. Diverting our attention, you may remember how Nandini used to have these panic attacks while at home. While she rarely has these in Coimbatore, she passes out twice after learning about Nila’s plight. The psychiatrist comes from Coimbatore to divulge that Nandini was also prey to sexual abuse, possibly in the hands of the same person who made Nila pregnant. Let that sink in.

As the title card suggests, towards the end, children are exposed to the threat of sexual abuse the most from people they trust and respect, possibly people in the family. Ultimately, Sakkarai discerns that it is Guna, heading to the cliff of Adhisayam and Nila’s fall. He reaches there to see Nandini confronting Guna. There are some red flags about Guna’s character – like the fact that he is not bothered about his wife’s extramarital affair. In the end, Nandini and Guna go head to head, like the Devi (goddess) and the asura (demon). Sakkarai holds the monster face-down on the ground, and Nandini puts quite a few bullets into Guna. In the end, Nandini assails Guna, fulfilling the myth, and the Devi becomes calm again.

What Is the Timeline of Adhisayam and Nila’s Murder?

Wait, but are we not forgetting something? There seems to be a plot hole that does not add up. The final episode suggests that the murder occurred on the arson’s day, and the timeline gets messed up. On the same day, a red van abducts Nila at around 10:18 at night. If they discovered the van from Munnar, how were Nila and Adhisayam present on the cliff later that night? This can only mean one thing – they did not go to Munnar. They instead headed to Pushparaj, blackmailing him for 2 lakh rupees. With the money, they went to Eswaran, asking him to kill a person. Eswaran disagrees, and the plan starts going awry. Later that night, Adhisayam and Nila have to catch a train to Guwahati, but that does not happen, courtesy to Guna.

Who Burned the Factory? What does Kothandaraman Find in His Investigation? 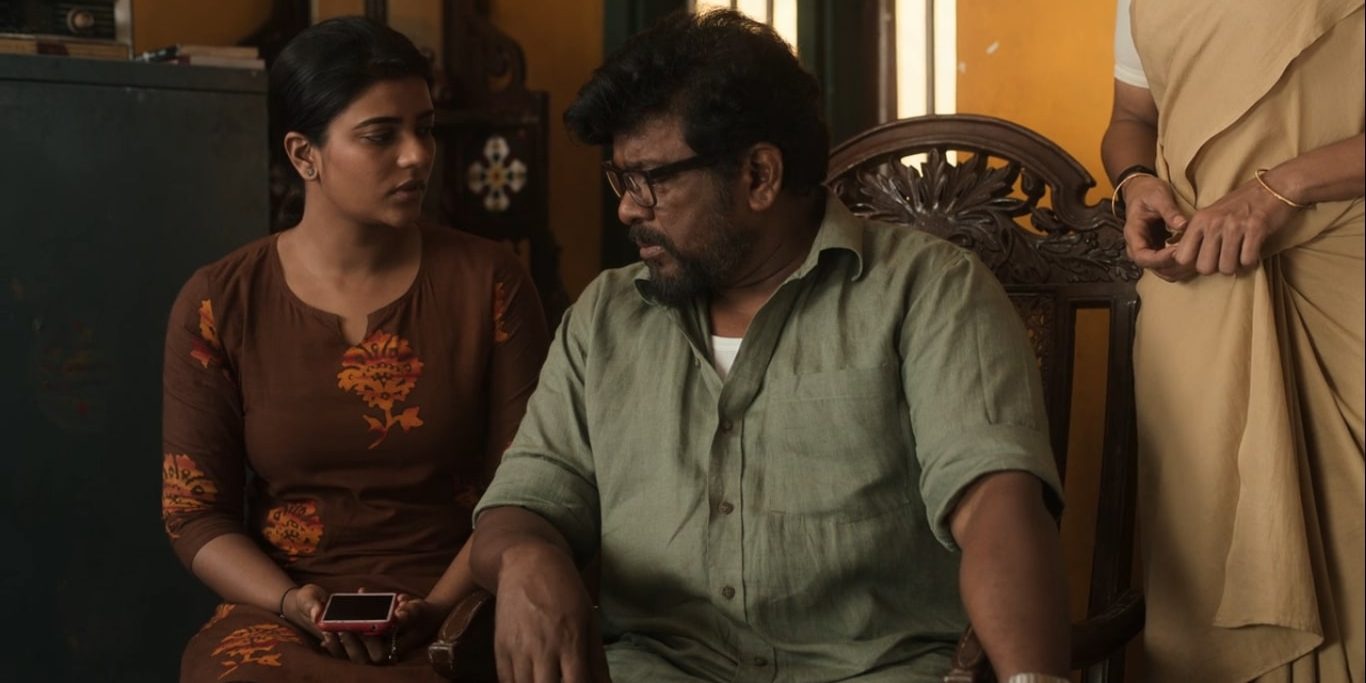 In a parallel plot, the insurance company snoop Kothandaraman investigates the arson case that spectacularly begins the thriller. At the end of his investigation, Kothandaraman uncovers pertinent truth and even Mukesh Vadde acknowledges how sharp he is. At first glance, it seems that Trilok burned down his factory to blame Shanmugan. Kothandaraman also weighs the possibility that it was an accident stemming from a maintenance failure. However, he learns that the company has been running on significant losses.

After Trilok came on board, the cement business saw a downfall. Therefore, there was no way to keep the company running without incurring a significant loss. Shanmugan, Regina, and Mukesh decided to burn down the factory. Regina sourced the paint thinner while Shanmugan did the deed. This way, they can squeeze the insurance money and feed the workers for a year after the factory goes defunct. However, Kothandaraman keeps the report short and simple without identifying the perpetrators.