Is Sweet Magnolias Based on a True Story? 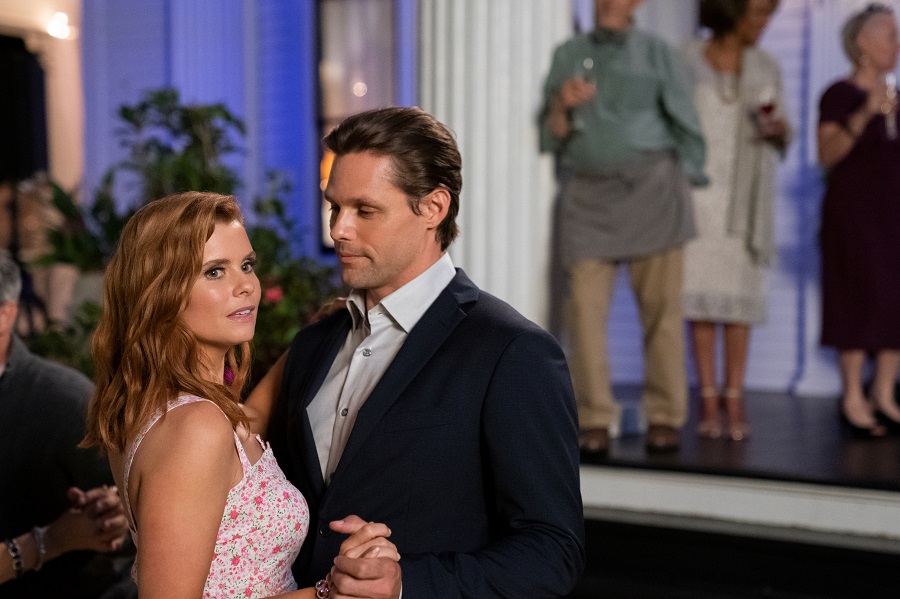 Netflix’s ‘Sweet Magnolias’ is the story of family and friendship. At the center of it is a trio of women, all of whom are going through various challenges in their lives. Maddie is going through a messy divorce that is affecting the lives of her children. Dana Sue has been through a rocky marriage and is focusing on her restaurant. Helen has a successful career, but now she wants something more from life. Despite being a simple and sweet show, ‘Sweet Magnolias’ stays close to the everyday problems of people’s lives. What provides it with this relatability factor? What is it based on? Here’s the answer.

Is Sweet Magnolias Based on A True Story?

No, ‘Sweet Magnolias’ is not based on a true story. In fact, it is based on the novel of the same name by Sherryl Woods, with a total of eleven books in the series. The author of more than 100 novels, which include both romance and mystery, Woods had started out as a journalist and a TV critic, which eventually led her to write novels. Another of Woods’s book series to receive a television adaptation is ‘Chesapeake Shores’.

The first thing that strikes us about ‘Sweet Magnolias’ is the connectedness of the town. Serenity is the place where everyone knows everyone, and this often influences the actions of the characters. Serenity is not a real place, but it is inspired by the places that Woods has called home.

A lot of her fictional towns are based on Colonial Beach, Virginia, where she grew up. The locations are also influenced by Charleston, which lies in the vicinity of Serenity, according to the world of ‘Sweet Magnolias’. “Years and years ago, on my first visit to Charleston SC, I was walking through the historic district and immediately felt comfortable. At that point, I hadn’t even considered writing a book, but I had this image in my mind of living in an old carriage house and writing. If nothing else, these books mean I get to go back to that region and visit on a regular basis. I love the charm and friendliness and the old traditions and architecture,” said the author.

Despite this influence from real-life towns, Woods chooses to keep the towns in her story fictional for the most part. “I tend to make up the vast majority of the locations in my books, so I can put things where I need them to be and not have the locals yelling at me that I messed up. Of course, because I occasionally mess up the details in my own fictional world, it’s readers who — mostly gently — bring that to my attention,” she explained.

For the characters as well, she relies on the real-life inspirations, adding her own twist to their stories, once she gets to drafting it. “I get ideas for characters from people I meet, see on TV, read about in newspapers, in other words, just about everywhere. I’ll take a trait from one person, a career from another, a background from yet another, and weave them all together into a new character,” she said.

Another important thing in ‘Sweet Magnolias’ is the friendship between Helen, Maddie, and Dana Sue. No matter what they go through in their lives, with their children or husbands or anything else, they always talk it out with each other on Margarita nights. There is nothing they can’t solve by talking it out. For Woods, friendship is an incredibly important part of a person’s life. It is the support system that people rely on, and while framing the characters and their stories, Woods pays special attention to the kind of friends they have. That is the thing that can make all the difference.