15 Best Tamil Movies You Can Watch on YouTube for Free 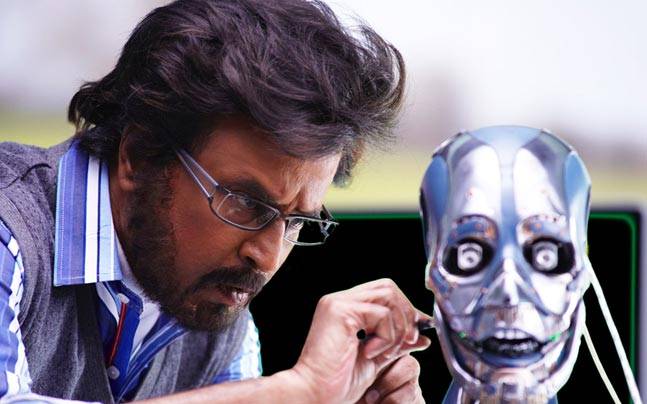 Tamil cinema is the pioneer of indie-movie culture in India. Predominantly based in Chennai, Tamil Cinema is famous for its raw energy and intensity in its movies. The industry has produced many superstars like Rajinikanth, Kamal Hassan and also some of the greatest directors like Mani Ratnam and K. Balachander. The themes portrayed in Tamil cinema are culturally significant and technically brilliant. Despite being caught in the web of commercial cinema, Tamil cinema has been able to produce some brilliant movies that are ready to the nuances of film making. Here is the list of Tamil movies that you can watch on YouTube for free:

Enthiran is a visual extravaganza of Indian Cinema. Never-before-seen visuals, path-breaking VFX, and the evergreen charisma of Superstar Rajinikanth made it a humongous blockbuster. Directed by the genius Shankar, Enthiran is the story of a scientist Vaseegaran, who designs a robot that goes on a mass-destruction after an experiment goes haywire. The movie largely worked for its brilliant moments coupled with a terrific screenplay.  Enthiran was also the movie that widened the horizons of regional cinema. The movie also stars Aishwarya Rai and Danny Danzongpa.

One of the most brilliantly written Tamil films of this era, Sathuranka Vettai is a heist-comedy directed by debutante H. Vinoth. Gandhi is a skilled con man who pulls off many high-profile scams. All the people he has cheated join hands against Gandhi and he has to clear his hands. Sathuranla Vettai was critically acclaimed for its terrific screenplay, and a near-perfect script. Watch it if you are completely bored and it will leave you highly entertained.

One of the most popular movies across the country, Sivaji-The Boss is 180 minutes of pure entertainment. Sivaji marked the first collaboration of director Shankar and Rajinikanth. An NRI returns to India in dreams of providing free education and health services to people. But, the biggest problem comes in the form of a businessman, Adiseshan. A riveting screenplay coupled with the lavish taking makes it even more entertaining. AR Rahman’s stellar soundtrack and a near-perfect direction by the maverick Shankar is what that made it a huge money spinner.

Saamy was the movie that brought immense popularity to Vikram. Saamy is a pure masala movie directed by Hari, who is rather for his Singham series. Highly entertaining and engaging, Saamy was a huge blockbuster. If you are fan of masala movies, then Saamy is definitely your shot.

Baasha was the movie that catapulted Rajinikanth into superstardom. One of the most iconic characters ever portrayed by the actor, Manikkam is an auto driver who lives in peace with his family. An attack on his sister brings back his darker side and his past life as a ruthless underworld don of Bombay is revealed. The movie was aimed at the fan of Rajinikanth, who made it a classic film in the actor’s career. Directed by Suresh Krissna, Baasha is also one of the highest grossing films of the actor’s career. Watch it and get mesmerized with the charisma of Superstar Rajinikanth.

Loosely inspired by the Telugu movie Azad, Velayudham is a trademark Tamil action film. Starring Vijay, Genelia D’souza, and Hansika, Velayudham is about a man who takes upon the disguise of a superhero to fight down the corruption prevalent in the system. Though there are some logic-defying moments, the movie worked on the popularity of the actor. If you seriously need large doses of action, then go with this movie.

KS Ravikumar is one popular director who known to make films with this trademark formula: Huge doses of action, some comedy, thrilling screenplay, everything wrapped in a melodrama of family sentiments. This time, his backdrop being assassins in action mode, attacking a judge and his family. And there is a savior in the form of Suriya, the ever-youthful superstar. The director is a veteran and exactly knows the pace and makes Aadhavan fun and engrossing to watch.

The second part of the blockbuster debut of Vijay Antony, Salim is an edge-of-the-seat thriller which has its own jumpscare moments. A calm, mild-mannered doctor is removed from his job, given his straight-forward nature that does not go well the hospital management. Devastated by the ongoing events, he decides to take the system into his hands. A brilliantly penned movie with a racy narration makes it engrossing to watch. Watch it if you want an adrenaline rush.

The memories of this movie are still as fresh as those just-blossomed jasmines. One of the highly influential movies of the 90s era, Roja introduced the genius of AR Rahman. With a crew of extremely talented technicians and background staff, Mani Ratnam etches a classic. This film is more serious than most of it’s kind, dealing with the threat of terrorists (director Ratnam followed it up with two movies, Bombay and Dil Se) and what a community does about them.

A.L. Vijay’s Thalaivaa is a well-made gangster drama. Inspired by gangster-flicks like The Godfather and Sarkar, Thalaivaa is all about circumstances forcing a man to become a leader. Starring Tamil superstar Vijay, the movie was acclaimed for its breath-taking scenes and slick cinematography. Watch it if you are a great fan of gangster dramas.

Osthii is the official remake of the Salman Khan blockbuster- Dabangg. Starring Simbhu and Richa Gangophadyay in the lead roles, the movie is a self-respecting entertainer. Simbu generally famous for his loud performances, pulls off another such role with his trademark acting. And, there are Santhanam one-liners!

Uttama Villain is all about an aging superstar who is forced to face his mortality. A period comedy starring the brilliant Kamal Hassan, Uttama Villain is one of the underrated films. Hassan pulls off two contrast with brilliance and subtlety. If you have an eye for art and great acting performances, Uttama Villain is worth a watch!

Gilli is one of the biggest blockbusters of Tamil Cinema. Arguably, the first Tamil movie to collect 50 crores, Ghilli is an official remake of Telugu blockcuster, Okkadu. The movie also features the popular Tamil song, ‘Appidi pode’. Vijay with his terrific screen-presence pulls out on terrific movie. Watch it for its riveting screenplay, and over-the-top heroism scenes.

Director Prabhu Solomon’s love affair with hills and forests is evidently written in every scene of his movies. Just like all his movies, Kumki is visually brilliant and uplifting film. Critically acclaimed for its cinematography and direction, Kumki deals with the love story of a mahout, Bomman. The way the lives of tribal people are interwoven with the story is brilliant.

Linguswamy’s Paiyaa is a peppy and a racy road drama. Starring Karthi, and Tamanna in the lead roles, Paiyaa is the journey of two people as they entangled in a series of events. Though panned by the critics, the movie fared well at the box-office. The movie’s Telugu version was a bigger hit. Watch it for soothing and melodious songs by Yuvan Shankar raja and terrific acting by the lead pair!

Disclaimer: We don’t take responsibility for the authenticity or copyright of the videos.