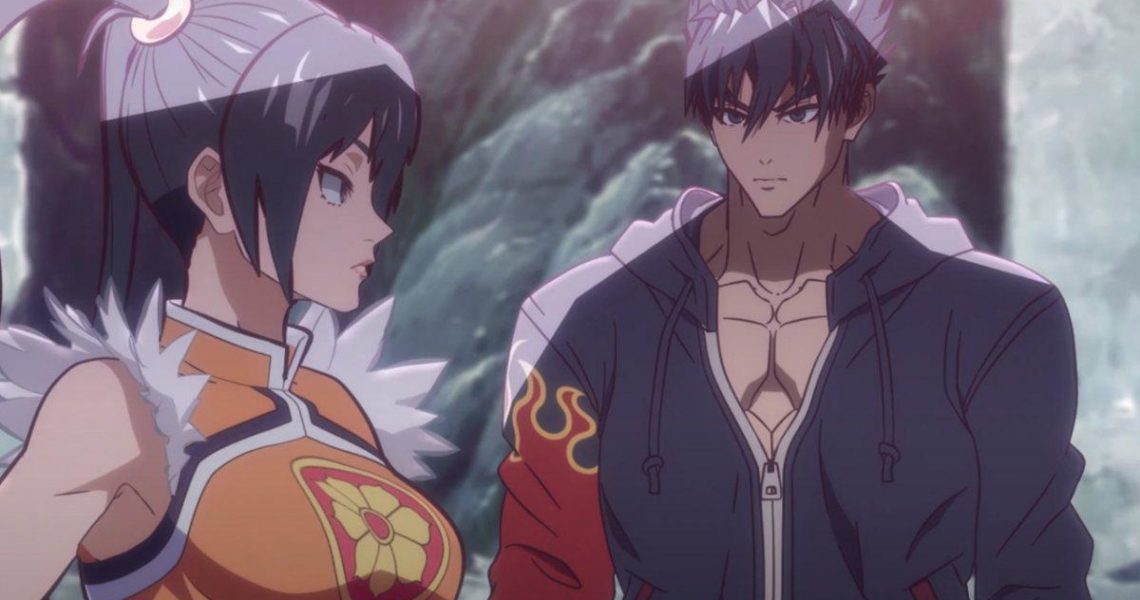 ‘Tekken: Bloodline’ is a Netflix fighting ONA and part of the sprawling ‘Tekken’ multimedia franchise. The anime starts between the timelines of ‘Tekken 2’ and ‘Tekken 3’ video games before adapting the storyline of the latter with considerable artistic liberty. The plot revolves around Jin Kazama, who watches his mother die during a fight with an entity known as Ogre. Following his mother’s last instruction, Jin comes to stay with his paternal grandfather, Heihachi Mishima, who begins teaching him the fighting style of their family so he can exact revenge for his mother’s death someday. But before he can face Ogre, he must win the Third King of Iron Fist Tournament. Here is everything you need to know about the ending of ‘Tekken: Bloodline’ season 1. SPOILERS AHEAD.

At the start of the series, Jin is living in an island community with his mother, Jun Kazama. He is forced to fend off a group of bullies one day. Just when he is about to lose control, his mother appears and stops him. She is teaching him the Kazama fighting style and the philosophy that goes with it. Although Heihachi later declares Kazama as a pacifist style, it is definitely not that. It simply asks its practitioners to learn the difference between the times for defense and times for an attack. Shortly after Jin has fought the bullies, Ogre appears. While Jun identifies Ogre as a demon, it is referred to as Toshin or the god of fighting in the video games. Jun sacrifices herself in the ensuing fight so that her son can escape.

Jin subsequently makes his way to the headquarters of the Mishima Zaibatsu. Initially, Heihachi has no interest in Jin, even after learning that the boy is his grandson. However, after discovering Ogre killed Jun, he suddenly declares that he will help Jim. 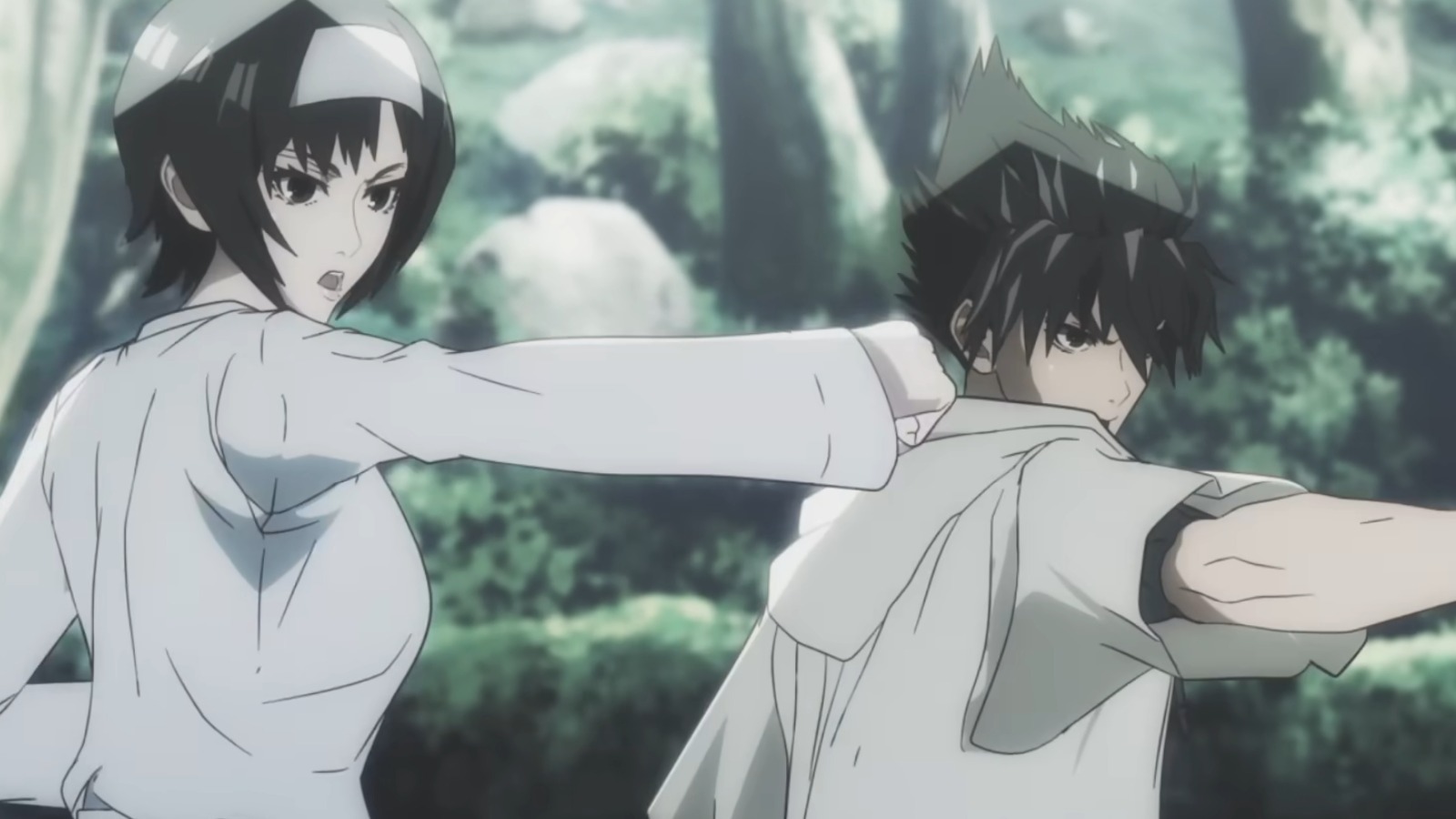 For the next four years, Jin trains under Heihachi’s cruel tutelage. During this period, he becomes acquainted with Hwoarang and Ling Xiaoyu. At the early stage of Jin’s training, Heihachi tells him that after every lesson, he must fight his way past the older man to leave. The day Jin succeeds in doing so, his training will be complete. After failing for four years, Jin eventually manages to bring his grandfather to his knees, signaling the completion of his training.

Heihachi subsequently arranges the Third King of Iron Fist Tournament. Over the years, several other elite fighters have gone missing. Heihachi believes that they suffered the same fate as Jun. He tells Jin that he believes that Ogre feeds on the energy of the fighting spirit, so it’s unlikely that the entity will be able to resist the tournament. Heihachi makes it clear to Jin that if he wants to fight Ogre, he must become the King of Iron Fist. Along with Jin, some of the contestants who participate in the tournament are Hwoarang, Ling Xiaoyu, Leroy Smith, Paul Phoenix, Nina Williams, King II, Kuma II, and Julia Chang.

The tournament takes place in the Iron Fist arena in Peru. After defeating all his opponents, Jin faces his grandfather in the final round. Jin’s triumph against Heihachi leads to the return of Ogre, whom Jin must defeat in the season finale.

From his grandfather, Jin learns about his Devil Gene, which he inherited from his father, Kazuya Mishima. It’s a supernatural genetic uniqueness known to manifest in the members of the Hachijo Clan. Through Kazumi, Kazuya’s late mother and Heihachi’s wife, Kazuya, and Jin are members of the said family and possess the Devil Gene. When Heihachi tells Jin that he doesn’t know the source of the Devil Gene, he is lying. He knew that his wife had it. In fact, Heihachi killed Kazumi when she attacked him in her Devil form, claiming it was her destiny to kill him as Heihachi would become a great threat to humanity. 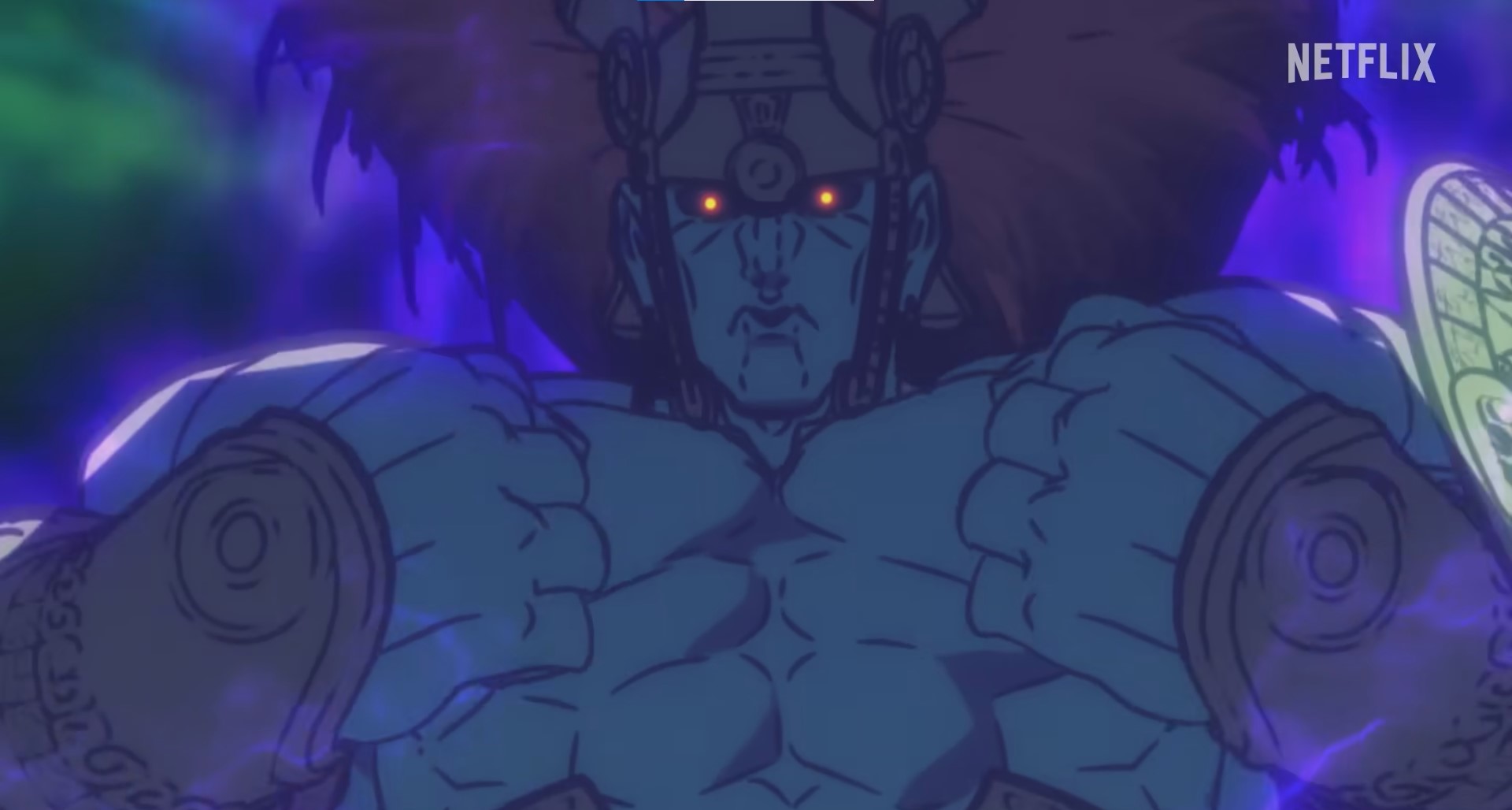 It was Jin’s Devil Gene that drew Ogre four years ago. This time, while Jin fights Heihachi, he is partially consumed by the effects of his Devil Gene. Soon, the pendant that originally belonged to Julia Chang’s mother begins to glow, signaling the arrival of Ogre. However, Jin defeats the entity with surprising ease. Even when it assumes its more powerful True Ogre form, Jin prevails with the help of his friends.

The “bloodline” part of the show’s title refers to the duality of Jin’s nature as the scion of both the Kazama and Mishima families. In the course of the series, Jin learns how despicable his father was and his grandfather is. Julia reveals to Jin that Heihachi was the one who unleashed Ogre on the world. Although the show doesn’t offer much explanation in this regard, we know from the games that Heihachi only agreed to help Jin because he wanted to capture and harness Ogre’s immense power. 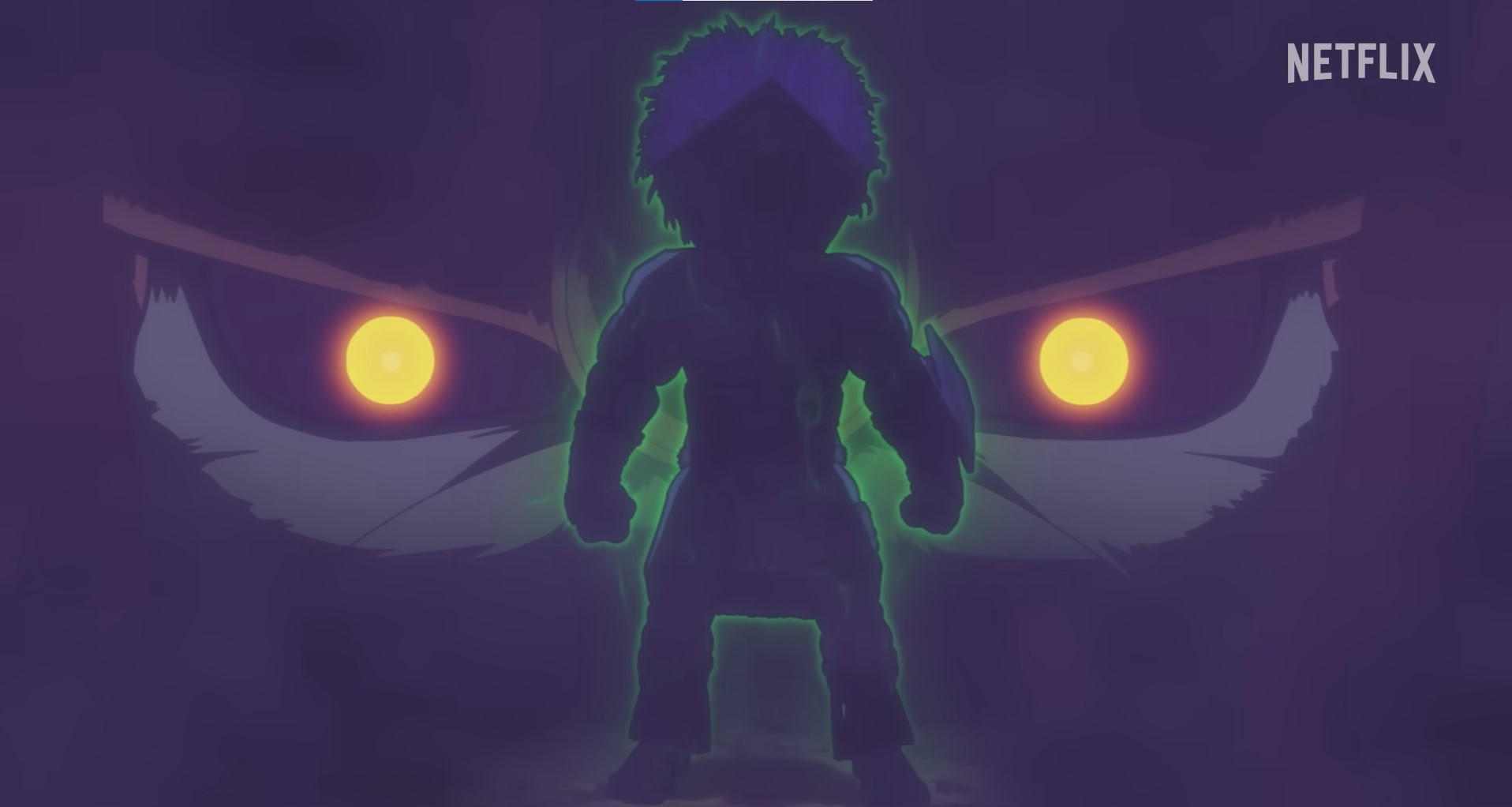 After Jin defeats and kills Ogre, Heihachi shoots him, claiming that he is the only person capable of protecting the world from the Devil Gene. However, Jin doesn’t die. Instead, it triggers his complete transformation into Devil Jin. In the form, he once more defeats his grandfather but stops short of killing him, remembering his mother’s words. As the season ends, Jin flies away in his devil form, just as he does at the end of ‘Tekken 3.’

The ‘Tekken’ franchise predominantly revolves around the vicious conflict among several generations of Mishima family. After killing his wife, Heihachi threw his young son off the cliff, correctly believing Kazuya also possessed the Devil Gene. He thought if the boy survived the fall, it would mean that he had inherited the gene from his mother. And indeed, Kazuya is revealed to be alive. In the first ‘Tekken’ game, he defeats his father and throws him off a cliff. This becomes a recurring motif in their horrible relationship.

In ‘Tekken 2,’ it turns out that Heihachi has survived the fall. He wins against his son and throws him into a volcano this time. As mentioned above, ‘Tekken: Bloodline’ is a loose adaptation of ‘Tekken 3,’ when Heihachi thinks that his son is dead for good. However, the Mishimas once more prove that they are hard to kill. In ‘Tekken 4,’ set 20 years after the events of ‘Tekken 2,’ it is revealed that Kazuya has been brought back to life by the biotech firm G Corporation. He participates in the fourth King Iron Fist Tournament, once more in the pursuit of vengeance against his father.