Temptation Island Season 2 Couples: Where Are They Now?

As the name suggests, ‘Temptation Island’ exposes four unmarried couples to a group of single people who try to win them over. The show is designed for people who want to test their partners’ loyalty. But as soon as they land on the show, they find themselves excavating the reality of their own nature as they fight against temptations and urges. The idea behind the show is basically a social experiment where the couples are arranged to live separately from their respective partners in order to discover if they are more compatible with other people.

It takes place on the island of Maui in Hawaii, which provides the perfect opportunity for the contestants to mingle and explore what they want as individuals. At the end of the day, it all boils down to a single question: How much can a relationship endure? As a result, we decided to find answers by looking into the present lives of the contestants in season 5. Here’s everything we found. 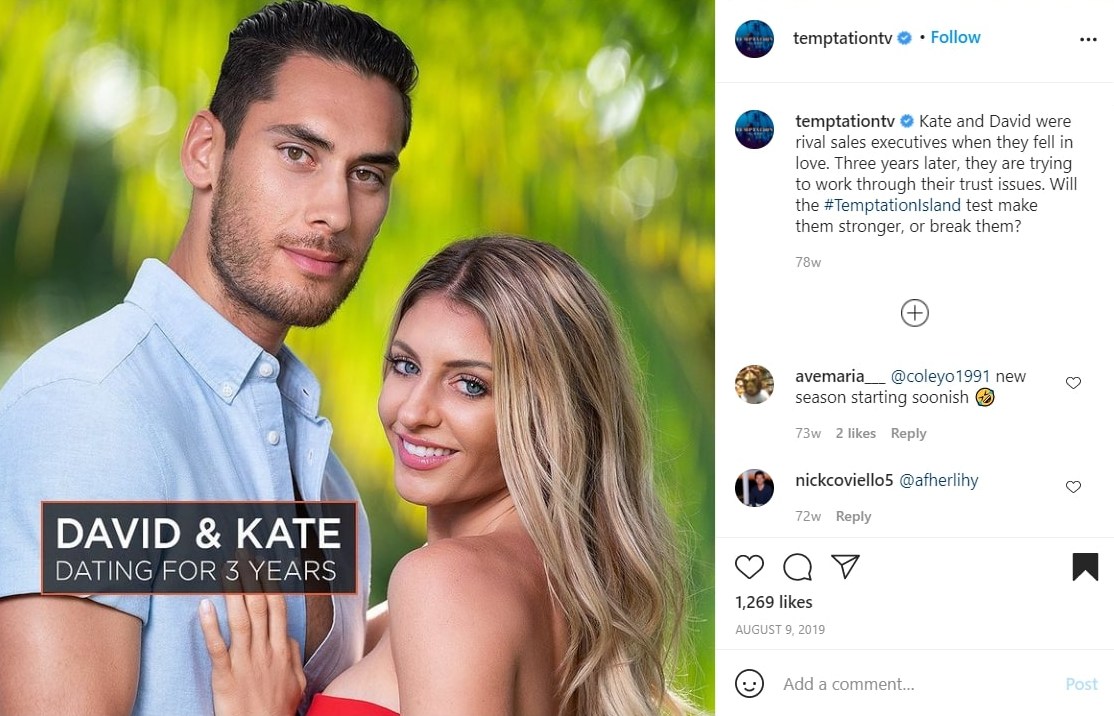 David Benavidez and Kate Griffith began their journey on ‘Temptation Island’ after three years of togetherness. The pair had a history of strained relationships, although the bond between them never failed anyhow. They joined the show to evaluate the seriousness of their relationship. Kate was loyal throughout the show, as she placed boundaries between her and the other men in the villa. However, David allegedly ended up cheating on Kate by indulging in sexual activities with other women.

David left the show with Toneata, one of the contestants he developed feelings for, while Kate decided to remain single and work on herself. But soon enough, Kate disclosed that she was back with David in December 2019 and even shared an Instagram post stating the same. But the picture has now been deleted, and Kate is currently dating another man named Anand Sukhadia. It seems like they parted ways for good! 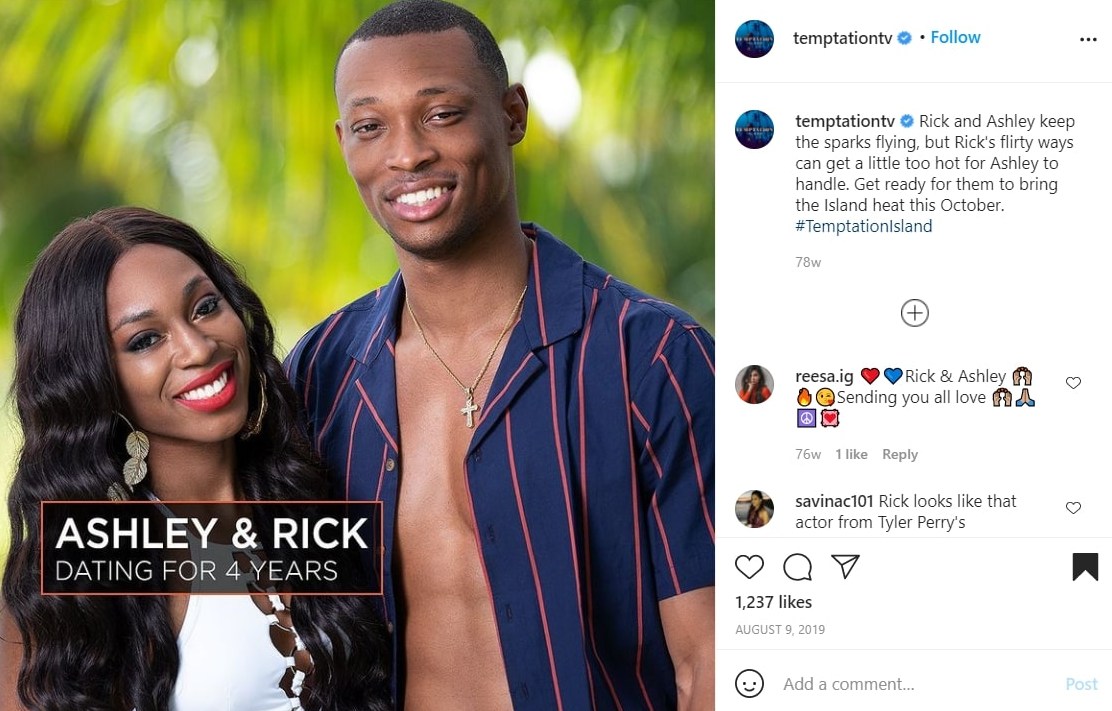 Rick Fleur and Ashley Gordon had been in an on-and-off relationship for four years. She made it clear to Rick that he was free to interact with other contestants and form connections, while maintaining a physical distance. Rick’s history of unfaithful behavior erased Ashley’s trust in him, yet she was willing to give it another try.

So it came as a shocker when Ashley hooked up with KB on night one. Rick, on the other hand, was exploring his chemistry with Medina. The couple clearly parted ways but still decided to remain friends. In December 2020, Ashley revealed that she was working on her friendship with Rick, who confirmed that he is single.

For everyone wondering I’m single. 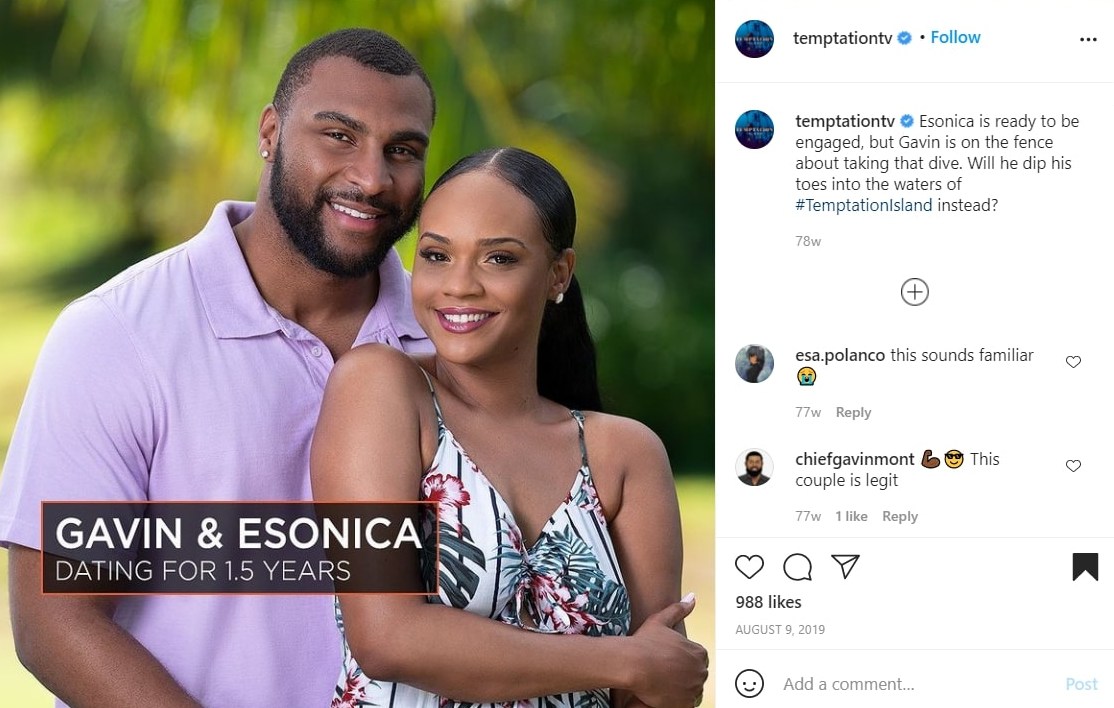 Among all the couples in the show, Gavin Rocker and Esonica Veira showed a lot of promise, and fans were also rooting for this strong couple. But they split up by the time the show ended, with Esonica leaving the Island with Kareem. Gavin did not form any substantial connections and was still adamant about continuing his relationship with Esonica.

Fans were disappointed, but they empathized with the duo and supported Esonica, who was receiving solid backlash from audiences. Even though they broke up, they remained friends and were reportedly following each other on social media. There hasn’t been any news about a possible rekindling, but fans are on the watch. 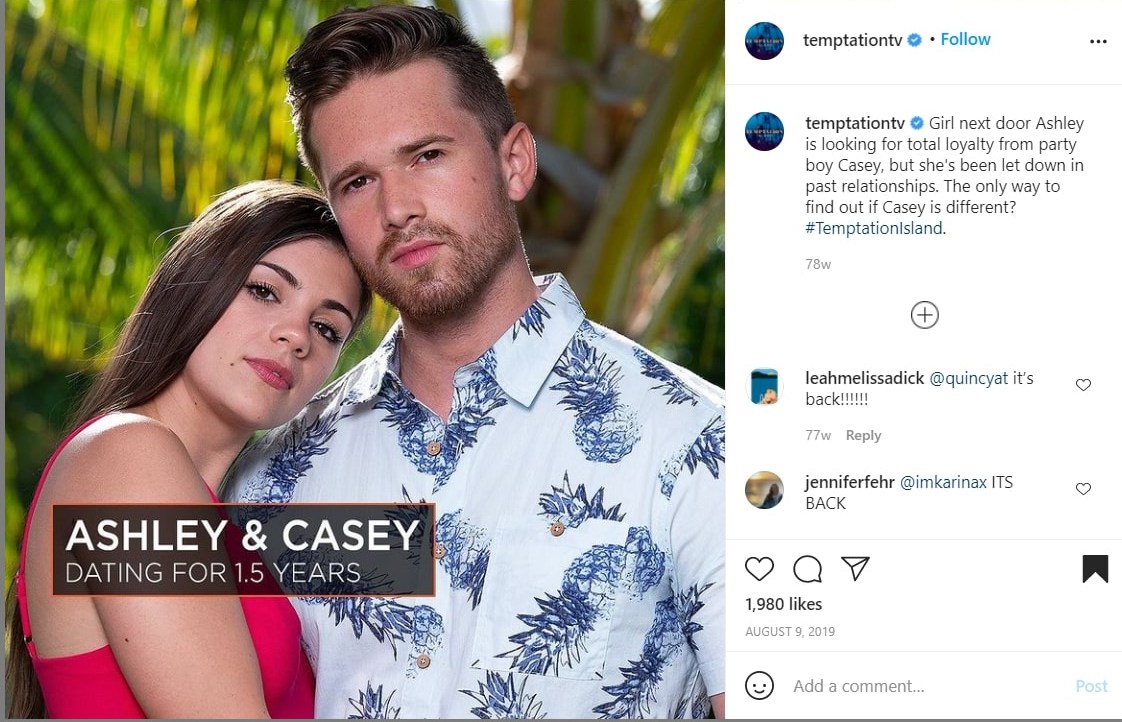 Casey Starchak and Ashley Howland had been together for a long time. Still, she deviated towards another contestant Ben Knobloch and didn’t budge even when Casey proposed to her during the finale. She thereafter left the island with Ben, but even though things looked smooth from the outside, she was in a rut after her split with Casey.

At the reunion, she claimed that her relationship did not work out. Ashley got involved with Casey during the time she was seeing Ben, which allegedly caused their breakup. She did admit that she kissed her ex-boyfriend on being asked. But things did not escalate after that. The two don’t seem to be friends either.