Where is Terra Bullis Today? 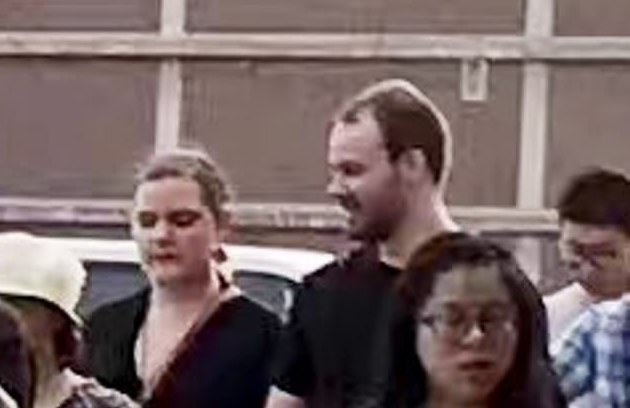 ABC’s ‘20/20’ shifts its focus on a case that not only startled the whole of Illinois but also the whole nation. This happened when Brendt Christensen was found guilty of kidnapping and murdering a Chinese visiting scholar at the University of Illinois in Urbana-Champaign, named Yingying Zhang. She was caught entering a black Saturn Astra, by the street surveillance camera, on 9 June 2017, which also happened to be the last time anyone saw her alive.  The case saw its answers when Brendt’s confession was brought to light by his former girlfriend, Terra Bullis.

Who is Terra Bullis?

Terra Bullis is the former girlfriend of Brendt Christensen. Though many details of how they came together have not been revealed, the two allegedly met each other through OKCupid, even though Christensen was married at the time to Michelle Zortman. After the case investigators found Brendt Christensen as a prime suspect in the disappearance of Yingying Zhang, they reached out to Terra Bullis. Bullis agreed to help out with the case, by wearing a wire and speaking to Christensen.

She thus went with Christensen to a march for Yingying Zhang, where what he told her would bring precise clarity along with much shock to what happened to Zhang after she was kidnapped by Christensen. The two allegedly had a dominant-submissive relationship and Christensen had asked Bullis to wear a collar to the vigil, which ultimately did not end up happening. She said, “I told him it would be inappropriate. He seemed to be smiling a lot and happy.” As per reports, she recorded him stating details of the crime around nine times. In the recording,  Bullis asked Christensen if she fought back, to which he could be heard saying that she fought more than anyone else. This is after he stated that she was his 13th victim. Though the police officers did not find any evidence to support this, it nonetheless was a shocking detail.

VIDEO: The UI has confirmed Brendt Christensen was at the march for #YingyingZhang last Thursday. Our news crew caught him on video @WCIA3 pic.twitter.com/m2Vfi2cHbI

Furthermore, in what Christensen revealed to her, he said, “The last person I would ever consider at my level that actually did anything was Ted Bundy,” Christensen is heard telling Bullis in the recording while commenting on the “legacy” he wishes to leave behind.” And when Bullis asked him if he thinks he is the next serial killer, he stated that he already was. He said that he had hit Zhang on the head with a bat and that she just didn’t die even though he tried to choke her. He also sexually assaulted her. He said, “I tried to choke her to death but she didn’t… she was, couldn’t believe it, she just didn’t die. It was unbelievable. It was supernatural almost how she didn’t give up.” Bullis also testified in the trial in which she allegedly stated that he seemed really proud of what he had done when he spoke to her. In addition to this, she said, “I was emotionally attached to this person and wanted to know if they had done anything or not. I would be able to inform both myself and potentially law enforcement.”

As expected, during the trial, she also admitted that she was extremely scared throughout the whole process. When prosecutor James Nelson asked her what the thumping sound heard on the audio was, she said that it was her heartbeat. In any case, Terra Bullis was instrumental in aiding the law enforcement to bring some sense of justice to both Yingying Zhang and her family and loved ones, through the task she agreed to undertake.

Where is Terra Bullis Now?

Terra Bullis has little to no social media presence at the moment, and understandably so, due to the ordeal, she went through in public light till the trial. She was reported to have been traumatized after the whole thing, so much so that she found it difficult to work in the public sphere any longer. The FBI also gave her financial aid of around $ 7000 to $ 8000. (Feature Image Credit: IMGUR/Dailymail.co.uk)