Terry King Murder: Where Are Derek and Alex King Now?

In November 2001, a shocking crime gripped the residents of Cantonment, Florida, because of the crime’s nature and the perpetrators’ age at the time. Investigation Discovery’s ‘Redrum: Families and Foes’ chronicles how Terry King was murdered by his two sons, Derek and Alex King, who were just children when the slaying occurred. So, if you’re curious to discover why exactly Derek and Alex took that drastic step and what has happened to them since then, we’ve got you covered.

How Did Terry King Die?

Terry Lee King was a Florida native born in April 1961 to Wilbur Eugene King and Thelma Joyce Robinson. He was married once, and later had two children with another woman named Kelly Marino, an exotic dancer at the time. They were Alex and Derek, but Kelly abandoned them when they were six and seven years old, leaving Terry to raise them. He worked at a printing plant and did his best to provide for the children, but they always lived under challenging conditions.

On November 26, 2001, the authorities were alerted to a fire at a residence in Cantonment and rushed to the area. Once the blaze was brought under control, they found Terry inside in his favorite recliner. The 40-year-old’s head was bashed in; he had suffered extensive blunt force trauma to the head. It was clear that Terry had been murdered, and someone tried to set fire to cover up the crime.

The authorities then began to look for Terry’s sons, Alex and Derek, who were 12 and 13 years old at the time of the incident. The day after the body was found, the kids turned themselves in at the advice of Rick Chavis, a family friend. The police then learned of the struggle the boys went through growing up. Derek was initially sent to live with a foster family. However, about 6 years later, he started acting out, leading the family to send him back to their father.

Terry was poor, and the kids spent much time alone or with strangers. Right after their mother left, the boys were put in a Christian home and later placed for adoption. Within a year, Alex returned to live with his father, while Derek returned home during the fall of 2001. At one point in November 2001, the boys ran away from the house and ended up living with Rick. He even hid them from Terry when he came looking for them.

The investigation revealed that Terry eventually found the boys and got them home, and the teenagers were scared of the punishment they would receive from their father. In a confession, Derek said, “I was just afraid that once he got both of us back, he would get physical with both of us at, at, both of us at once.” So, they decided to kill Terry. Alex admitted that it was his idea, while Derek was the one who used an aluminum baseball bat to strike Terry.

Alex described the attack in detail, saying, “So he, he hits him with a bat the first time. Sounds about like wood cracking or — hitting concrete or something. And so he hits him, and the third time the bat makes contact with his head. Blood comes from — and he keeps hitting with it — then he smashed, he smashed his face in.” But the authorities found it hard to discern a motive behind the killing.

Alex admitted that their father provided for them and ensured they were well fed and clothed. There had been no reports of physical or verbal abuse. All Alex had to say was, “He was staring us down every time we got in trouble. He was using, um, extreme eye contact.” The authorities then turned their attention to Rick. He was a convicted child molester and had a particular interest in Alex. In 2002, the boys changed their story, initially saying that Rick had forced them to kill Terry.

Alex claimed that he and Rick also indulged in oral sex and said he believed that he was in love with Rick at one point. In another version, Alex and Derek claimed that Rick killed Terry and forced them to take the blame. During their initial confession, the boys said they called Rick after the killing. As per them, he picked them up, and once they told him about what happened, he suggested they tell the police it was self-defense.

Where Are Derek and Alex King Today?

The prosecution decided to try Rick Chavis for the murder first based on the boys’ statements. But he was acquitted of the murder and the molesting of Alex. However, he was found guilty of being an accessory to the murder after the fact and witness tampering. The boys eventually admitted to the murder, stating that Rick did influence their decision to kill Terry. They said he gave them weed and talked about how they could live easygoing lives if their father were out of the picture. 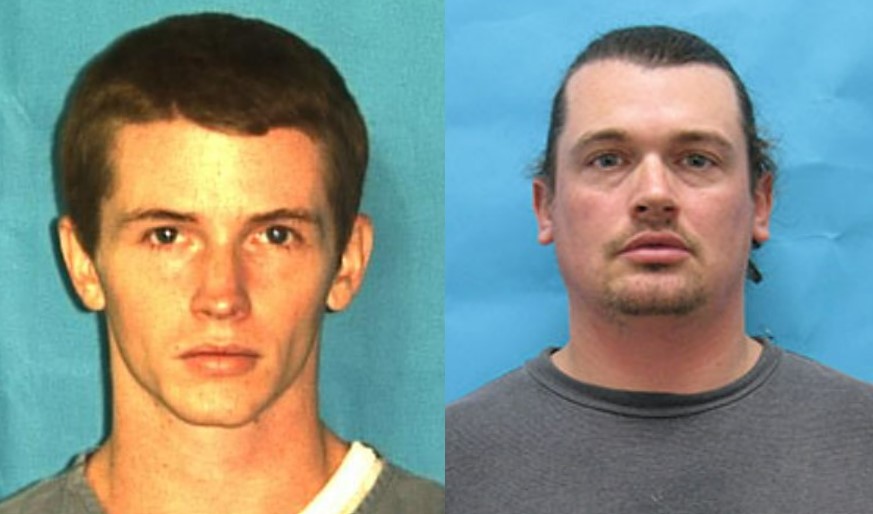 Derek and Alex pled guilty to third-degree murder and arson in November 2002 after their initial second-degree convictions were thrown out. While Derek was sentenced to eight years in prison, Alex received a seven-year sentence. While serving time at a juvenile facility in 2005, Alex tried to escape but was caught, eventually receiving five years of probation. After his release in 2008, Alex moved to Jacksonville, Florida, to live with Kathy Medico, who supported the brothers while they were in prison.

However, Alex was arrested in 2011 after leaving the scene of a car crash. This violated his probation, and he was sentenced to three years in prison. Alex was then released in December 2013. He was enrolled in community college and talked about being interested in microbiology. Furthermore, Alex spoke about being with his girlfriend in California after his release.

As for Derek, he moved to a ranch in Texas and lived there with Dan Dailey, another stranger who came to the brothers’ aid while they were incarcerated. However, he left after six months, moved to Jacksonville, and as of 2013, worked at a restaurant there. He was saving money to finish college and was previously enrolled in the same community college as Alex.

Furthermore, Derek was reportedly sent to prison in Virginia for allegedly abusing his stepson, only being released in 2021. In 2016, it was reported that Alex moved to the ranch in Texas run by Dan called Estrella Vista. Since then, the brothers have maintained a low profile, and it’s unclear what they currently do.